A sculptural bridge has opened at the Gold Coast’s Home of the Arts (HOTA) precinct, a vast riverside park and cultural precinct masterplanned by ARM Architecture and Berlin-based Topotek 1.

The bridge, designed by ARM and Archipelago, with landscape architecture by Cusp and Archipelago, connects HOTA with Chevron Island across the Nerang River. It was opened by Gold Coast mayor Tom Tate on 3 February. The bridge cost $19.5 million to design and construct and marks the second and smallest of the three major projects that comprise the overall HOTA precinct.

The five-metre-wide bridge spans 130 metres over the river, and is wrapped in an artwork façade, by Warren Langley and Jess Austin, comprised of 26 anodized aluminium modules. The landing at HOTA, which sits on a bulbous green platform, has been designed to be a home to performances or small vendors.

The first major project completed within the precinct was an outdoor stage that would which won a National Award for Public Architecture at the 2019 National Architecture Awards.

The precinct will eventually also host a new art gallery, also designed by ARM, that will contain the art collections of the City of Gold Coast. The gallery is currently under construction and is due to open in 2021.

ARM and Topotek won a competition for the masterplan of the precinct in 2013, with a proposal derived conceptually from Voronoi patterns in both its architectural and landscaping concepts as a way linking new structures with ones already present on the site. 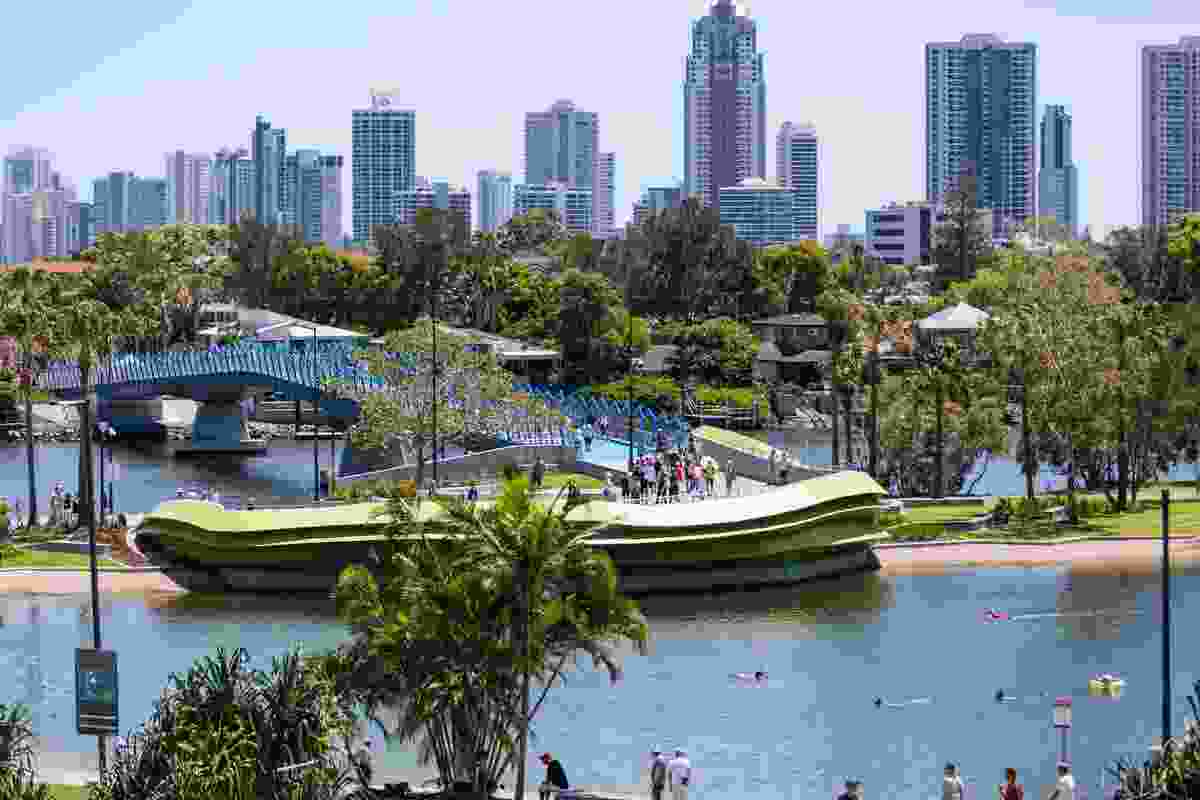 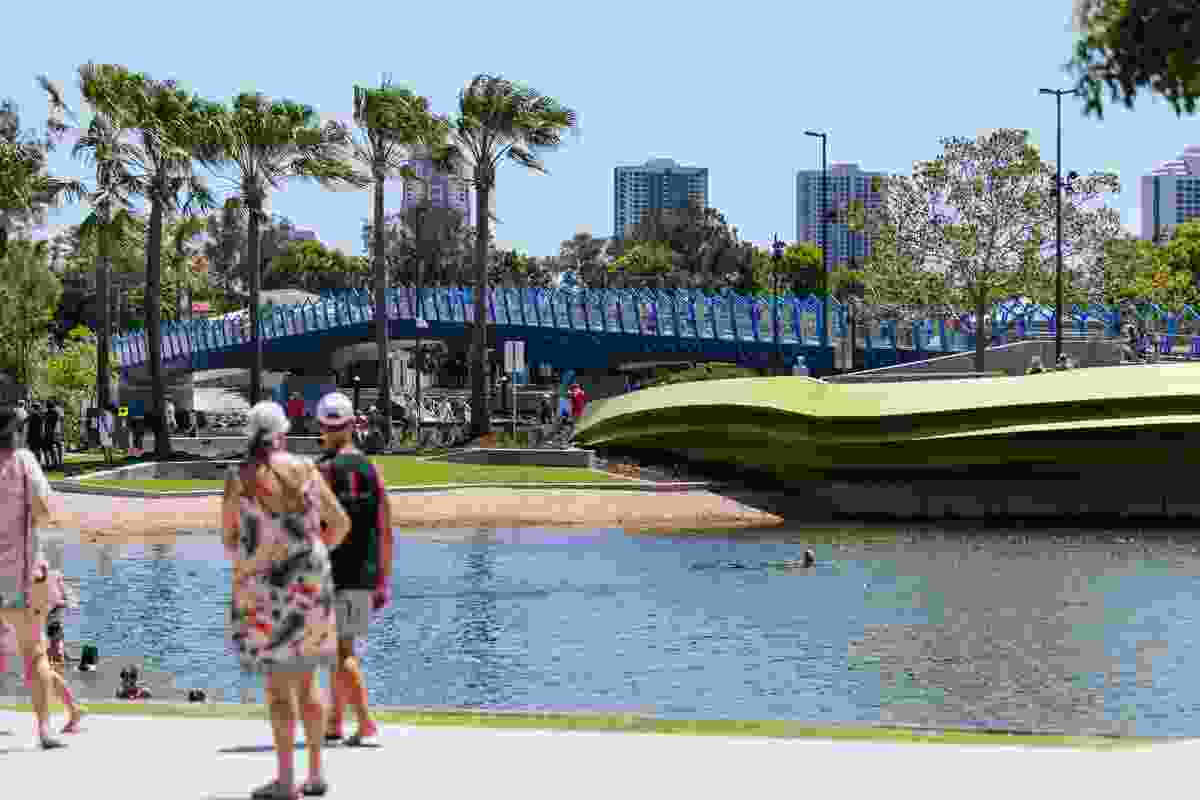 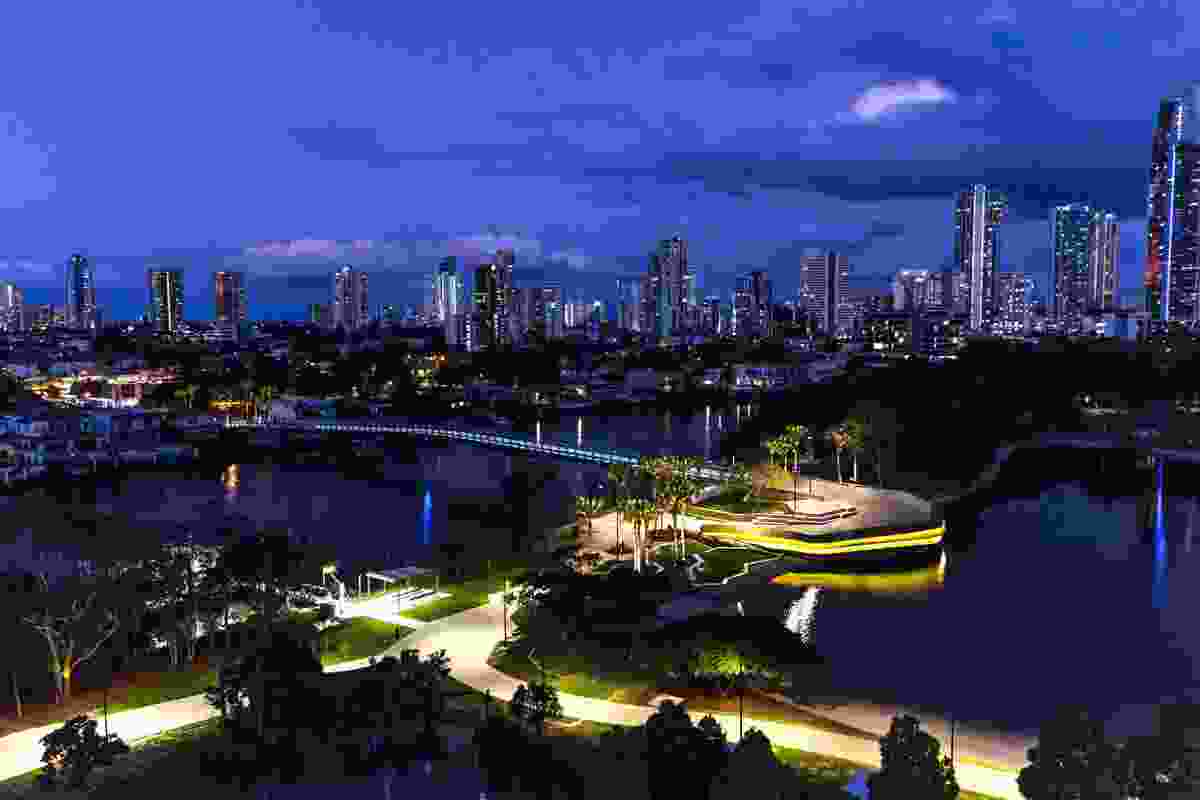 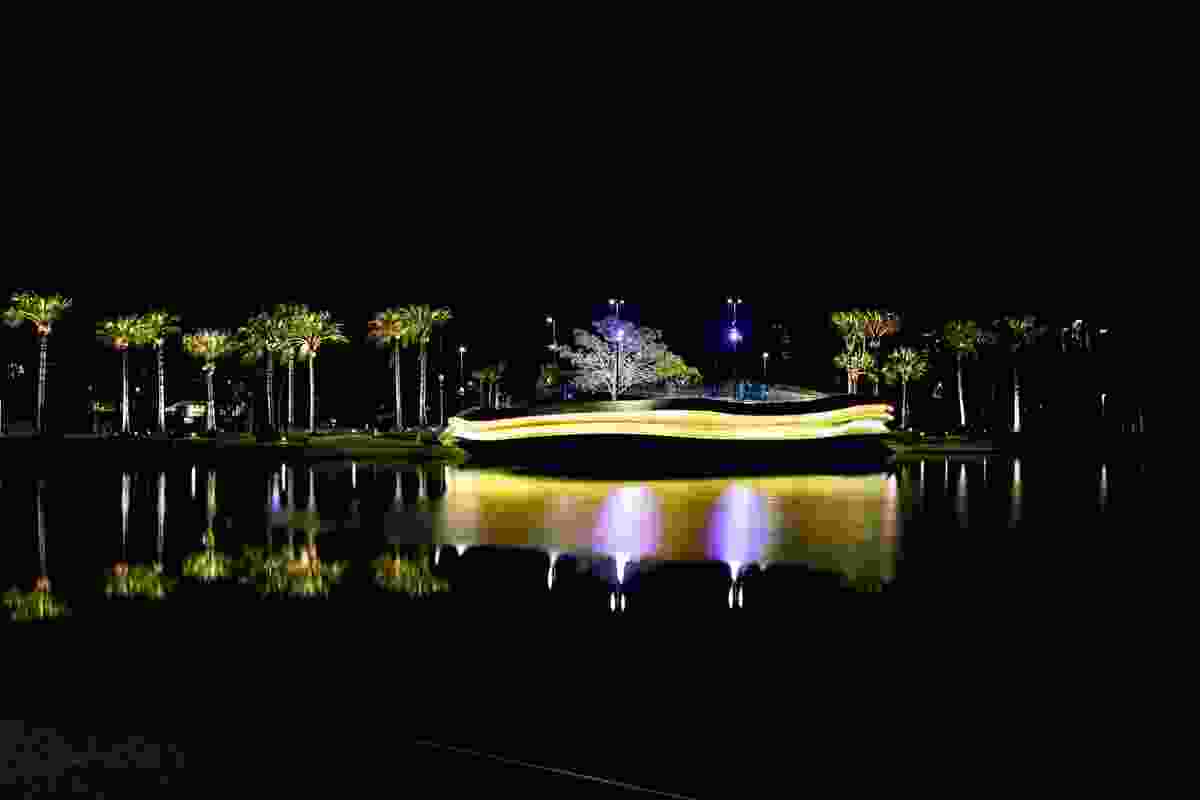 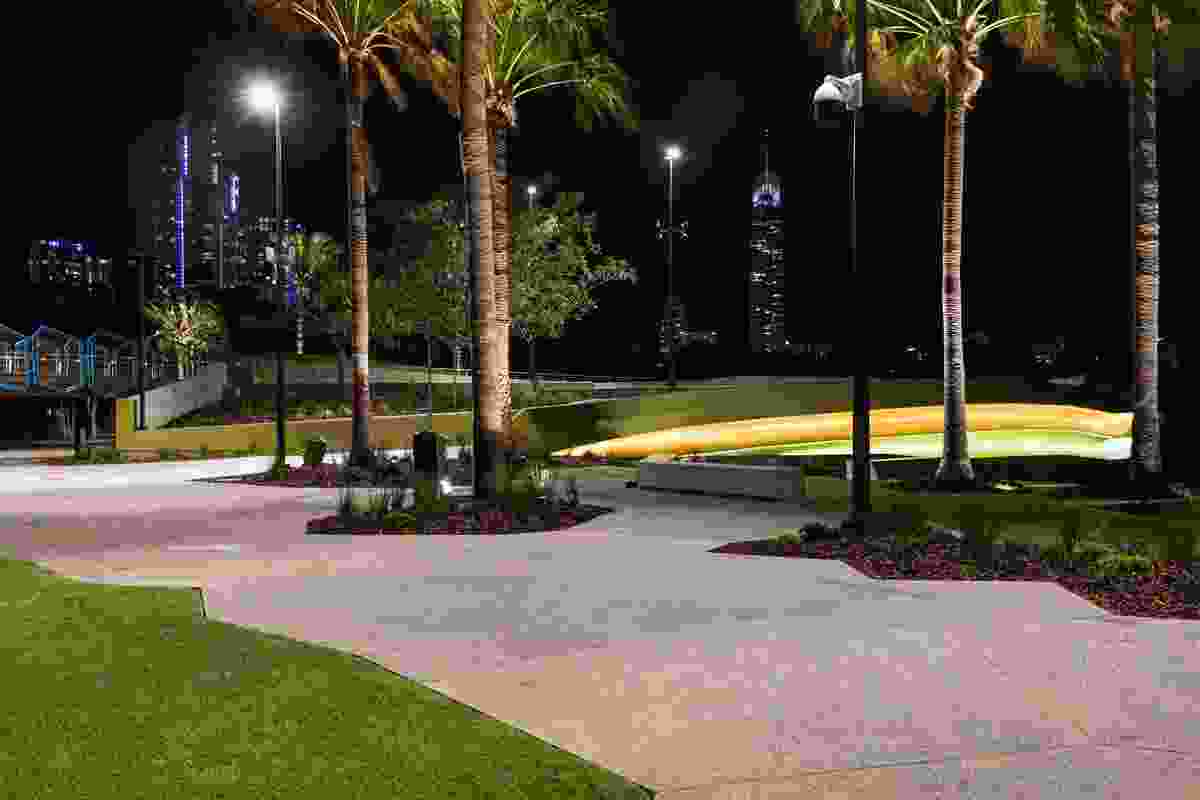