The pixelated facade represents a mirage in the flat landscape.

Port Hedland’s climate of cyclones, intense weather patterns and heat distortion was used to generate the building’s pixelated facade and form. From the start, ARM considered the facade of the building as a mirage – a shimmering, rippling screen on an otherwise flat landscape. The pixelation effect on the entry facade appears as a subtle pattern from a distance, and becomes bold and chunky close up.

Kevin Scott Oval is already a significant destination for major sports and social gatherings for the local community and fly-in-fly-out workers – a large part of the population as the mining industry is the dominant employer. A new masterplan expands the surrounding playing fields and includes this new multipurpose recreation centre that increases the complex’s capacity and facilities.

The main building houses an indoor playing court (for basketball, netball and indoor soccer) that incorporates two volleyball courts, two mini basketball courts, and four badminton courts. This court as a whole has fixed and retractable seating for 404 people. Other facilities include a gym, squash courts, club rooms for the local football teams, function rooms, a short-term child minding facility, reception and administration areas, kiosk and tea-room facilities, amenities for the main hall, and meeting facilities. Outdoor playing courts for netball and basketball are next to the main building, and at its rear are facilities relating to the adjacent Kevin Scott Oval, including a spectator’s stand, change rooms and spectator suites.

The building is a concrete slab and steel-framed construction. Its facade has two layers – a modular vitreous enamel cladding system with a sealed galvanized rain screen behind the panels. There are a number of typical panel types and colours to create the facade patterning while structural glazing systems align with the facade modules.

Integrated LED lighting is included in the east entry facade. Vitreous enamel panels are used for the main east entry space and internally as part of the cladding on the reception desk. Coloured stained plywood panels and balustrade panels are used in the foyer and main hall spaces. The roof is a stepped metal deck roof in two-tone stripes to represent the colours of the South Hedland Swans football team, who have their home ground at the nearby oval.

The multipurpose recreation centre will be officially opened in June 2012. 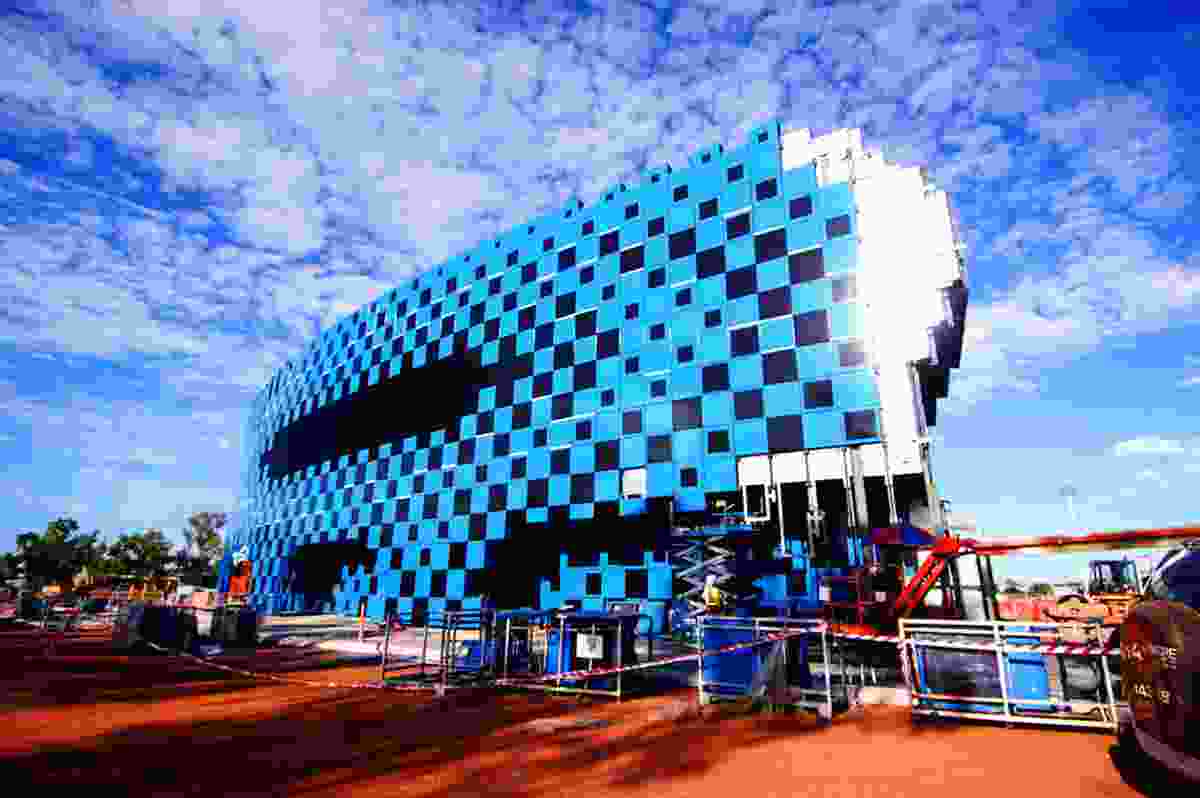 The pixelated facade represents a mirage in the flat landscape. 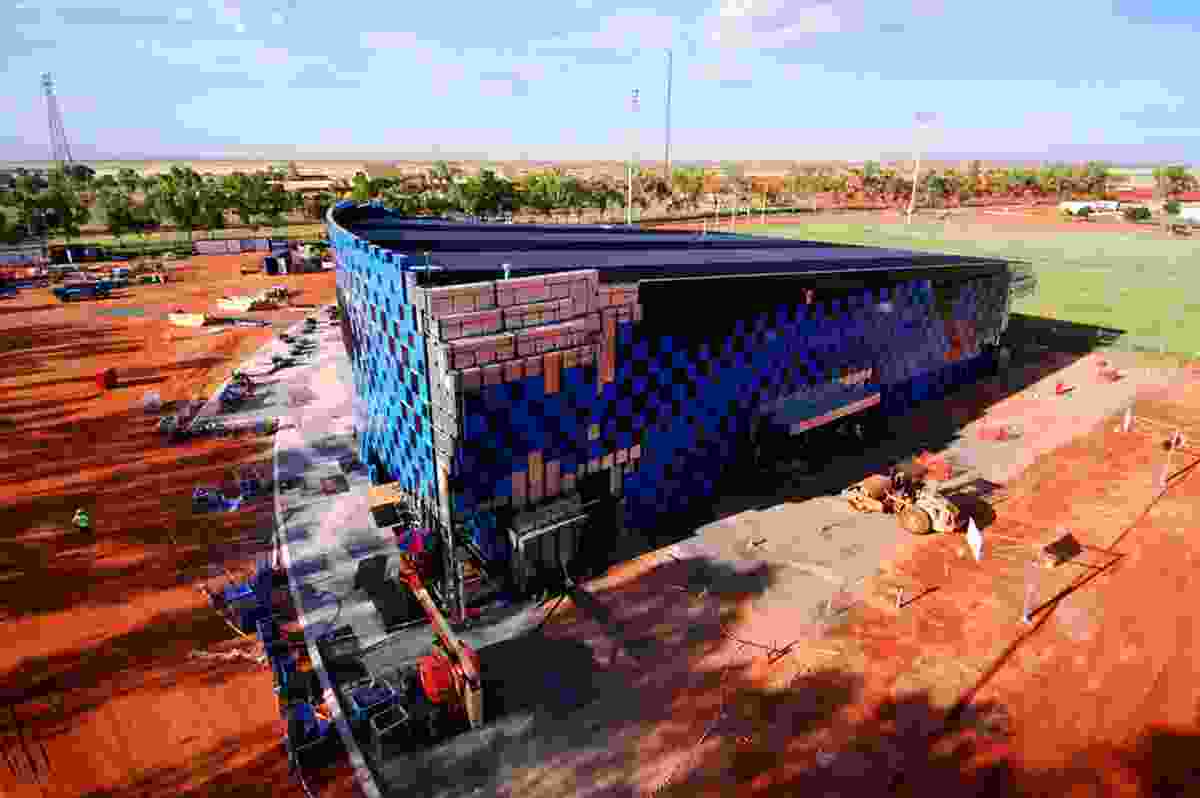 The facade under construction.

The entry facade can be seen from a distance. 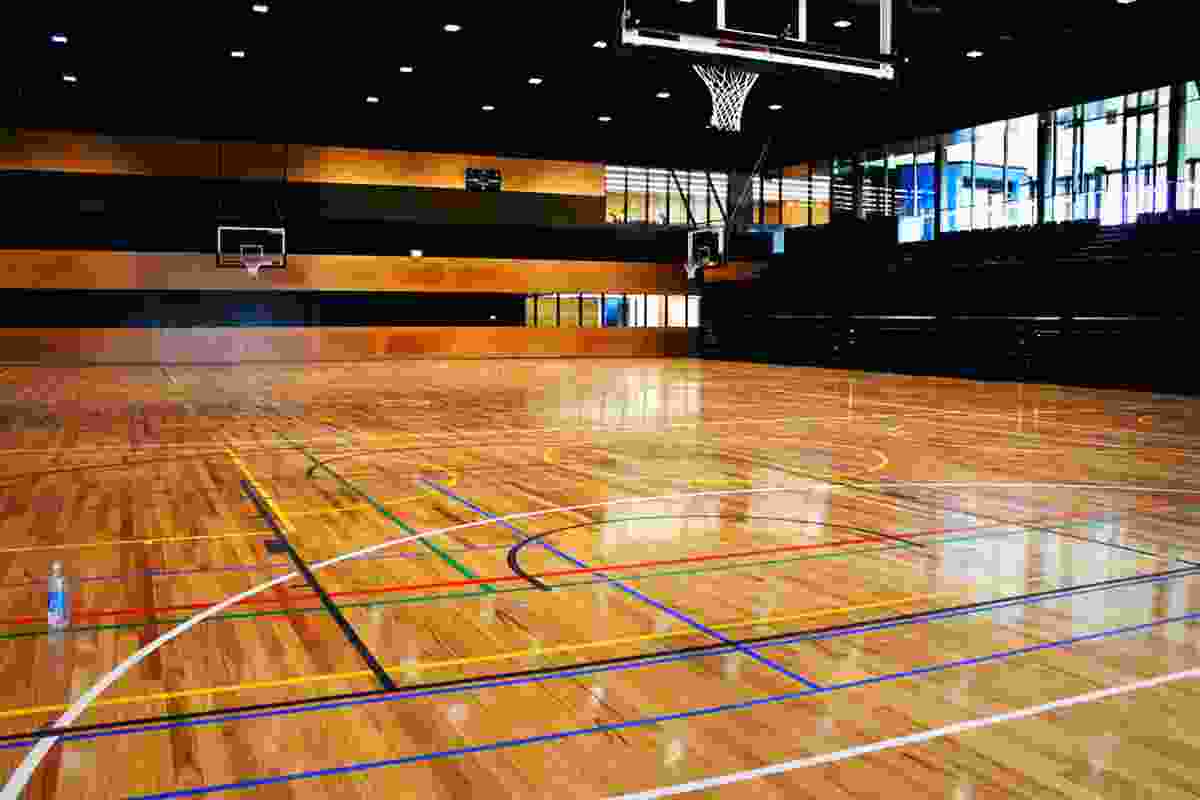 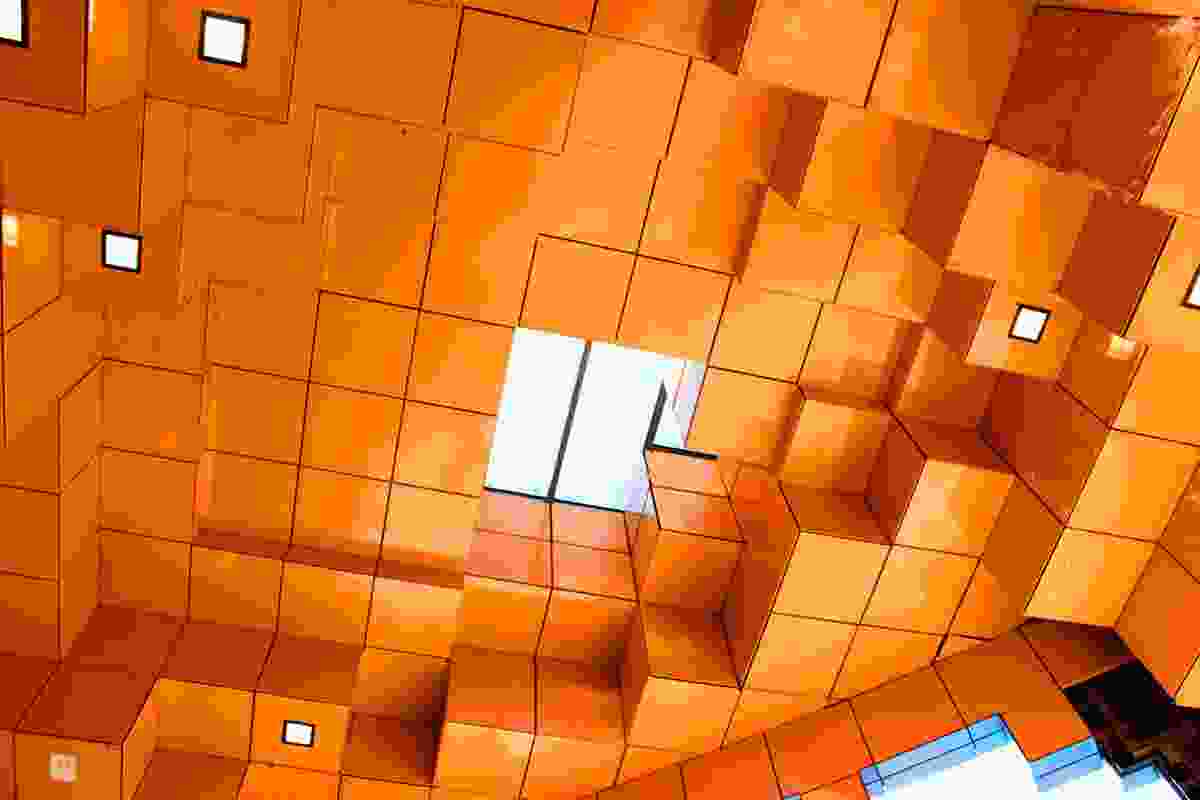 The ceiling reflects the pixelation of the exterior facade.