ARM to make a “Splash” on the Gold Coast

Dubbed “Splash,” the project by ARM Architecture will feature an outdoor, grassed amphitheatre, seating up to 10,000 people, and a stage structure in the form of giant splash of water in suspended animation. The stage will “provide concert-goers with one of the world’s most breathtaking amphitheatre backdrops,” said Mayor Tom Tate.

The proposed Gold Coast Cultural Precinct will be located at Evandale, a seventeen-hectare site bounded by Bundall Road and the Nerang River, opposite the residential and retail precinct of Chevron Island. The site is currently home to parkland as well as a number of civic and public buildings including the Gold Coast City Art Gallery.

Stage One works will also include a Riverside Hub, which is to be adapted from the existing Riverside building that will accommodate a new cafe, gallery and administration spaces and potentially a creative tenancy. In addition, the development will make a start on a sub-tropical outdoor garden, Artscape, linking the proposed new facilities with enhancements to Evandale Lake.

The jury unanimously awarded the scheme for its “playful and inclusive” design, which incorporated everything from skateboarding to theatre and opera, contemporary art, fashion and public gardens. Central to the masterplan is a fourteen-storey spiralling tower that will become the New Arts Museum, topped with a bungee platform. In addition to the Splash outdoor amphitheatre, the precinct will also have two indoor theatres, seating 1200 and 350 respectively.

Throughout 2014, ARM and Topotek1 worked with the local council, stakeholders and consultants, including national event promoters, to refine their initial design, ensuring the proposed amphitheatre can be used all year round in all types of events including concerts, fashion parades and outdoor cinema.

Construction of the amphitheatre will begin in early 2016 and is scheduled for completion ahead of the 2018 Commonwealth Games on the Gold Coast. The remaining parts of the masterplan will be gradually delivered over the next ten to fifteen years.

ARM to make a “Splash” on the Gold Coast 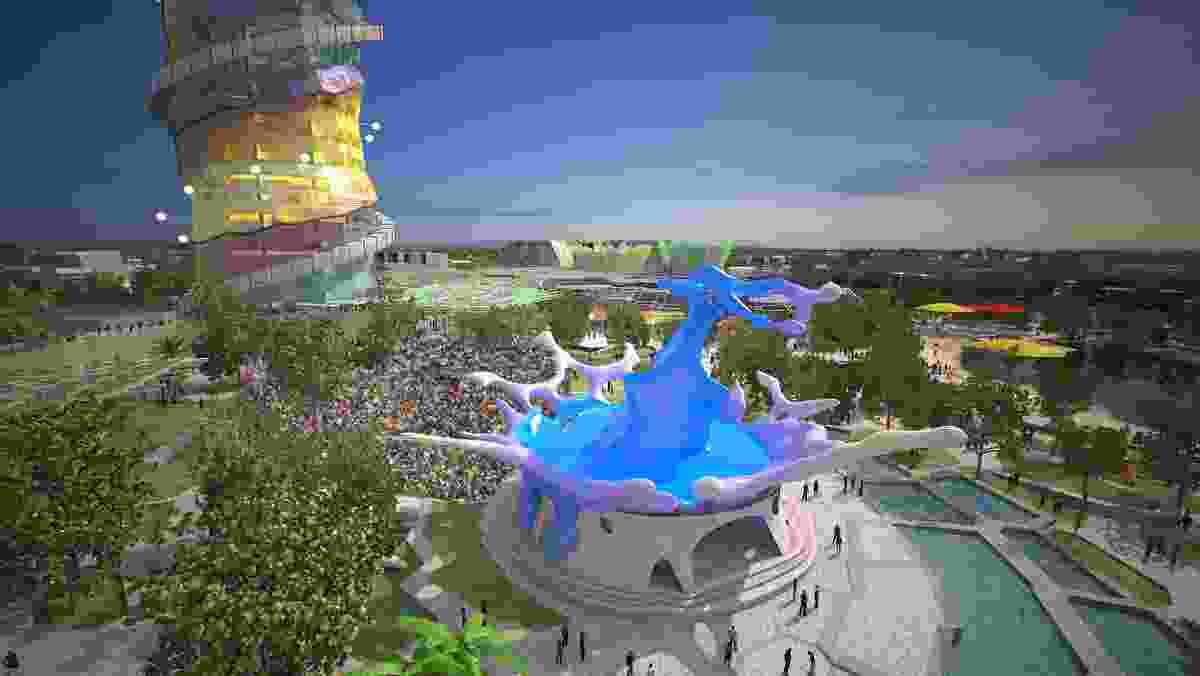 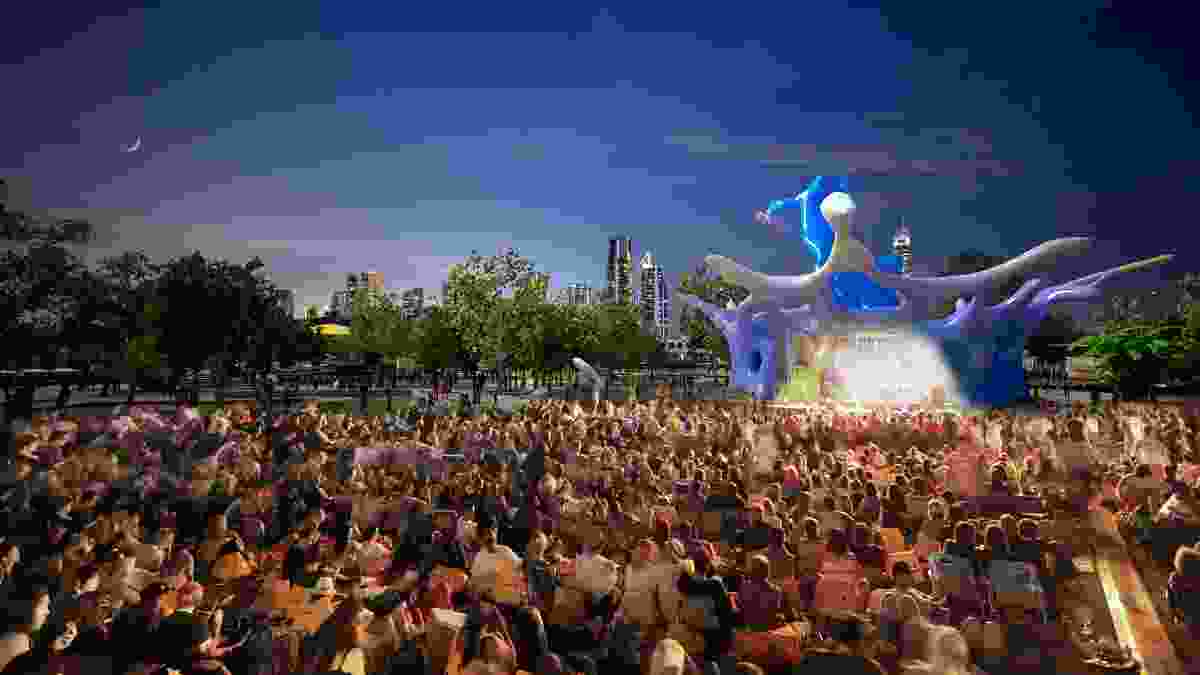 The grassed amphitheatre will have the capacity for seating up to 10,000 people. 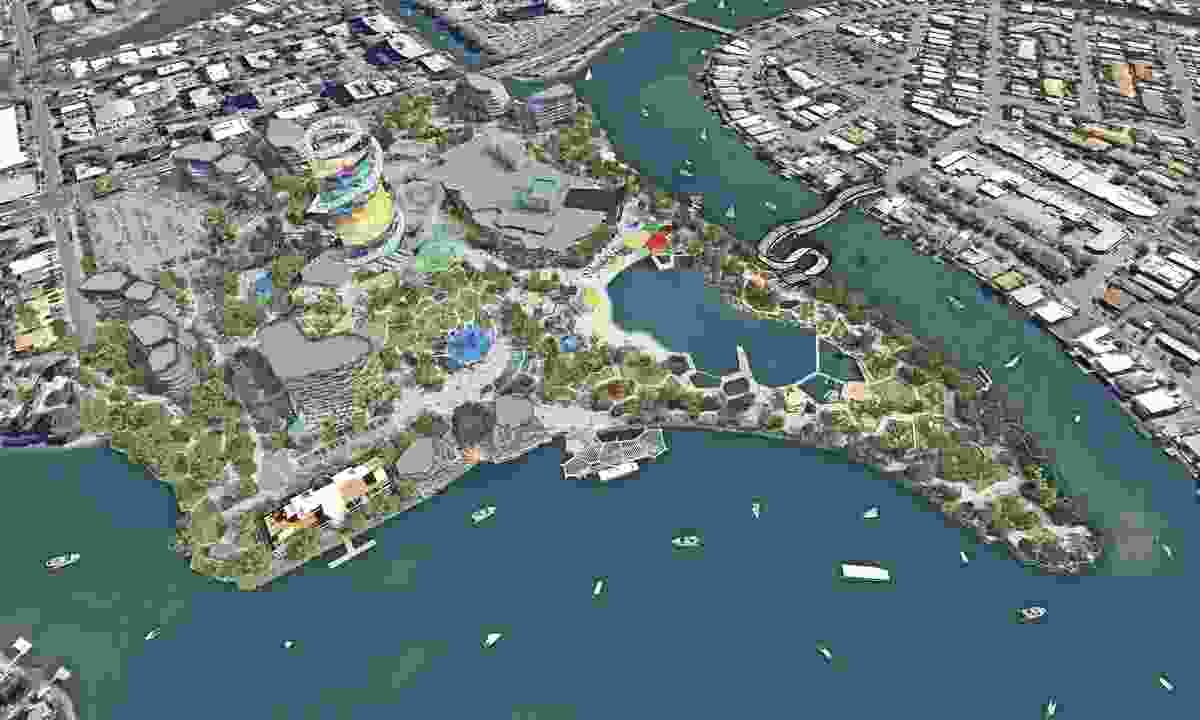 Masterplan for the Gold Coast Cultural Precinct by ARM Architecture and Topotek1. 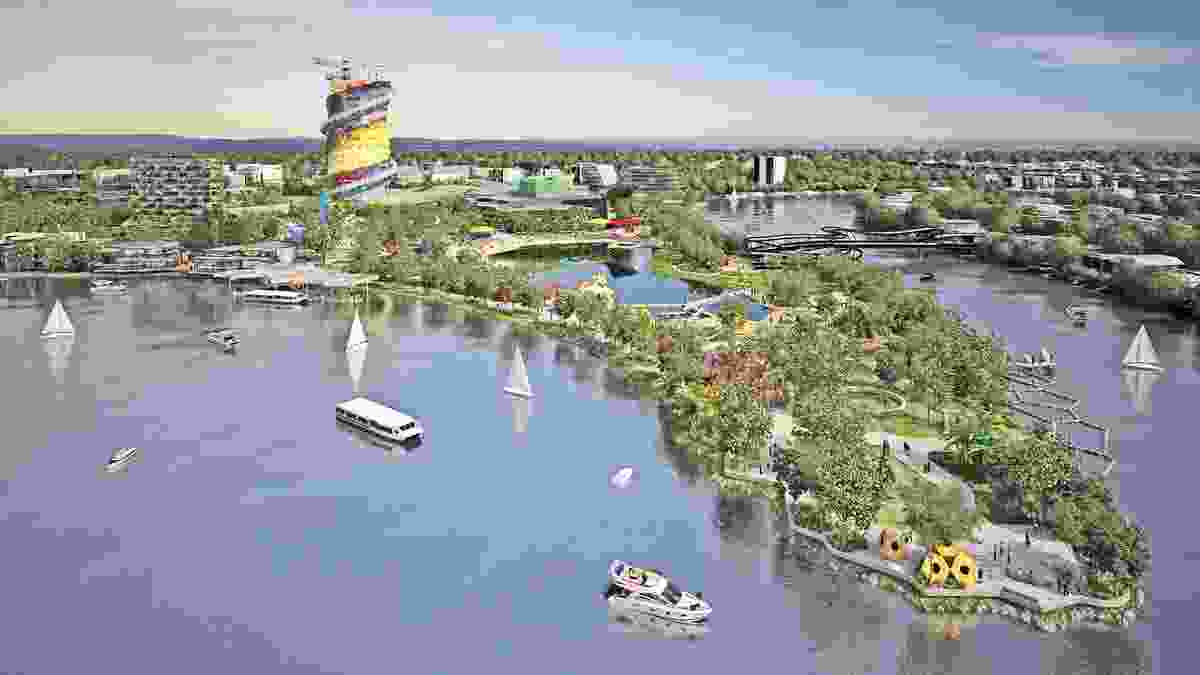 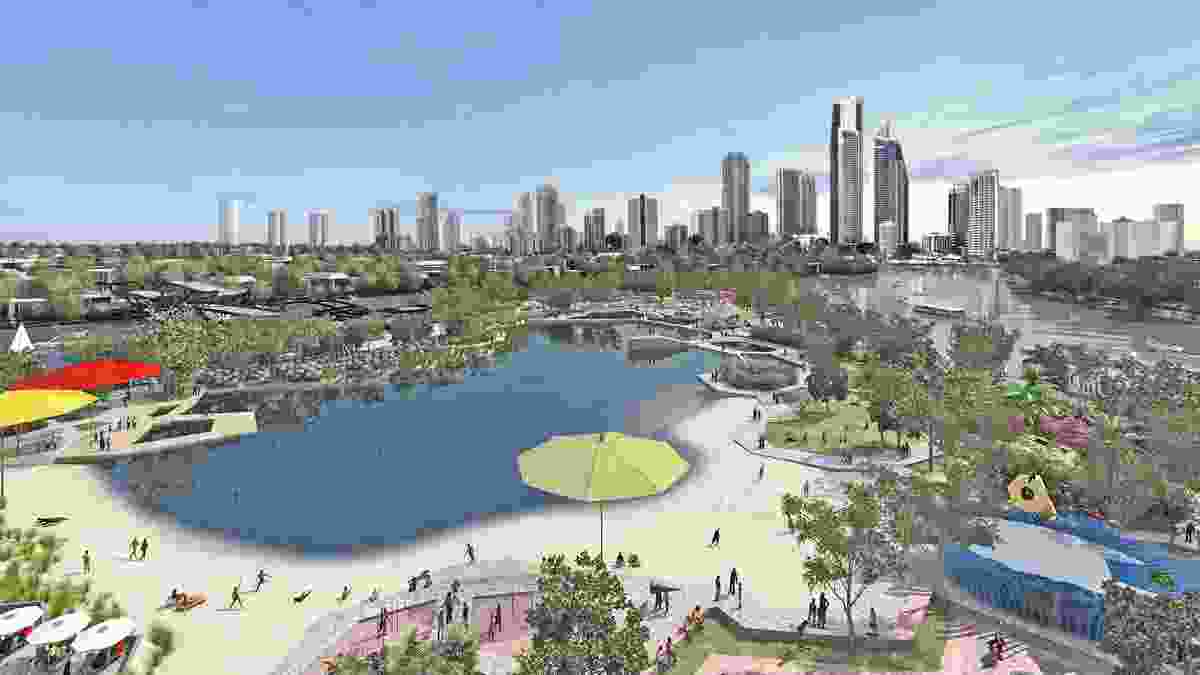 The proposed view from the Gold Coast Cultural Precinct to the city. 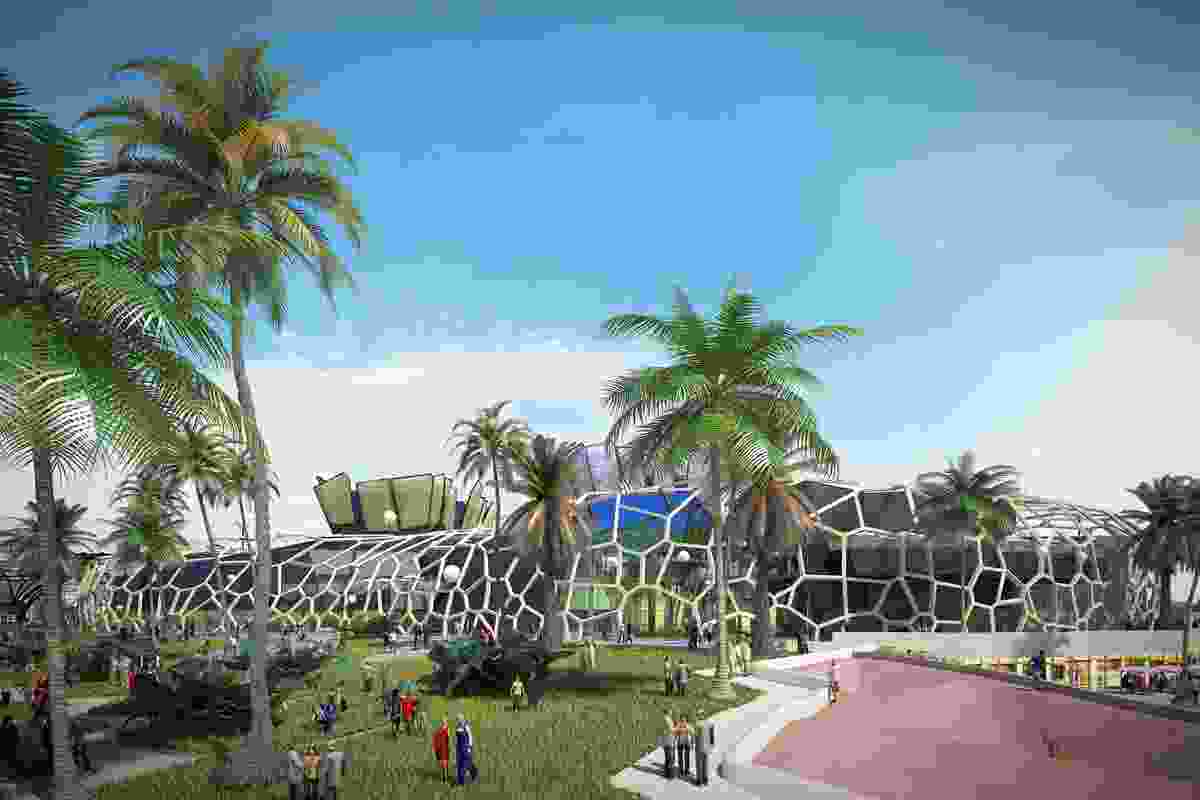 The foyer of the proposed theatre. 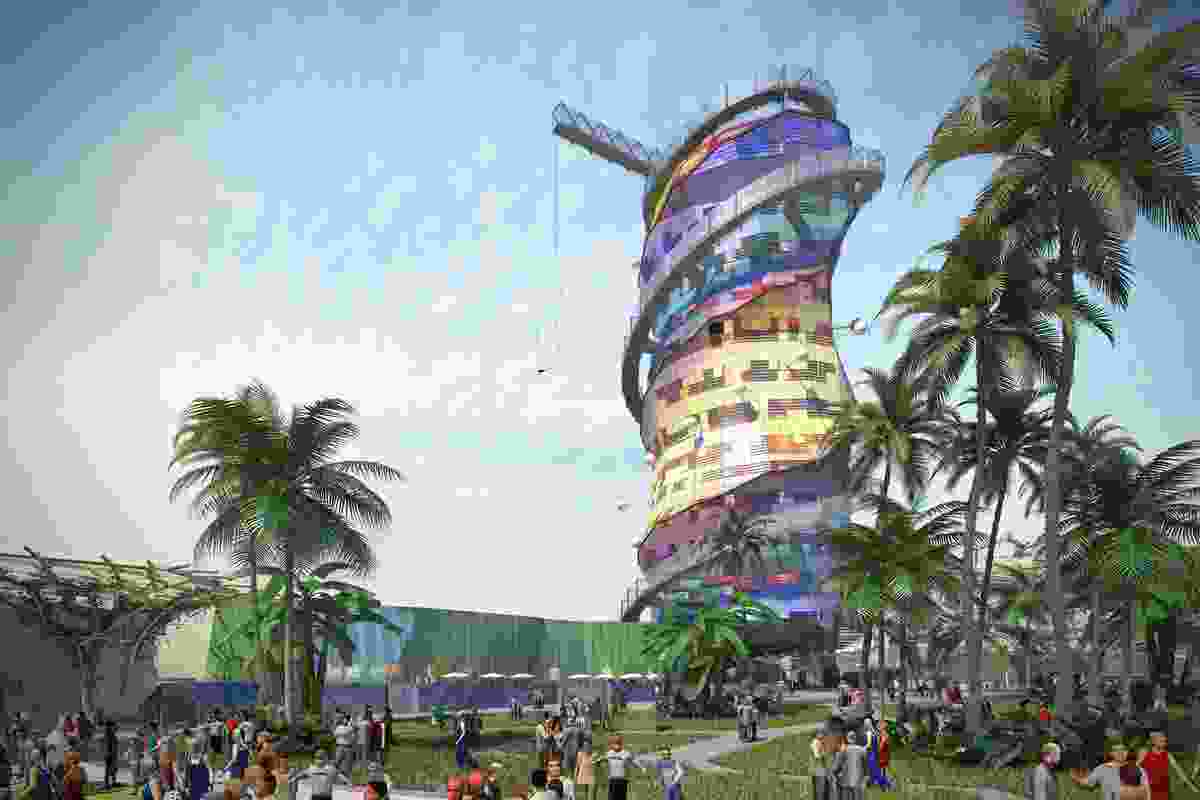 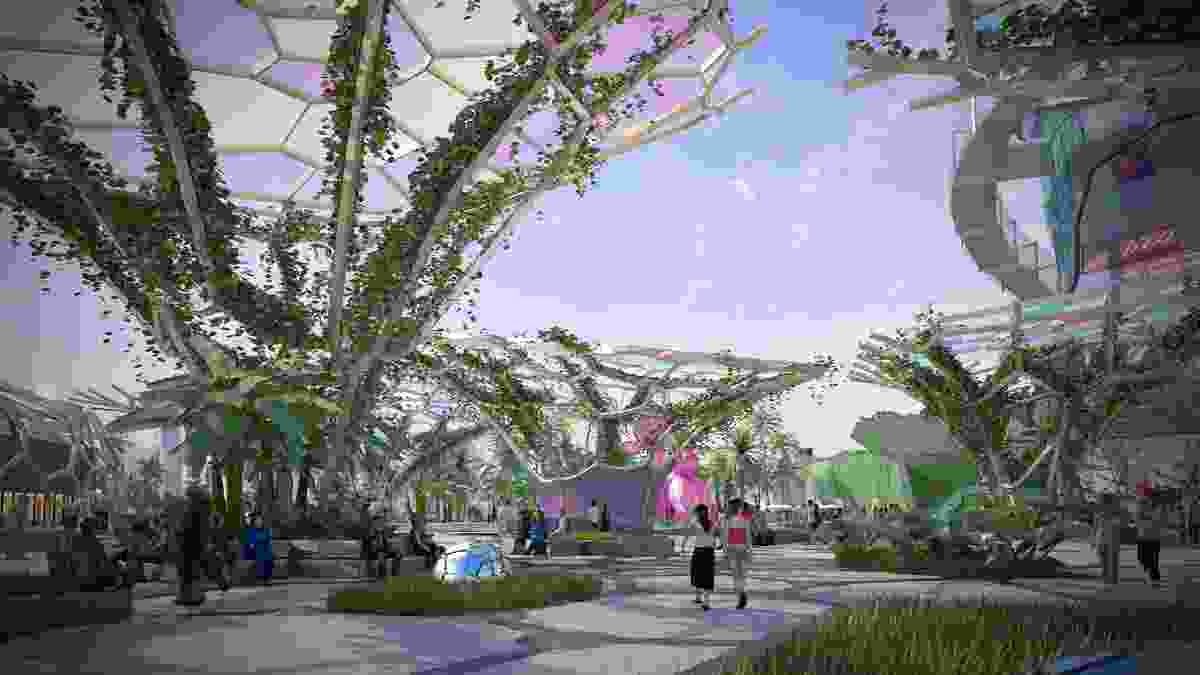 A grand plaza at the proposed Gold Coast Cultural Precinct. 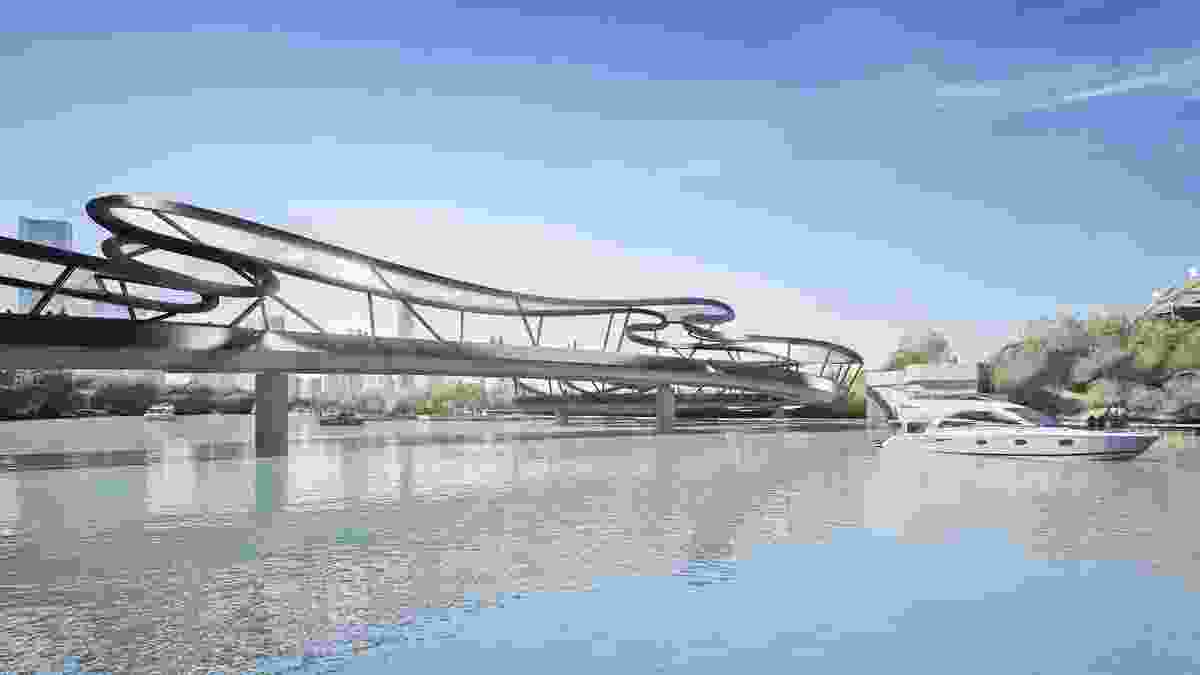 A bridge linking the proposed Gold Coast Cultural Precinct with the retail and residential precinct of Chevron Island. 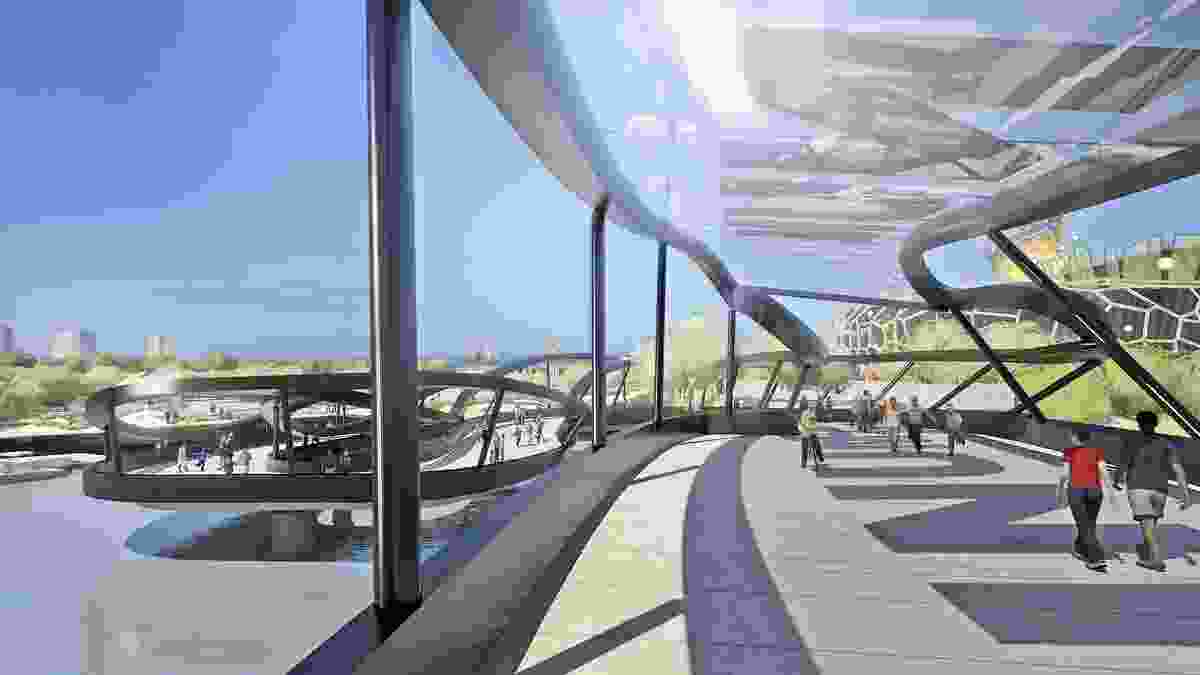 A walk across the bridge. 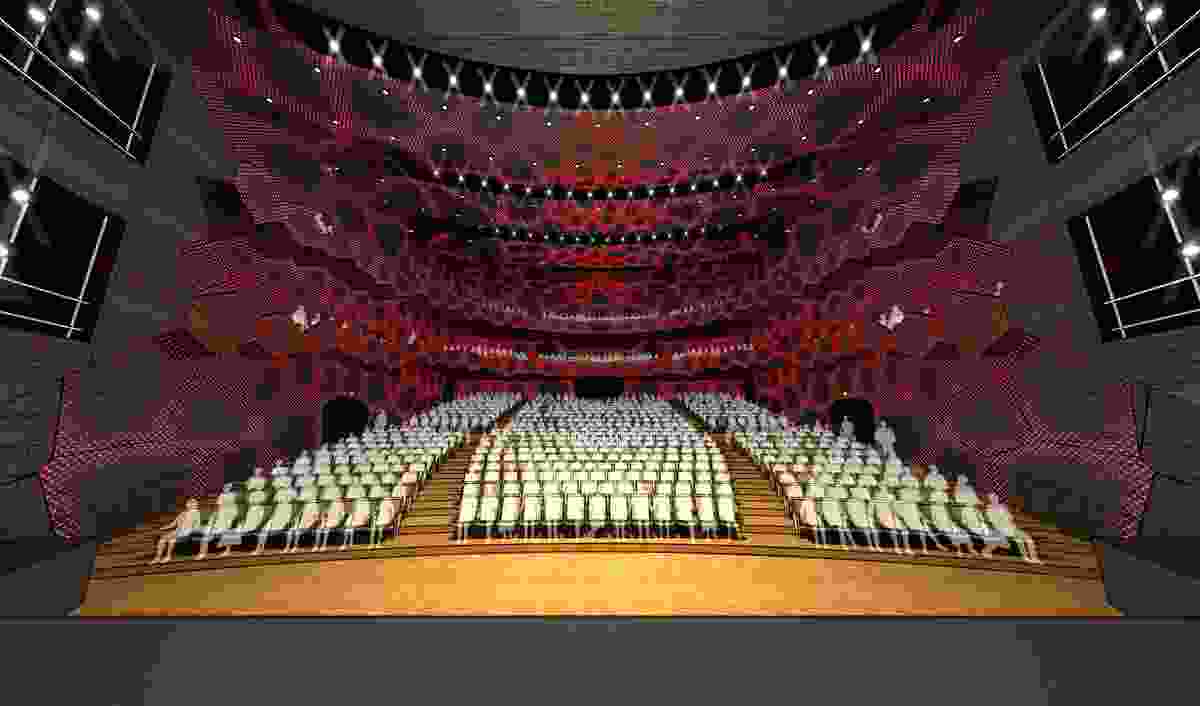 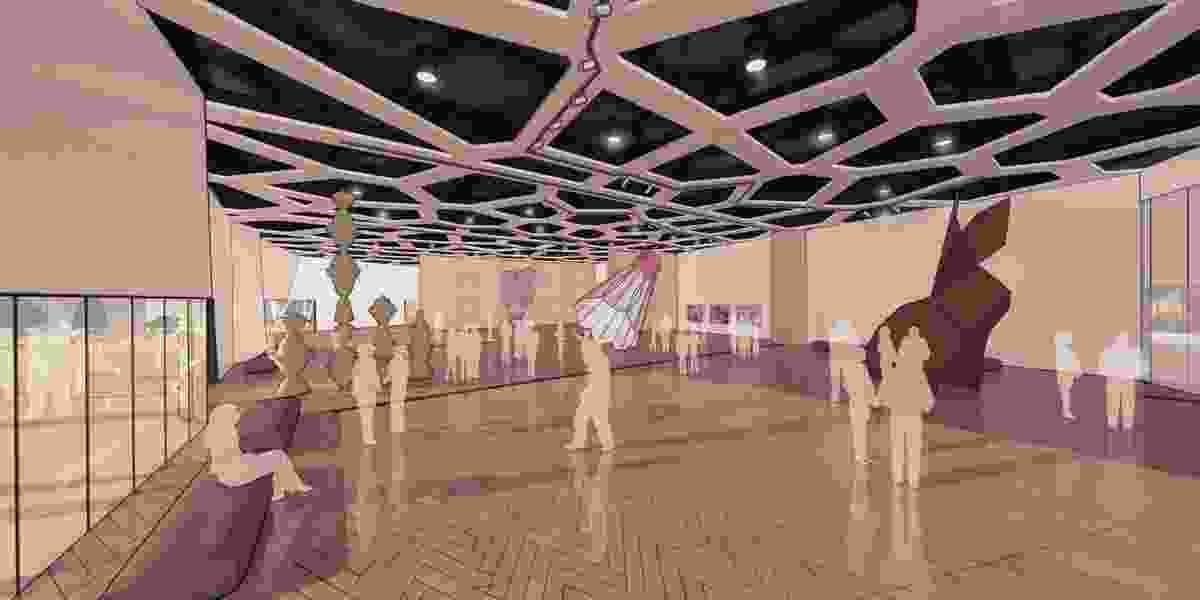