A 3.9 hectare body of water (double the size of the MCG) will be built on a site adjacent to the Essendon Football Club next near Melbourne Airport. The surf park, Urbnsurf, will use technology developed by Spanish engineering company Wavegarden to create artificial waves, which will range in height from 0.6 to 1.9 metres and will last for up to 32 seconds.

Wave Park Group estimates the beach will require 25 megalitres of water a year, which will be sourced from around the airport precinct and treated to near-potable standards.

The $18.5 million development will also include a cafe, a function centre, shops, a running track, a climbing wall, and other sporting and leisure facilities.

MJA Studio and Wave Park Group are also behind a concept to transform Perth’s Subiaco Oval into a surf park surrounded by apartments and a ramped rooftop park.

In 2014, Damian Rogers Architecture and Arup Engineering proposed to create an artificial surf beach at the end of Central Pier in Victoria Harbour, Docklands. The project was shortlisted to compete in a start-up pitching competition in New York City in 2015.

Urbnsurf has received planning approval. Construction is due to commence in late 2016 and the park is scheduled to open in late 2017. 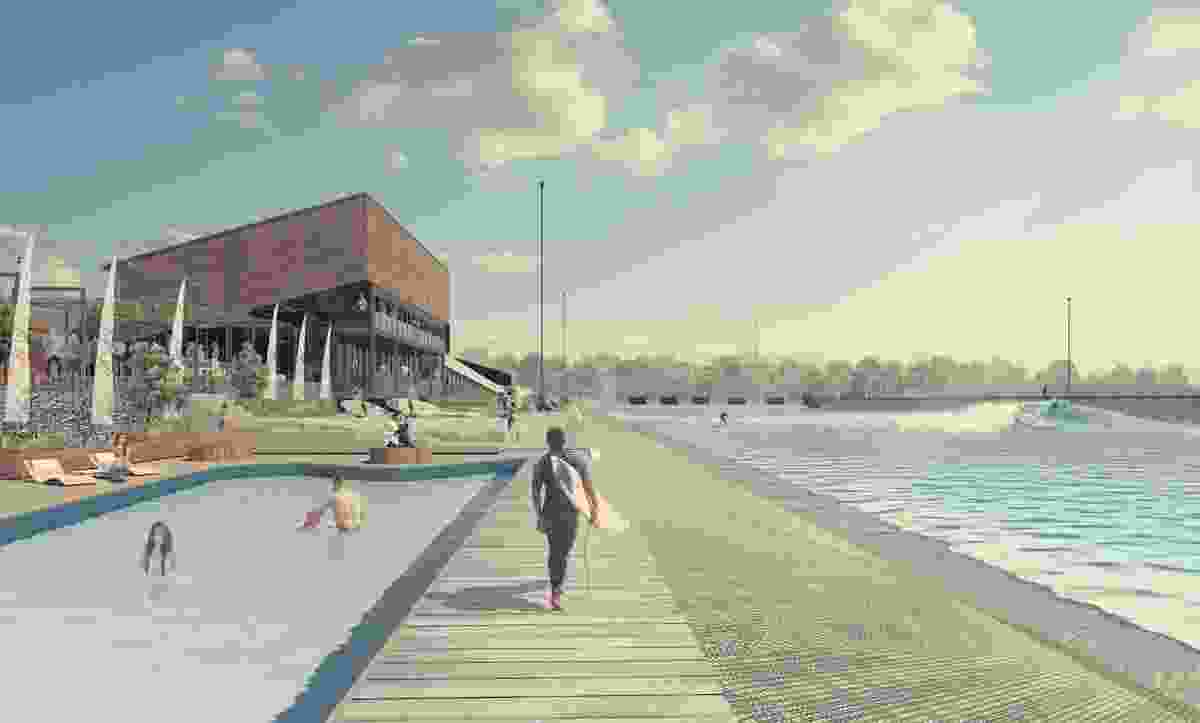 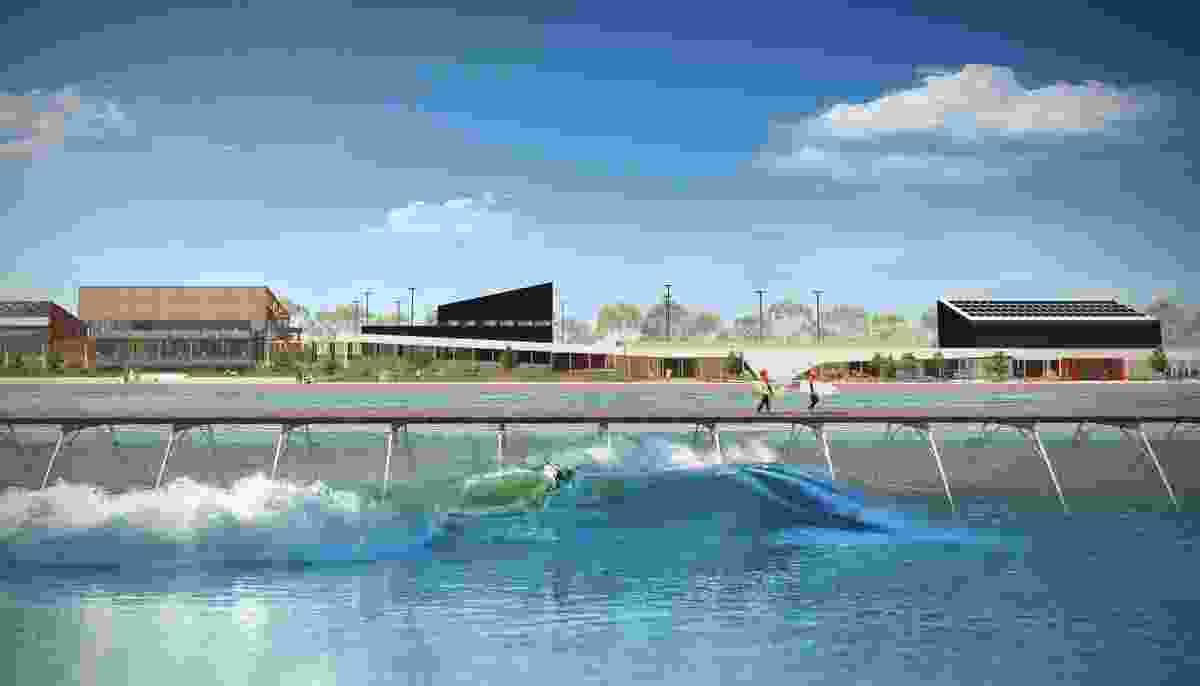 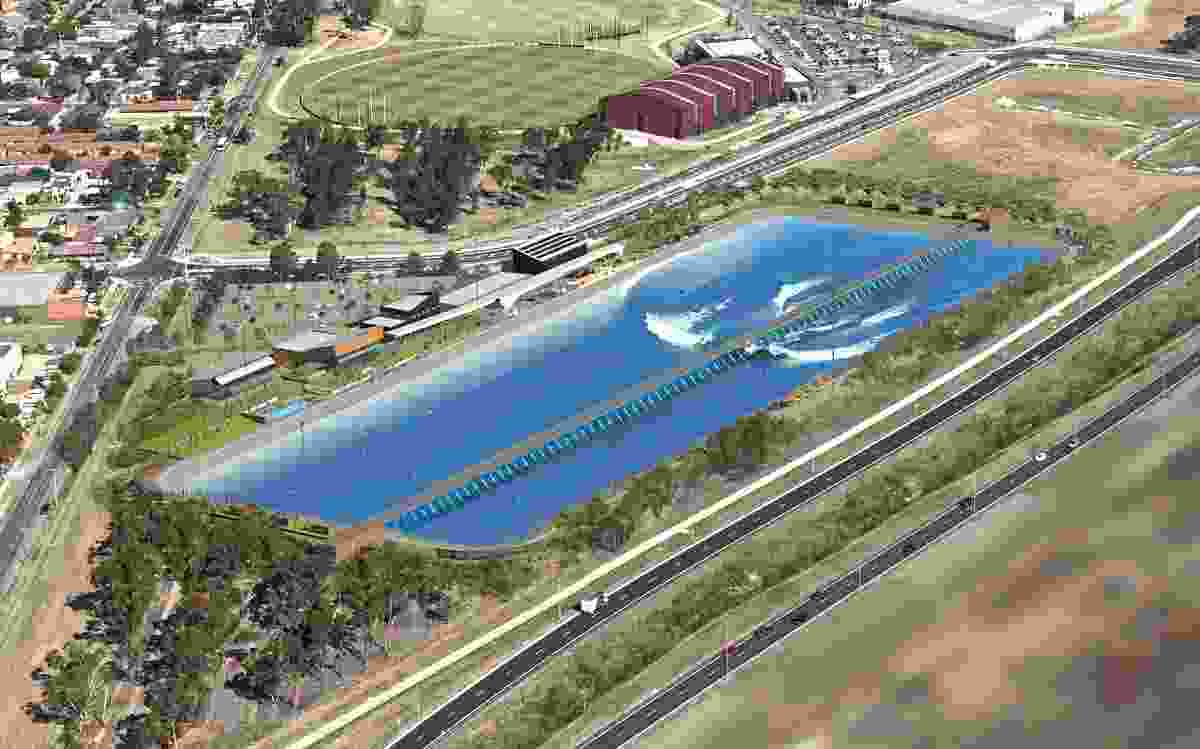 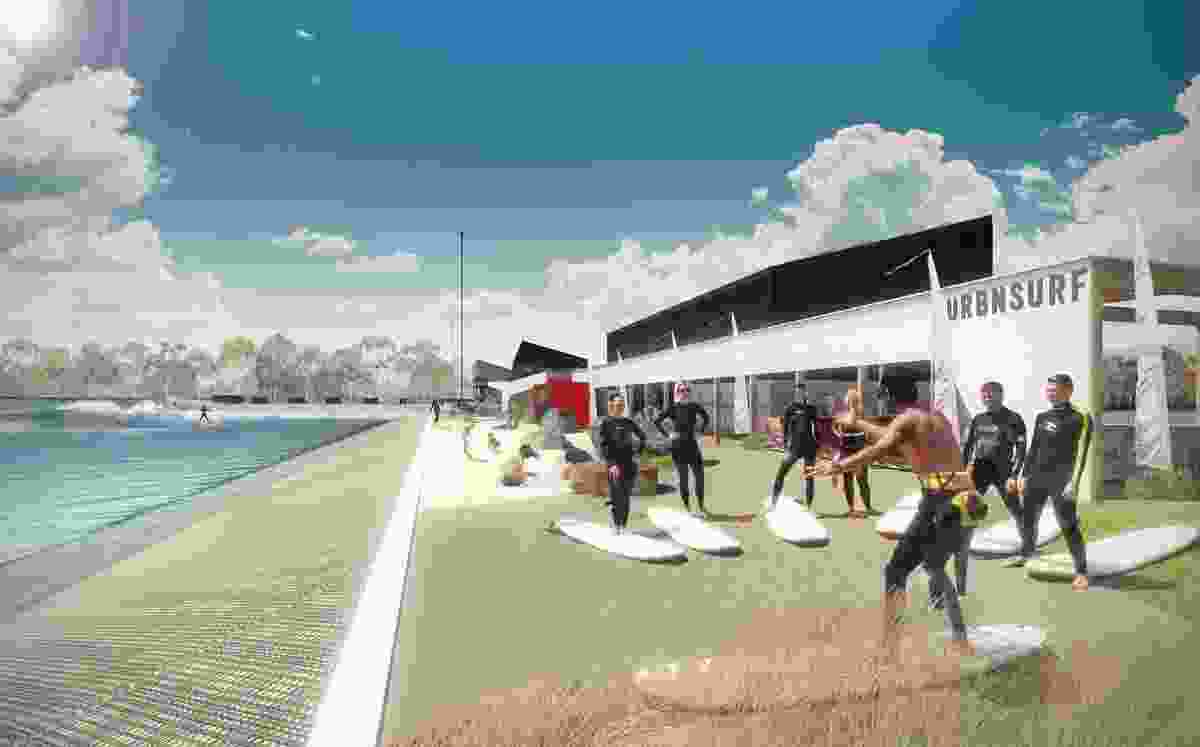