The facility, to be known as Urbn Surf is designed by Perth-based MJA Studio for Wave Park Group and will occupy a portion of an existing car park.

It will include an man-made surf lagoon, which will use Spanish Wavegarden technology to generate artificial waves. The lagoon will cater for up to 80 patrons per hour.

The facility will also include a one- to two-storey building which will house a retail shop, cafe, restaurant, bar and a surf academy with teaching and training facilities.

Apart from the surf lagoon, the project will include other recreational facilities such as a toddler pool, adventure playground, a skate ramp and a climbing wall.

“The Department supports the proposal as it provides a world class sports and recreational facility for surfing, which is consistent with the vision for Sydney Olympic Park,” said Anthea Sargeant, executive director of key sites of industry assessments.

“The project also meets design excellence standards, which include a high level of shading across key areas, and the use of sustainable building materials, solar panels and rain water collection and reuse on-site, and a green roof over the main entry plaza.”

Sargeant also said the project “has been designed to encourage non-car transport.”

“The main building is oriented to face the Holker Busway as the main arrival point, and the project will also benefit from new public transport infrastructure such as the Parramatta Light Rail which will service Sydney Olympic Park,” she continued.

However, in its submission to the department, Parramatta City Council voiced concern that “given the regional scale of the facility many patrons are still expected to use cars and the parking availability offered may be insufficient in this context.” The council generally “welcomed the opportunities the open water surf sports lagoon presents.”

Construction on the project is expected to commence in second half of 2018. 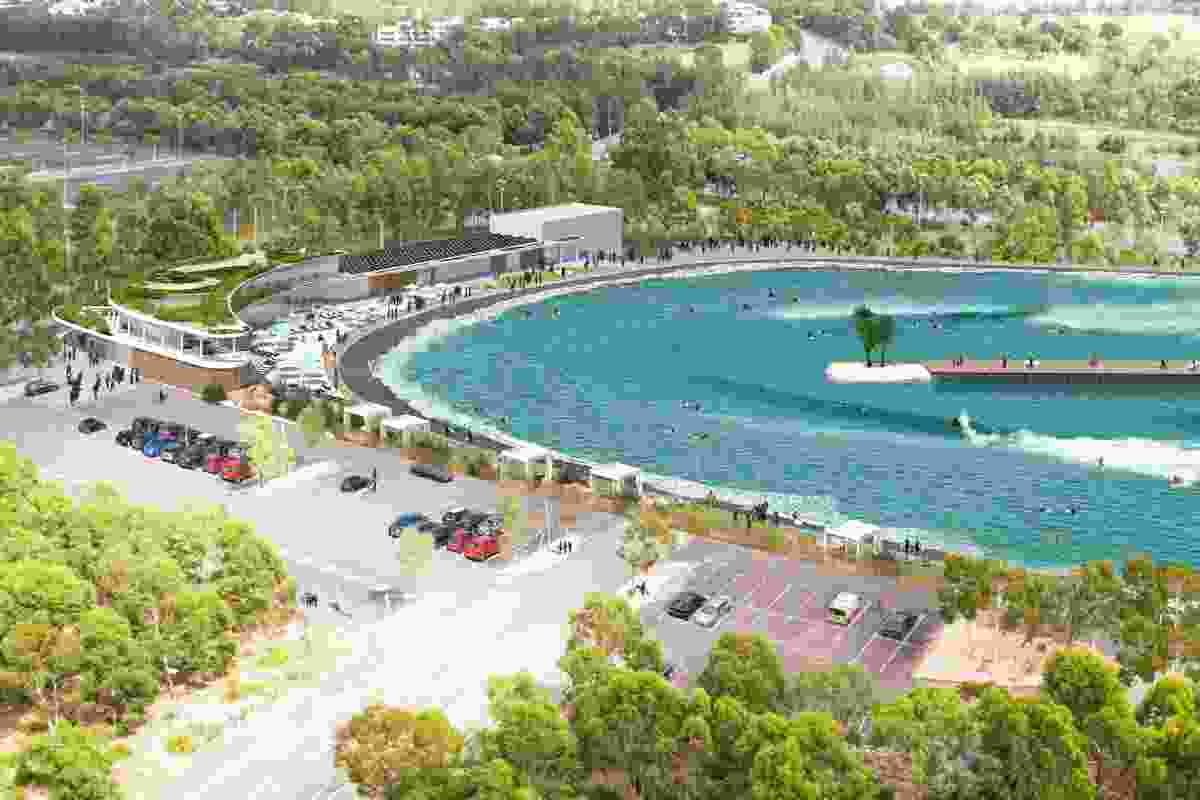