ARM’s work at Victoria’s Shrine of Remembrance, completed over two stages, involved the addition of four sunken courtyards that provide an entrance to the visitor centre located beneath the Shrine.

The Office of the Victorian Government Architect has released a guide exploring and detailing the relationship between good design and heritage. The document is the seventh in a series intended to “raise awareness of good design and promote discussion about its benefits and value.”

“Each generation contributes to the constantly evolving historic environment in its own way,” the report explains. “To achieve this it is important to understand that good design adds value and that well-designed buildings and places make the most of heritage sites and their opportunities.

The document establishes contemporary design as a key part of successfully preserving heritage buildings and spaces.

“Contemporary architecture and innovative design is an important part of the contextual approach to heritage fabric because it adds to the existing diversity and layering of architectural styles through time,” the report reads.

“Good design in a historic context links the past to the present and projects into the future by demonstrating an understanding and responding to the context of a place. Similarly, new development affecting an established and valued setting, such as a conservation area, must be memorably representative of its own time. Infill buildings can successfully provide for new modern demands within the context of the historic environment.”

The report also explicitly separates “good design” from the sort of “extensive demolition that leads to facadism, where for example only the façade of a building is retained.”

“Elements in addition to the facade contribute to an area’s heritage significance, and can be the catalyst for a successful contemporary design.”

In addition to an overview of the complexities of the heritage management systems in place both in Victoria and nationally, much of the document is composed of case studies and examples of projects that the OVGA has identified as exemplary instances of heritage architecture across a wide range of types and scales.

The project was built in two stages involved the addition of four sunken courtyards connected by a visitor centre to the original Shrine, which was designed by Philip B. Hudson and James H. Wardrop and constructed through the 1920s and 1930s. It is praised in the report for demonstrating “the importance of the original conservation management plan in helping to protect the significance and symmetry of the original additions through new southern courtyards that activate the public building “in the round.”

The report also feature other local, interstate and international examples such as the RMIT Lawn Precinct Urban Spaces Stage 3 by Peter Elliott Architecture and Urban Design, the Paddington Reservoir Gardens in NSW by Tonkin Zulaikha Greer and JMD Design, and the Stonehenge Visitor Centre in the UK by Denton Corker Marshall.

The pamphlet can be found here, along with the rest of the OVGA’s “good design” series of publications, which includes publications looking at the relationship between good design and a variety of topics including transportation, education, ecological sustainability and coastal architecture. 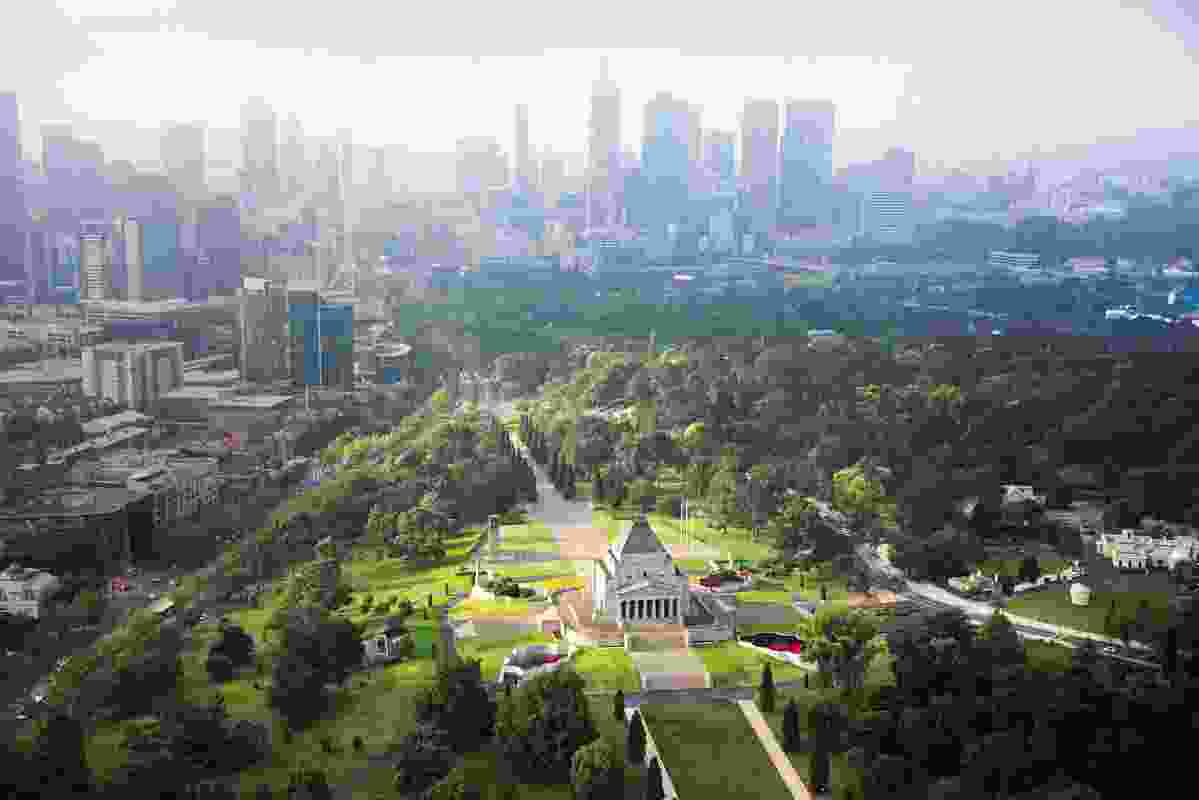 ARM’s work at Victoria’s Shrine of Remembrance, completed over two stages, involved the addition of four sunken courtyards that provide an entrance to the visitor centre located beneath the Shrine.