At the limits of not

Artist Callum Morton and architect Nigel Bertram consider the burgeoning growth of work that challenges easy distinctions between their disciplines. This essay introduced a special Dossier guest edited by Morton and Bertram for Architecture Australia July/Aug 2014.

There has always been talk about the relationship between art and architecture, and recently about cross-disciplinary or multidisciplinary practice. This is in no small part due to the recent proliferation of both temporary and permanent art projects in the public realm – commissions that often arise through mandatory developer contributions or public art funds. These are largely in the form of “integrated art,” where artists contribute to the conception of a space or make a work that is somehow fixed to or part of an architectural work; “plonk art,” where art is placed in public spaces or in front of buildings to activate or decorate as conventional public outdoor sculpture; or “entertainment art,” where the artist enlivens environments through versions of sound, light and movement. It is possible to encounter many good and bad instances of each of these established modes of practice in the daily life of the city. In the best examples, art acts as a kind of challenge (as opposed to a passive accomplice) to the more institutionalized, practical and highly regulated practices of architecture and urban design.

Such a loose or “unformed” type of practice has the potential to act as a rupture or critical interruption to normal practices, to question our assumptions of art, architecture and urbanism – and to establish new relations between them.

But there is another type of work being produced, which is operating at the limits of both disciplines – not truly belonging to either, but not outside the disciplines either. This type of “not” art/architecture also has an established history and lineage, but in the contemporary context we see a relationship to the increasingly diverse and fluid approaches to professional disciplines by younger graduates and practitioners. We have noticed that increasingly the best of these practitioners are involved in making works and altering spaces in the real world before registration or even graduation, finding ways to experiment, contribute to and engage with the community without the bureaucracy of professions or gallery systems (or universities). Of course, it is also possible to keep practising in this way with the support of enlightened clients, curators and agencies. Such a loose or “unformed” type of practice has the potential to act as a rupture or critical interruption to normal practices, to question our assumptions of art, architecture and urbanism – and to establish new relations between them.

One can think of seminal antecedents such as the surrealist interior spaces and propositional models of architect Frederick Kiesler or Cedric Price’s playful and sadly unrealized Fun Palace (1960–61). Others include Kurt Schwitters’s Merzbau (1923–36, a work that was taken up in a more sinister way by Gregor Schneider many years later in his Haus u r), or artist Constant Nieuwenhuys’s endless New Babylon project (first started in 1956), which was simultaneously a model for a new type of horizontal city and a utopian sculpture. During the 1960s, minimalism, installation and performance art spawned new practices that precipitated a type of spill between many disciplines including art and architecture. Donald Judd bought large pieces of a town in Texas called Marfa and developed his career as a designer of furniture and as an architect by reconstituting the town’s buildings into galleries and living spaces. Dan Graham made the first of his two-way mirror pavilions; Vito Acconci began his investigations into public and private space that would eventually lead him to form what today is an influential practice of the “not” variety – namely, Acconci Studio.

In more recent times Jorge Pardo started calling chairs, lights, houses and piers he designed “sculptures” and illustrated this by exhibiting them in the context of art. Atelier Van Lieshout developed a DIY catalogue of small-scale mobile architecture, as did Andrea Zittel with her A-Z Living Units. The now famous Serpentine Pavilion commissions and, more recently, the Young Architects Program at MoMA PS1 in New York have also provided significant contexts for “not” projects.

Nathan Coley insists that what he is engaged with is sculpture, not architecture, and that his work exists inside this discipline alone. This specificity allows him to conceive of the work and an audience in an entirely different way from the way an architect does when he or she talks of “clients.” His series of outdoor sculptures – including 46 Brooklands Gardens (2009), a porous enclosure set on a vacant block in a suburban street in Jaywick, England; In Memory (2010), the graveyard of abandoned tombstones built as a commission on a country estate in Scotland which did not have a graveyard; and Bandstand (2012) in Germany – we cite as examples of “not” in our terms precisely because they are not what they claim to be. Unlike Judd’s “specific objects,” Coley’s works refer to things outside themselves; they are metonymic. One could say that they are all acting as types of architecture, feigning functionality, but that they are in truth symbolic gestures and monuments.

Recently, Melbourne artist Ben Morieson produced Fieldwork (2014) by growing a large crop of sunflowers in a development gap site in Kensington. With the involvement and participation of local community members, horticulturalists and the owner of the site, Morieson created a striking bright yellow field in the semi-industrial area beneath the City Link overpass. This work shows in graphic colour the inactivity of much of the city “on hold” at any one point in the urban development cycle. It is a powerful work on an urban scale and we could easily imagine such a project being proposed in an architecture or landscape architecture school. In Hot Property (1996), Morieson collaborated with Danius Kesminas and scorched the plans of volume builder houses at 1:1 scale on vacant paddocks in a developing suburban estate, pointing with irony at the speculative buying and selling that masquerades as city building in many of our outer suburbs. Kesminas had earlier made a series of unauthorized guerilla urban interventions, such as Incendiary 14.09.91 (1991, in collaboration with Basis), in which he extended a burning line of petrol-soaked rope in the then-vacant Carlton and United Breweries site, rising off the ground in a huge catenary arc and fleetingly extending the Swanston Street axis. Melbourne architect Matthew Bird has used different but related guerilla-art tactics in his series of hotel room makeovers (Hotel Otherworldly, 2012), booking rooms in the Hilton and taking in suitcases of material to construct astounding interior worlds overnight that are then photographed and packed away, silently, without the knowledge of surrounding guests or hotel establishment.

Architect and filmmaker Toby Reed is a voracious consumer of popular culture, equally well versed in the worlds of music, film and art as he is in architecture. One might think of Reed not so much as an architect but rather as someone working at the borders between architecture and other related fields, although he insists that he works solely within the discipline of architecture. His recent project Arrow is simultaneously a sign, a folly and a shed used as a gallery. It quotes Frank Stella in the arrangement of slatted wood at the shed’s ends and sits awkwardly on the country block between a kit shed and a suburban brick home, without much thought of integration. It almost appears as if the client bought it from a gallery, got it home and said, “put it there for now.”

The 2013–14 exhibition behemoth at the National Gallery of Victoria (NGV), Melbourne Now, had at its heart a generous spirit of inclusivity. Its ambition to open its doors and squeeze in as much as it could of the creative practices of art, design and architecture happening in Melbourne was seductive. Of course, not everyone was included and some work fared better in the context than others. Yet the gesture was sufficiently grand for people to suspend criticism for a moment because it had been such a long time since the NGV had embraced the contemporary, and as such it marked a major shift in the history and focus of this institution and the cultural life of the city.

Melbourne Now’s curatorial attempt to let art, architecture and design coexist under one roof tied in closely with our focus for the Dossier and so we invited architect Mark Raggatt and artist Nicholas Selenitsch to measure the success of this coexistence. The architect was tasked to discuss certain art practices that might belong in this “not” landscape and similarly the artist was asked to discuss the architects that attempted to occupy this space. Jacqui Alexander, a member of the editorial team for this section, provides another architectural viewpoint of the exhibition, while interviews with Nathan Coley and Toby Reed offer insights into practitioners working within what we see as this interstitial space.

For certain practitioners, the specificity of the discipline remains a key driver. Equally true, however, is that these discipline limits seem at times almost illusory, as if hanging by a thin elastic thread.

Our intention in compiling the Dossier was to expand the discussion about the limits of our respective disciplines and to explore their convergences. As always conclusions are hard to draw, but we are confident in arguing that, for certain practitioners, the specificity of the discipline remains a key driver. Equally true, however, is that these discipline limits seem at times almost illusory, as if hanging by a thin elastic thread. This intention is best illustrated by those projects whose function is either vague, speculative or useless, and which demonstrate a certain economy of scale: the pavilion, shed, room, monument or temporary garden. Many of these projects appear related and can even emerge from similar – if not identical – origins (as in the case of Coley and Reed), but in essence each performs in entirely different ways – dependent on the context in which they are framed.

At the limits of not 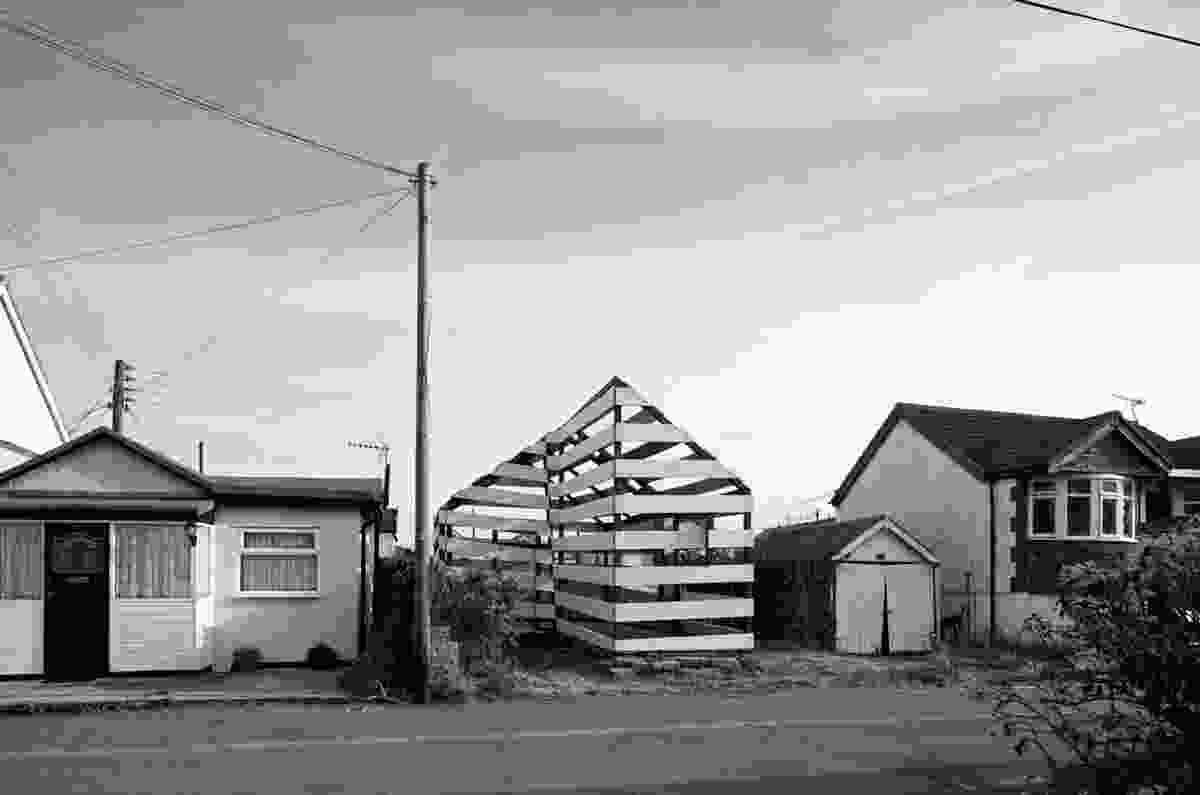 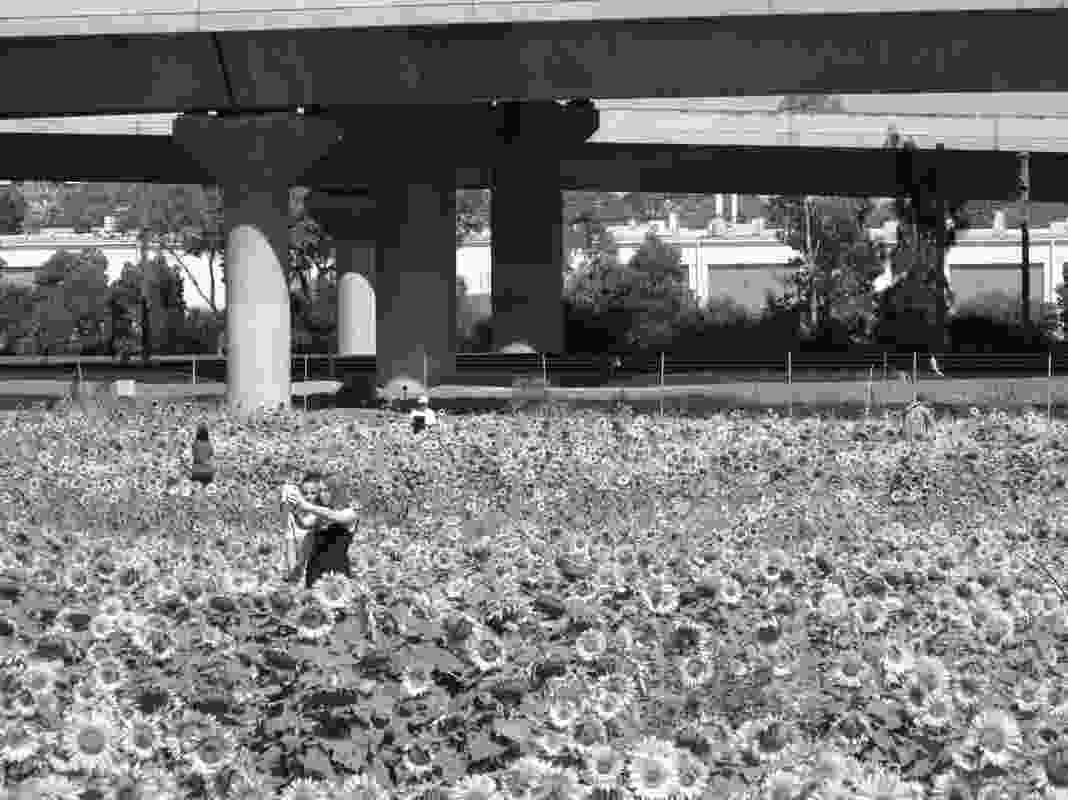 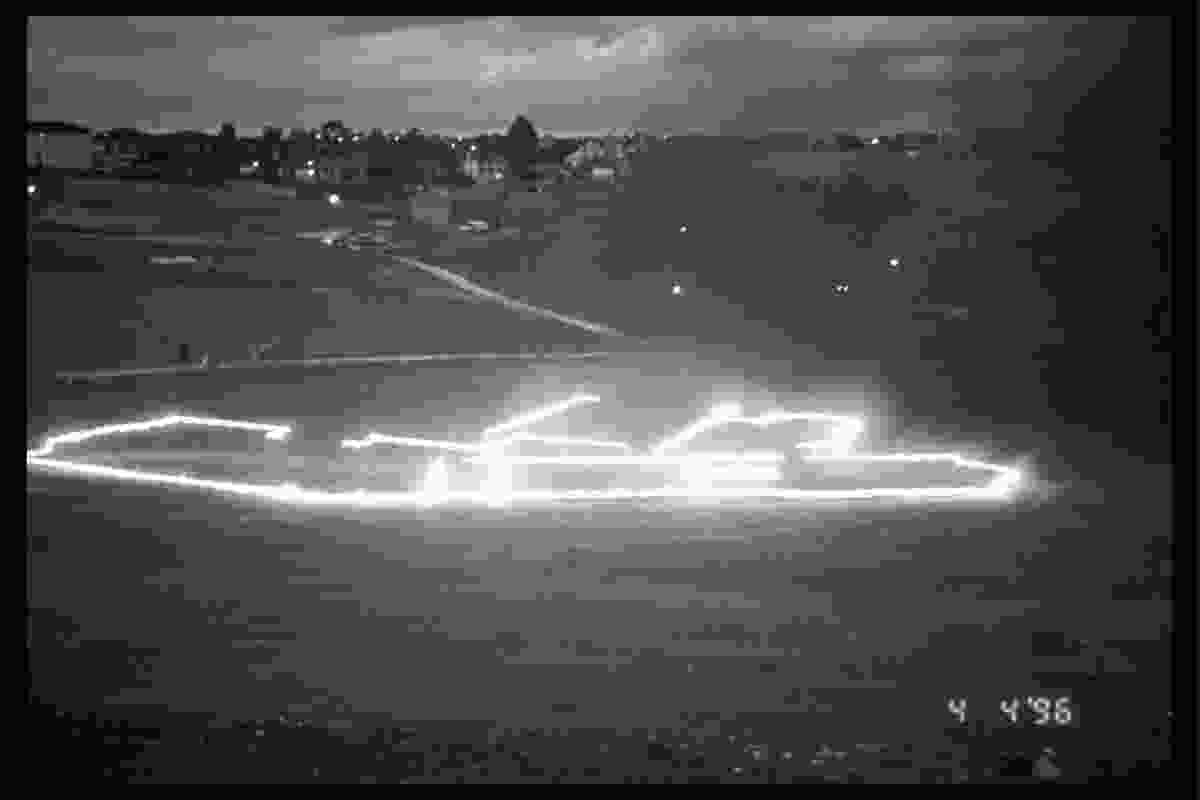 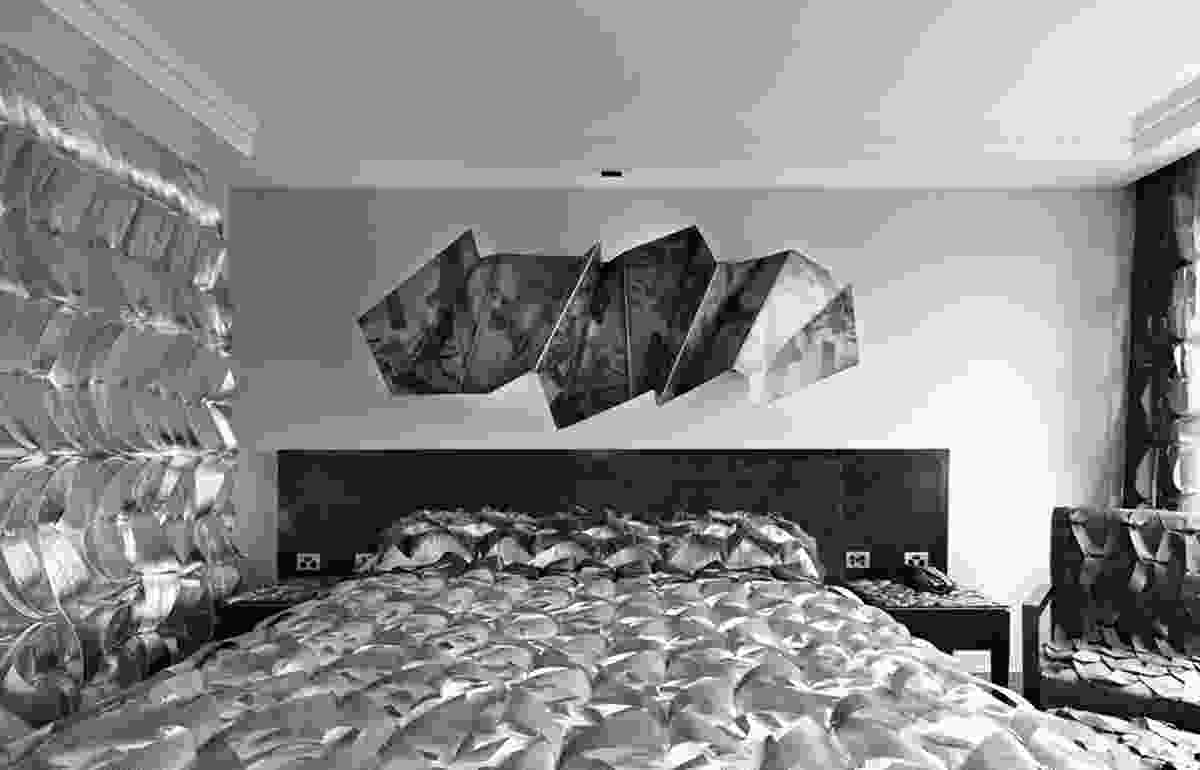 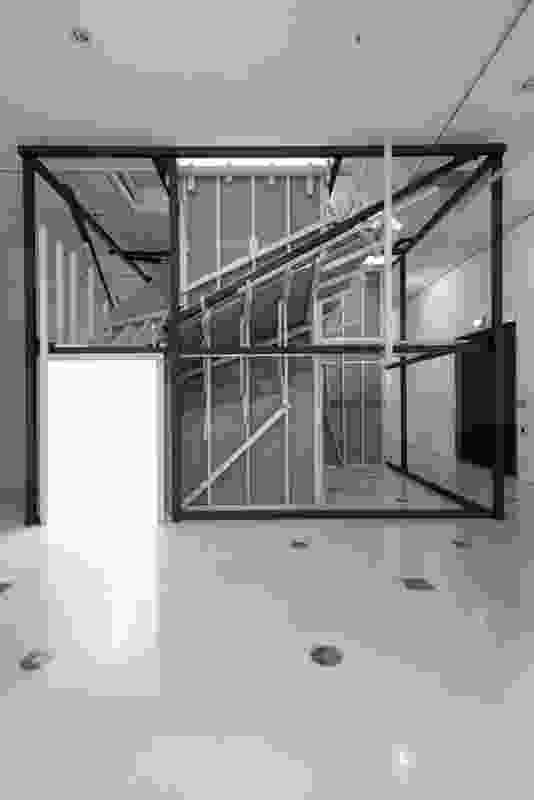