To be known as DING (Design in Gent), the new building will create new exhibition spaces and a place for debate, reflection, public activity, a shop and catering.

Design Museum Gent held a competition through the Flemish Government Architect’s Open Call Procedure. It sought a new building that would act as “participatory third space, a link between the existing exhibition spaces and the city.”

The open call received 96 entries, from which five teams were selected to submit designs.

The winning scheme was chosen by the jury for its response to the museum’s requirement for a “third space,” with the jury describing as being both understated volume in a single material and a landmark in harmony with the surrounding streetscape and cityscape.

“The design team has thoroughly grasped the social, participatory and technological challenges of the museum of the future and provides a good translation of the concepts ‘Third Place’ and ‘Smart Museum,’” said Katrien Laporte, director of Design Museum Gent.

The new building will have large openings in its facade and a playful loft space on the roof with a public balcony that will provide views across the city.

“Seeing and being seen are important in this concept: the building both looks out on and can be seen by the city. The design will help us to realize our ambition of becoming a ‘community sense-making museum’; a museum that is future-proof and, above all, useful for the entire community; a place where visitors can get to know the collection interactively and where aspects such as technology can enhance the experience,” Laporte said.

The new wing will be built on a current derelict site currently home to a giant toilet paper roll installation that contains a number of toilets. The installation was built after the museum was repeatedly denied funding for an expansion by the Ghent City Council. According to Visit Gent, a message inside the toilet says “de pot op,” which literally means “go to the loo” but is the colloquial equivalent of “go to hell.”

The City of Ghent has now allocated €7.5 million to the project, and in 2017 the museum received a €2.5 million grant from the Flemish culture minister. The project is expected to be realised by the end of 2023.

Carmody Groarke, in collaboration with Openwork, has been appointed to create a masterplan for Heide Museum of Modern Art in Melbourne. 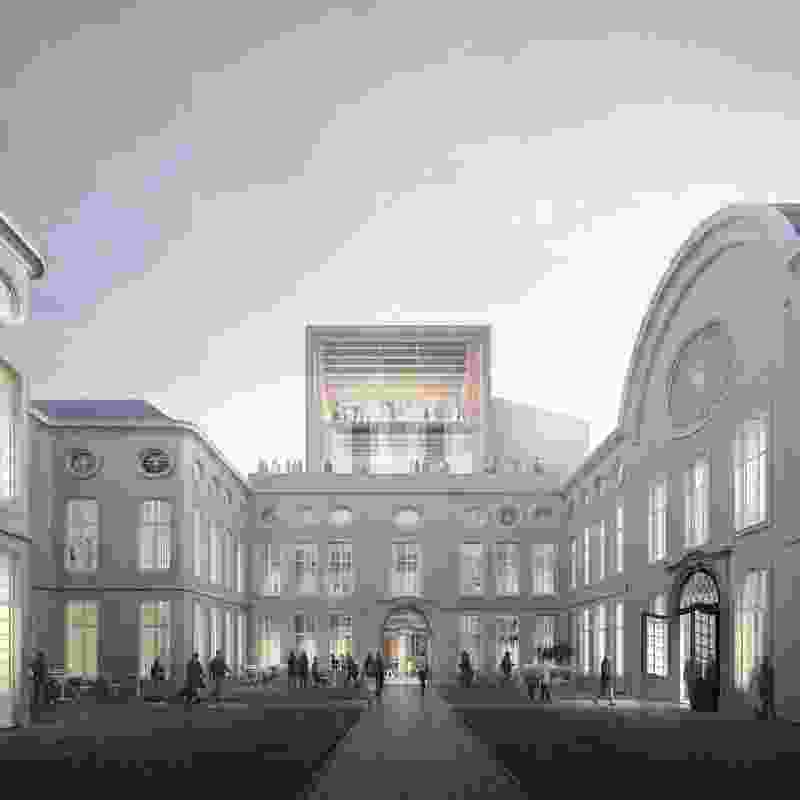 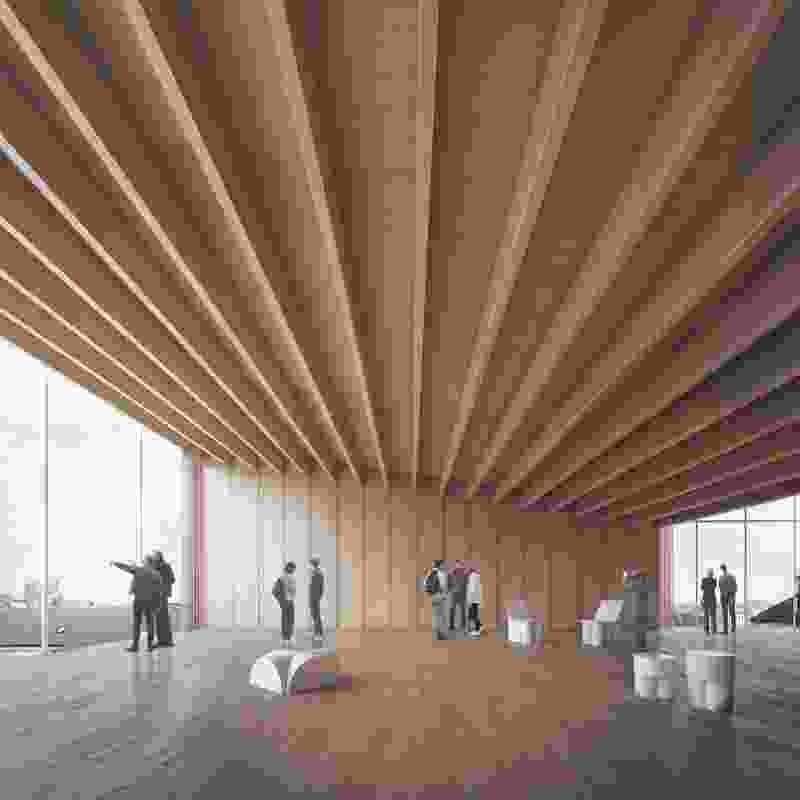 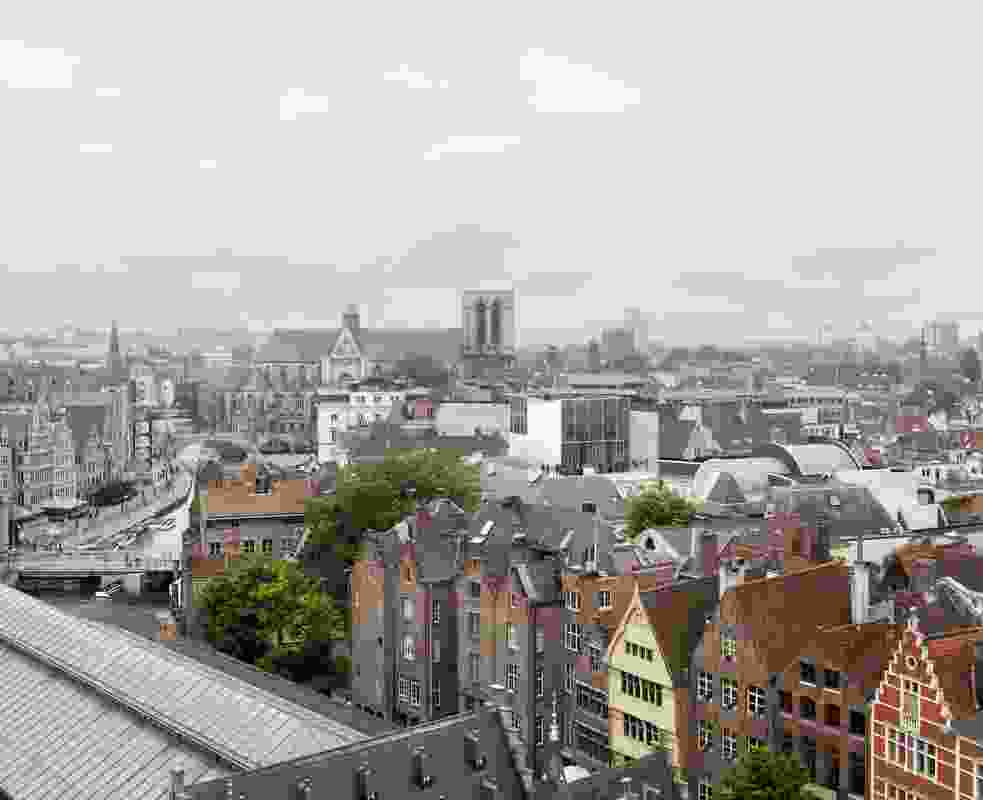 The new wing for Design Museum Gent will have a public balcony with views cross the city. 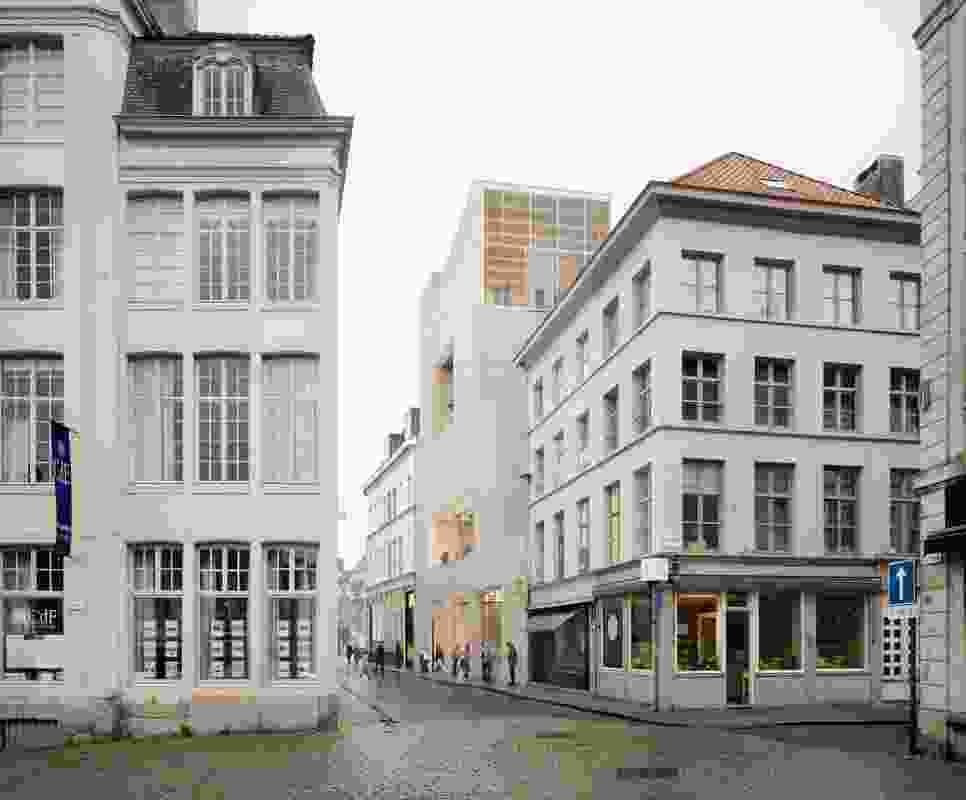 The new wing for Design Museum Gent will harmonize with the surrounding streetscape. 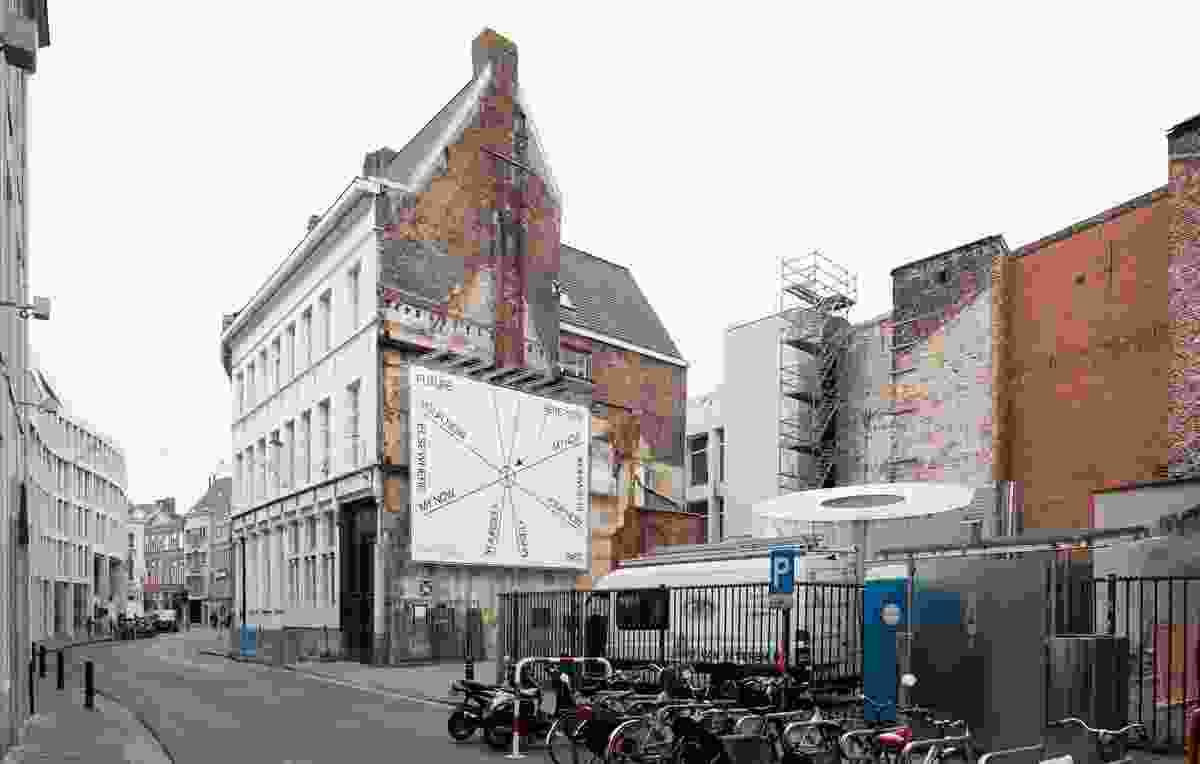 The new wing for Design Museum Gent will be built on a derelict site currently home to a giant toilet paper roll sculpture that houses toilets.