The building will feature a securely fenced ground floor off lead area with seating, a clean up station and drinking facilities for pets.

Australian dog-lovers will be pleased to hear that a Melbourne apartment project will soon be home to what is being called the country’s first private dog park – which could spark more pet-friendly design.

“Apartment living should never be seen as a compromised lifestyle and we understand that pets are an important part of many individual’s lives,” said developer Beulah International’s director Adelene Teh.

“By offering our Gardenhill residents a designated place they can take their dogs for exercise, socialization, or even mental stimulation, we’re encouraging responsible pet ownership and hopefully paving the way for other developers to follow suit.”

Over 80 percent of the 136 one- and two-bedroom apartments in the project have already been sold, which the developer linked to the popularity of the dog-friendly design.

According to the RSPCA, there are over 33 million pets in Australia, with 39 percent of households owning a dog. However, apartment living and pet ownership can often be quite complex. In addition to rules regarding pet ownership differing across strata schemes for individual buildings, applicable strata laws also vary in each state and territory.

In cities around the world where apartment living is more common, some apartment complexes have even included rooftop dog parks to facilitate pets, and off-lead areas such as private parks are quite common.

An event will be held at the site of the project in Doncaster in Melbourne on 22 August in collaboration with a number of large animal shelters to provide information about dogs and apartment living.

Construction on the complex is set to begin next month. 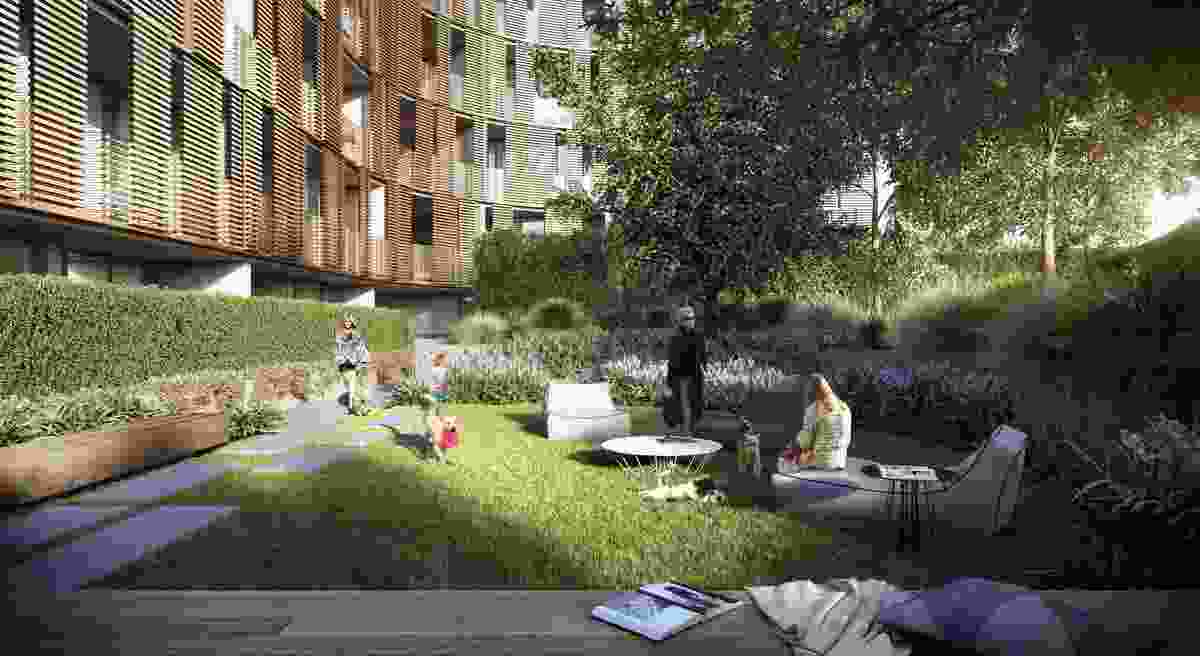 The building will feature a securely fenced ground floor off lead area with seating, a clean up station and drinking facilities for pets.