In an Australian first, a series of events at RMIT University, to be held from 6 to 9 August, will explore how to develop appropriate and effective design strategies for communities dealing with disasters.

Humanitarian Architecture Week includes three significant events that are open to the public, among a range of events reserved for students of RMIT’s Master of Disaster, Design and Development degree.

Esther Charlesworth, director of the Master’s degree program and curator of the Humanitarian Architecture Week, themed “designing for the other 98 percent,” said that the topic of post-disaster design was not a fringe one.

“Consecutive crises such as the volcano [eruption] in Hawaii, the displacement of the Rohingya, the famines in Sudan, and the war in Syria are now disrupting vulnerable communities and economies on a daily basis-and yet the design profession are seldom found in the humanitarian space,” she said.

“We believe critical design thinking will equip future leaders in the field of disaster response and recovery to deal with the biggest ecological and man made crises of our time.”

A key presenter during the Humanitarian Architecture Week is Yasmeen Lari, Pakistan’s first female architect. In what will be her first appearance in Australia, Lari will present in a public lecture on 8 August titled the “Architecture of Humanity,” along with Eric Cesal, a US-based architect, writer and former director of Disaster Reconstruction and Resiliency.

Lari’s past works include a bamboo-frame, adobe-and-mud shelter system designed in the aftermath of the 2005 earthquake in Kashmir. Lari also led the construction of 36,000 such structures in 2010, when severe flooding affected the country and forced more than a million people from their homes, in a significant undertaking with Architecture for Humanity, Nokia and the Swiss Pakistan Society.

“When we train as architects, we’re taught that [the architect] is like God because you create things,” she said. “As a result, your ego is inflated. You think no one else can do what you’re doing. Now my work is something else. It’s another world I am working in.”

Lari was also UNESCO’s national advisor for Pakistan from 2003 to 2005, and worked on the emergency restoration of the Sheesh Mahal ceiling in the Shah Burj tower of the Lahore Fort World Heritage site.

Cesal led Architecture for Humanity’s post-disaster programs from 2010 to 2014, and is the author of Down Detour Road, An Architect in Search of Practice. He has led various reconstruction efforts in the wake of the 2010 Haiti earthquake, the 2011 Tōhoku earthquake and tsunami in Japan, and Hurricane Sandy in 2012.

Humanitarian Architecture Week will also feature a day of talks as part of RMIT Design Hub’s Workaround exhibition, titled “A day in the life of a humanitarian architect.” The seminar, to be held on 9 August, will feature Martyn Hook (RMIT’s dean of the school of architecture, and urban design and a director of Iredale Pedersen Hook Architects), David O’Brien (The Bower Studio), Rob Watson (Watson Architecture and Design), Fabian Prideaux (Humanitarian Benchmark Consulting), Jane Johnson (The Anganwadi Project), Nicole Mechrakoff (Architects for Peace) and Shaneen Fantin (People Oriented Design) as well as Lari, Cesal and Charlesworth.

The third public event during the week will be a symposium, to be held in the RMIT Garden Building, designed by NMBW on 8 August, featuring speakers from architecture and from organizations working in disaster mitigation, relief and reconstruction.

Titled “The challenges of delivering successful shelter and infrastructure projects after disaster,” the symposium will involve presentations from practitioners from the Department of Foreign Affairs, World Bank, Australian Red Cross, ARUP and Habitat For Humanity. 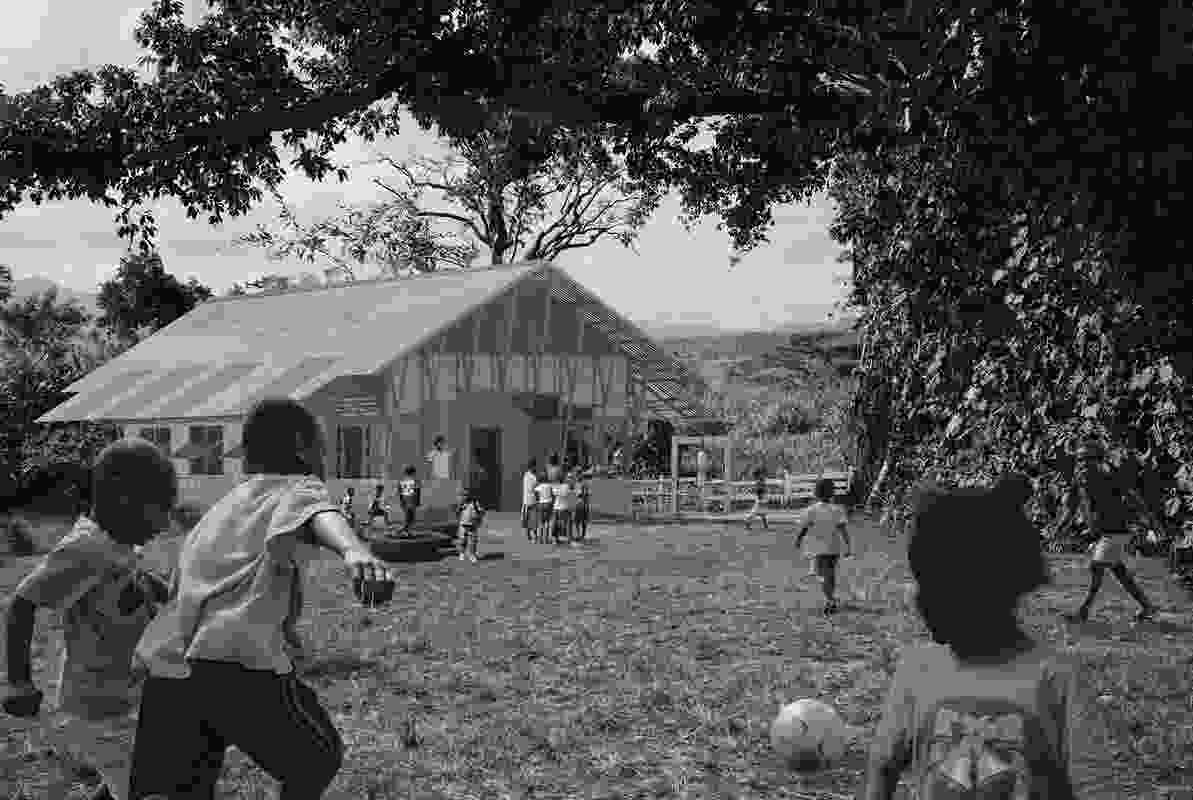