City of Melbourne councilors have voted unanimously to recommend that the Victorian Minister for Planning approve a proposal for a 39-storey Victoria Police Centre on Spencer Street at a meeting of the Future Melbourne Committee.

The Woods Bagot-designed office tower is the result of a market-led proposal by Australia Post, which owns the site, and Cbus Property. Addressing the committee was Australia Post general manager of group properties Adam Treffry, who said the design could “potentially […] be compared to places like New Scotland Yard [in London] or One Police Plaza in New York.” The building will also host elements of the Australian Federal Police and the Australian Crime Commission. At ground level, a new museum will exhibit police memorabilia and historical material.

Speaking to ArchitectureAU in January, Woods Bagot principal Simon Dick said that the design brief called for “a building that had a visual transparency to it at ground floor so it was inviting to the public.”

The Victorian Police Centre would comprise both the new building and the existing Melbourne West Police Station it neighbours. The design attempts to knit the new building with the old one.

A large, geometric awning will extend along the frontage of the new building, connecting it to the existing facility.

Dick said, “On the existing building there’s a giant tessellation on the underside of the canopy. We’re going to bring that across and we’re going to have elements of vision panels to allow good light penetration down into the ground plane and smaller forecourt.

“What this new building will do is take the remainder of the police force from the World Trade Centre […] and create a whole [new] precinct, so the whole police force will be in one location and they’ll have an equal level of amenity and accommodation that is equal across all members.”

City of Melbourne councillor and acting chair of the Future Melbourne Committee Rohan Leppert said, “The architectural design here is of very high quality – not just the tower, but also the ground floor plane and the surrounding landscape.”

The proposal exceeds building standards governing density, but Leppert said that as the building is composed only of office space these could be waived. The proposal will now be sent to Victorian planning minister Richard Wynne for final approval. 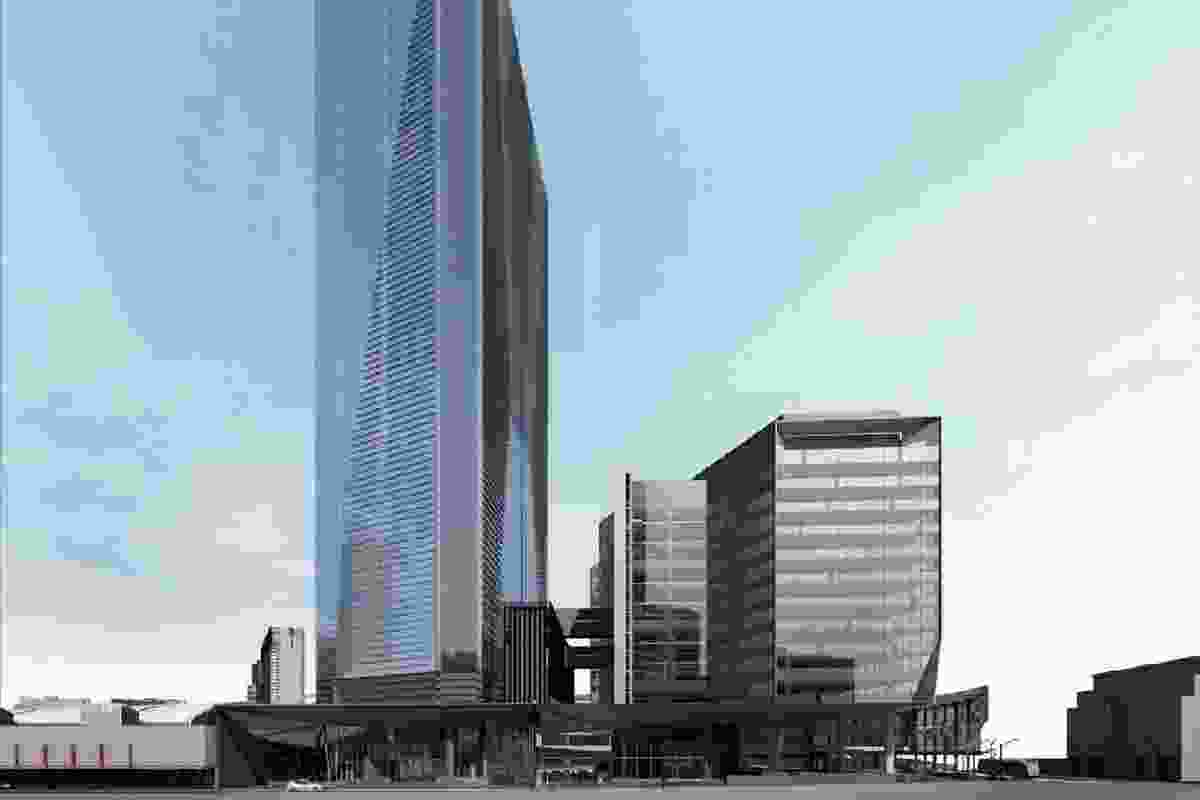 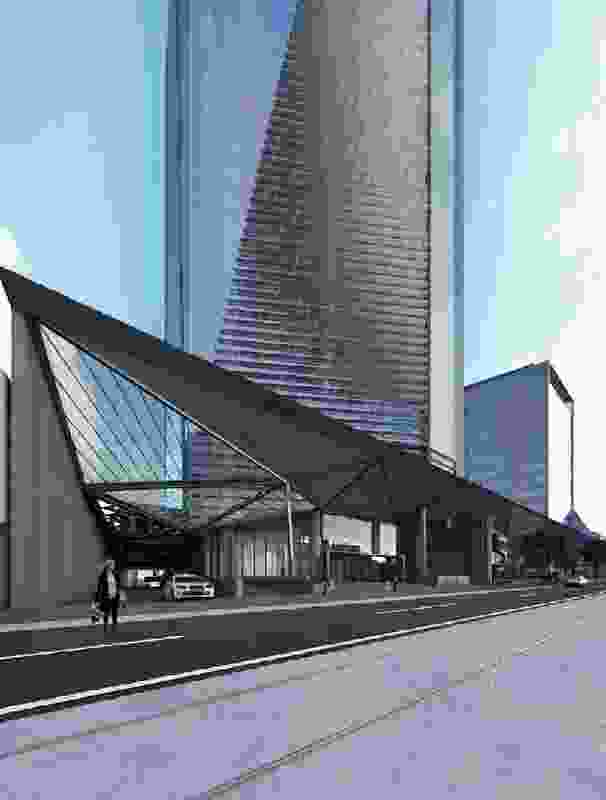 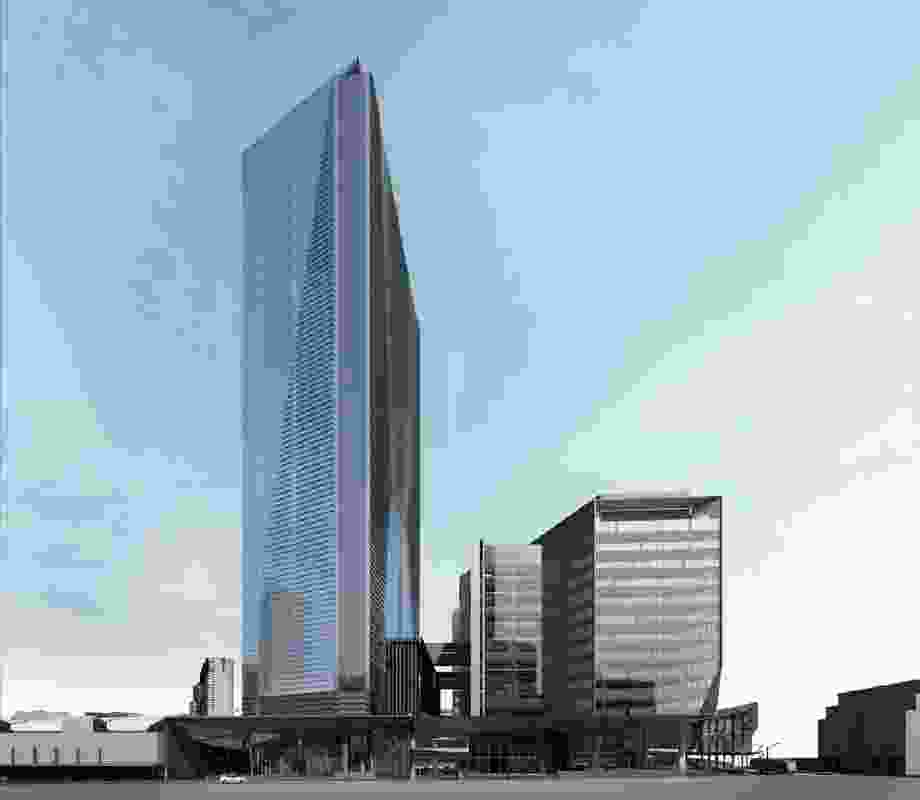 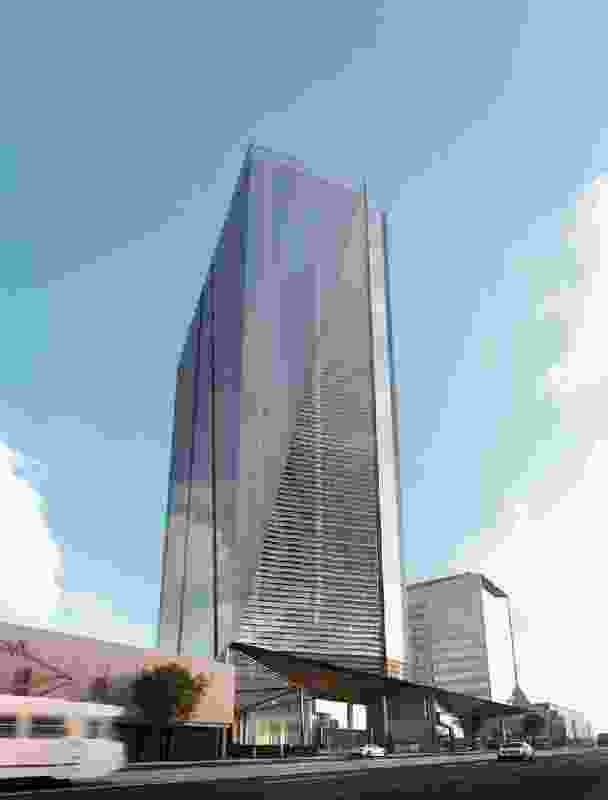