A 52-metre-tall office tower made of engineered timber, designed by Bates Smart, has opened in Brisbane.

The timber tower, dubbed 25 King, is the tallest engineered timber building in Australia. It is just one metre shy of the world’s tallest timber building, Brock Commons in Vancouver, designed by Acton Ostry Architects, which was completed in 2016.

The building features open office spaces across 10 floors, with exposed services. The offices make up thelargest gross floor area for an engineered timber building in the world.

Philip Vivian, Bates Smart director, said, “Each time an engineered timber project completes, architects learn more about CLT’s potential as a new building material and how we can work and innovate with it on all types of buildings.

“This building marks a genuine commitment to CLT from the industry. It’s exciting to see the ideas take hold and evolve across the globe, and we’re happy to contribute with the lessons we’ve learned.”

At ground level is a 54-metre-long timber colonnade, or “verandah,” home to hospitality spaces. Vivian said, “The building’s ‘verandah’ will be an edge condition that maximizes connection with the environment.”

The previous building to hold the title of tallest timber office building in Australia was International House in Sydney’s Barangaroo by Tzannes. Both buildings were developed by Lendlease, which has developed a number of CLT projects including the Forté apartment building by Lendlease Design and the Library at The Dock, designed by Clare Design with Hayball, in Melbourne.

The tower is part of the $2.9-billion Brisbane Showgrounds redevelopment in Fortitude Valley.

John Burton, Lendlease’s managing director for Urban Regeneration, said, “The building demonstrates greener and healthier ways of working. This creates a workplace that lives and breathes a culture of collaboration providing workers with a sense of belonging.

“The commitment to our precincts, strengthens our belief in creating the best places for our employees, customers, the environment and the community.”

Tall engineered timber buildings are popularly referred to as “plyscrapers.” In 2017, Australia’s Macquarie Dictionary selected the term as a finalist for its 2016 Word of the Year. 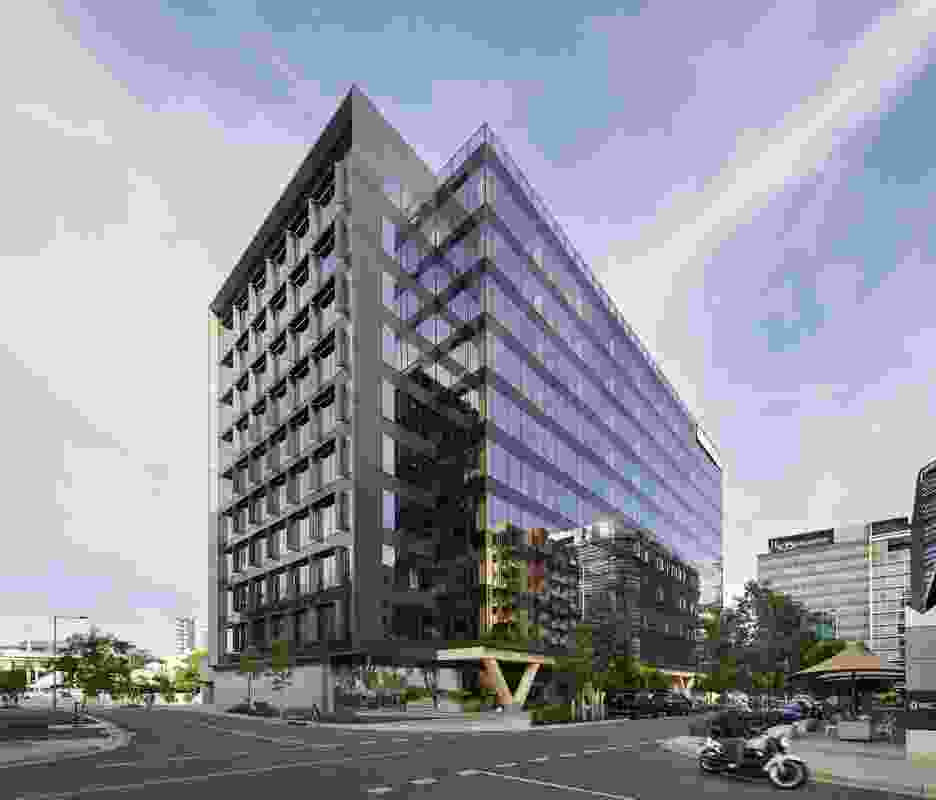 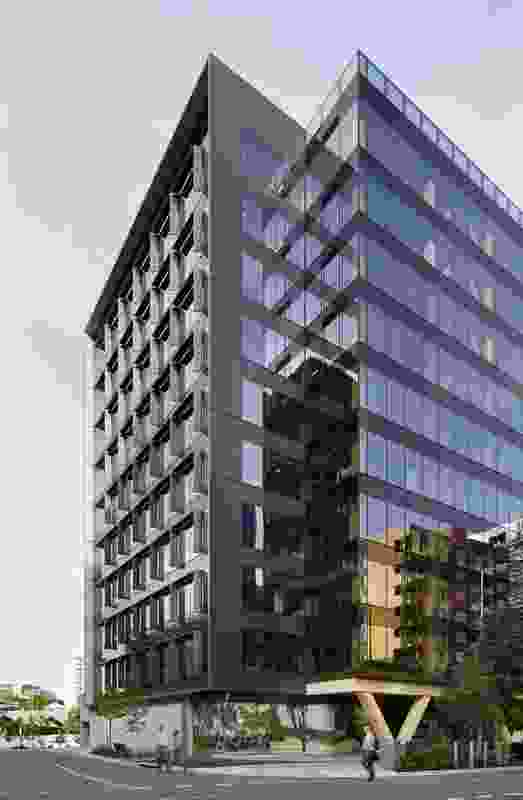 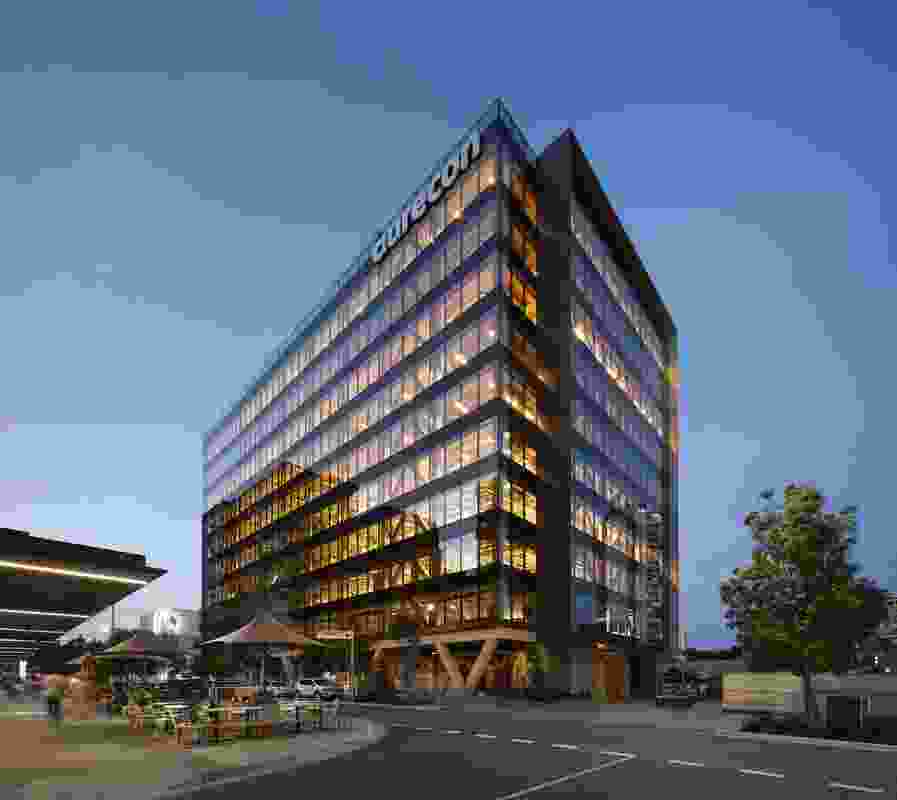 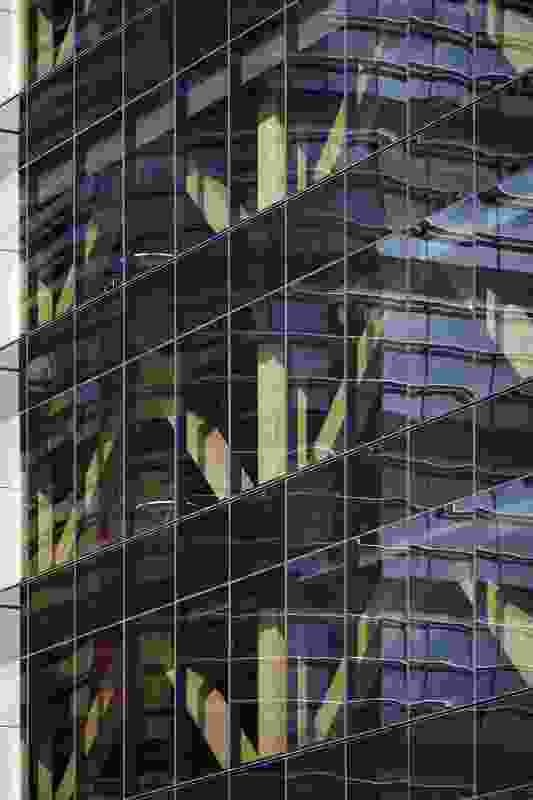 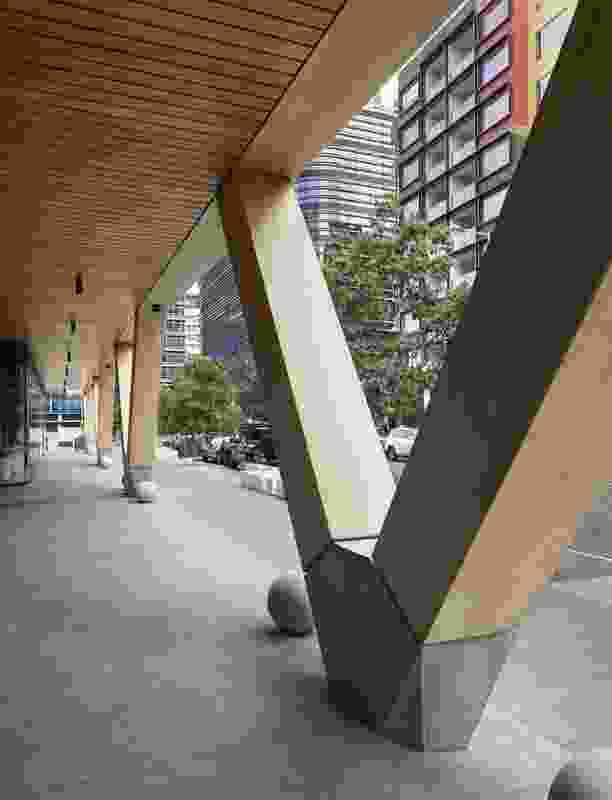 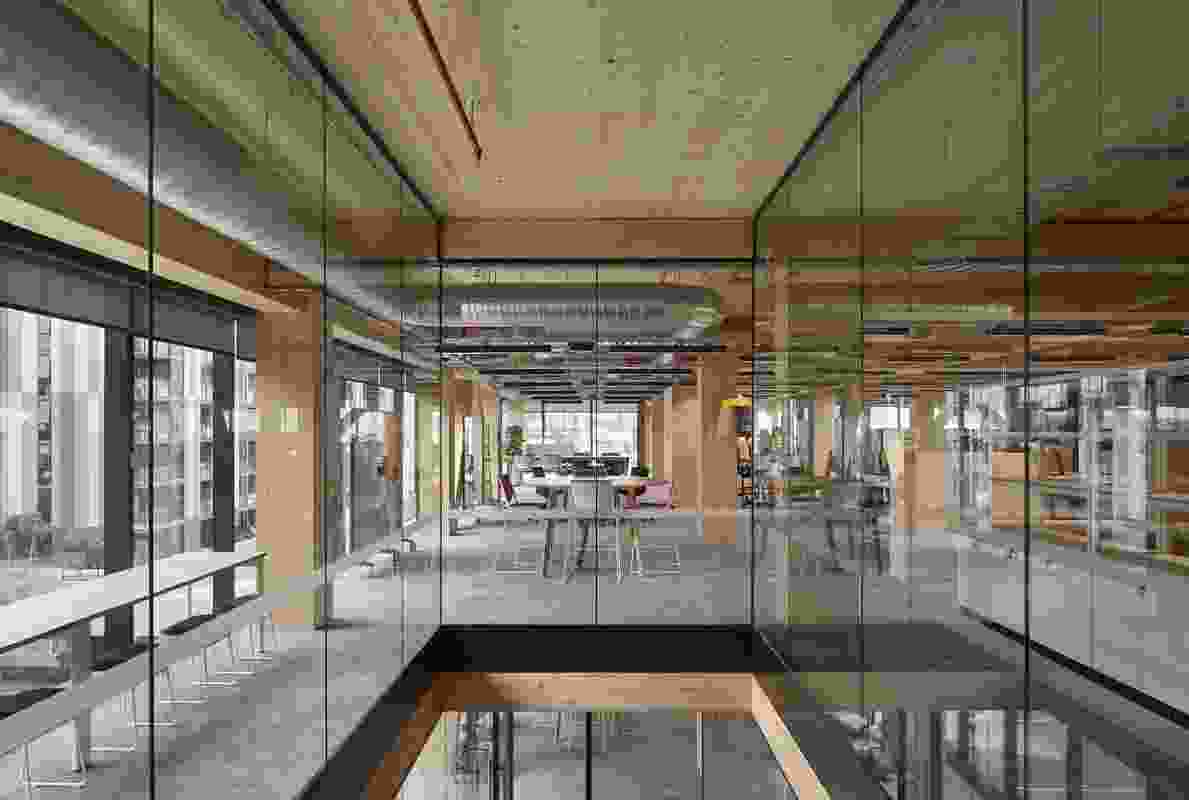 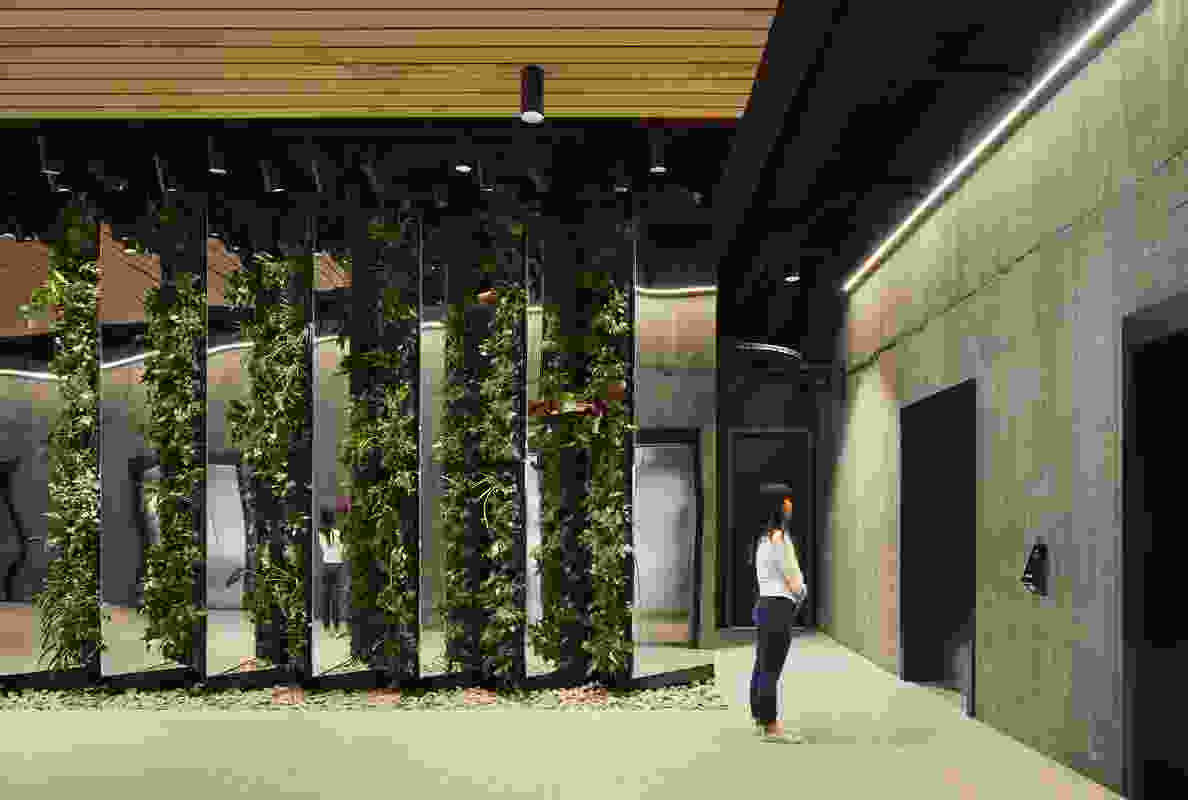 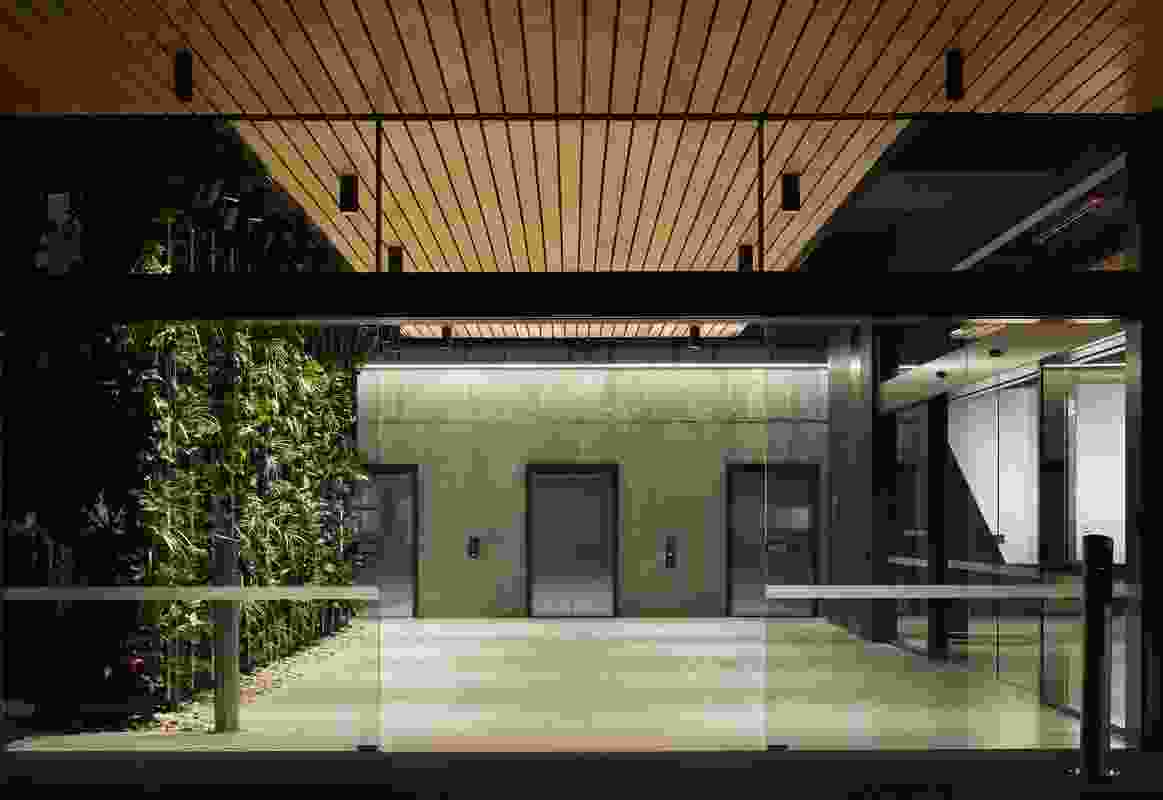