Bates Smart has unveiled its design for a 52-metre-tall office tower in Brisbane that will be made from engineered timber.

When completed, the timber tower is set to be the tallest engineered timber building in Australia. It will be just one metre shy of the world’s tallest timber building, Brock Commons in Vancouver, designed by Acton Ostry Architects, which was completed in 2016.

The proposed Lend Lease development, dubbed 5 King, will be part of the $2.9-billion Brisbane Showgrounds redevelopment in Fortitude Valley.

The 10-storey office tower will have the largest gross floor area for an engineered timber building in the world.

The proposed building will have a 54-metre-long timber colonnade lined with cafes and restaurants on the ground floor. The proposed southern facade will feature a glass curtain wall which will bring diffused daylight into the work spaces. The other facades will feature sun shading devices designed to reduce energy consumption.

“The timber construction recalls the vernacular ‘Queenslanders’ as well as relating to the historic pavilions [at the Brisbane Showgrounds], to create a site specific and innovative tall building that connects with nature,” said Bates Smart director, Philip Vivian. “The building’s ‘verandah’ will be an edge condition that maximizes connection with the environment.”

Tall engineered timber buildings are popularly referred to as “plyscrapers.” In 2017, Australia’s Macquarie Dictionary selected the term as a finalist for its 2016 Word of the Year. 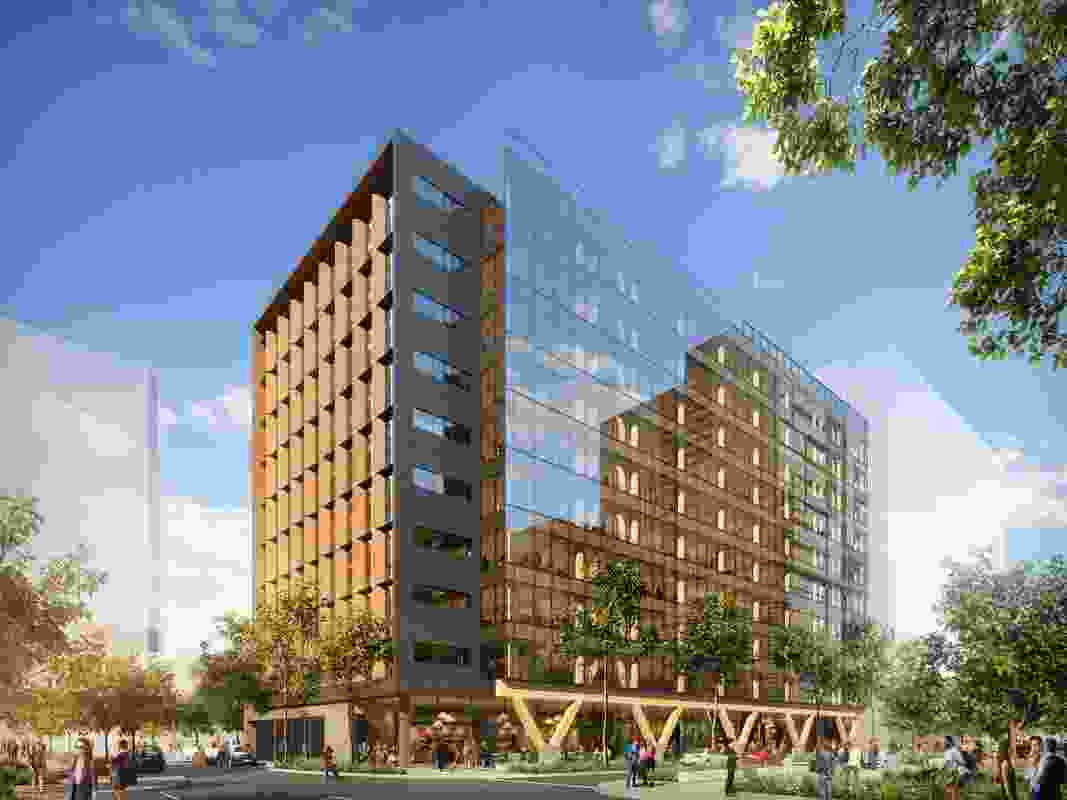 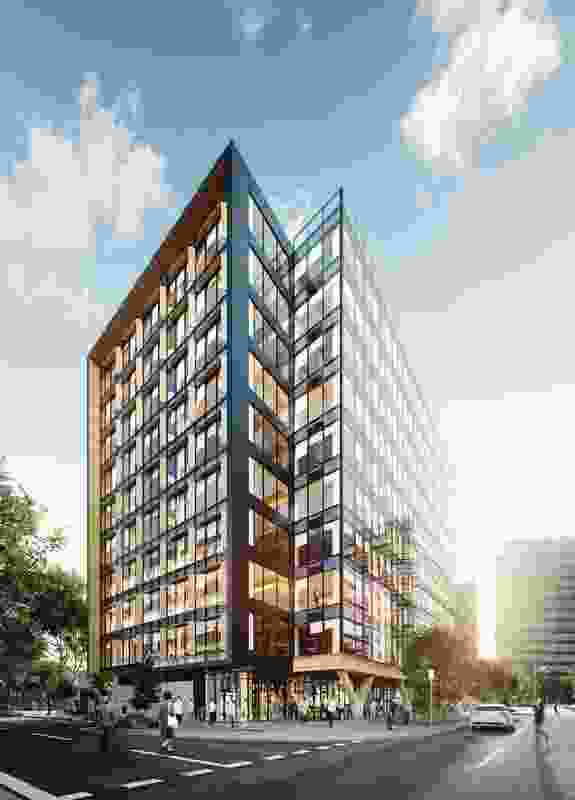 The ground level of the proposed 5 King engineered timber office tower designed by Bates Smart will feature a 54-metre-long timber colonnade lined with cafes and restaurants. 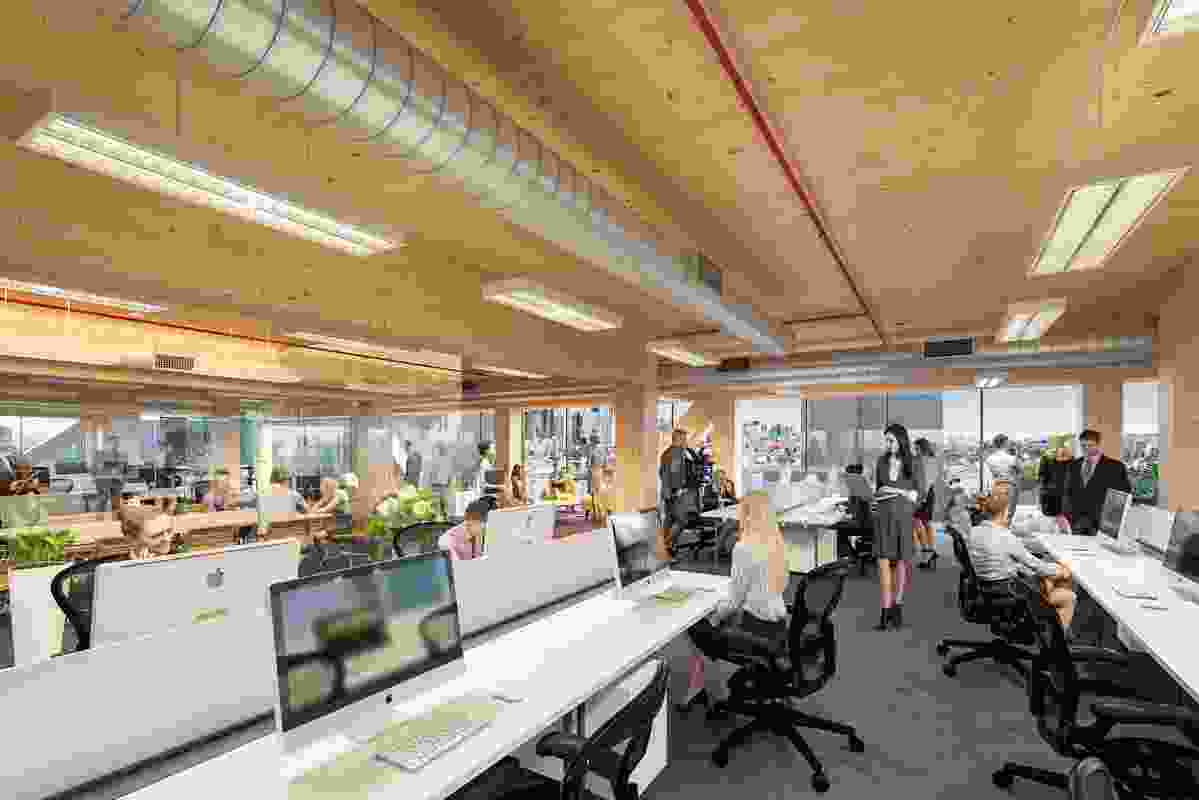