This year marks the 100th anniversary of the Bauhaus, an institution that helped usher in the modernist movement in art, design and architecture.

Bauhaus was a school of art founded by architect Walter Gropius in Weimer on the German principal of “Gesamtkunstwerk” and brought together many disciplines from fine art to architecture, industrial design and graphic design.

The Bauhaus movement profoundly influence architecture all over the world, including in Australia’s leafy, lake-side national capital. “Traces of Bauhaus can be observed throughout our city,” say the organizers of this year’s Design Canberra, which will feature a program of events teasing out the ways that school helped shape the Canberra we know.

“Bauhaus in Canberra” is one of a number of programs focused on architecture at the November festival, which will include an exhibition, a tour of Gropius protégé Harry Seidler’s Canberra projects and a number of talks with Penelope and Polly Seidler.

ArchitectureAU spoke with David Hobbes, an architect and heritage consultant with Canberra’s Philip Leeson Architects, about the upcoming events and the legacy of the Bauhaus movement in Canberra.

Could you tell us a little bit about the themes of this year’s Design Canberra Festival?

Design Canberra 2019 employs the concept of utopia to harness the power of imagination to shape the future of design – in Canberra and the world. Canberra is the perfect site for an examination of utopia – and dystopia – in 2019. Canberra might be best known in design circles for the Griffins’ vision of an ideal utopian city of democracy, which would embody a bold, radical and big vision for a young nation. Utopian ideas are also expressed in Canberra’s iconic modernist architecture of the 1950s and 60s. In recognition of the 100th anniversary of the iconic Bauhaus design movement thhat redefined what design could do for society and reflected the utopian ideas of its time, Design Canberra will also celebrate our city’s Bauhaus connections and enduring legacy.

People might not see the connection between Bauhaus and Australia’s capital – what influence has the Bauhaus school had on Canberra?

The Bauhaus (German for building house) was established in Germany in the 1920s by a group of architects wishing to explore a new approach to design and “making”, in large part as a reaction to the cataclysm of World War I and the destruction of the “old order.”

In the words of its founder, architect Walter Gropius, it sought “a new unity, a gathering of art, styles and appearance that forms an indivisible unit.” The approach was anti-academic and challenged traditional orthodoxies. It was a place for doers and makers and encompassed weaving, carpentry, metalwork, sculpture, theatre, painting and, of course, architecture. It led purposefully to the establishment of what we call the modernist movement in design. These ambitions were utopian and revolutionary and the rise of German nationalism in the early 1930s led to the Bauhaus’s curtailment and ultimate demise in Germany. A number of teachers and students, many of whom were Jewish, were forced to leave Germany. Walter Gropius and Marcel Breuer, among others, initially settled in England, where they had an influence on modernist design in the latter half of the 1930s, before ultimately emigrating to the US.

Design and building were largely interrupted during World War II, save for war related activities. Construction and reconstruction resumed in the post war world of the late 1940s and early 1950s and modernism, championed by the Bauhaus, found fertile ground. Its tenets of function, form, use of technology, adaptation to local climate, landscape and integration of art and architecture appealed to those seeking to rebuild a better world.

This coincided with renewed impetus in the early 1950s to develop Canberra as the national capital. The city’s planners were keen to embrace the best that modern design had to offer. To that end a number of architects practising in the modern style were invited to design buildings for the emerging city. After a faltering start the main phase of development occurred during the 1960s to 70s, many of these designs echoed ideals of utopia seen around the world at this time. Major examples include the postwar reconstruction of Berlin and other European cities, the English New Town movement and Brasilia, the purpose-designed capital of Brazil with numerous parallels to Canberra.

The late Harry Seidler is playing a starring role in this year’s Design Canberra – what was his relationship to Bauhaus and Canberra?

Harry Seidler has a unique association with the Bauhaus and was a major champion of its tenets in Australia. Born in 1923 to a middle-class Jewish family in Vienna, he fled Austria for England in 1938 only to be interned and deported to Canada.

There, he was fortunate to be accepted for study at the University of Manitoba and then at the Harvard Graduate School of Design in the USA where he studied under Gropius and Breuer, who had found a home there for themselves and the Bauhaus philosophies.

At Black Mountain College in North Carolina, Seidler also learned from a former Bauhaus master, artist Josef Albers. He then went on to work for Marcel Breuer in New York before travelling through South America en route to Australia, where his parents had settled.

In South America, Seidler worked briefly for Oscar Neimeyer, a major exponent of modernist architecture on that continent. It was with this pedigree that Seidler arrived in Sydney in 1948 to design a house for his parents. Struck by the Australian landscape and the opportunities which post-war Australia promised, he decided to stay. Here he combined the influence of his Bauhaus teaching with great technical expertise and adapted modernist architecture to the Australian landscape and climate.

Harry’s first building outside Sydney was the Bowden House in Deakin, ACT, designed in 1952 for a young public servant. It was one of a number of modest residential commissions that embodied modernist design principles – the use of concrete, cantilevers, large areas of glazing contrasting with small windows, partly open plan interiors and the introduction of a complete interior design comprising furnishings, artwork and lighting. Seidler designed about a dozen buildings here over a period of thirty years, including the Barton Offices, Lakeview Townhouses, Campbell and Garran Housing and Ethos House in Civic. Sadly, several of his buildings have been demolished or substantially altered.

And I understand Penelope and Polly Seidler will be at Design Canberra this year?

In recognition of Harry Seidler’s contribution to Canberra and his relationship to the Bauhaus, Design Canberra will present a series of programs in the festival this year. Penelope and Polly Seidler will be joined by NGA curator, Anne O’Hehir, to discuss the importance of champions in the arts. Harry Seidler and Associates Architect, Greg Holman, along with a team of architecture experts will be leading a tour through the iconic Harry Seidler-designed Lakeview Townhouses. And Harriet Edquist (curator, author and Professor of Architectural History at RMIT), will join Penelope and Polly in conversation to discuss Harry’s connection to Canberra and the Bauhaus diaspora.

Is the influence of Bauhaus present in Canberra’s architecture and design scene today?

In so far as Bauhaus principles embody an approach and a way of thinking rather than an exact style, its influence is very much present in Canberra today in the current evolution of good modernist design which emphasises function, light, space, sustainability, visual contrasts and tensions and in particular in some excellent recent buildings the melding of architecture and the fine arts into a unified whole.

What are some other highlights of the festival?

I am looking forward to the architecture programs. This year, the festival will shine a spotlight on John Andrews and his “aggressive, utopian” architecture in Canberra, including the Callam Offices and Cameron Offices. There’s a public conversation between Tim Ross and John Andrews, and an exhibition curated by Tim. There are also bus tours of iconic mid-century architecture by Boyd and Seidler, and open homes of contemporary architecture with pop up exhibitions by local contemporary craft artists and designers every Sunday. There are over 200 events.

To see the full-program, head here. 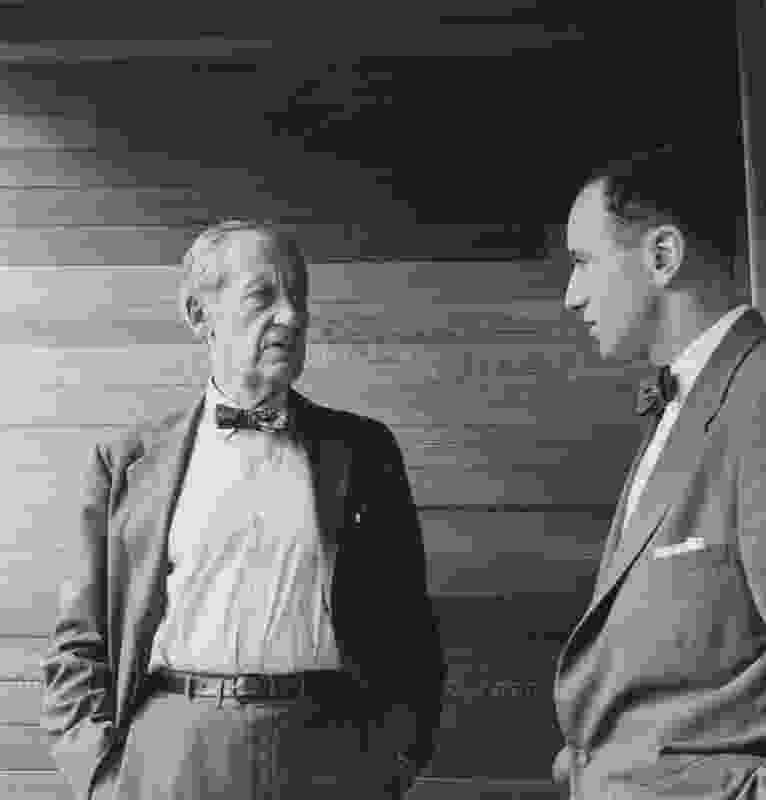 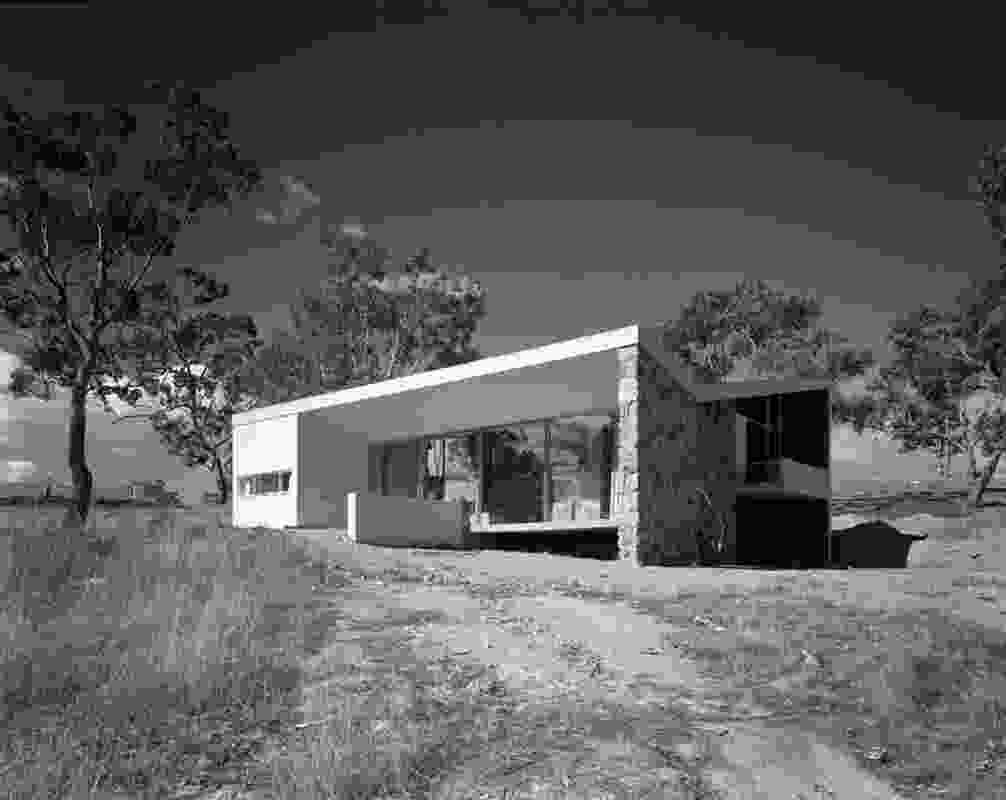