The Queensland Heritage Council has rejected an application to list the University of Queensland Union Complex, paving the way for its demolition.

Comprising a number of interconnected brick-and-concrete buildings designed by Stephen Trotter (of Fulton Trotter Architects) and built in the 1960s and ‘70s, the complex is known as a touchstone of Brisbane modernist architecture and a hotbed of radical politics.

A heritage application was submitted by university librarian Jeffrey Rickertt in May 2019, after the university unveiled plans to demolish the complex to make way for a new “student hub.”

The application covered the two-storey Union Building, enveloped by distinctive precast concrete block screens, the extension of the Refectory, the Relaxation Block and the Schonell Theatre, as well as the open space between these buildings, known as The Forum.

Rickertt, along with a group of UQ alumni, former student unionists and activists organized under the Save UQ Student Union Complex banner, argued that the complex was worth protecting for both its architectural value and its role as “the hub of Queensland democracy.”

In its decision on 29 November, however, the heritage council rejected that view, finding the complex did not meet the specific criteria for state heritage listing.

“It was noted the buildings and spaces in the complex had been extensively changed over time,” said council chair Debbie Best. “The physical exterior of many of the buildings has changed significantly since they were first constructed, in some cases to make way for commercial activities, while the interiors have been considerably altered as different uses and requirements took priority.

“It was also noted the open space between the buildings, known as The Forum, once a grassy area with a number of levels, had undergone substantial re-development, and was now levelled and concreted over.”

The council did recognize that The Forum has played a significant role “in fostering debate about a range of social issues over time, drawing the community’s attention to many important social issues,” and as such it “should not be ignored.”

Throughout its history, The Forum became the focal point for protests against the Vietnam war and conscription, the tour of the South African Springboks rugby team during apartheid, and Joh Bjelke-Petersen’s crack-down on political marches.

The council said it would “make representations to the university recommending that an appropriate acknowledgement” be given to The Forum.

“We acknowledge the council’s desire for UQ to recognise The Forum’s contribution to fostering debate about a range of social issues,” he said.

“As a university committed to freedom of speech, we are looking forward to exploring how best to do that.”

Architecturally, the complex combines international modernism and beaux-arts classicism with an environmental sensitivity, according to Queensland architect and academic Don Watson.

“As one of the first developments outside the historic core of the campus, the complex signalled a major change of direction for the St Lucia campus and reflected Queensland’s emerging confidence as it approached its Centenary in 1959,” he wrote in the heritage application.

The 2015 history of mid-century Queensland architecture, Hot Modernism, explains how the architecture helped create a central meeting place that “grew into the epicentre of Brisbane’s Political dissent.”

“Architects were charged with the reconceptualization of the university from a place for elite formation to a site that could express egalitarian values, engender a sense of community and – above all – cater for mass education,” reads the entry.

The university’s planned 28,000-square-metre student hub will include 1,800 square metres of space for the UQ Union. 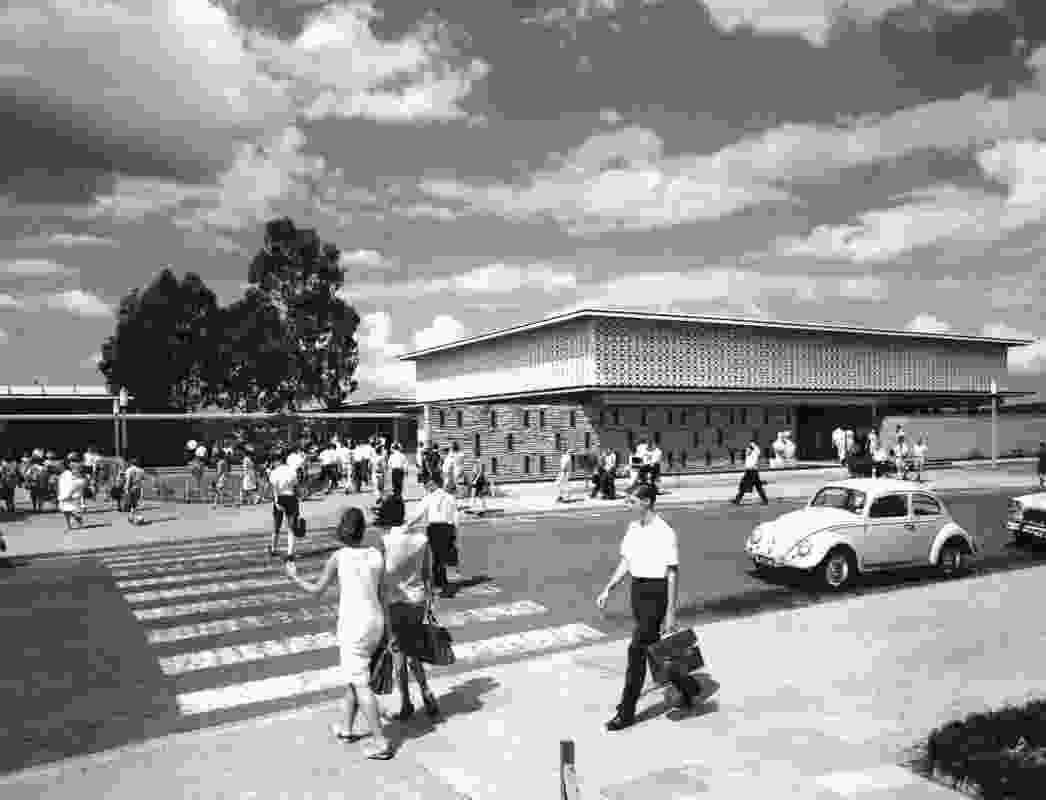 A concept image for the new Student Hub. 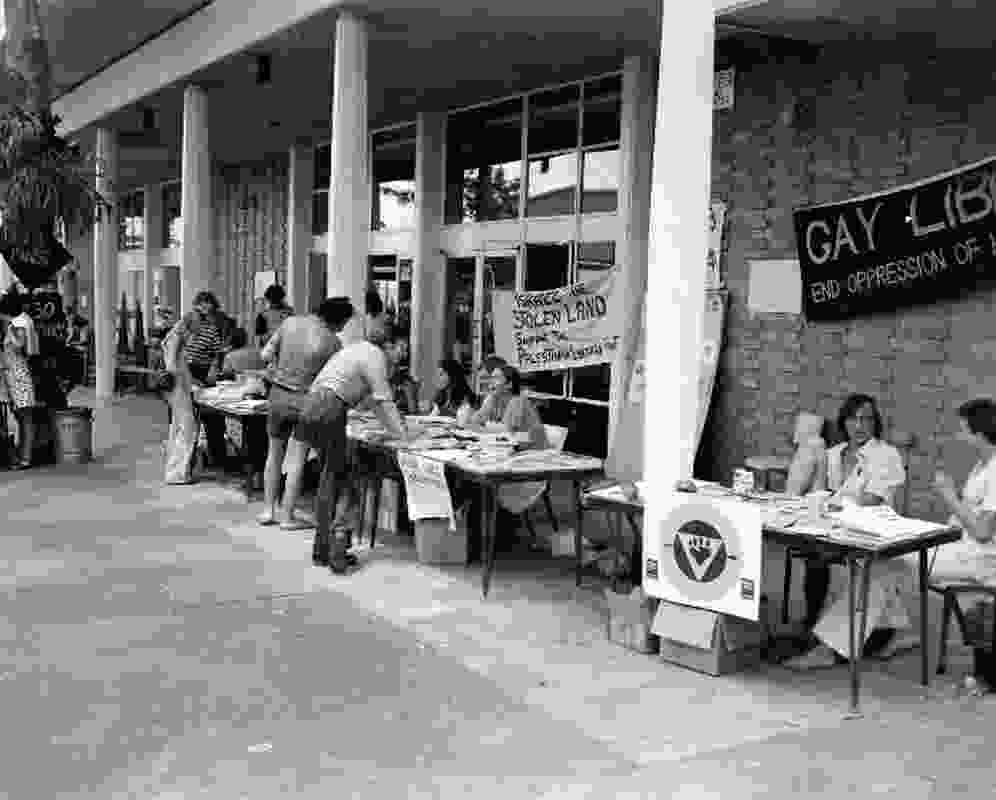 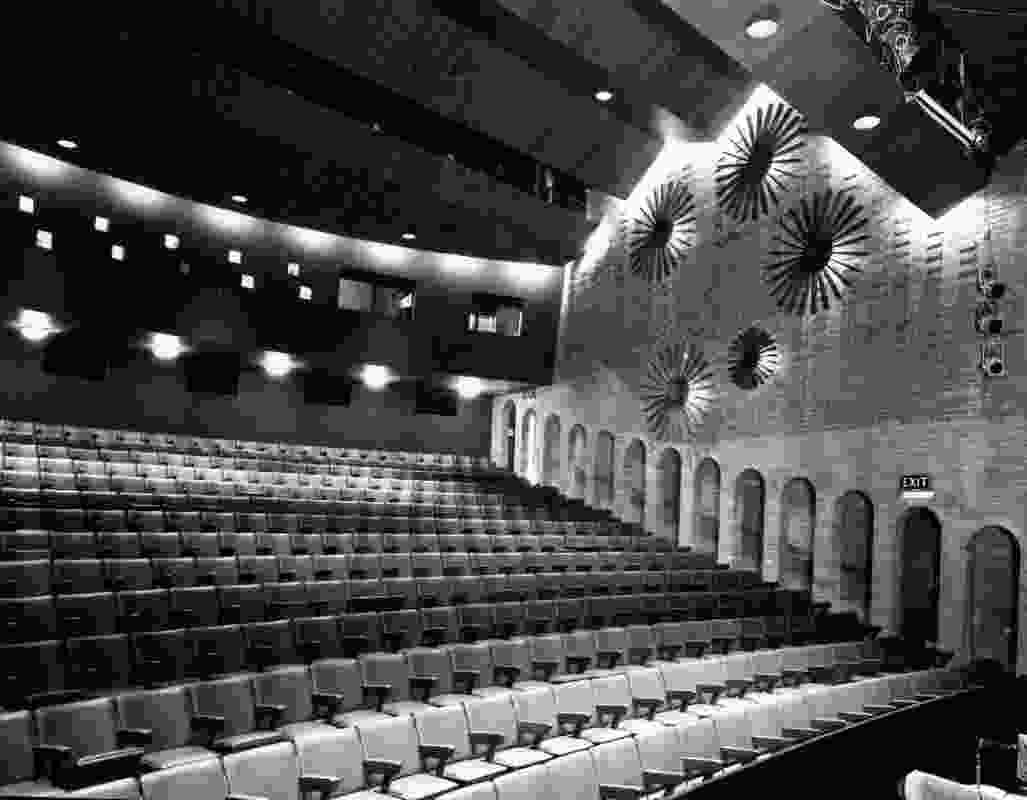 The interior of the Schonell Theatre, 1971. 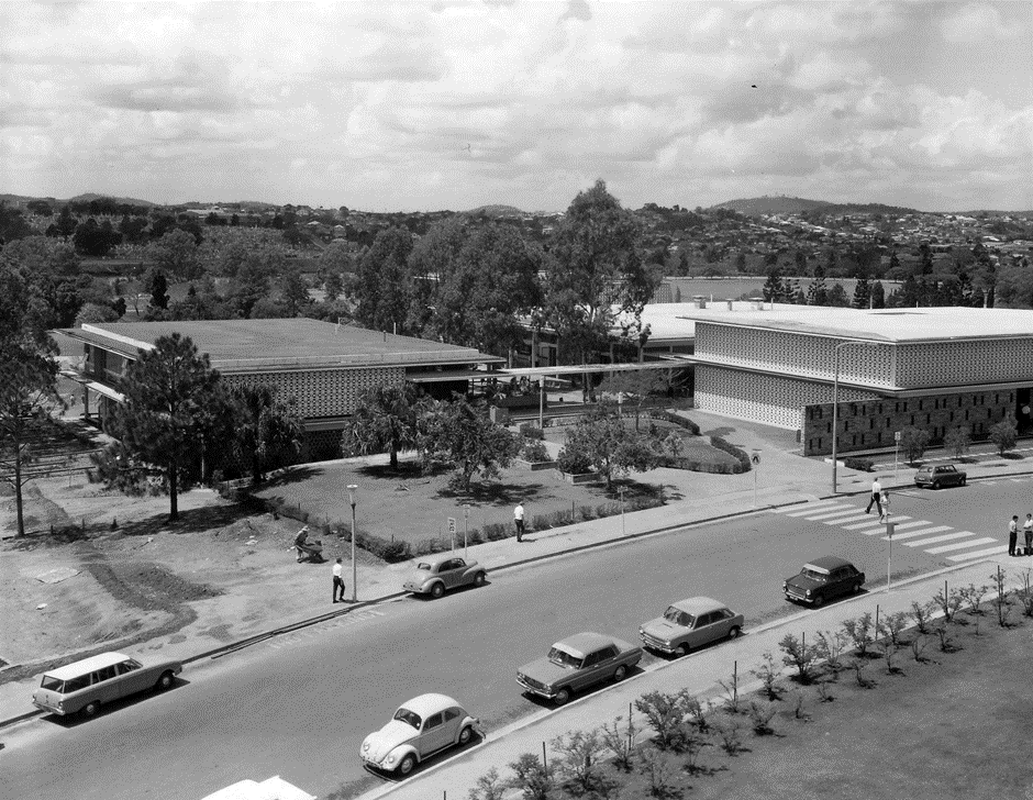 The Student Union Building, the Relaxation Block and the Refectory, designed by Stephen Trotter, 1967.