Billie Faircloth: Research is a subset of design

Billie Faircloth is director of the KieranTimberlake Research Group (KTRG), a transdisciplinary group that leverages research, design and problem solving processes from fields such as environmental management, urban ecology, green infrastructure, design, construction, chemical physics, electrical engineering and materials science. She was a guest speaker at the Material conference in Melbourne in May 2013, where Robert Beson of AR-MA spoke with her about incorporating hard-core research into everyday architectural practice.

Robert Beson: I’m curious about your view on the relationship between architectural practice and architectural research, in particular, the role of the architect in relation to material supply chains, logistics, and knowledge management.

Billie Faircloth: Okay, I can begin by explaining a bit about KieranTimberlake. The practice began about twenty-seven years ago in Philadelphia. It was founded by three partners, two of whom are James Timberlake and Steve Kieran, hence the name. We are a research-centred design practice, which means that we legitimize searching and searching again for our architectural practice and design to merge into beautiful buildings. We can do this because James and Steve are two designers who have always oriented themselves to asking questions. As they built this practice, and decided how they wanted to practice, they understood that the role of research was fundamental to what they wanted to accomplish as a legacy, but also as a means of what one does as an architect. So they have pursued research-centred design for quite some time now.

RB: How has the firm organized itself around research?

BF: One of the most significant things that happened to reorganize the firm around research happened in 2003, when they won the inaugural La Trobe Fellowship from our AIA (American Institute of Architects). That fellowship allowed them, and gave them the funds, to investigate a series of questions that related to their observations about the state of practice in architecture. Observations about its decline in quality and productivity, and the decline in impact. They began to wonder how other industries – like shipbuilding, for instance – manage to manufacture objects of high quality and precision, and add the details in a certain amount of time? Or how does the airplane industry do it, or how does the car industry continue to reinvent its processes again and again?

Therefore understanding the supply chain, and understanding that one can operate on it, is central to that observation. It was also central then to their subsequent pursuits after finishing this research. The funds from that prize went also towards the writing of the book Refabricating Architecture: How Manufacturing Methodologies are Poised to Transform Building Construction (McGraw Hill Professional, 2003), which documents all of that research.

Research is a subset of invention and innovation in design, and that everything we do in the office could, in fact, be part of that searching and searching again.

The results of the research allowed them to reorganize the office around further research. It recognizes that research is a subset of invention and innovation in design, and that everything we do in the office could, in fact, be part of that searching and searching again.

RB: You are the director of KTRG, the research group within KieranTimberlake. How does it operate within the structure of the office?

BF: I joined KieranTimberlake in 2008 from academia. It was at that point that they decided they wanted to formalize their research practices into something else. They have always had speculative projects and when I joined KieranTimberlake, the Cellophane House was just about to be delivered to the site in midtown Manhattan. Smart Wrap had already been installed in 2003. It was at this time that they began to pursue a course that would allow them to more robustly define a research group inside the office. That research group was initially defined around a series of individuals who would be willing to leverage their knowledge from ecology, chemical physics, environmental management, green infrastructure, sculpture, and architecture towards solving problems regarding the creation of architecture.

We don’t all speak the same language, which is one of the challenges of trans-disciplinary design. The way we get around this is to explicitly articulate the research question because it’s essential to the way that anyone’s brain can really begin to engage problem solving.

That group exists today as twelve individuals with very different practices. We don’t all speak the same language, which is one of the challenges of trans-disciplinary design. The way we get around this is to explicitly articulate the research question because it’s essential to the way that anyone’s brain can really begin to engage problem solving. So one of the first principles of doing really good research is to know what your study question is and as soon as you have a study question, human behaviour suggests that you can’t help but begin to answer that question. That is one of the primary means by which we broker all of these different disciplines. Our researchers, this team of very talented individuals, works with another team of very talented individuals, our architectural staff, and this entire group sits on the same floor.

There are about 100 of us and over the course of a week, the research group may form ad hoc, temporary teams that last two hours, two days, or two months to ask and answer questions, and to work alongside of our architects. The research group has the privilege of being the trans-sector in the office, if you will, because we get to see all of the projects. We cut across the firm and we’re able to understand all of the goals and aspirations for each of the projects.

We have a framework that says before anyone starts sketching on a napkin the form of a building, one must surround the creation of architecture with information.

We begin each of the projects with our teams through our research protocol which requires us to define what we call the informational context for every project. This means that we start projects by simply asking questions about ecology, of flora and fauna, hydrology and topography, historical precedent and use, and environmental regulation. We have a framework that’s called a research and environmental design report that says before anyone starts sketching on a napkin the form of a building, one must surround the creation of architecture with information. That information comes from doing research, and once you do that research, we should be able to incorporate strategies, goals, numerical inputs, and parameters in order to create that building.

So from the very outset, members from the research group augment or expand the project team. We form this temporary team with them for about two weeks. We ask these questions, we pull out, they continue with the client, and then we come back in again when there are other very targeted questions that they might have. Those questions could take on many different kinds of forms. Some of them are directly related to form generation and require modelling and simulation and may require the creation of custom tools. Some of the questions might be more targeted to material selection. Some of the questions might result in the creation of an evaluation of prototypes. Team members are always there and part of our aspiration is that everyone in the firm is considered a researcher. Research is a practice that’s part of our culture. So the teams and practice as a whole creates knowledge associated with the questions that it asks. That knowledge is captured through some very specific protocols and then that knowledge becomes part of a database that can be shared and searched.

RB: How do you disseminate that knowledge throughout the office?

BF: Every Monday we publish internally some of the highlights of our research from the week before so people know what’s happening. When there has been a really interesting interrogation on a team, it’s the research group’s responsibility to identify those things and get the office together and say “We have to tell you about this tool,” or “We have to show you this workflow that we’ve just generated.” This happens on a monthly basis. So knowledge is managed very formally through the sharing of information, just through a database really, but also it can be shared formally through presentations and weekly through a series of very clear descriptions. It’s also shared informally. The lunch room is the best place to learn what’s going on in a project.

What’s also quite interesting about the project-centred research we do is that the questions our researchers ask will often lead to a whole other project. For example, the recent survey we completed of seven of our green roofs began with the question: “What’s going on up there?” It began by one of our researchers observing the rampant growth of vegetation on one of our green roofs and wondering what caused it. We conducted a vegetative survey. It’s a green roof, a technology, and we typically describe it as being extensive or intensive, and label our drawings accordingly. An ecologist sees it differently: to them it’s a series of highly specialized plants that have root structures that all perform very differently. When you put that ecology on a form, overshadowed by a building, and allow water to accumulate in certain places and not other; guess what, there’s a relationship between form, vegetation and the performance of that roof in terms of how storm water is managed and the thermal resistivity. You can in fact create a really wonderful relationship between form and vegetation. It’s an unflawed design problem but it’s one that we could only discover through the viewpoint of three of our urban ecologists who said, “Hold on a second there’s something to learn here.” That’s one really simple example of where another person’s body of knowledge intersects with architecture in a really fundamental way.

RB: And the fact that you can actually support twelve non-architects commercially within the practice, is testament to the fact that it’s working.

BF: It is. In the reorganization of the firm we said that we would set aside a portion of funds to invest back into the firm. It’s essential to how we conduct our projects on a day to day basis, and to our aspirations of aiming higher for our buildings. We now have the capacity to know just how far we can push knowledge and we can keep on pushing because we have augmented our practices with all of these other wonderful knowledge sets. After four and a half years of building this group and being at KieranTimberlake, I think we’re finally beginning to see maturation.

Billie Faircloth: Research is a subset of design 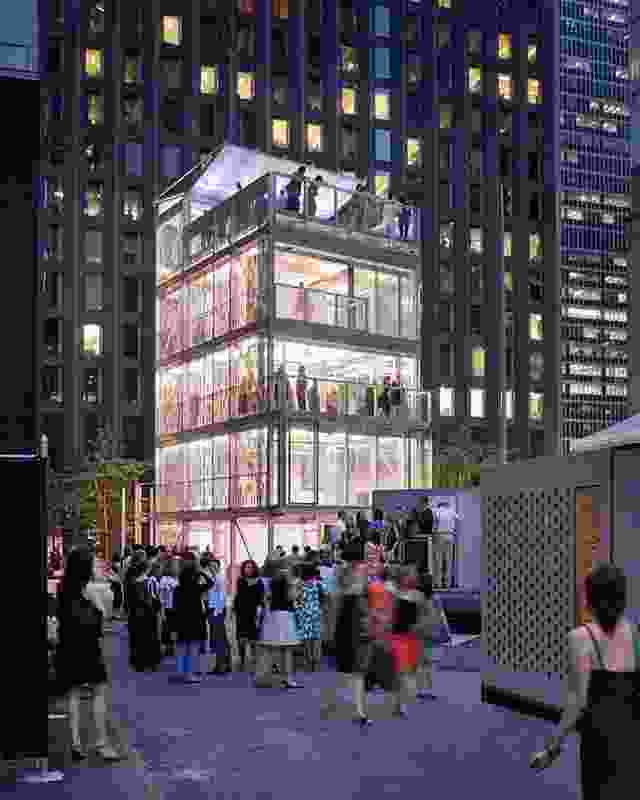 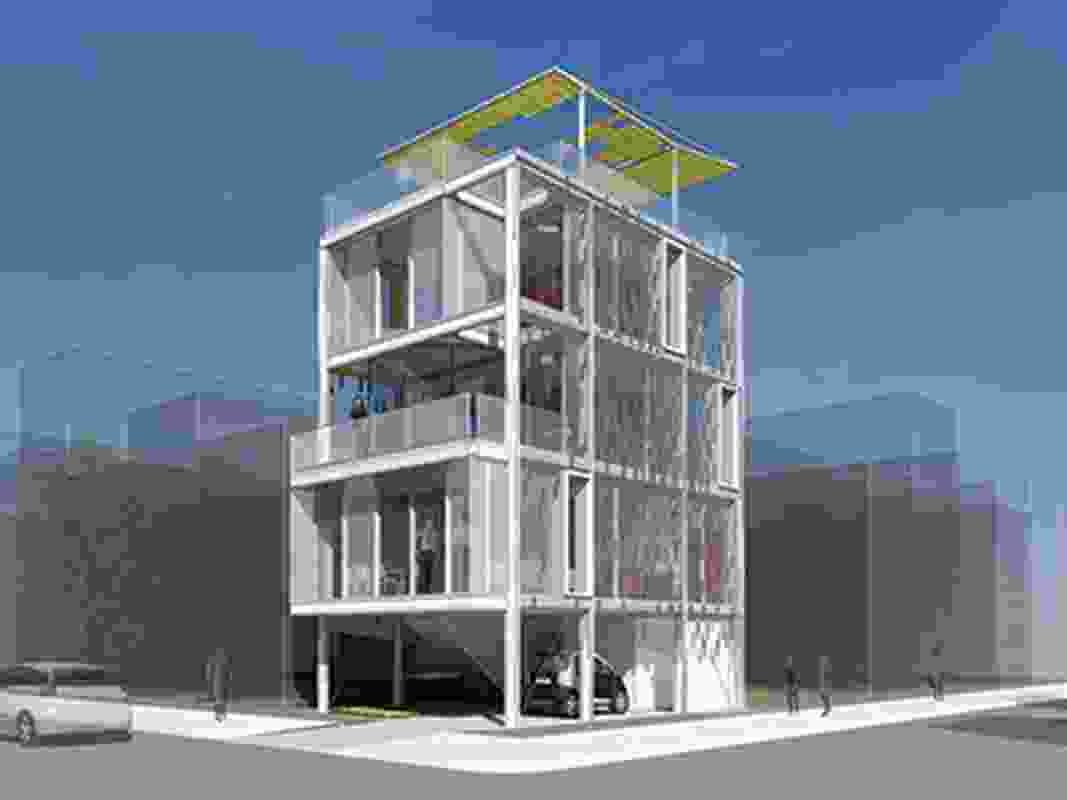 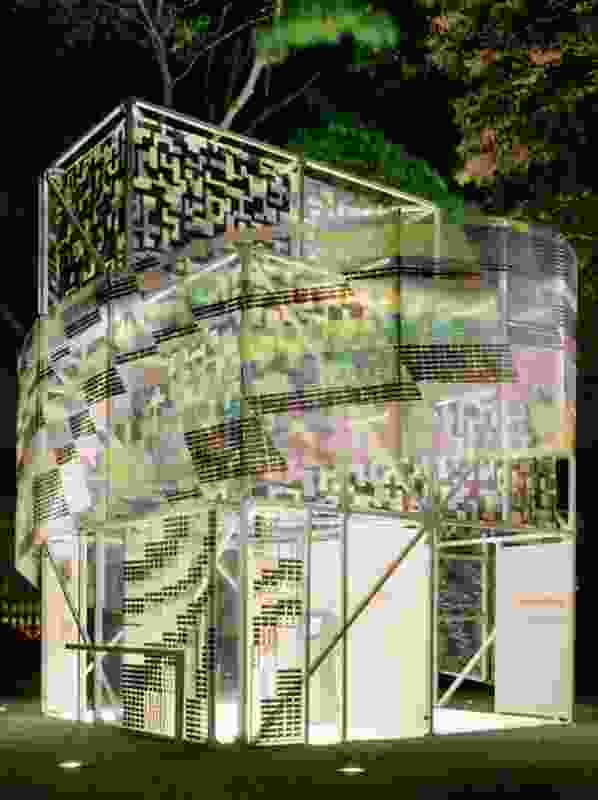 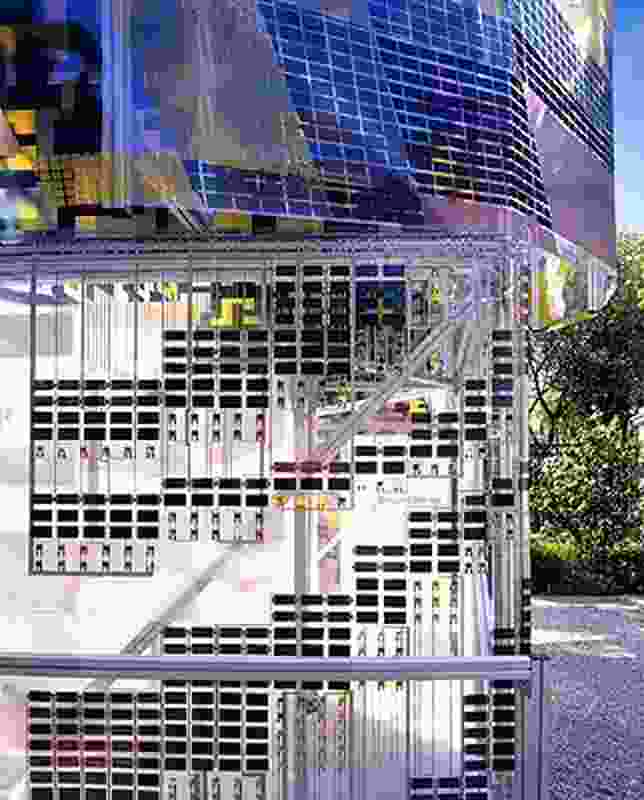 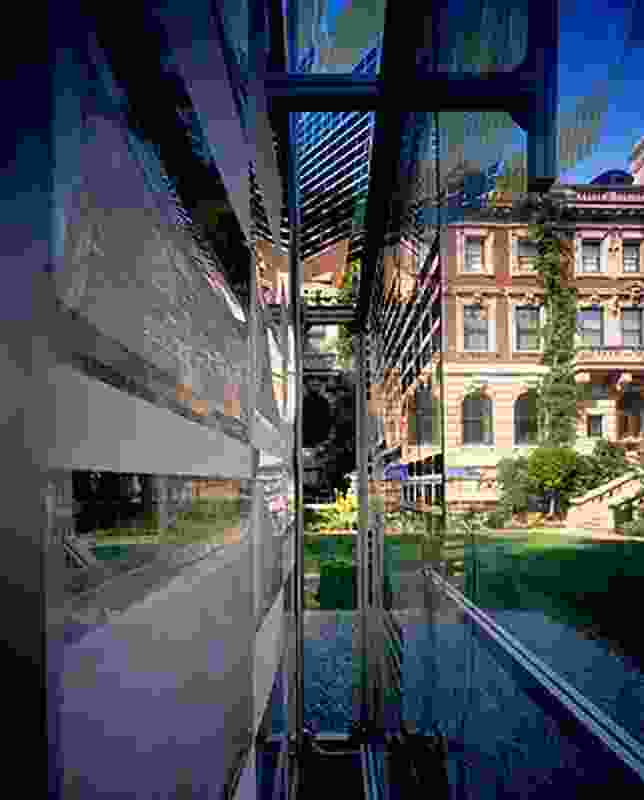