Claire Healy and Sean Cordeiro, the designers of the Tower of Power.

A seven-metre-tall neo-medieval “Tower of Power,” comprised entirely of Bondor Panel, will be one of the centrepieces at the Sydney Contemporary Art Fair this September.

Designed by Claire Healy and Sean Cordeiro, the Tower of Power is a site specific work commissioned by Bondor. This is the third year that the Australian manufacturer has sponsored the art fair.

Some 160 panels will be used to construct the tower, with the largest panel reaching 7.7 meters. Artist Claire Healy said Bondor Panel was well suited to the project.

“The innovativeness and versatility of Bondor Panel, with its matt, off-white extrusions, allowed us to effectively transform a utilitarian industrial stalwart into a medieval architectural fantasy,” she said.

“The panels can connect via Bondor Slip joints, so the individual panels slip and lock in together like a kit – easy to use and creates a strong and seamless finish.”

“We can’t imagine that the product was ever intended to be used in such a way – but it also reminds us that Bondor is part of a history of construction that dates several millennia back into history,” she said.

Visitors will be invited to climb the 225-square-metre tower for a 360-degree view of the vast exhibition space within Carriageworks. This will offer them an architectural “god’s eye view” of the fair.

The tower will also function as a mobile phone charging site. While attendees look over the art fair from above, they may also recharge the battery of their mobile phone.

Now in its fifth year, the Sydney Contemporary Art Fair runs from 12 to 15 September.

This year the fair welcomes more than 90 galleries from around the world showcasing the work of over 400 artists.

Fair director Barry Keldoulis said Bondor’s involvement has been invaluable to Sydney Contemporary. “We’re particularly excited to see them enable the Tower of Power after successful partnerships in 2018 with Patricia Piccinini on The Field installation, and in 2017 with Robyn Stacey on the camera obscura commission Double Take.”

Australian furniture suppliers Domo are celebrating the 160th anniversary of French furniture house Ligne Rosset with discounts across the entire line until 24 March.

Traditionally only found in professional kitchens, Smeg’s innovation celebrates the best of form and function.

The Pebble collection of bathroom ware design in collaboration with Bjarke Ingles Group was awarded Best of the Year by Interior Design magazine. 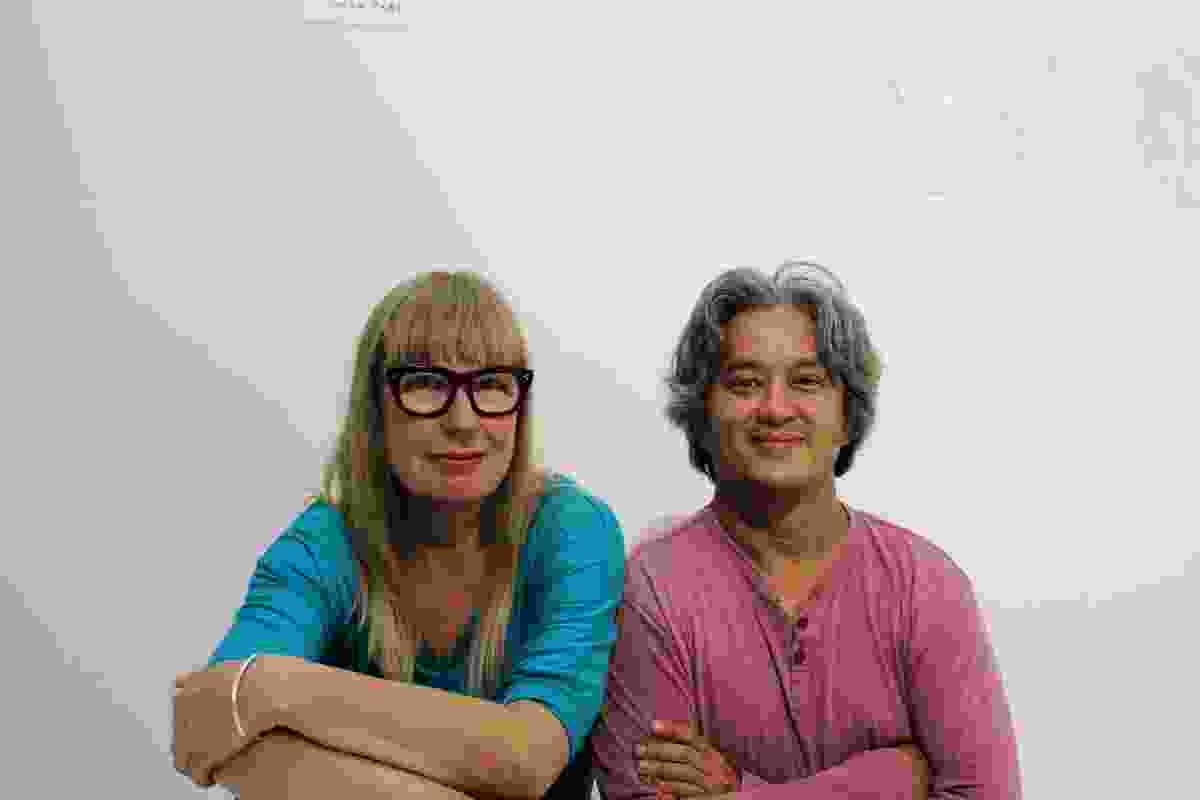 Claire Healy and Sean Cordeiro, the designers of the Tower of Power.