Revealed rather than crafted: The houses of Bower Architecture

Over the last ten years, Bower Architecture has carefully refined its collection of signature elements and spatial techniques to create houses with “completeness and specificity about them.”

An exploration of good proportion and selected view framing are seen at the practice’s first project, Caulfield House.

The tale of a studio that is founded by university friends, cuts its teeth on a succession of residential projects over ten years and then embarks on a steadily widening range of commissions is a common one. Residential architecture is often the default gateway to building and broadening a client list, and it is occasionally undertaken with a certain impatience by young designers keen to move on to “bigger and better” things as quickly as possible: public commissions, institutional work, educational projects, almost anything that provides a broader canvas and bigger soapbox. In some respects the story of Bower Architecture is familiar – but this urgency to move beyond residential design is not a part of the Bower narrative.

When I asked the practice’s founding directors, Jade Vidal, Chema Bould and Anna Dutton, to give me the “Bower story” in a nutshell, the word they selected was “revealing.” The partners then shared a catalogue of works that have been painstakingly assembled, thoughtfully shaped and near-flawlessly executed. There is, and has been, no impatience here over the past ten years, no over-reach of ambition: just the clearly articulated desire to reveal to themselves, their team and their clients what can be achieved when you take the time to get things right.

Bower Architecture’s first project, Caulfield House, set the pattern for a series of ever-strengthening client relationships. As Jade notes, the client for that first house took an enormous chance with the young, untested team, who for their part were conscientious to not betray the loyalty shown to them. This is the keyword for Bower’s attitude to clients: loyalty. Creating a house is at least a two-year journey, and for the process to bear fruit there must be a relationship of mutual respect between architect and client, says Jade. The commissions the Bower team has fulfilled would not be half as successful without this deep engagement and empathy.

In Caulfield House we find the emergence of moves that have gone on to become Bower’s signature elements and spatial techniques. There is the gradual revealing of spaces as one moves through the house and around corners, the careful revealing of views in both plan and section. There is the use of spatial compression and expansion, often in close and contrasting proximity to each other. We find the first use of the courtyard as a practical spatial and organizational technique, complete with a feature tree, and we also see an early preoccupation with good proportion, judicious sizing of windows and connection to the ground plane.

These elements are evident, albeit in differing forms, in many Bower projects. The Stepping House, a renovation and major expansion of a beautifully proportioned 1960s house, uses the careful choreography of arrival and movement through the home to slowly reveal capacious living accommodation. The building form steps up from the street in three bands, the last of which is the two-level-high point of the dwelling, only partially visible from the street. Again we see the use of the courtyard as an organizational device, in this case dividing principal zones of activity and forcing a more circuitous internal navigation of the site.

Hover House takes the courtyard motif and enlarges it, both conceptually and literally. At Hover House, so called because the living space seems to hover over the austere walled garden, the courtyard is the defining spatial structure. The home is wrapped around the perimeter of this central space, with functional zones “hanging off” the framework in plan. One moves into and through the house in a counter-clockwise direction around the edges of the courtyard, experiencing increasingly private spaces in sequence.

Kate’s House draws on the Bower toolkit in other ways, to solve other design challenges, including a previous disconnect between house and site at the rear. Entry to the refurbished and extended house is from the side, another common Bower planning technique, favoured because it frees up the rear of the site for the interaction of garden and living spaces, with bedrooms relegated to the front. The Bower team responded to a client brief that demanded “no tricks or stunts” to deliver a remarkable framework for an even more remarkable art, sculpture and object collection.

Hide and Seek House was in the final stages of construction when I spoke with Bower. In this project, the courtyard is used in combination with a deceptively simple manipulation of views and sight lines in plan and section. The house abandons the indiscriminate application of open planning and universal surveillance (a contemporary affliction) to create a more nuanced suite of contained and separated rooms and zones.

Bower’s work demonstrates an unwavering faith in the need to find the “right” architectural solution for the challenge at hand. The architects spoke of the moment in the design process after the absorption of technical data, where an intuitive leap “unlocked” or “nailed” the project. This is the essence of their concept of “revealing” – it is as if solutions are uncovered or unearthed, revealed rather than crafted.

Something must also be said of Bower’s architectural language. It is a unique hybrid, and one that serves the practice’s purposes well. Many of the projects display points of reference floating in exquisite juxtaposition: we see notes of Alvar Aalto’s Summer House, bits of Australian beach vernacular, and even the occasional nod to Albert Frey and the Palm Springs desert modernism movement. The skill and care taken with these buildings allows these and other referential debts to be carried lightly. The houses have completeness and specificity about them – anything but pastiche.

When asked “where to next?,” Bower’s directors agree that having crossed the ten-year threshold, they are indeed keen to pursue a slow expansion into commissions outside residential design. The commission to design the new fernery at the Ballarat Botanical Gardens, with landscape architecture practice Laidlaw and Laidlaw Design, is evidence of that. However, they also agree that these new types of commission will not eclipse their commitment to designing beautiful homes. How the team applies its carefully assembled suite of tools and planning techniques to public and institutional architecture is something that only time will reveal.

Revealed rather than crafted: The houses of Bower Architecture 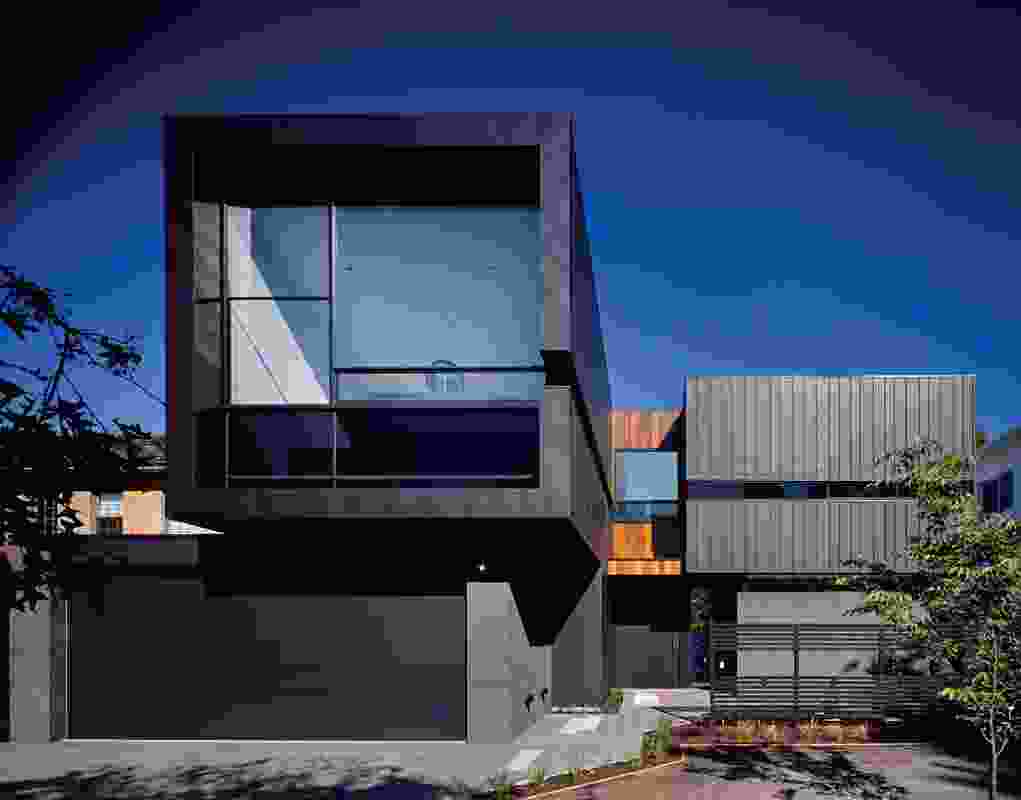 An exploration of good proportion and selected view framing are seen at the practice’s first project, Caulfield House. 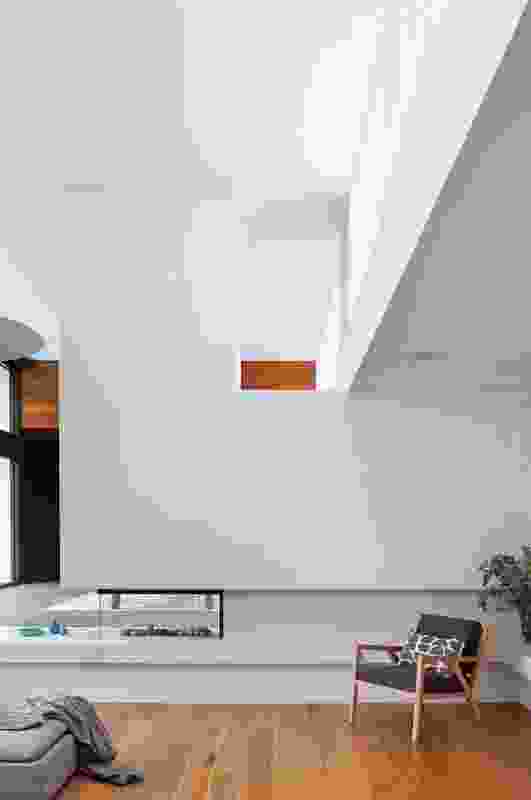 The double-height living space of the Stepping House is slowly revealed through a careful choreography of arrival and movement. 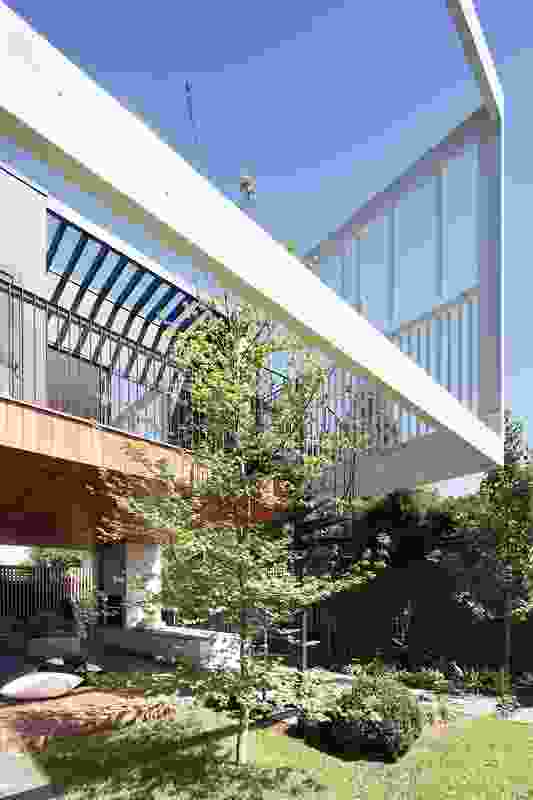 The courtyard forms the organizational device at Stepping House, with both levels connected to this outdoor area. 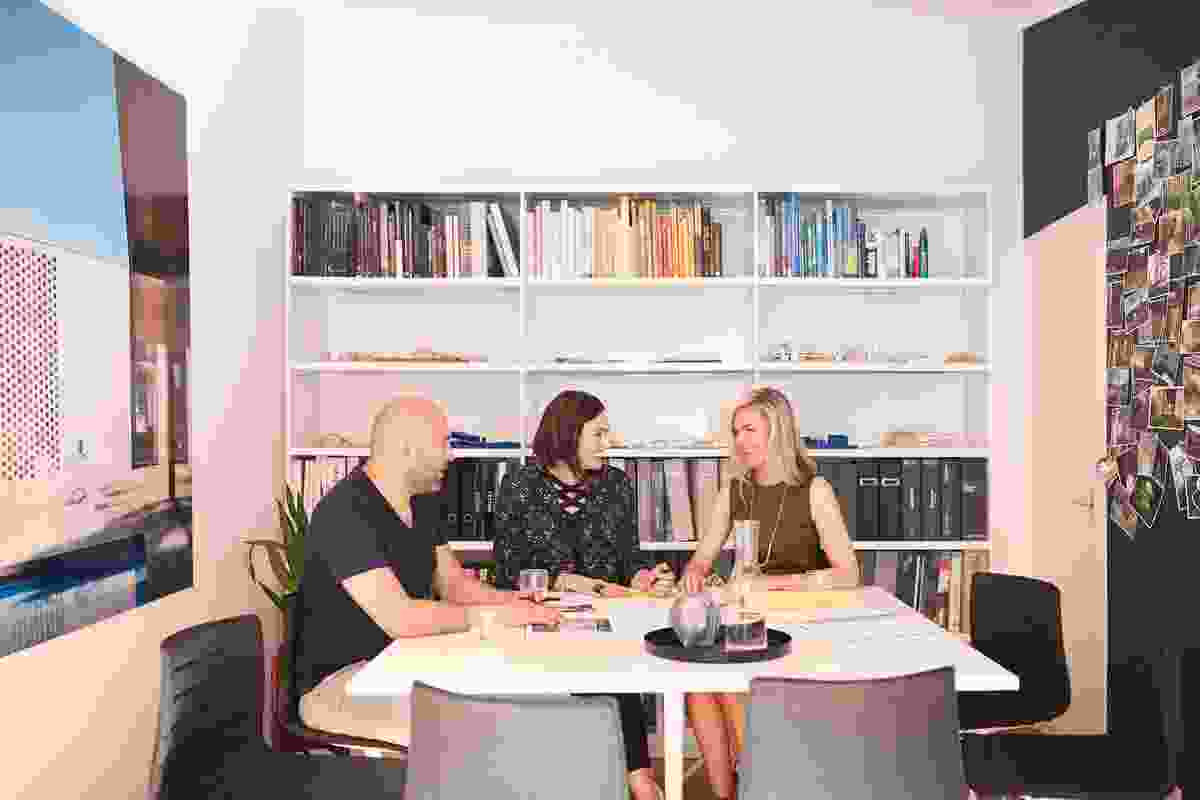 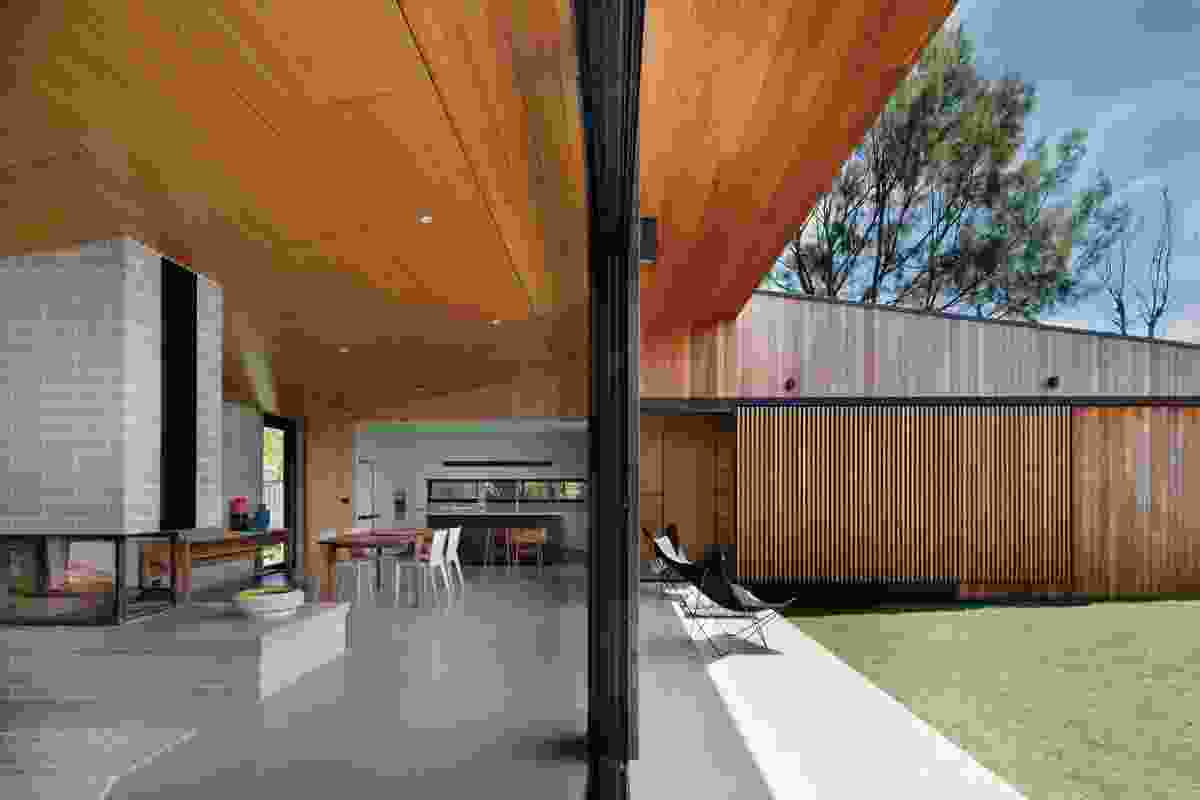 At Hover House the living spaces “hang off” the perimeter of an oversized courtyard. 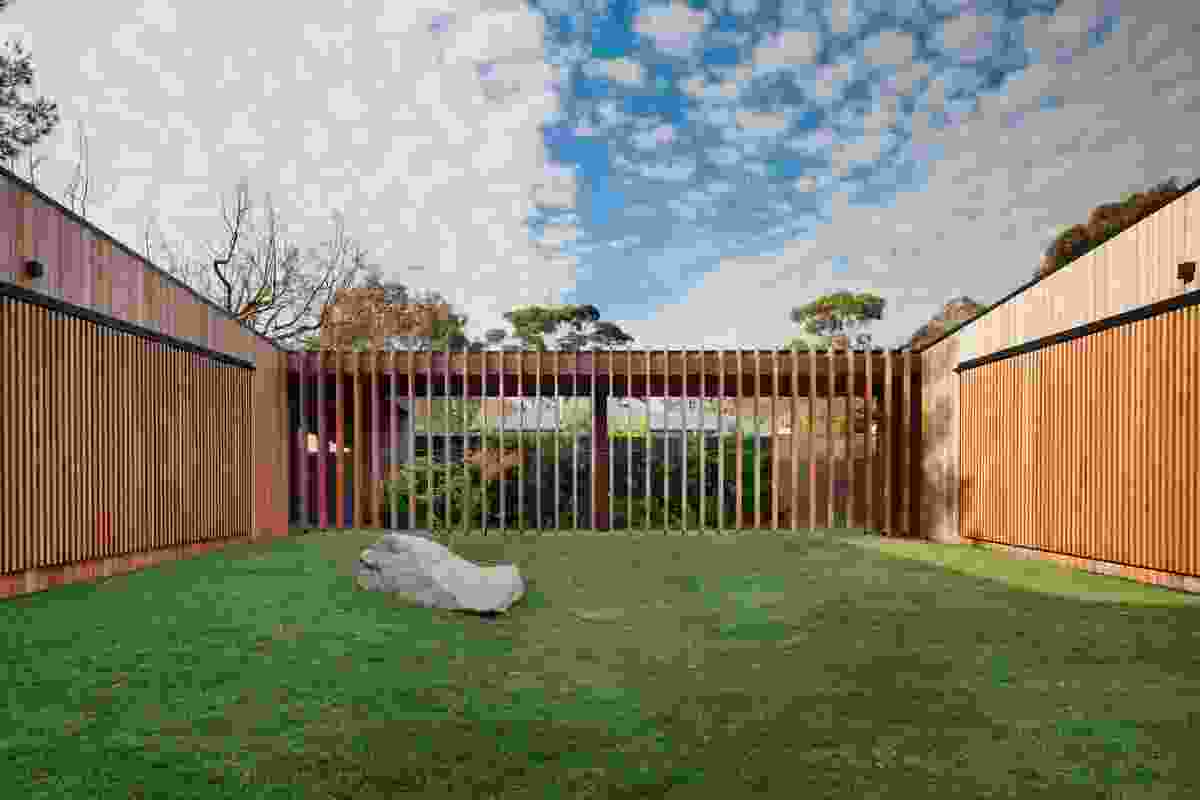 The “austere walled garden” or courtyard is the defining spatial structure at Hover House. 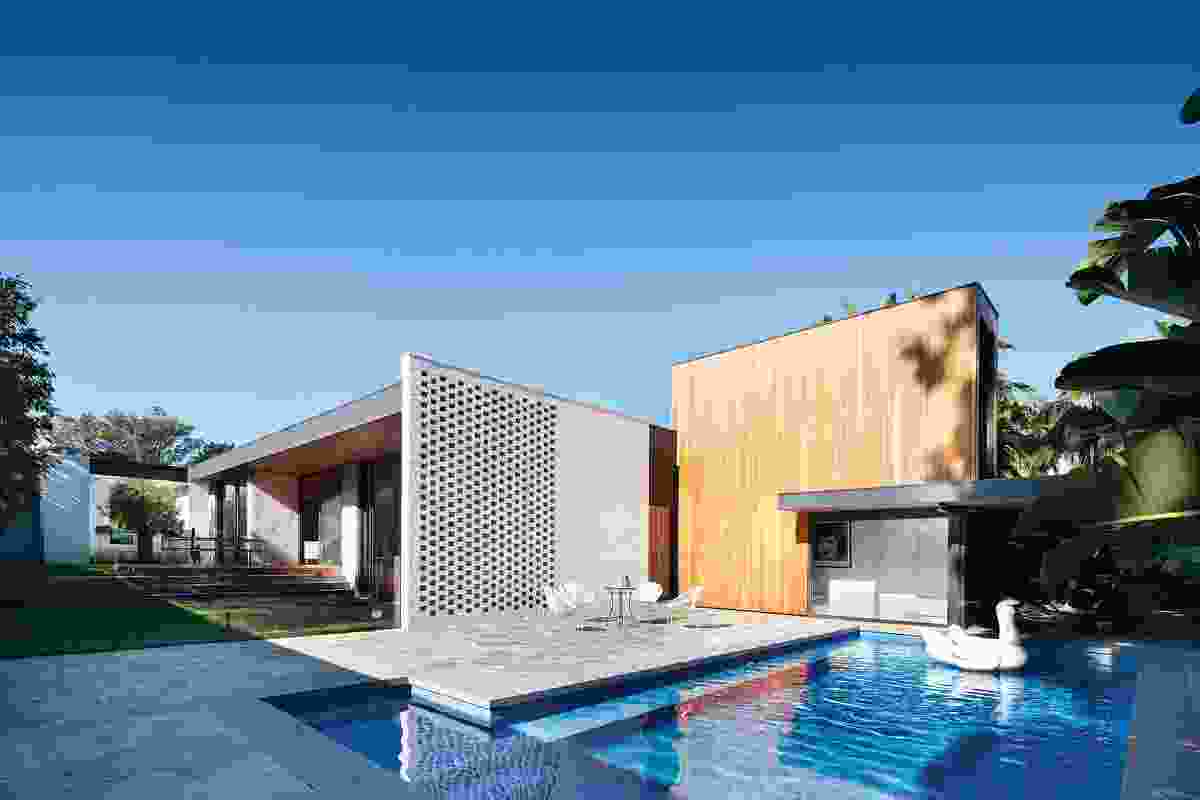 At Kate’s House the dwelling and backyard have been reconnected so that garden and living spaces can interact. 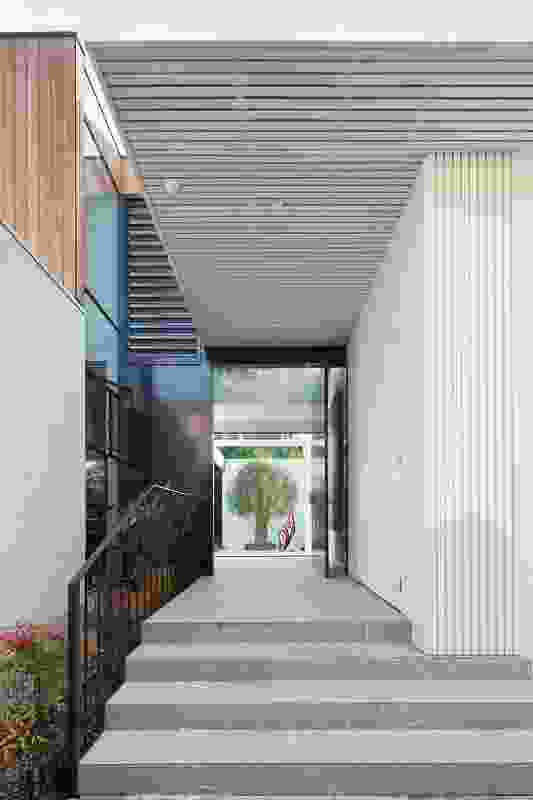 Entry to Kate’s House is from the side, a common Bower planning technique that places living spaces at the rear and bedrooms at the front. 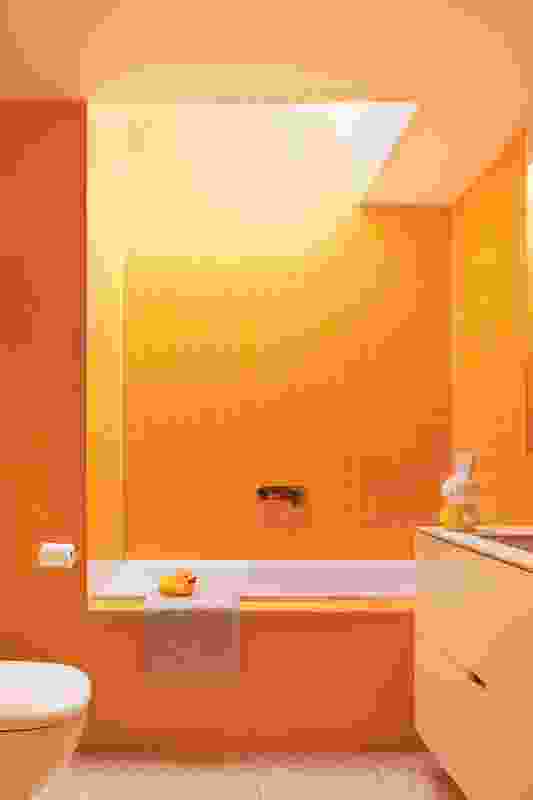 Uplifting colours are used in the bathrooms at Kate’s House, amplified by natural light from above. The western facade of Hide and Seek House is punctuated by a bright blue outdoor showering nook. 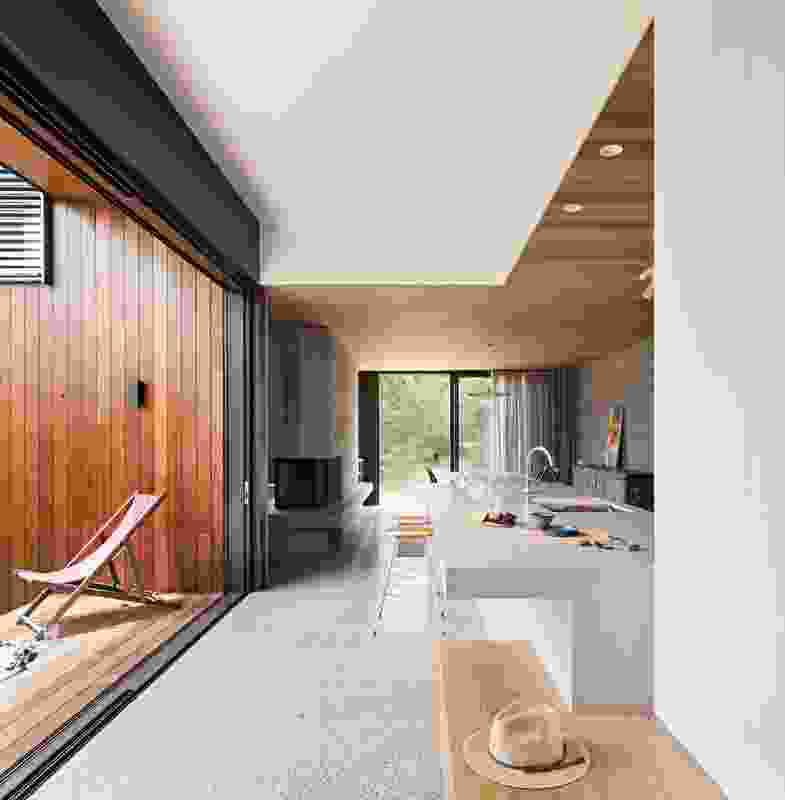 Hide and Seek House comprises a suite of contained and separated rooms and zones, abandoning the trend for open planning. 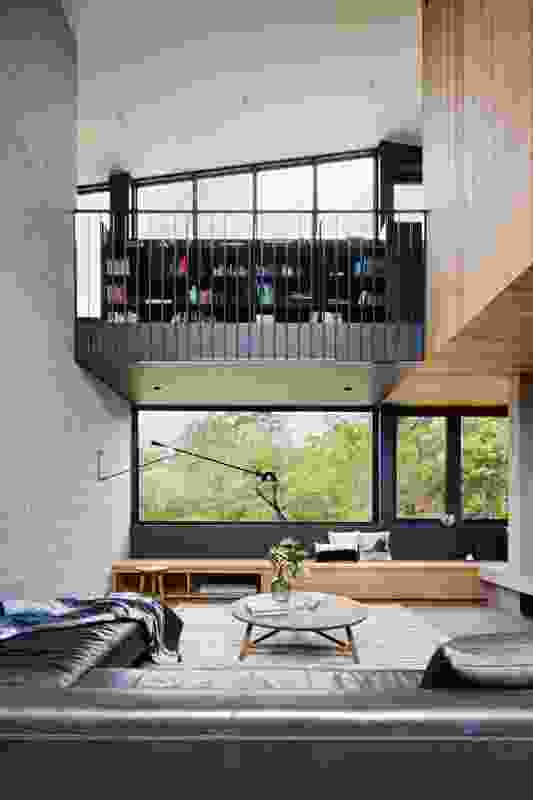 A simple manipulation of views and sight lines in plan and section are used for spatial interest at Hide and Seek House.