Boyd’s modernist take on Georgian design to be heritage listed

A unique house that represents “a Modern reinterpretation of established Georgian design principles” by modernist architect Robin Boyd has been recommended for inclusion on the Victorian Heritage Register.

Located in Toorak, Brett House was built in 1945 and designed by Boyd, who was then part of a practice with fellow modernist icons Roy Grounds and Frederick Romberg. The house is owned and occupied by a couple who have lived in the house since 1978.

The house would, if listed, join a number of other homes designed by Boyd on the Victorian Heritage List, including Robin Boyd House II in South Yarra, the Baker House in Long Forest, Clemson House in Kew and the Former Robin Boyd House in Camberwell.

In his recommendation to the Heritage Council, executive director of Heritage Victoria, Steven Avery, said, “The Brett House is a fine example of post-war domestic architecture in Victoria. Many thousands of new homes were designed and built in Victoria in the 1950s. Few exhibit the integration of emerging Modernist principles with more conventional modes of design so skilfully. The Brett House enables the development of post-war domestic architecture to be understood better that most other places in Victoria with this association.”

The house is a compact, two-storey home symmetrically composed and built to a rectangular plan. It faces west and looks over the Yarra River. The Heritage Victoria report describes the intactness of the interior as “excellent,” with “very few changes to the place since it was constructed.”

“Areas often subject to change, such as the kitchen, remain highly intact. The small number of changes that have been made are sensitive and are well documented and understood.”

The recommendation says that the house meets the criteria for entry to the list on a number of points. Among these is for its association with Boyd himself, as “one of Australia’s most influential architects and architectural writers.” Foremost, however, is that the house is a “fine and highly intact example” of post-war Modern domestic architecture, with its “Restrained design and lightness of structure,” “Use of geometry in design and rectilinear form,” “Compact size,” “Highlighting of timber joinery and brickwork in the interior,” “Skillion roof,” “Connection to the outdoors” and “Responsiveness to the site and its context.”

The listing comes ahead of the 100th centenary of Boyd’s birth, on 3 January 2020, that will be marked by a series of events organized by the Robin Boyd Foundation.

Boyd’s modernist take on Georgian design to be heritage listed 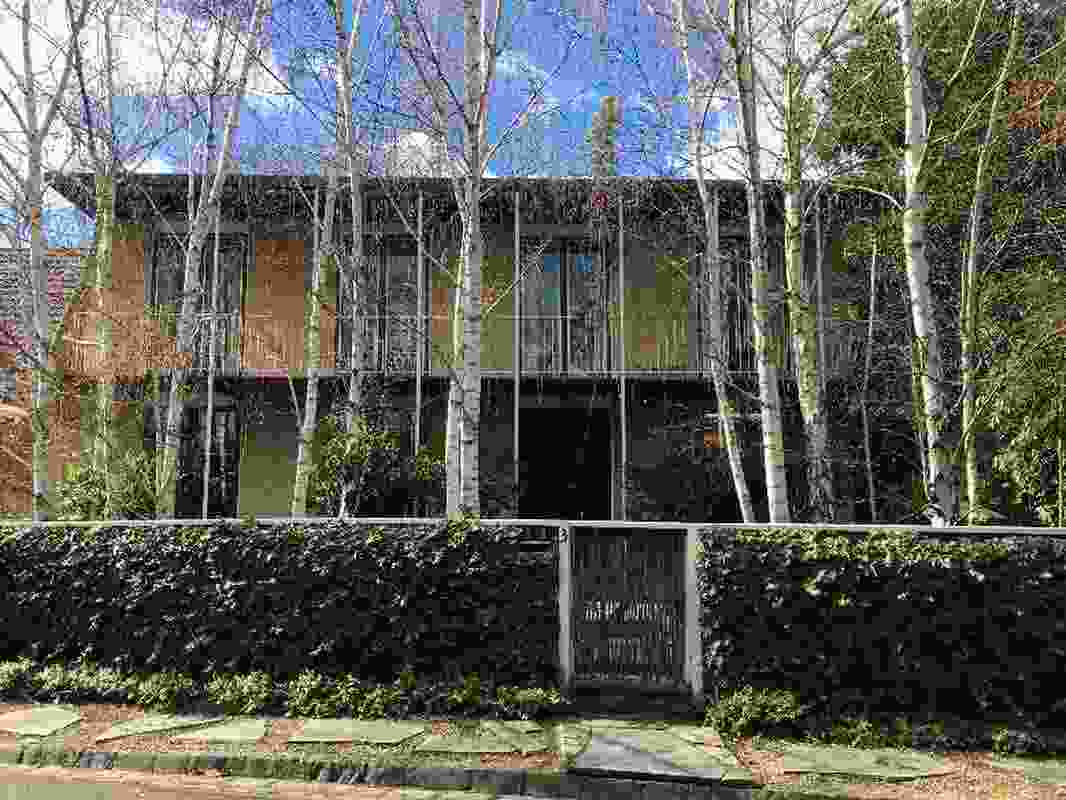