Auchenflower House by Vokes and Peters, 2017 Houses Awards Australian House of the Year.

Brisbane City Council is seeking feedback on two documents to guide quality design across the city.

“The design strategy will ensure that as Brisbane grows, we, and future generations, can enjoy Brisbane’s beautiful climate and connect with family and friends in places that make our city great,” the council said.

Brisbane City Council is unique in Australia in that it administers a significant proportion of the metropolitan area, taking in almost half of the population of greater Brisbane.

These two documents are a key pillar of the council’s Brisbane’s Future Blueprint, published in June 2018, which set out eight principles, including a commitment to “best practice design that complements the character of Brisbane.”

The Design-led City consultation document aims to set out an overarching framework that provides “a citywide approach for design quality across all elements of the built environment.”

The brief (seven page) document sets out a series of “proposed design values” as well as proposing a number of new initiatives. They include: the establishment of an online portal as a “one-stop-shop” for design guidance, best practice and design-led processes; a design rating scheme to incentivize design excellence; and the appointment of “design champions” across council and industry to advocate for good design.

Rather than stipulating specific design process guidelines, the document largely sticks to laying out a series of “design considerations” under the categories of “neighbourhood,” “street,” “site” and “building.”

Another is “Has the building been designed to enable cross-ventilation, reduce reliance on artificial heating and cooling, and promote indoor-outdoor use in each dwelling?”

The document also sets out a series of favourable “design elements,” stating for instance, that: “Quality residential developments respond to Brisbane’s subtropical climate by incorporating shading devices and weather protection that respond to each elevation, including generous eaves and screening to east and west facades exposed to summer sun.”

The guide is intended to be used as as a reference document for anyone designing low-to-medium density housing, and by council to inform the review of planning schemes and policy.

Public consultation on the documents will close on 13 September, with final versions of the strategy and guide expected to be published in late 2019.

To make a submission, head here. 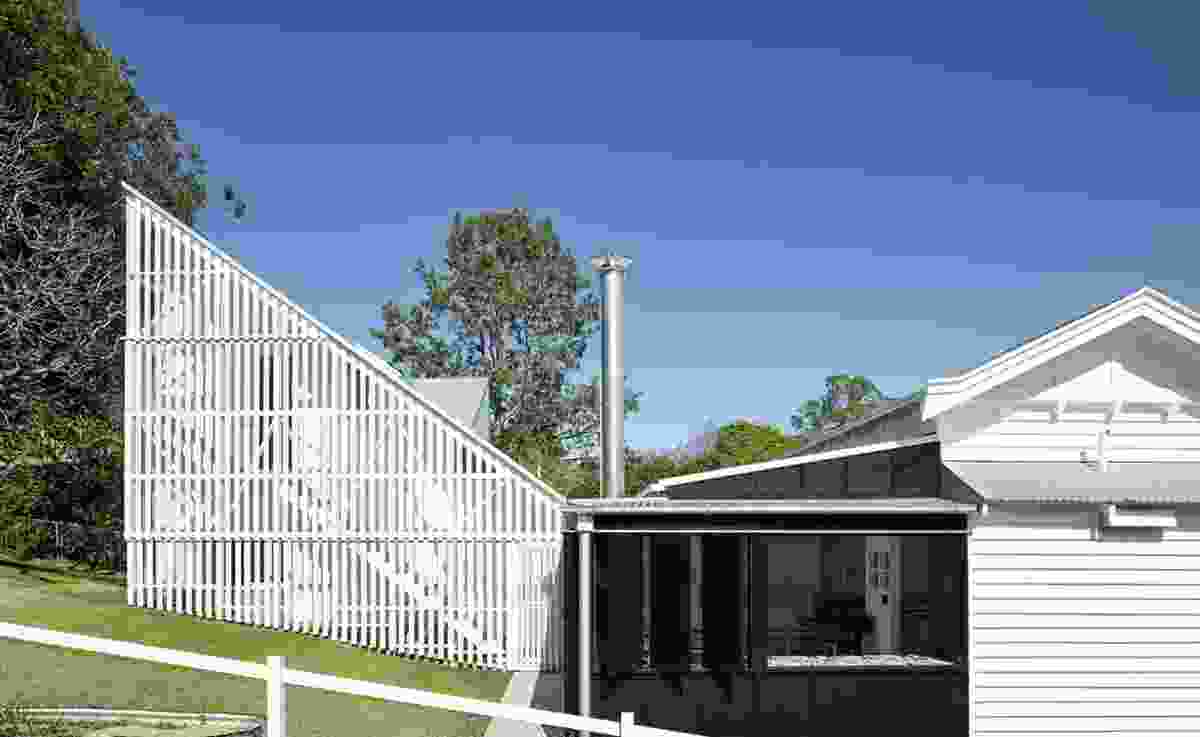 Auchenflower House by Vokes and Peters, 2017 Houses Awards Australian House of the Year.