The Belconnen Police Station by BVN was officially opened by the ACT Minister for Police and Emergency Services Simon Corbell on 30 March.

The design, which uses natural, low-maintenance materials, ensures maximum daylight to all work spaces. These areas are protected from direct sunlight by the geometrically bold, white sunscreens that also create an identity for the building and provide visual privacy.

By using exposed brickwork, thermal mass has been increased, minimizing the need for heating and cooling. A solar hot water system, low-energy passive chilled beams and the harvesting of rainwater for reuse are also integrated into the design.

Dignity for all users was a key issue for BVN during the design. According to Matthew Blair, principal at BVN, “the police station is a key component of our community fabric. It represents stability and security and is a physical manifestation of our collective investment in society.”

“The new Belconnen Police Station is designed for longevity, sustainability, functionality and is most importantly an investment in the ACT community,” Blair said.

Blair pointed out that there are many users of a police station – those being held, victims of crime, visitors, volunteers and members of the force themselves – and the requirement is to make a place that has the right level of security to ensure protection where it is needed, while also providing a workplace that sustains people who are often exposed to high levels of stress. “The decision was to make no difference in the quality of the design from the front to the back of the Belconnen Station,” he said.

The result is a police station that sets a precedent for the twenty-first century in the design of the amenities for the community – including easy access for police to holding cells or out to waiting cars when responding to emergency calls and a private central courtyard opening out from the staff meal room that acts as a refuge for the officers on duty. 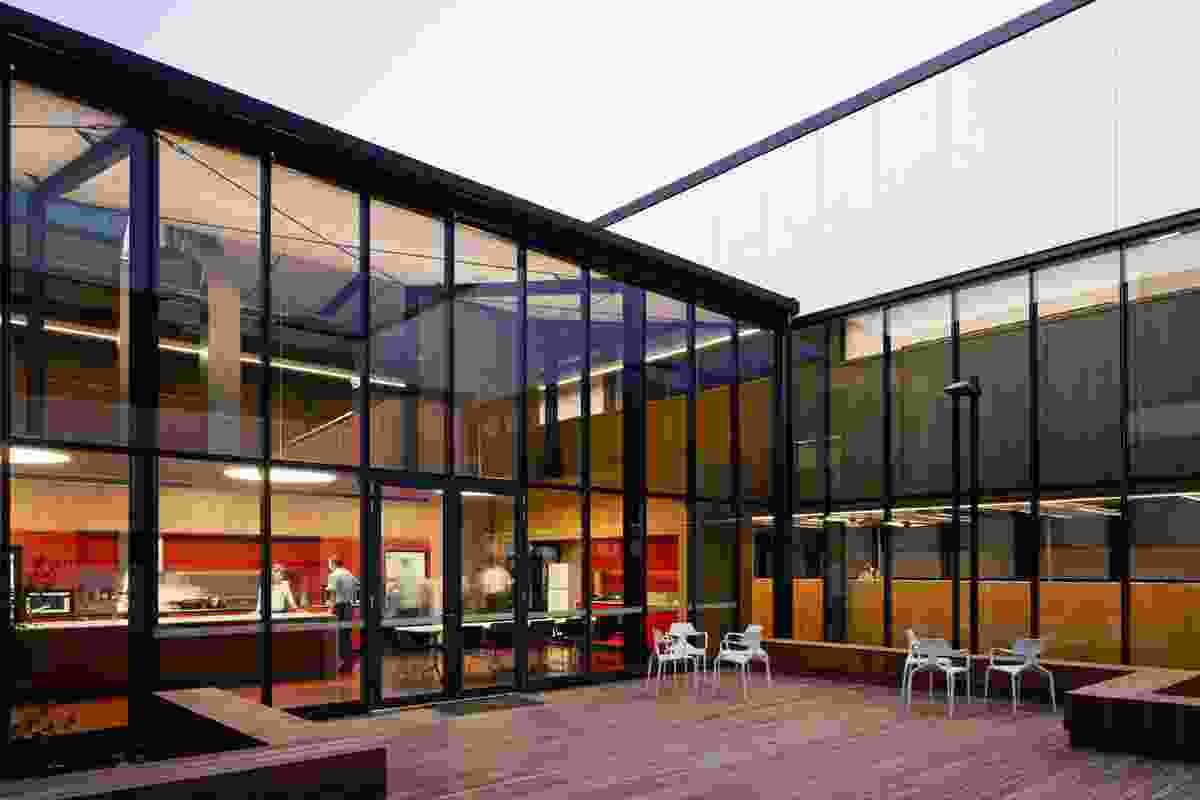 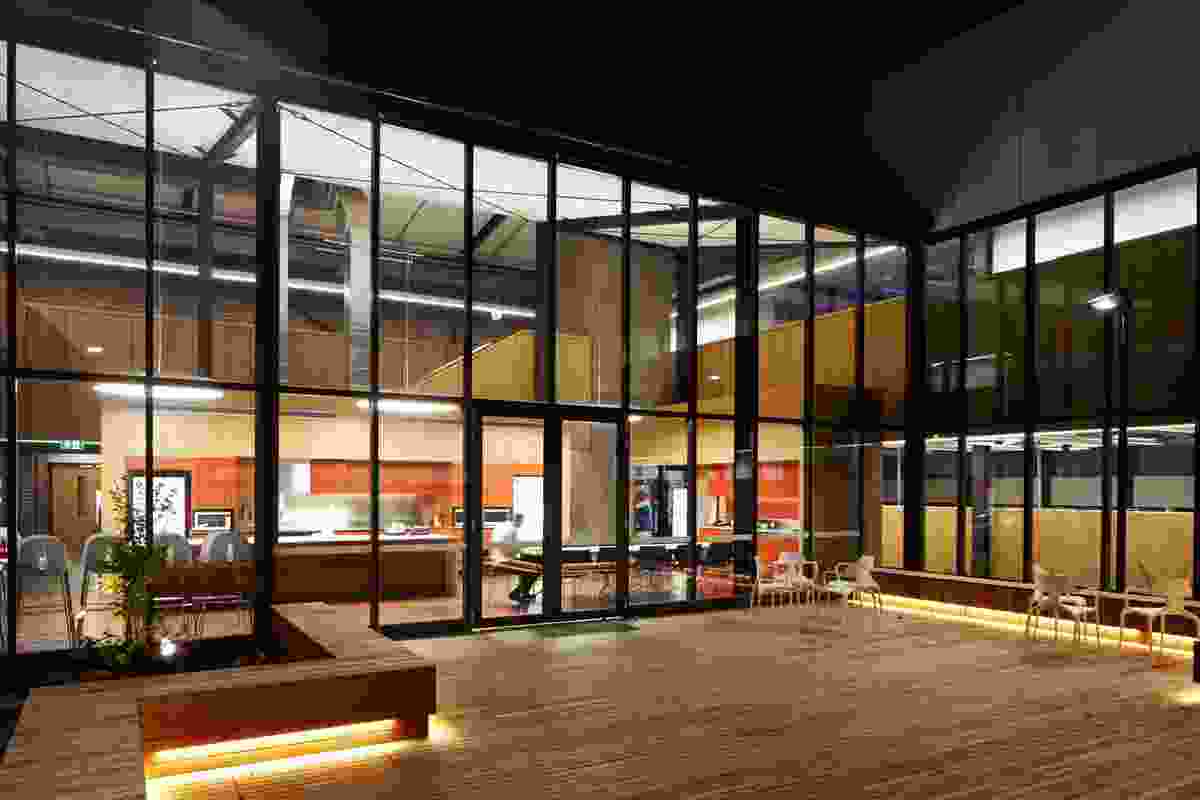 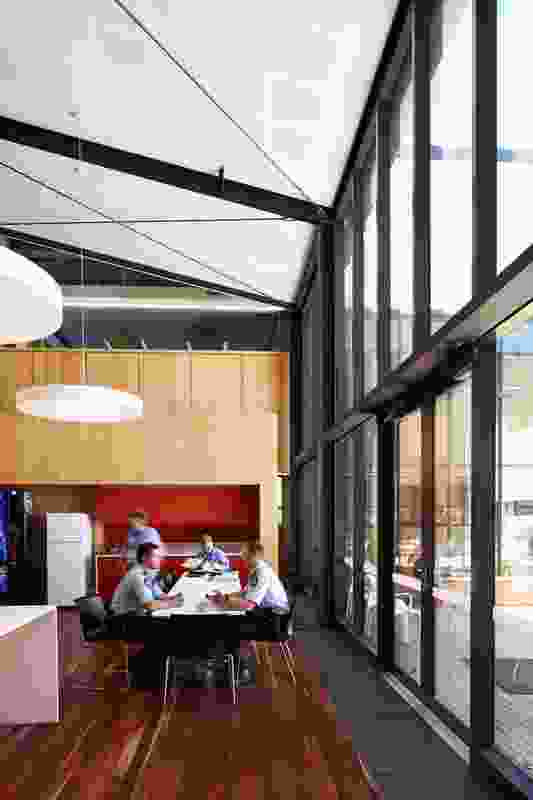 The staff meal room opens onto the courtyard.

Large areas of glazing allow daylight to penetrate the building. 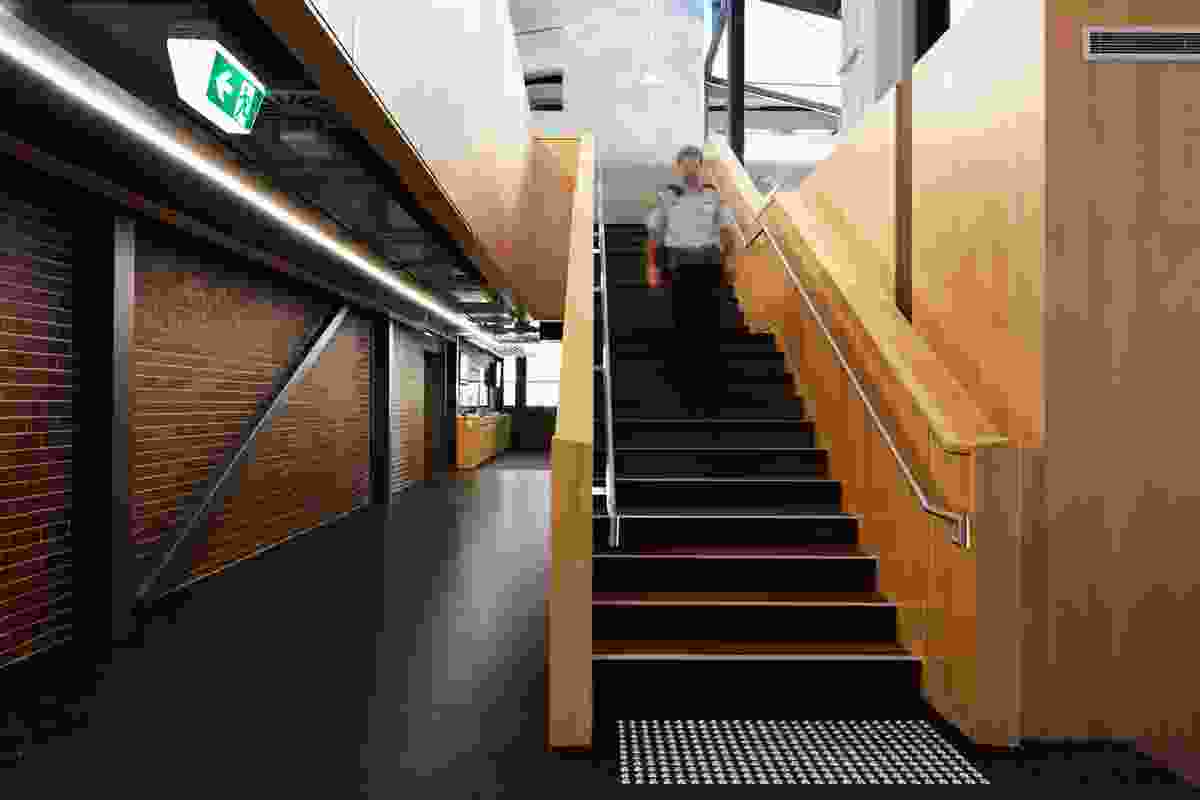 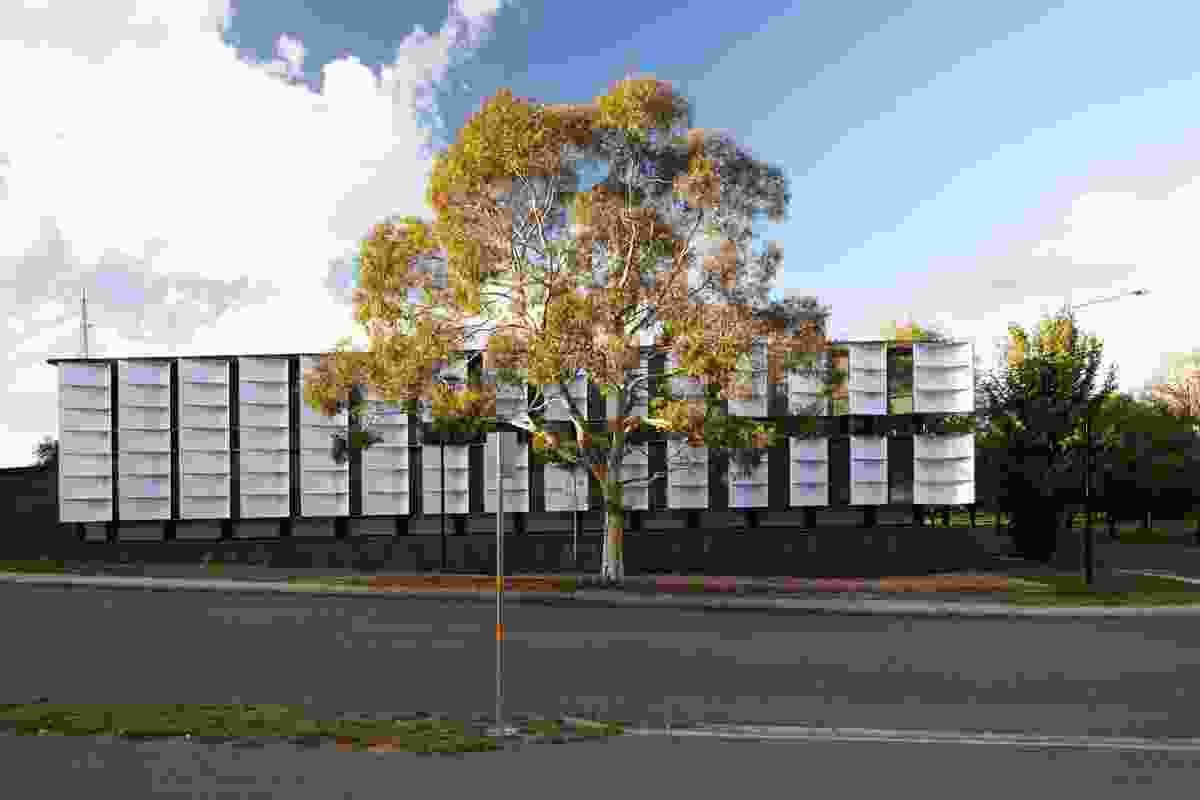 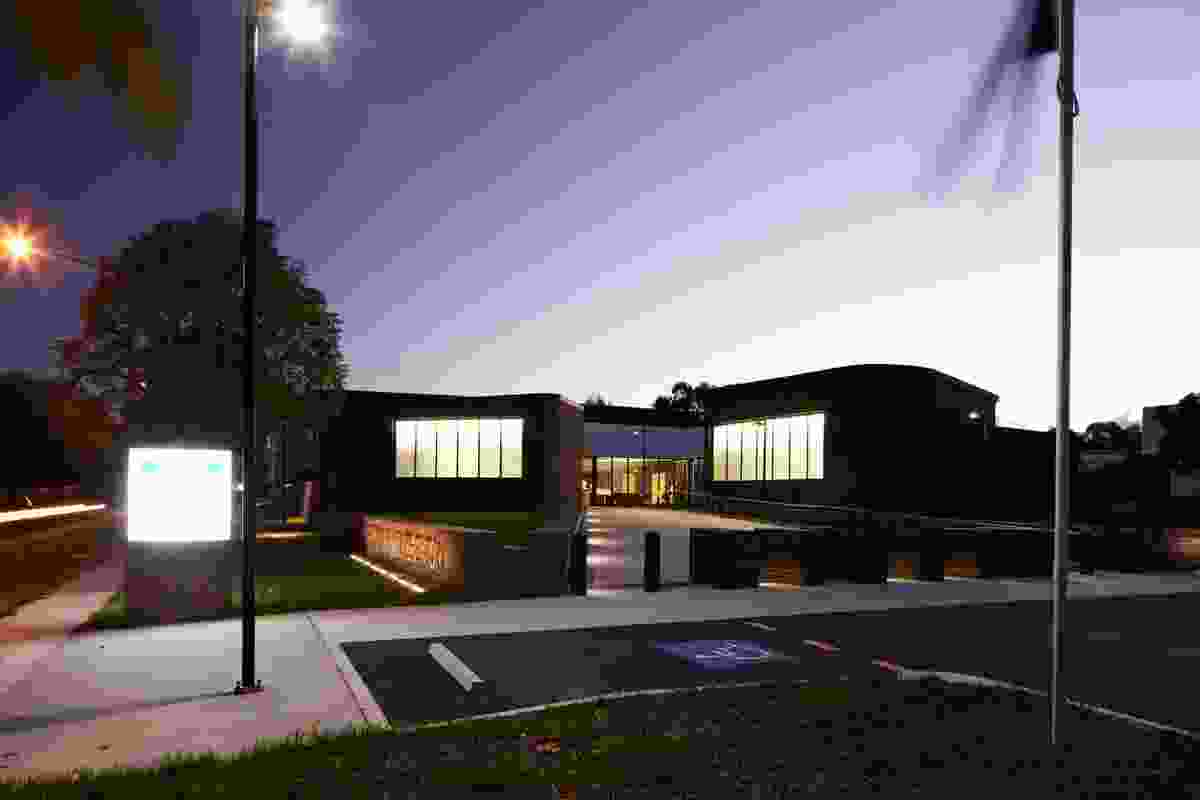 The exterior of the Belconnen Police Station at night.