Call to action: Defining the ‘Collective Agency’ of Australian architects

For the 2019 Australian Institute of Architects’ National Architecture Conference, curators Monique Woodward and Stephen Choi have enlisted eight industry thought leaders, referred to as “captains,” who will help “steer the ship.” Each captain will use their expertise to lead discussions, based on their experiences, to propose contemporary methods of practice that respond to planning protocols, stakeholder consultation, negotiation and advocacy in the industry, and the entrepreneurial imperative for architects. On 20 May, the captains, who include Shelley Penn, Nic Brunsdon (absent), Tania Davidge, Kerstin Thompson, Timothy Moore, Andy Fergus, Kieran Wong (absent) and the Institute’s CEO Julia Cambage, met for lunch to set their agendas for the conference. This collective approach is aptly aligned with the theme of the conference, “Collective Agency.”

This will not be a passive conference, and delegates will be invited to publicly voice their opinions, suggestions and stories as a way of bolstering the formal discussions.

The ambition shared by the impassioned and provocative captains is that, as an outcome of the Conference, architects will define their role in society and act upon their potential to operate as activists. This means asking how architects, as a professional collective, present to those outside the industry and how the profession can be more visible in order to enhance its agency in shaping the built environment. This will not be a passive conference, and delegates will be invited to publicly voice their opinions, suggestions and stories as a way of bolstering the formal discussions.

The purpose of approaching this event in such a way is to instigate change within the building industry. Unfortunately, in Australia, it seems that the power exerted by architects is threatened. At the 2016 National Architecture Conference USA-based academic Thomas Fisher talked about the current entrepreneurial revolution unfolding and that as a profession architects are “relatively inventive when it comes to making buildings but incredibly conservative when it comes to our own practices.” The impact of novated contracts, project managers, value management and government policies and standards has taken a toll on the profession.

Most architects would likely agree that aspects of the building industry would benefit from change. In the context of Collective Agency, it’s not only about identifying what these are, but also clearly defining how architects, as individuals, might initiate change in the industry and the broader social context in ways that are tangible, actionable and effective. The prospect of supporting such change is embraced by Julia Cambage, CEO of the Australian Institute of Architects, who said “I certainly see the role of the [Australian Institute of Architects] as being provocative and having important conversations with policy makers on behalf of members. I do believe very strongly that we need to be able to tell the world what we stand for.”

There’s this idea that we have an ecology of advocacy. Different people do different things within that – the Institute takes a certain role, the City of Melbourne take a different role and Heritage Victoria might take another role. Because there is incredible complexity around being an advocate and you cannot do it alone. – Tania Davidge

This conference asks architects to define, as a collective, architecture’s value proposition. This collective includes architects working across all scales, small to large, emerging or established. As Tania Davidge explained, “There’s this idea that we have an ecology of advocacy. Different people do different things within that – the Institute takes a certain role, the City of Melbourne take a different role and Heritage Victoria might take another role. Because there is incredible complexity around being an advocate and you cannot do it alone. It’s impossible to do alone so you need to leverage every single other conversation that’s going on.”

Timothy Moore added, “Sometimes you need to be an advocate in the boardroom, but in that context architects don’t always have the power. It’s just as important for activism to happen outside the boardroom.”

The Collective Agency conference calls for “everyday advocacy and activism” as a way to instigate change. In the context of architecture, everyday advocacy means acting for the good of a single project but also for the broader public good. Kerstin Thompson asserted, “There can be a positive double agenda.”

Whether it is a tweet, a conversation on the street or making a document, whatever it is, as an activist it’s about being aware of the kind of platforms that you can broadcast information from and how you use them. – Timothy Moore

Perhaps instead of solely focusing on advocating for architects we need to be better at communicating how we advocate for others. At the core of the profession is that we work for others, from the scale of the individual client to the end user and beyond. Architectural training and practice equips architects with the ability to think laterally as well as empathetically. Establishing the diversity of architectural work and its reach to diverse groups of people needs to be more tangible and visible. Architecture can only be an avenue for social change if it is effectively broadcast as such. Timothy Moore said, “Whether it is a tweet, a conversation on the street or making a document, whatever it is, as an activist it’s about being aware of the kind of platforms that you can broadcast information from and how you use them.”

Irrespective of how an individual contributes to architecture, whether as a student or a studio director, Collective Agency is set to be a conference that will define the way you practice as an architect and a citizen. Establishing the sentiment for the program, Stephen Choi said, “Our main request was that everyone who’s speaking gives away something precious.” with Monique Woodward added, “If you want to look at pretty things, turn to Instagram because that’s really not what this conference is about.”

If the fervor and energy of the conference captains is anything to go by, architects have an opportunity to seize the individual skills of those in the industry to form a strong, organized and mobilized collective who use architecture as a means to operate socially and culturally. In doing so, we can establish with the broader community the multiplicity of ways that architecture is valuable.

The 2019 National Architecture Conference will be held in Melbourne from 21 to 22 June. For the full program of speakers and to purchase tickets, visit the conference website.

Call to action: Defining the ‘Collective Agency’ of Australian architects 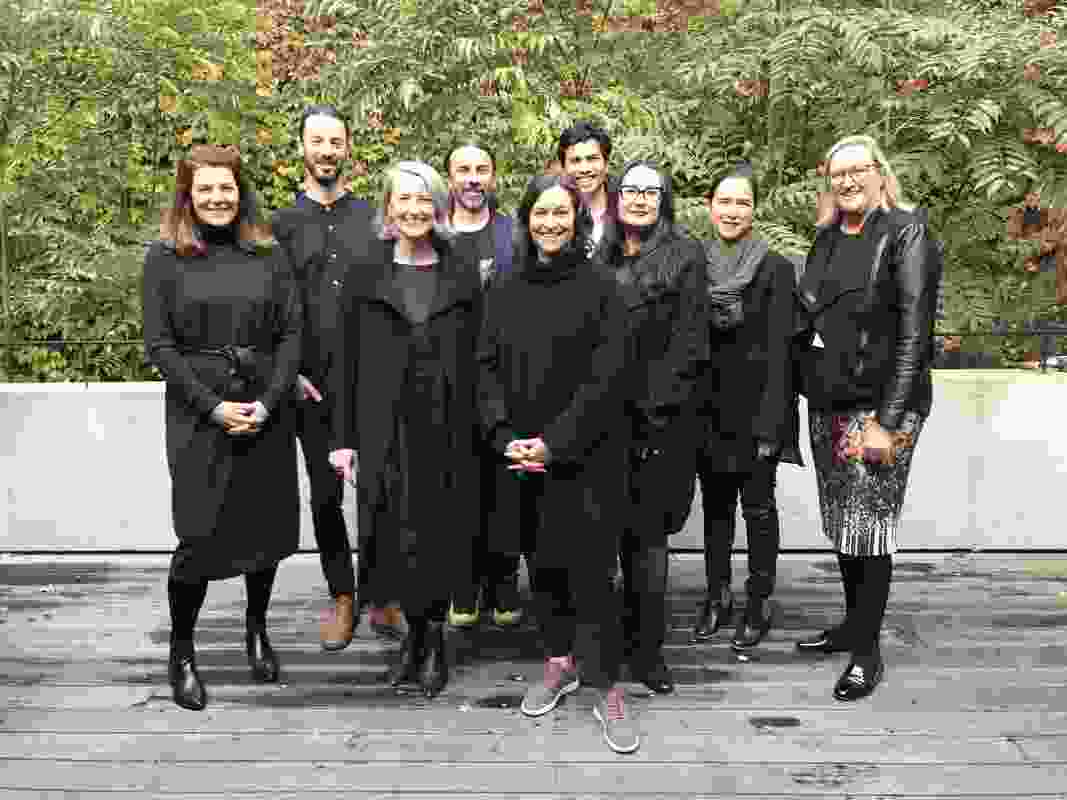 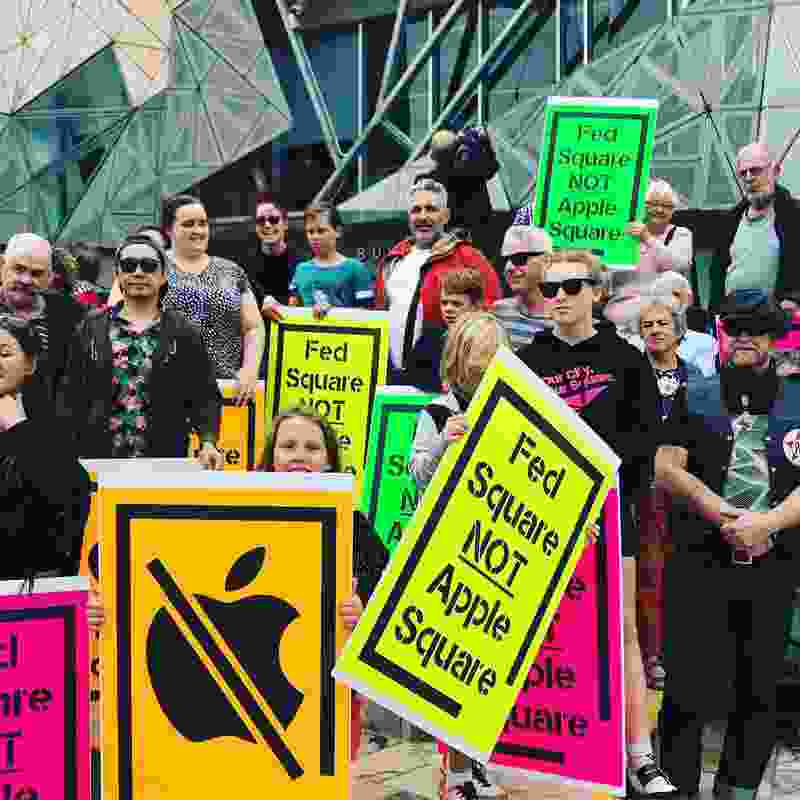 Tania Davidge is a spokesperson for Our City Our Square, a grass roots campaign launched in the wake of a proposal to demolish parts of Federation Square for an Apple store.

Image: Our City Our Square

Timothy Moore of Sibling Architecture is behind the New Agency: Owning Your Future exhibition in Sydney which explored design, architecture and aging. 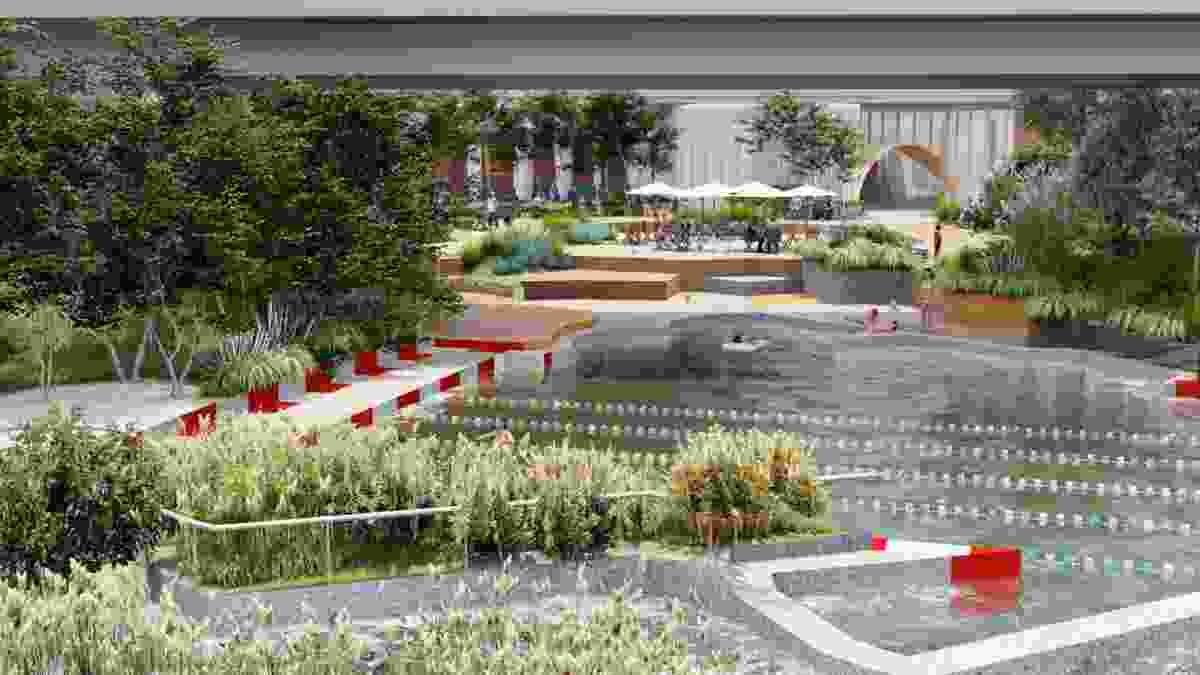 The Yarra Pools proposal by Wowowa. 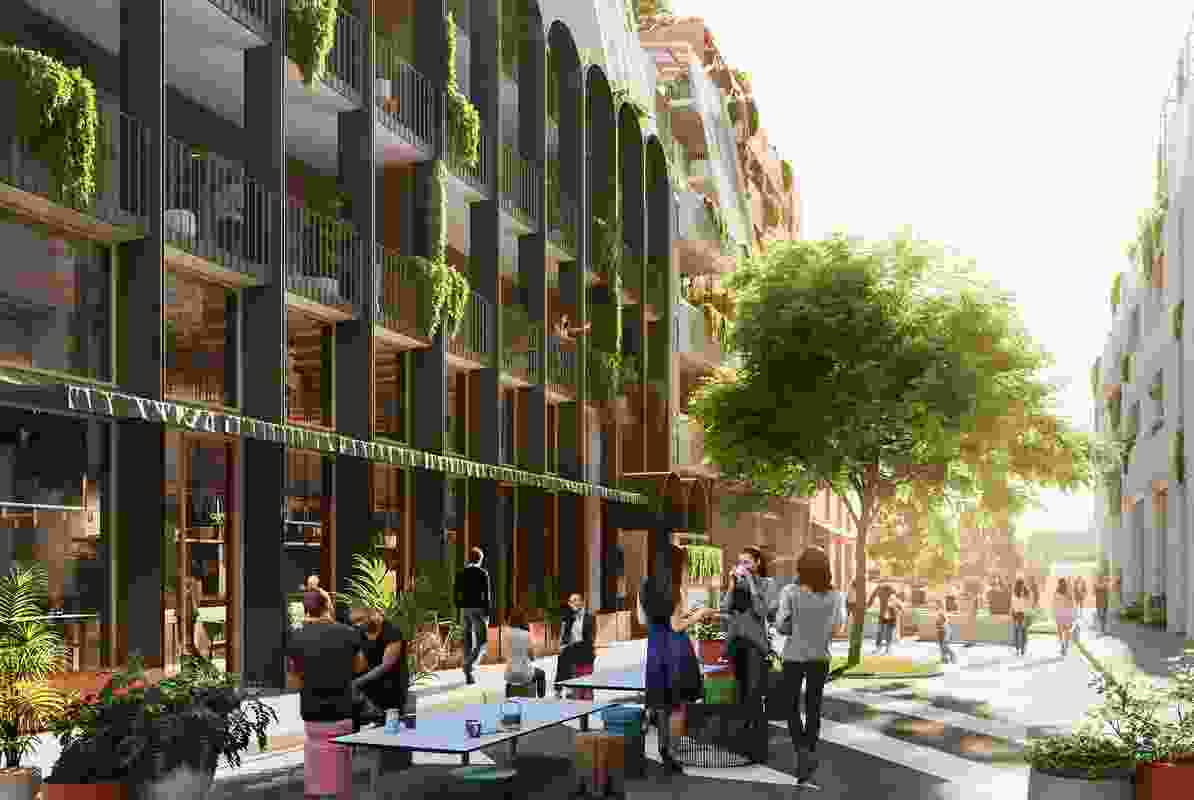