The Narbethong Community Hall, by BVN and Arup and a number of consultants working pro bono, replaced a centre that was destroyed in the Black Saturday fires in 2009. The hall is wrapped in a bronze mesh fire-resistant screen

As the bushfire crisis continues to unfold across Australia, a number of initiatives are being planned that aim to connect Australian architects with opportunities to aid communities affected by the unfolding bushfire crisis.

The Australian Institute of Architects said that it was planning a number of schemes to leverage the skills of its members throughout 2020, beginning by making a number of its Acumen practice notes, relating to post-fire design and the provsion of pro bono services, freely available on a new dedicated bushfire response website.

In a message to members, national president Helen Lochhead outlined the Institute’s intentions, but cautioned that patience was necessary, writing, “This is not a short-term crisis, and we need the support of the architectural profession […] as we face this crisis together. When the fires clear, we will need to not only replace what has been lost, but build back better.”

The Institute is also asking staff to donate a day’s salary to charities involved in rebuilding activities, including its own Foundation. The Institute plans to encourage its members to do the same in the near future, with “100 percent of funds raised to be used in post-fire design and related support efforts throughout the coming months.”

A concurrent effort by Sydney-based designer Jiri Lev has seen the establishment of Architects Assist, an online service where architects can register their interest to provide pro bono design services to people affected by the fires. More than 160 practices and 180 students and graduates have registered since the website launched on 4 January.

(Update 13/1/20): The Australian Institute of Architects is now leading the Architects Assist program.

Lev told ArchitectureAU that the service was intended to connect architects willing to provide their services for free with prospective clients, and that the scope and organization of the project would develop over time.

The question of how to best make use of architectural knowledge in rebuilding fire-affected areas was put to the test following the Black Saturday fires in Victoria in 2009. That event was followed by an outpouring of support from the architectural community and the eventual creation of the Bushfire Homes Service by the Institute and the Victorian Government Architect.

Modelled on Robin Boyd’s Small Homes Service, the initiative provided 18 designs for bushfire-resistant homes to the public. While the designs were made freely available, it is not thought that many were built.

In a report in the now-defunct Mark magazine from October 2014, Victorian architect Jennifer Calzini said, “Two main reasons explain the low uptake. The first one, rather straightforward, is timing. After the event, people were simply not ready to rebuild […] Emotional recovery and community rebuilding needed to happen before physical rebuilding could take place. It took time, and some people never went back to live in the towns that had burned to the ground.”

“The second and more fundamental reason speaks to the role of architects in Australia. Shane Murray, professor of architecture at RMIT University, reported in 2007 that less than 10 percent of the housing in Australia has architectural involvement. […] For many victims of the bushfires, the concept of using architects was alien to their way of thinking.” 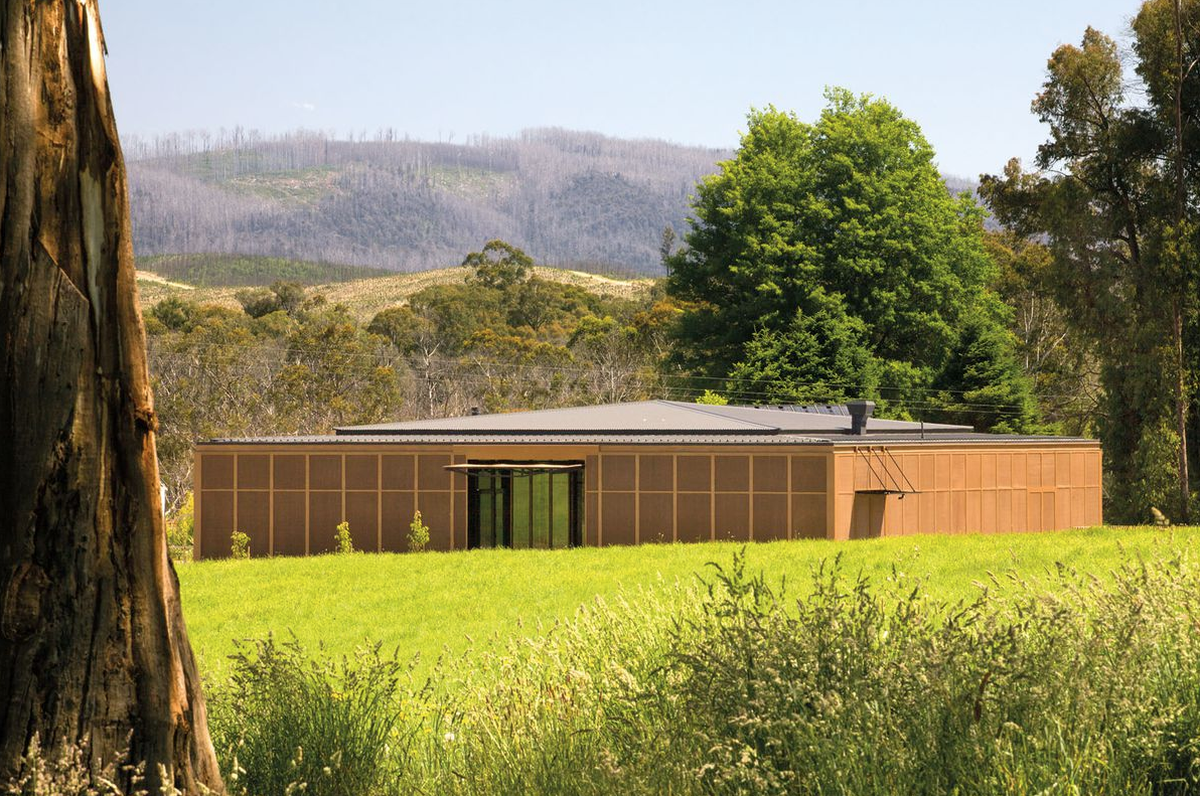 The Narbethong Community Hall, by BVN and Arup and a number of consultants working pro bono, replaced a centre that was destroyed in the Black Saturday fires in 2009. The hall is wrapped in a bronze mesh fire-resistant screen