A proposal for a 13-storey office building in central Sydney that will be integrated with an adjacent heritage-listed former bank building has been submitted to the City of Sydney.

To be built on a largely vacant lot at 4-6 York Street, the tower would physically connect with the former Bank of New South Wales headquarters at 341 George Street, so that it could share the existing vertical transportation, with access points to be created between the buildings on most floors, necessitating some alterations to the extant structure.

“We wanted the new and the old to complement each other; one giving life to the other.”

Candalepas Associates’ design for the tower seeks to reference the form and articulation of the state heritage-listed former bank building, while marking itself out as contemporary.

“We wanted the new and the old to complement each other; one giving life to the other,” Angelo Candalepas told ArchitectureAU.

“It is a harmonious response which aims to complement the proportions of the facades and floor heights of the ‘old lady’ in a well-considered and historic way.”

The building will be clad in distinctive white marble tiles that frame regularly spaced glazing, with vertical and horizontal lines mirroring that of the adjacent building.

The double-height band of levels 8 and 9 of the former bank building will be carried through to the facade of the new building, where the generous glazing of the other floors gives way to angular planes of marble tile.

“Nothing is ignored and everything that is adjacent is prompted by the existing forms,” said Candalepas.

At the uppermost part of the elevations, the marble tiles will form a rhythmic arch motif, while the base of the York Street elevation will feature another sculptural concrete arch, which will cantilever over the western edge of the site above a railway easement. The underside of the arch will be formed from faceted off-form concrete, reminiscent of the 99 dome-shaped reliefs used by the architect at Punchbowl mosque. Candalepas describes the cantilevered structure forming “an urban room to the city; a new form of verandah.”

The adjacent 341 George Street site was, from 1853 to 1970, the location of the principal office of Australia’s first financial institution, the Bank of New South Wales, which later became Westpac Banking Corporation. The building was designed by the prominent, still operational Sydney firm Robertson and Marks and was built from 1927.

The state heritage inventory notes that it is is aesthetically significant as an “excellent and substantially intact example of the Inter-War Commercial Palazzo style.”

A heritage impact statement prepared by GML Heritage as part of the development application states that while the proposed tower by Candalepas Associates will have moderate heritage impact, the design overall is sympathetic to the context.

“The materiality of the new building at once references the stone cladding of the older building, while reflecting a clearly contemporary character,” the statement reads. “The new building will serve to fill an intrusive gap in York Street’s streetscape, and will positively reinforce the strong urban form that visually defines Wynyard Park.

The project is estimated to cost just under $29 million. Plans are currently on public exhibition and submissions will be accepted until 14 June.

Should the building be approved, Candalepas says the play of marble against the sandstone of the former bank building will help create a “lasting duo.” 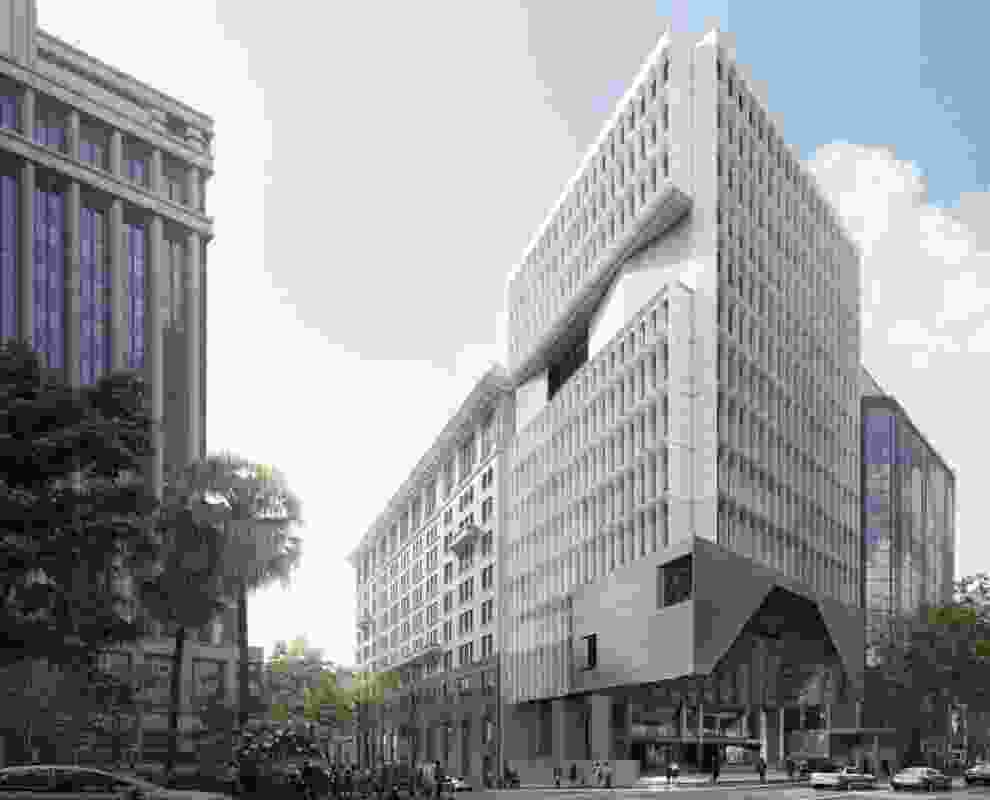 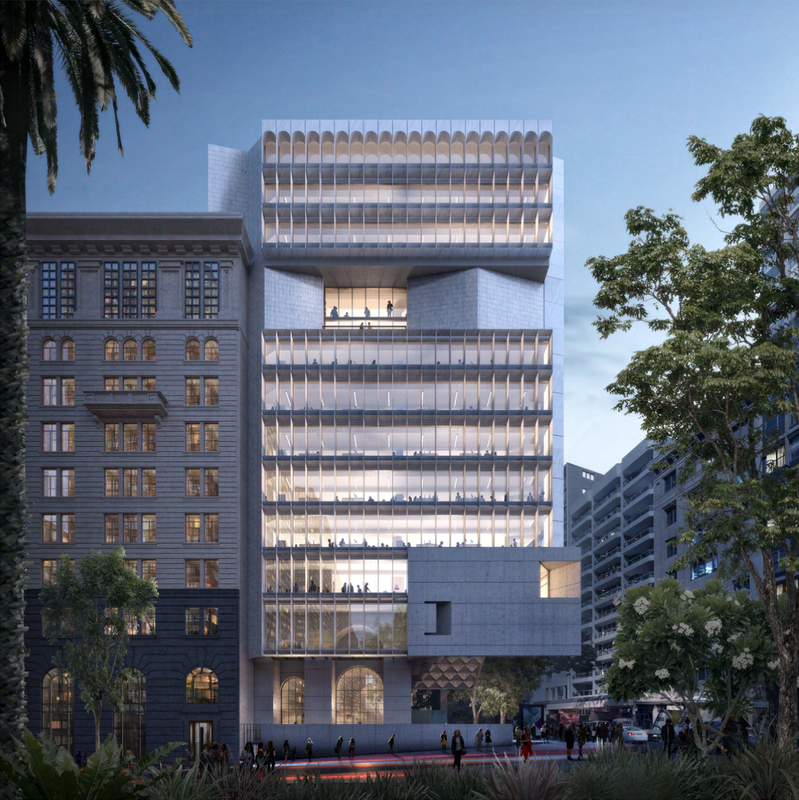