The Candalepas Associates project at 72-84 Foveaux Street will see an existing a 1970s six-storey brick office and retail building adapted into a refurbished office space.

A Candalepas Associates designed office building distinctive for the “colourful and playful” glass sculptures lining its façade is a step closer to fruition in Sydney’s Surry Hills.

The project at 72-84 Foveaux Street will see an existing a 1970s six-storey brick office and retail building adapted into a refurbished office space.

City of Sydney management is recommending approval for a planning proposal that will amend the floor space ratio and height control overlays for the site and allow the project to go ahead, with councillors to vote on the proposal on 2 December. The existing building is nearly 24 metres high, exceeding the existing height control of 15 metres.

The proposed design maintains the bulk of an earlier approved proposal for a residential building on the site, but includes a large void or “heart” in the planning of the floor plates.

Lifts and stairs for vertical circulation will be shifted to the perimeter of the floor plan to maximize efficiency and give it longevity as a sustainable commercial floor plate.

Candalepas Associates says in a design statement that the street will be activated through the conversion of existing parking into usable floorspace. “The retention of the commercial use and significant redesign and upgrading of the existing structure will result in a positive outcome for the local Surry Hills context,” the statement reads.

The architects explain that the articulation of the building mass will respond to the natural landform and topography of the site by stepping down from east to west along Foveaux Street.

The proposed building will have an expanded footprint compared to the existing structure, with the façade protruding towards the boundary.

City of Sydney management, in its report on the proposed planning amendment, said “The proposal will contribute to the streetscape by removing inefficient external space and front setbacks associated with the existing development.”

Management also praised “the fine grain glazing and façade detail that responds to the vertical rhythm of the area.”

A development application for the project was submitted to council in March 2019, but withdrawn on advice that the planning amendment would have to be passed first.

To see the City of Sydney’s report, head here. 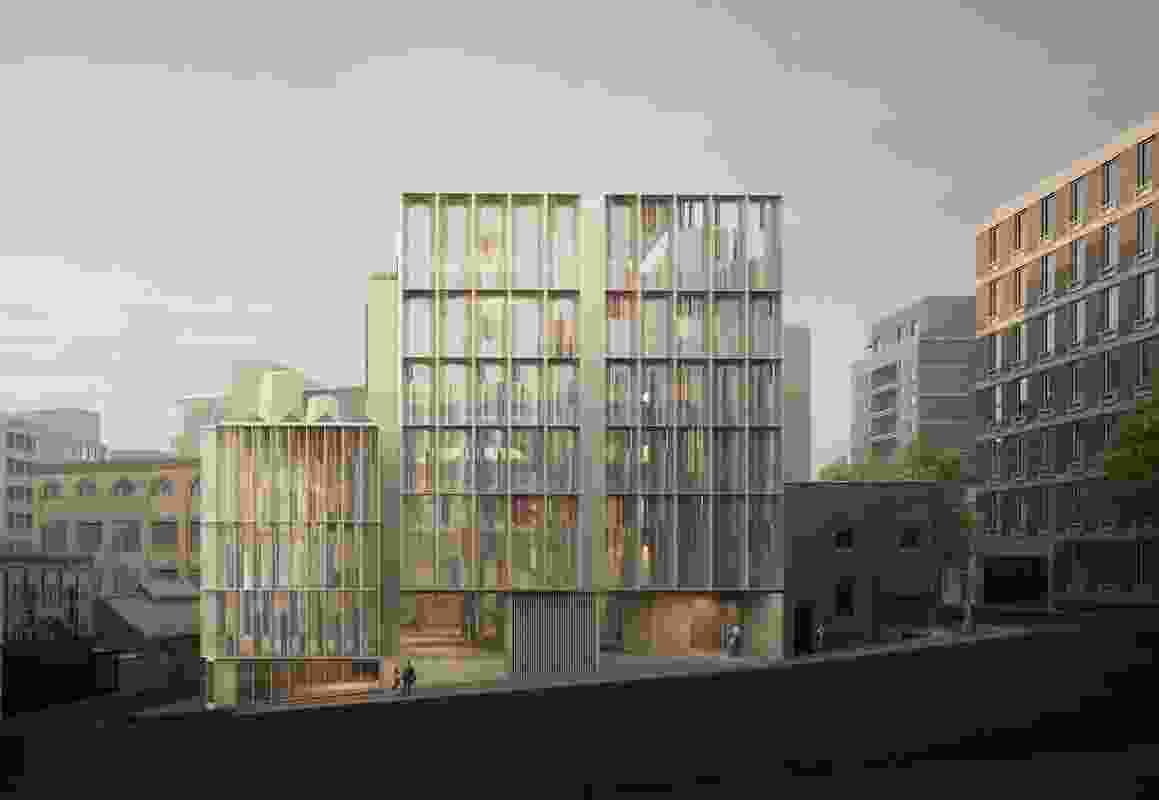 The Candalepas Associates project at 72-84 Foveaux Street will see an existing a 1970s six-storey brick office and retail building adapted into a refurbished office space. 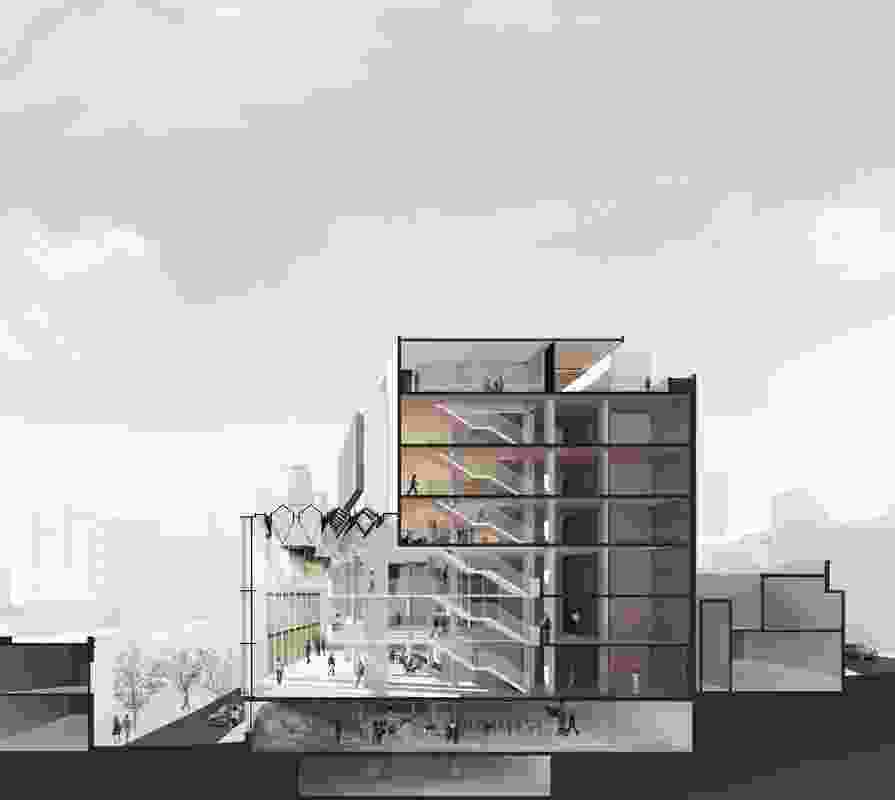 Lifts and stairs for vertical circulation will be shifted to the perimeter of the floor plan to maximize efficiency and give it longevity as a sustainable commercial floor plate.