When Melbourne's City of Stonnington embarked on a project to converted a supermarket car park into a "European-style plaza," members of the public were anticipating a inclusive and welcoming space. However local architect Domenic Cerantonio found the result is the exact opposite.

Public squares are critical in connecting businesses, streets and communities. They are intended to be facilitators of flow as much as they are places for respite and reflection. Most significantly, they are meant to be activated by the residents and visitors of their cities.

The pinnacle of the development is the point at which the two new cantilevered roof forms meet, as if greeting each other with familiarity. Below them is a vast, dual-level public square flanked by food, beverage and retail outlets. Common areas are punctuated by large installation-like sculptures. The activation of this previously inaccessible space has been an incredibly successful example of masterplanning, public architecture and urban renewal, and the project has received glowing reviews in Condé Nast Traveller1 and The Times2.

The City of Stonnington – the local area that our practice, Cera Stribley Architects, calls home – has recently had an opportunity to revitalize the much-maligned Chapel Street precinct by converting a supermarket car park into a village square.

Prahran Square, designed by Lyons Architecture and Aspect Studios, is a $64 million development aimed to breathe life into an area that, despite its premium central location, was undeveloped and underutilized – a condition not that dissimilar from that of the former coal yards in Kings Cross. While both projects are clearly quite different, the stark comparisons in the resulting activation of both spaces demonstrate one to be a success and the other, a notable failure.

In announcing the development of Prahran Square, City of Stonnington boldly claimed that it would be a “European style plaza […] modelled off some of the world’s most famous urban plazas” and that it would become an “iconic cultural and recreational destination”3. This was an exciting prospect for locals, as the concept of an urban square suggests an inclusive and inviting open space that welcomes the community. Unfortunately, however, many members of the public – myself included – feel that the design and the subsequent usage of Prahran Square is the exact opposite.

The granstands leave the surrounding streets languishing in the shadows. The square can only be accessed from its four corners, with much of the internal space blocked from outside view. In most new developments, public or private, the council encourages “passive surveillance”: the opportunity to overlook others, thereby preventing disingenuous behaviour. In an area that is already tackling significant antisocial issues, the lack of visibility through the square makes it unsafe for users to walk its length at night or alone. These safety concerns aren’t limited to interior of the square, either. The design also reduces lines of visibility for the surrounding streets, particularly Cato Street, much of which cannot be seen from most vantages and which lacks a connection to the main thoroughfares. The new urban context for Cato Street presents a dangerous and intimidating place for pedestrians walking at night.

Internally, the white cast of the paving and seating of the park creates a blinding throw of light that makes leisurely activities on the ground level of the square untenable. It is mostly devoid of people sitting or activating the space and throughout the day acts as nothing more than a thoroughfare, with few lingering.

During the Australian Open, tennis matches were live streamed at the square as part of an aggressive marketing strategy to increase foot traffic and engage the community. The glare, combined with a lack of shade, power issues and unsociable behaviour by local homeless persons has led the Chapel Street Precinct Association to declare that Prahran Square is “nowhere near fit-for-purpose” to hold large community events.4 For traders, many of whom had already suffered financially due to the project’s prolonged construction, the square’s urban condition does not encourage foot traffic, further negatively impacting their bottom line.

Instead of fostering vibrancy and interaction among visitors and users, the overhanging stadium seating gives passers-by on Cato Street a dreary outlook of blank walls and service access doors. With a curtain of concrete as the face for the outer walls, architecturally we would have hoped for a softening at street level through the articulation of form and the variation of materiality and vegetation.

To the site’s north, Wattle Street – previously a busy road – is now a pedestrian walkway separating Woolworths and Prahran Square. Here. the square presents a clear glazed frontage that is not active but rather an extension of the car park, revealing views of escalators beyond the glazing.

Wattle Street is perhaps the most important frontage of Prahran Square as it provides pedestrian links to retail including Woolworths, Coles, Grattan Gardens and the Prahran Market. It has a critical role in connecting the precinct to Chapel Street and creating a central junction between the spaces. The execution is a missed opportunity to create what could have been a new and celebrated retail hub connected by outdoor seating, forming genuine activity and creating an engaging destination for the community.

Alongside its obvious safety issues, Cato Street has always been problematic and unappealing from a pedestrian perspective, containing rear entries, bin storage and loading docks for retail to Chapel Street stores. The newly designed pedestrian pathway along the rear of the grandstand does nothing to counteract this. If anything it amplifies the ‘back of house’ nature of Cato Street.

Of the square’s four frontages, the one on Chatham Street is the most successful. On this side, the new structure has the greatest setback from the street, creating a light-filled and open space with seating and some vegetation between the street and the structure, albeit south-facing. An art gallery on the ground floor creates a sense of invitation to the precinct. However, its downfall is in the material execution. The glazing, so heavily tinted, makes the space hard to read from the street.

This analysis begs the question, why wasn’t the inverse of this form created? An open parkland with abundant vegetation, retail activation, play and sporting equipment, and strong pedestrian connections with dynamic sculptures or artworks would have welcomed people to the space. It could have strengthened the community by giving them stewardship of the site and the wider Chapel Street precinct, something that Melburnians have lacked in recent years.

As a business with an office that is situated less than 100 metres from Prahran Square, our staff could have benefited from a new public place that would inspire ideas, host social outings and lunches and foster connections with the local community and businesses. Despite promises that the project would act as both a leisure and community node, I am saddened to say that this couldn’t be further from the truth. 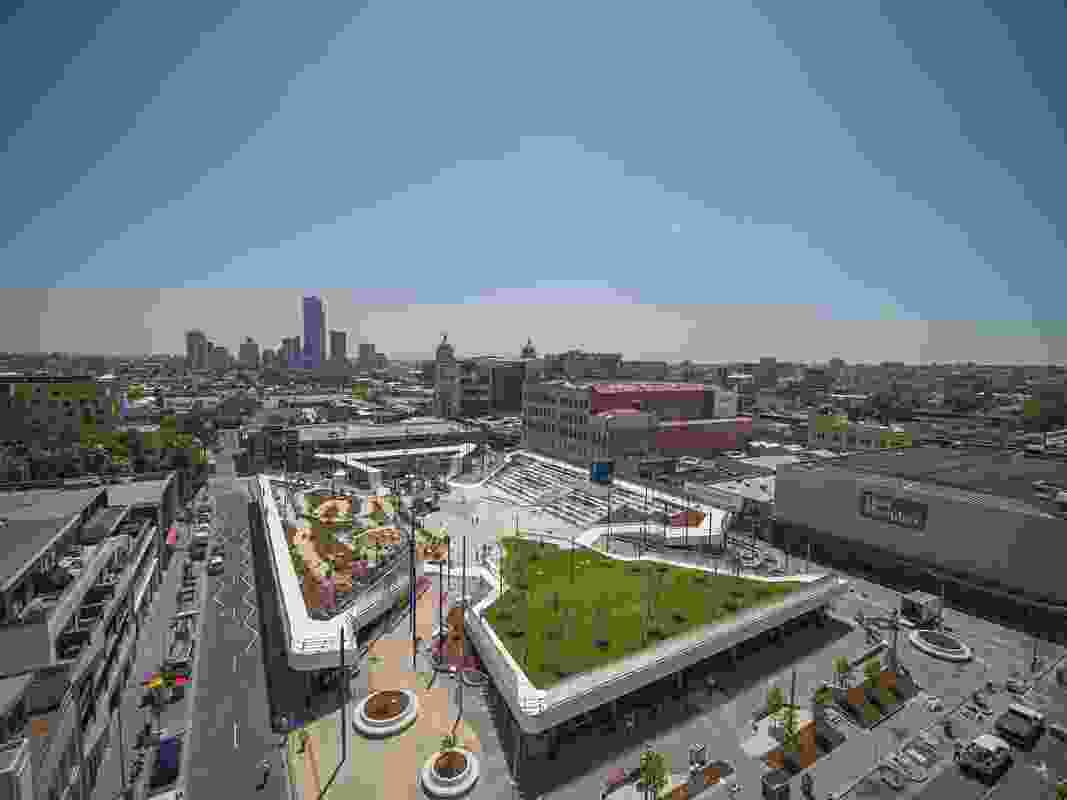 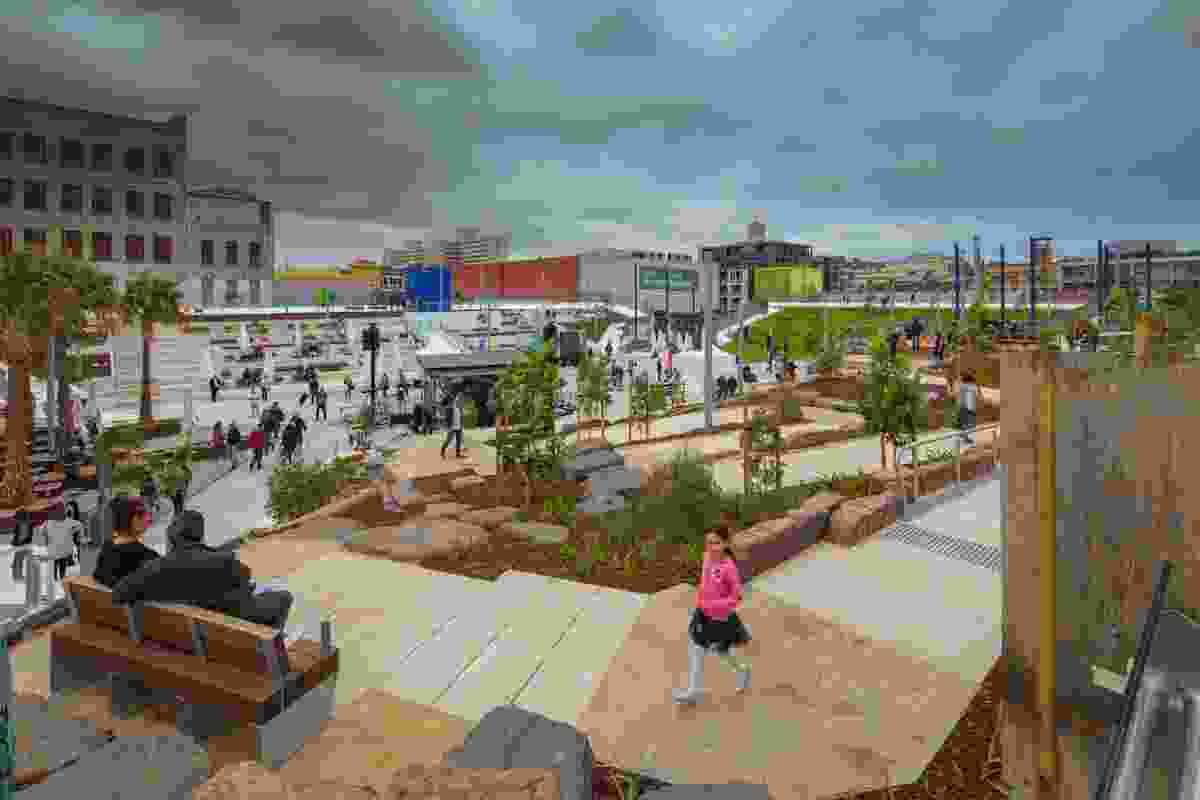 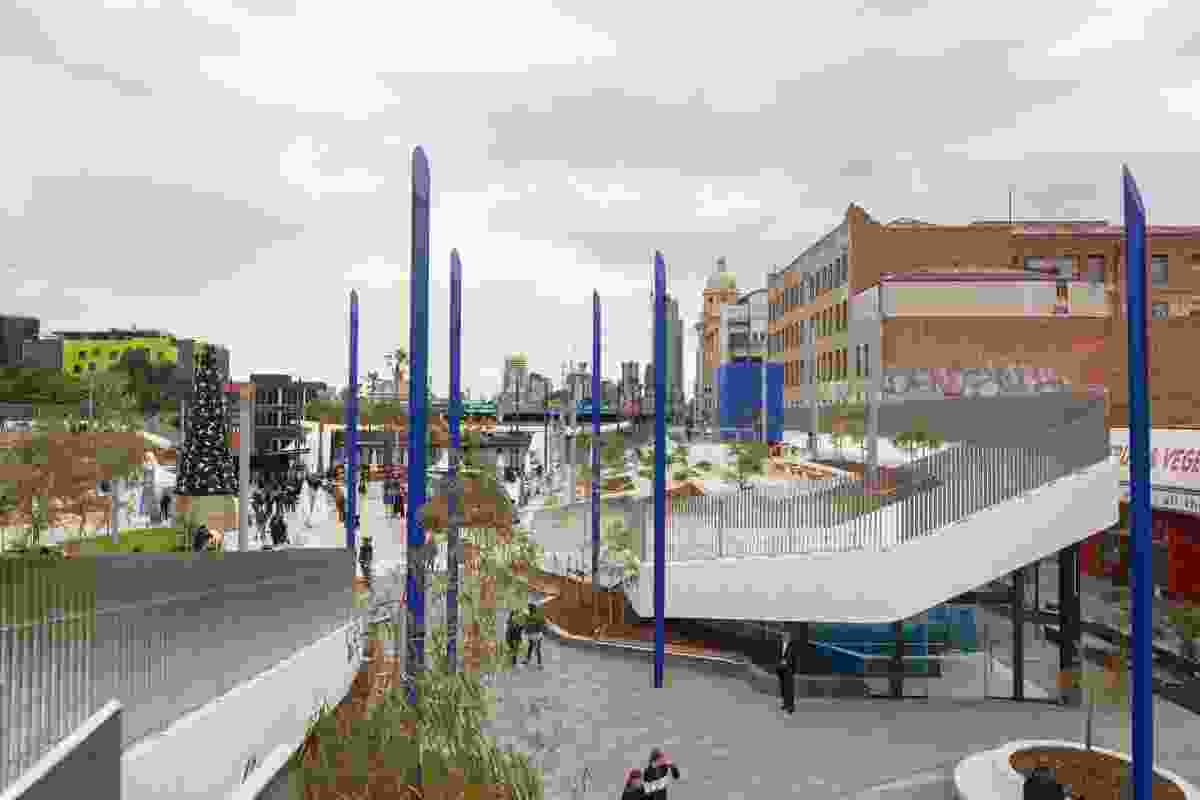 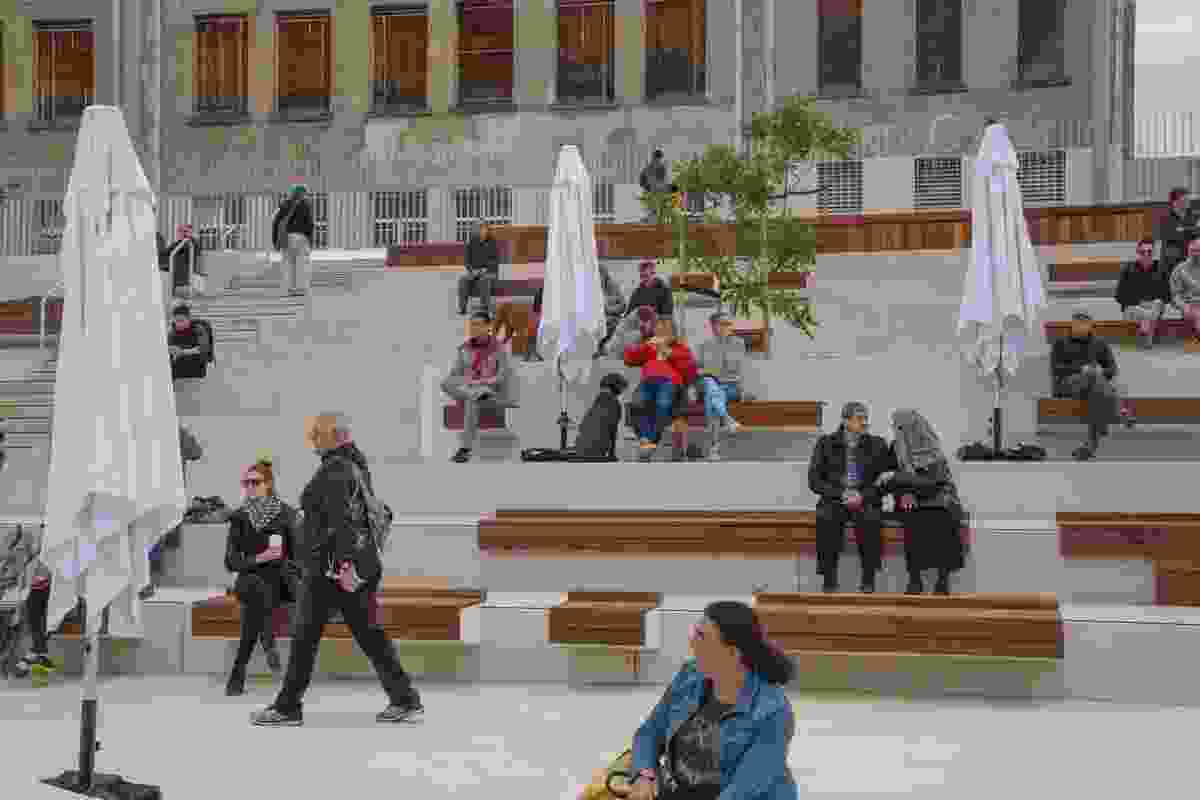 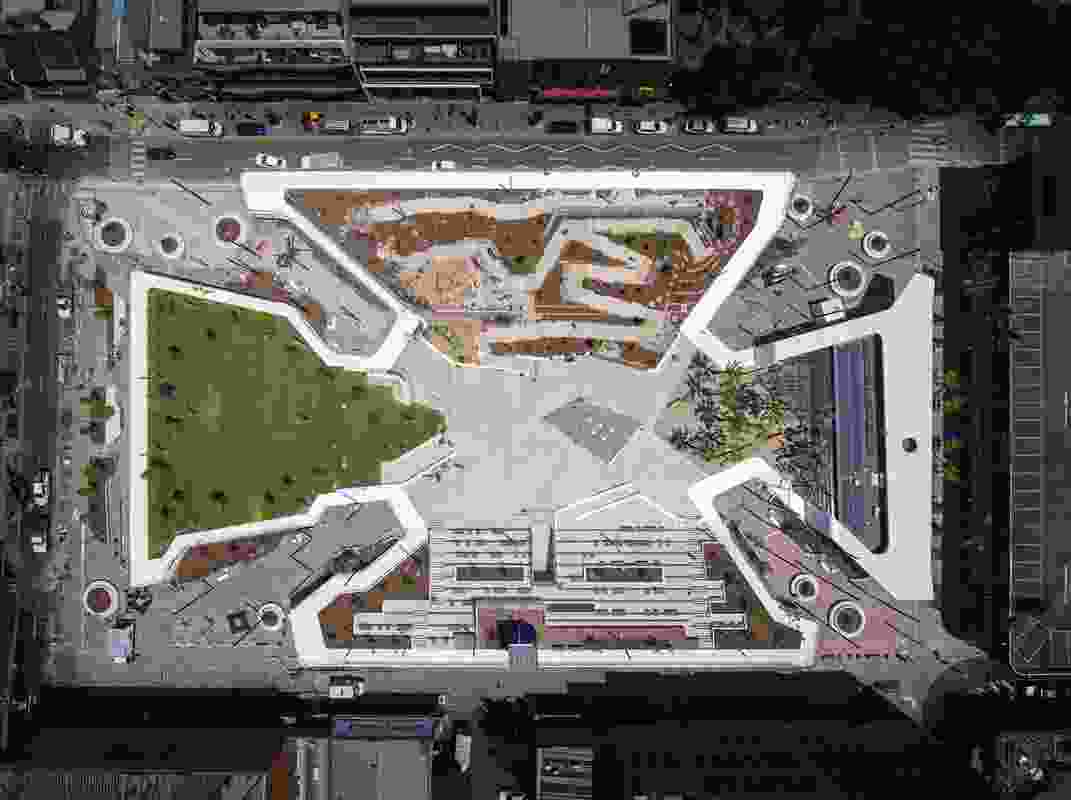 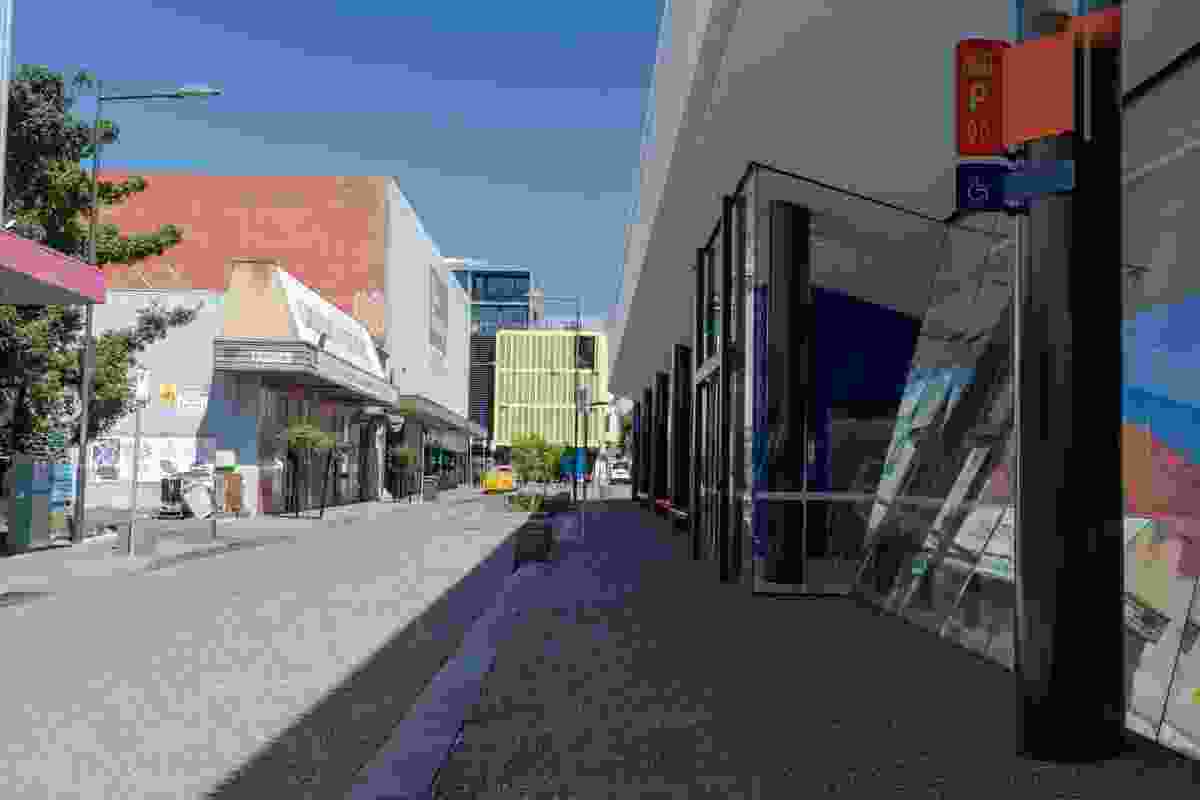 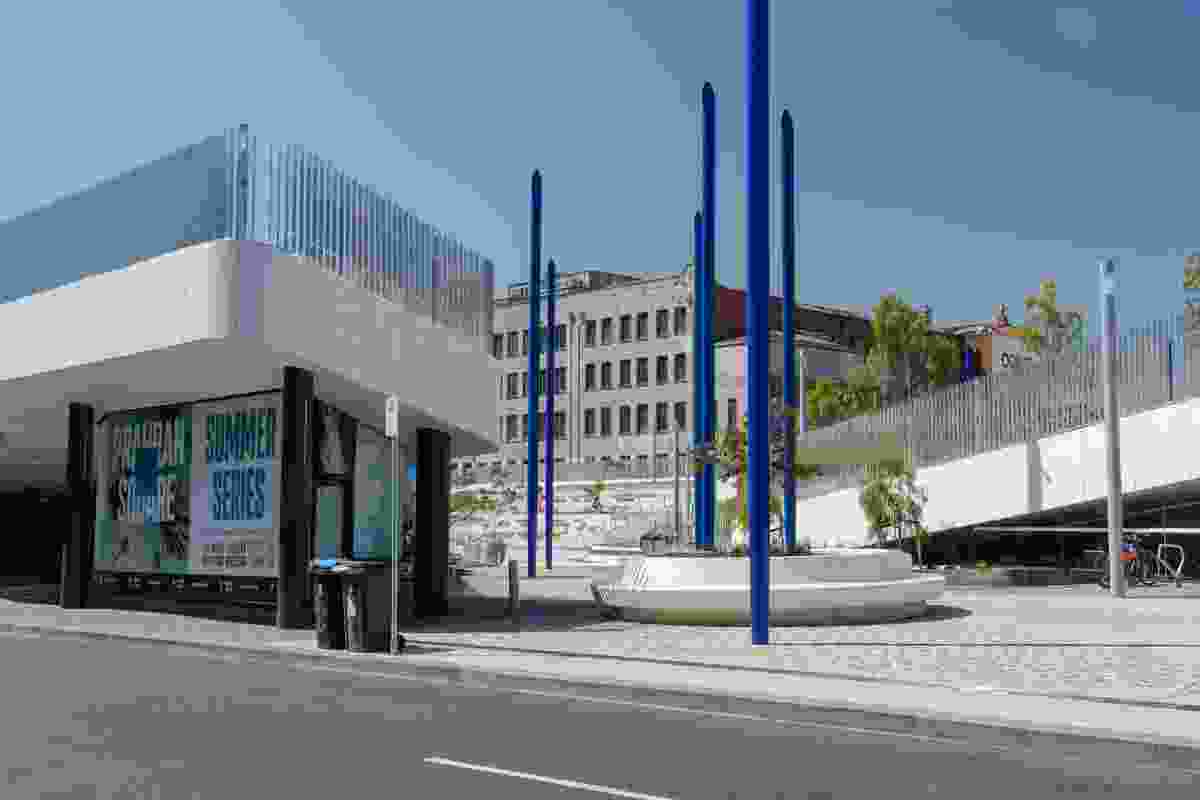 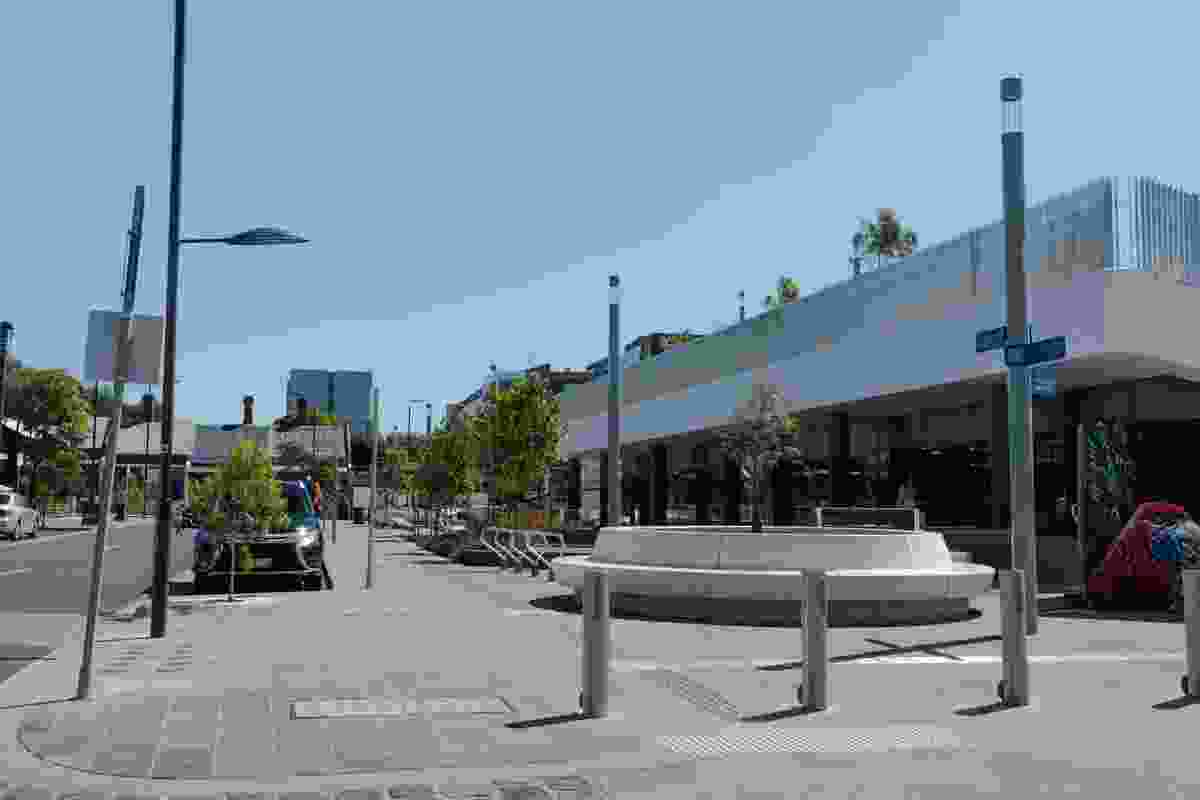