In 2012, a milestone in Sydney’s suburban growth was reached: the 50th anniversary of the seminal 1962 Carlingford Homes Fair of architect-designed affordable housing which was to influence the look and feel of suburbs up for generations, up and down Australia’s eastern seaboard. Stephen Batey, Carlingford Homes Fair researcher, made a pilgrimage of the remaining ‘display homes’ as part the 2012 Sydney Architecture Festival, and shares this report.

The Carlingford Homes Fair, on the Kingsdene Estate in north-west Sydney, was a joint venture between the then fledgling Lend Lease Corporation and the former Australian Consolidated Press (ACP) publication The Australian Women’s Weekly. Lend Lease sought to promote their Kingsdene land subdivision and their newly established Lend Lease Homes division, while the magazine wanted to stage a display of homes to promote their own Home Plan Service. It was a match made in heaven: ACP magazines promoted the homes and the homes fascinated the magazine readers. The event and marketing campaign were so successful in drawing interest from the public that an estimated 200,000 people came to visit the Fair in the six weeks it was open. In 1962, that amounted to just over 9 per cent of Sydney’s population; though fairgoers came from as far afield as Wollongong, Canberra and Newcastle.

There were twenty-four architect-designed homes on display. Harry Seidler, Neville Gruzman, John P. Ley, and Gerry Rippon (Towell, Jansen and Rippon) each designed three homes in their own particular styles. Ken Woolley and Michael Dysart in collaboration designed three homes, two of which were developed into the much lauded Pettit + Sevitt Lowline and Split-Level models. The firm of Ross A. Lightfoot and Stanton, and Don Gazzard (Clarke, Gazzard and Yeomans) each contributed two homes. Clarke, Gazzard and Yeomans also planned out the Kingsdene subdivision, which was a masterpiece of efficiency and innovation as well as being spacious and beautiful. Last, but certainly not least, Lend Lease Homes, whose chief architect was Nino Sydney, contributed five homes that were representative of their standard range of designs.

All the architects were given the brief to create homes that were innovative and showcased new materials and methods of construction, new ways of using space, and new ways of living; however, the homes were also to be affordable for the general public. The architects were allowed to choose their sites within the bounds of the Fair area and then worked in collaboration with each other to achieve harmony within all their homes, despite the great variance in designs. Of the twenty-four homes, only fifteen remain. In 2006–2007 three were demolished and one was altered most insensitively. At the same time, all the homes were listed on the NSW Chapter’s Register of Significant 20th Century Buildings (now known as the Register of Significant Architecture in NSW).

When the opportunity came up to suggest events for the Sydney Architecture Festival in 2012, I leapt at the chance and suggested a bus tour to see the remaining Carlingford Homes Fair display homes.

On 27 October 2012 around forty people from all facets of life, from architects and interior designers, archaeologists and historians, to artists and interested local residents, gathered at Tusculum to make the pilgrimage. Our first stop was the original 1961 Lend Lease Demonstration Village (No. 1 on the map). Here we viewed four of the five Lend Lease demonstration homes that were opened fifty-one years earlier in October 1961, before heading to the location of the 1962 Carlingford Homes Fair just a few hundred metres away.

Twelve of the twenty-four homes were set around a grassed reserve in the centre of their street; we gathered there to discuss the many homes still extant before dividing into groups and viewing the inside of three original homes. The owners of two Don Gazzard homes and one Ken Woolley/Michael Dysart home graciously permitted us access to view inside. These owners were fully aware of the architectural and historical importance of their homes and were particular about keeping things in as original condition as possible, or at least as in keeping with the original design as they could.

After viewing the homes, Nino Sydney paid us a visit and enthralled the gathered group with his recollections of the time, answering our questions about the Fair and what it was like working at Lend Lease Homes in the 1960s. After lunch at Lake Parramatta Reserve, an idyllic and well-kept secret in the north Parramatta area, we viewed two of the Neville Gruzman homes. One home was beautifully prepped for sale, while the other was a full period restoration in process. Both were exquisite to behold.

To conclude the day, we walked past the second Lend Lease Homes Demonstration Village as well as the site of the 1966 Lend Lease Home Buyers Exhibition (No. 2 and No. 3 on map) and saw how the original operation developed over the next decade as it encountered new markets.

It was very rewarding to guide a group of people through the place where it all happened some fifty years ago. October was a little after the actual mid-year anniversary date of the Fair, however, by sheer coincidence, our tour was 50 years to the day after an advertisement for the Lend Lease Homes second Demonstration Village appeared in The Sydney Morning Herald, and fifty years after the same collection of Lend Lease homes opened in Doncaster East in Melbourne.

This article originally published in the Autumn 2013 edition of Architecture Bulletin. 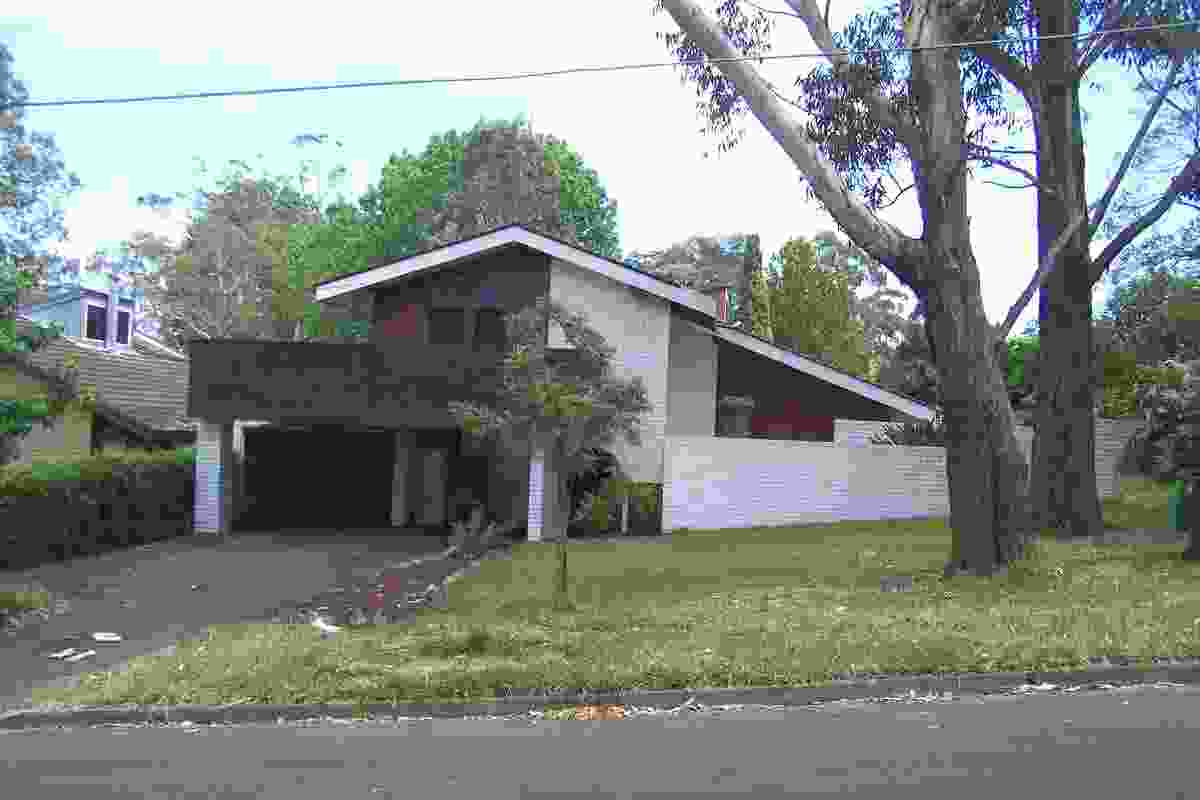 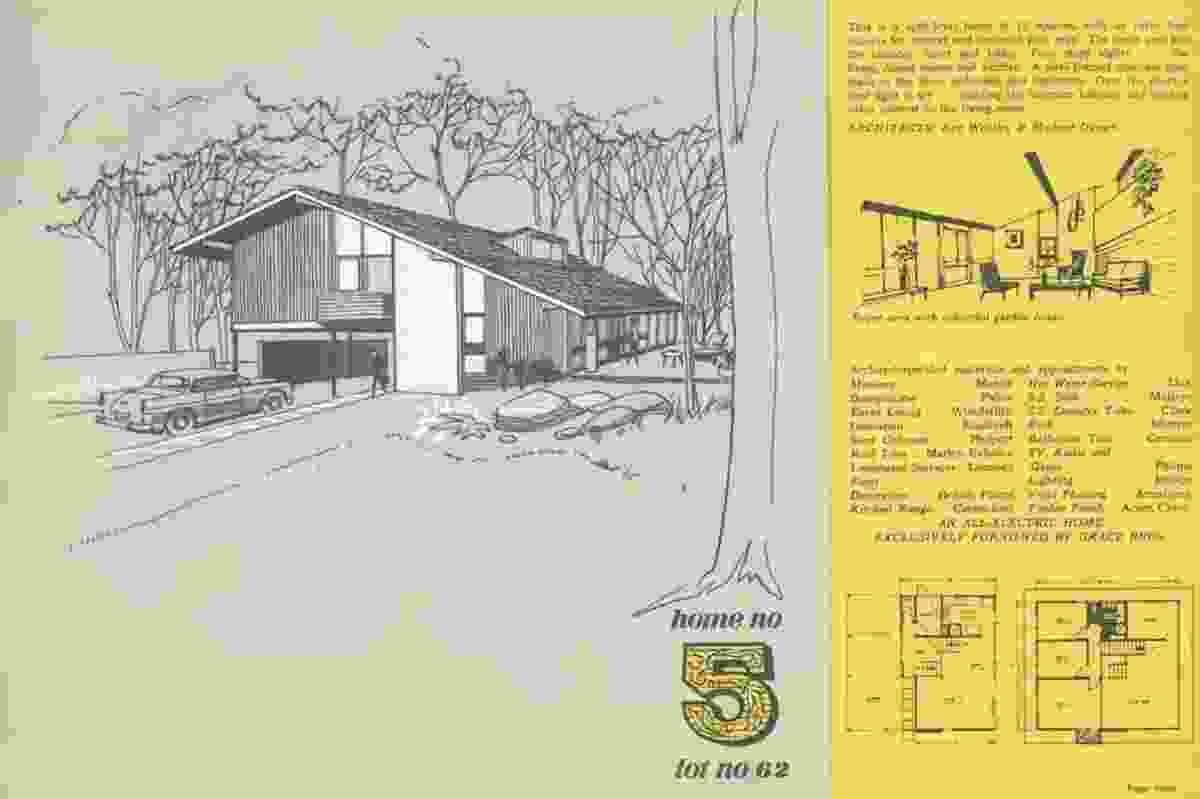 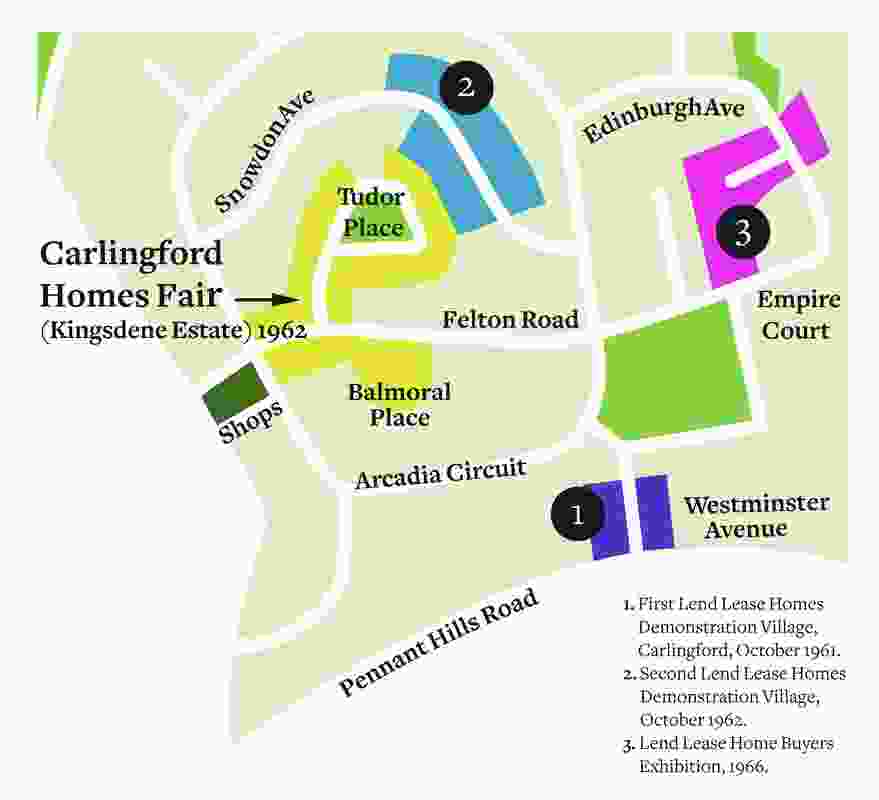 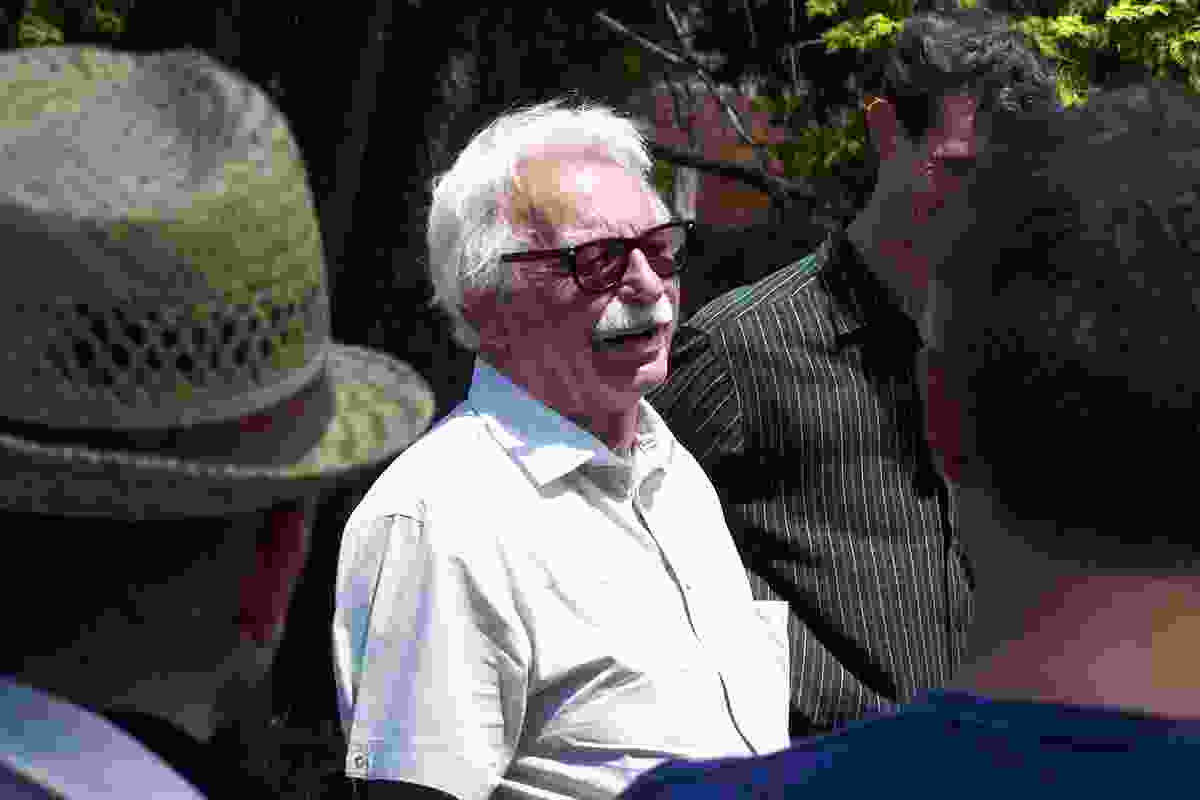 Chief architect of Lend Lease Homes at the time of the Carlingford Homes Fair, Nino Sydney, recounts his experiences at the 50th anniversary tour, October 2012.