London practice Carmody Groarke has begun a radical act of conservation in Helensburgh, west of Glasgow, erecting a gigantic box around a significant work of Charles Rennie Mackintosh.

Built in 1902 for the publisher Walter Blackie and his young family, the Hill House is an “unusual hybridization of tradition and invention,” which, though embedded in the picturesque tradition of Scottish baronial architecture, was also influenced by the contemporary technological advances of modernism. The exterior is rendered in Portland cement, a new and experimental material at the time.

Carmody Groarke’s Australian co-founder Kevin Carmody explained that this experimental use of a Portland cement render has led to fundamental problems of prolonged water egress that has saturated the building. It now requires a major conservation project to help the house survive.

“The current building is dissolving like an aspirin,” he said, at a speaking event in Melbourne in 2018. “The Portland cement render itself seems to have been the downfall of the project; the water has slowly penetrated all of the the surfaces, and it has now hit all of the internal surfaces.

“We have damage to the internal timberwork, the wallpapers, all of the one-off fixtures and fittings, and we see radical damage in the facade – that render is not built for a Scottish climate.”

The Scottish National Trust, which has been custodian for the building since 1982, launched an architectural competition in 2017 seeking design solutions to assist in the long-term survival of the building.

The idea for the competition was to create a pavilion next to the house to bring people to the house while it was being conserved. Carmody Groarke, however, took a different approach with its successful submission. “We resisted the idea of making another object and putting it next to the house,” said Carmody. “We thought it would be better to create something that combined the idea of visitors’ experience and enhanced that with the conservation of the building.”

The practice’s response was to create a “big-box” temporary museum to contain and protect the Hill House as an “artefact,” while also maintaining access to the house for visitors.

The Hill House Box does not have a fixed lifetime, since it’s not known exactly how long preservation works will take. But experts estimate it could take 15 years to dry the building out and complete the repairs. During that time, Carmody Groake’s “box,” constructed with a cross-braced steel frame and covered entirely with a stainless steel chainmail mesh, will serve the functional purpose of assisting with the drying out, while also allowing visitors access to the house.

Carmody explained that the project is in the “radical tradition of Cedric Price’s Fun Palace,” an unrealized project from 1961 with facilities for dancing, music, drama and fireworks.

“It will optically shift through the day, the form of the enclosure and the house will be in constant dialogue, and the mesh will assist that restoration and drying out.”

“It will optically shift through the day, the form of the enclosure and the house will be in constant dialogue, and the mesh will assist that restoration and drying out.”

Elevated walkways inside the chainmail box loop around and over the Hill House. The enclosure will also contain visitor facilities in a standalone timber building.

The Scottish National Trust’s CEO Simon Skinner said the approach to rescuing the building was as unique as Mackintosh’s original vision.

“The Box is incredibly impressive in itself, and being able to see the house from angles that Mackintosh could only dream of takes your breath away,” he said. “But it’s more than that. We’ve completely rethought how the house and its history is presented and when people come to the Hill House they’ll see how a house like this became a home to a family.” 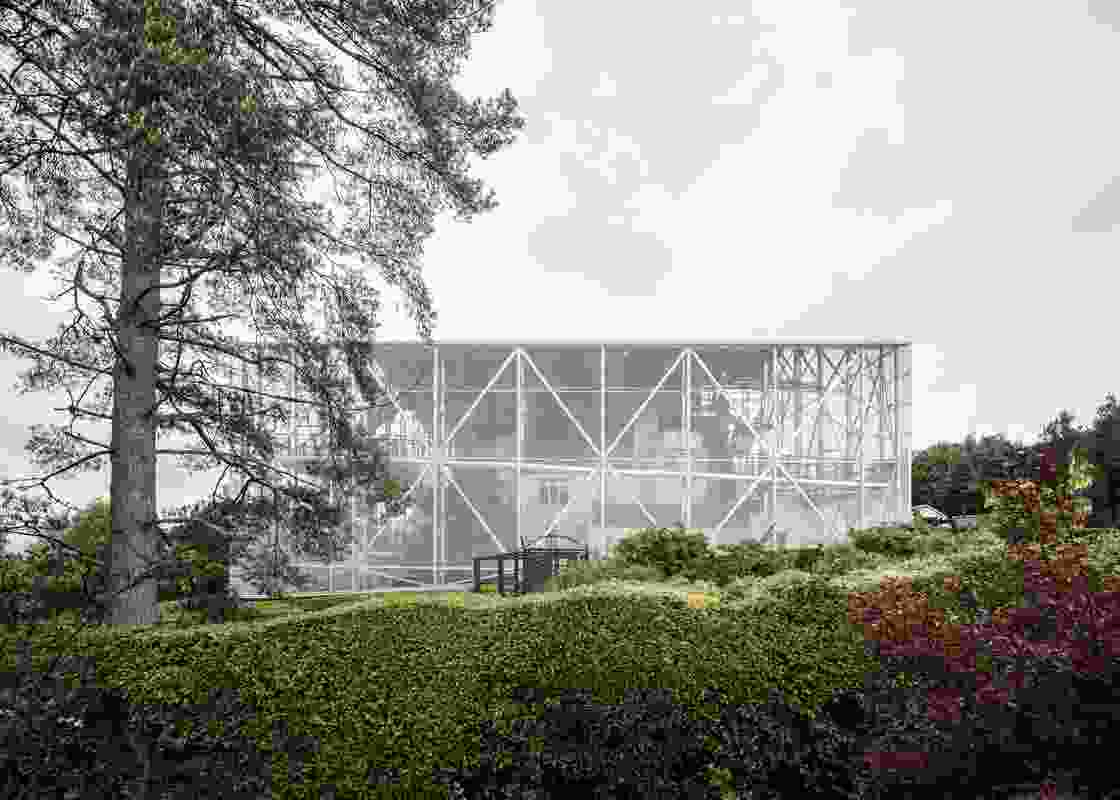 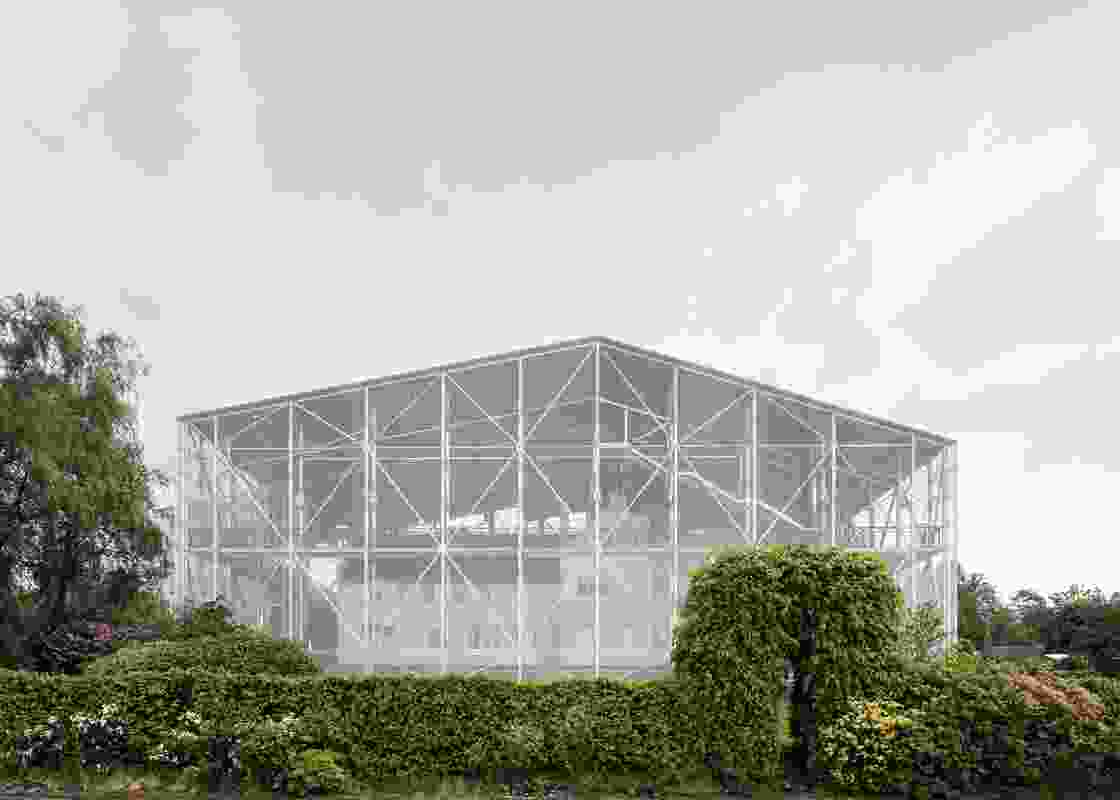 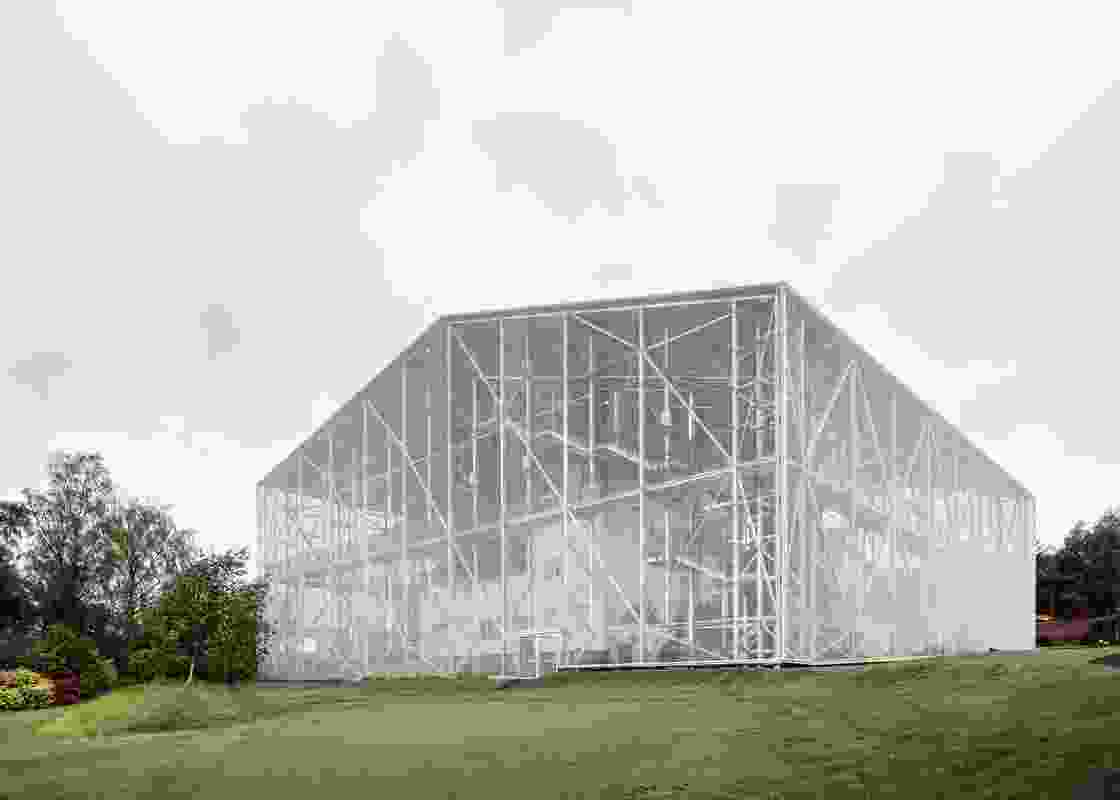 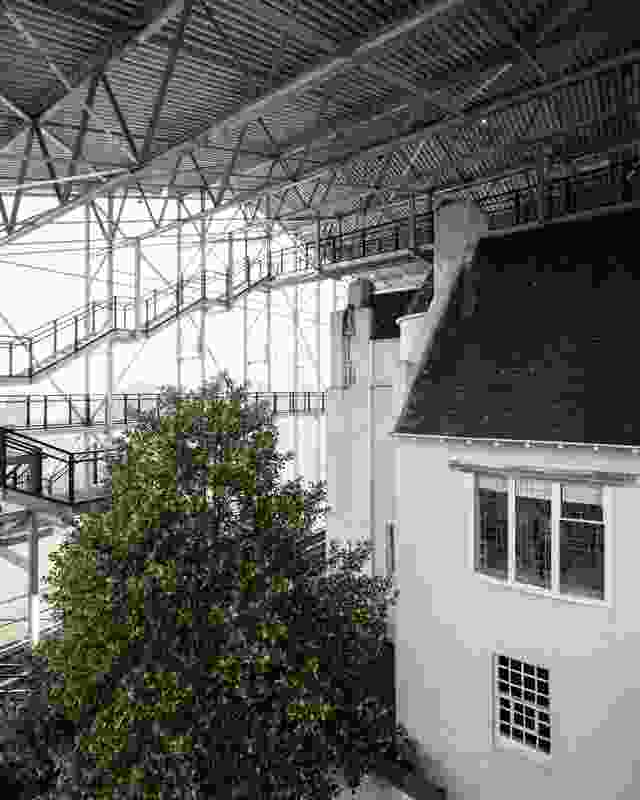 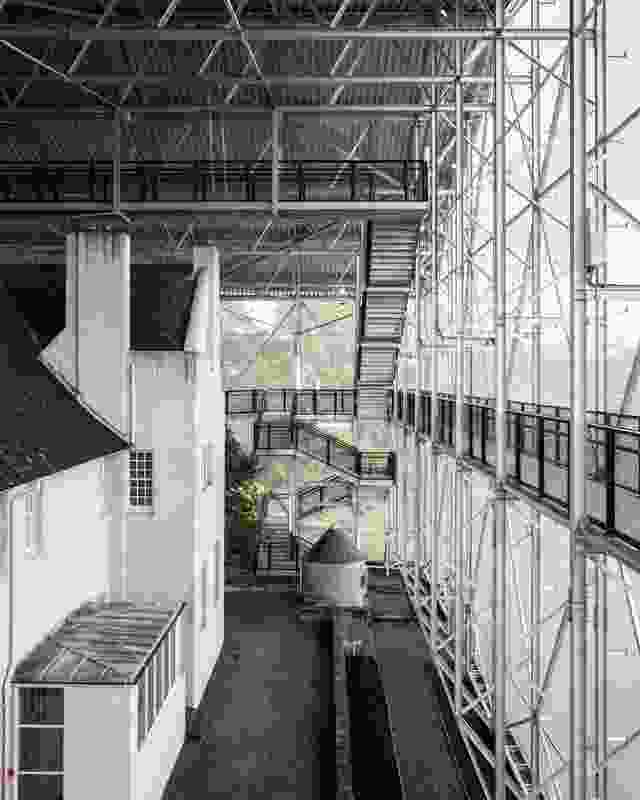 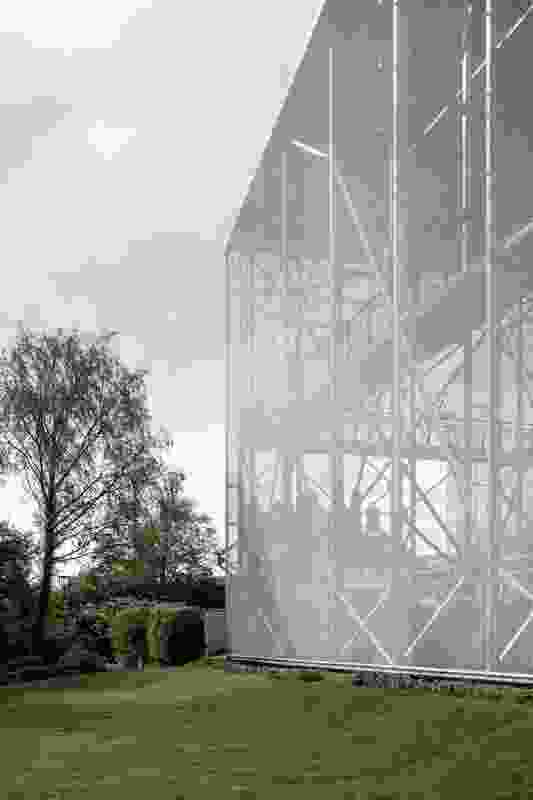 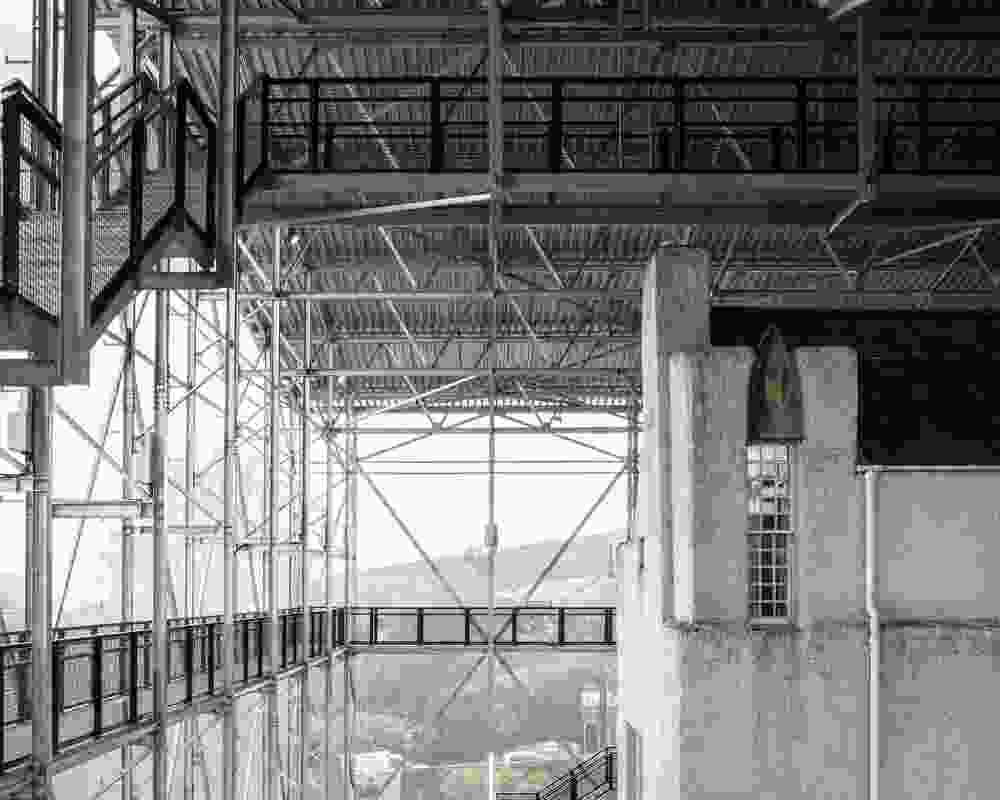 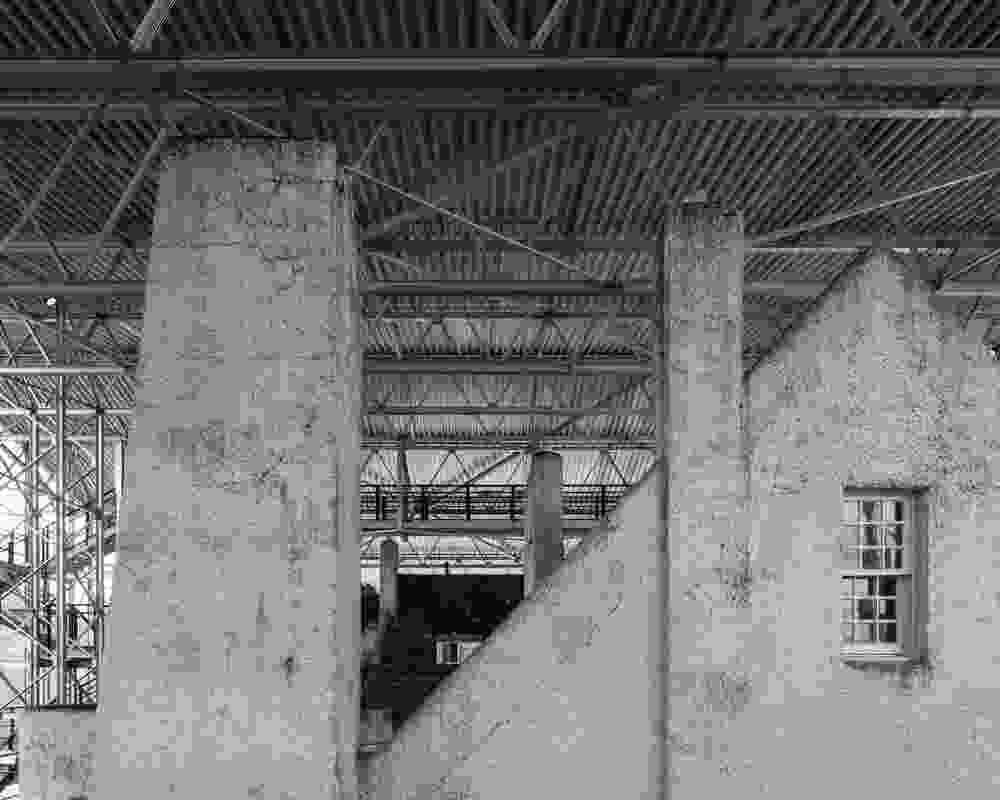 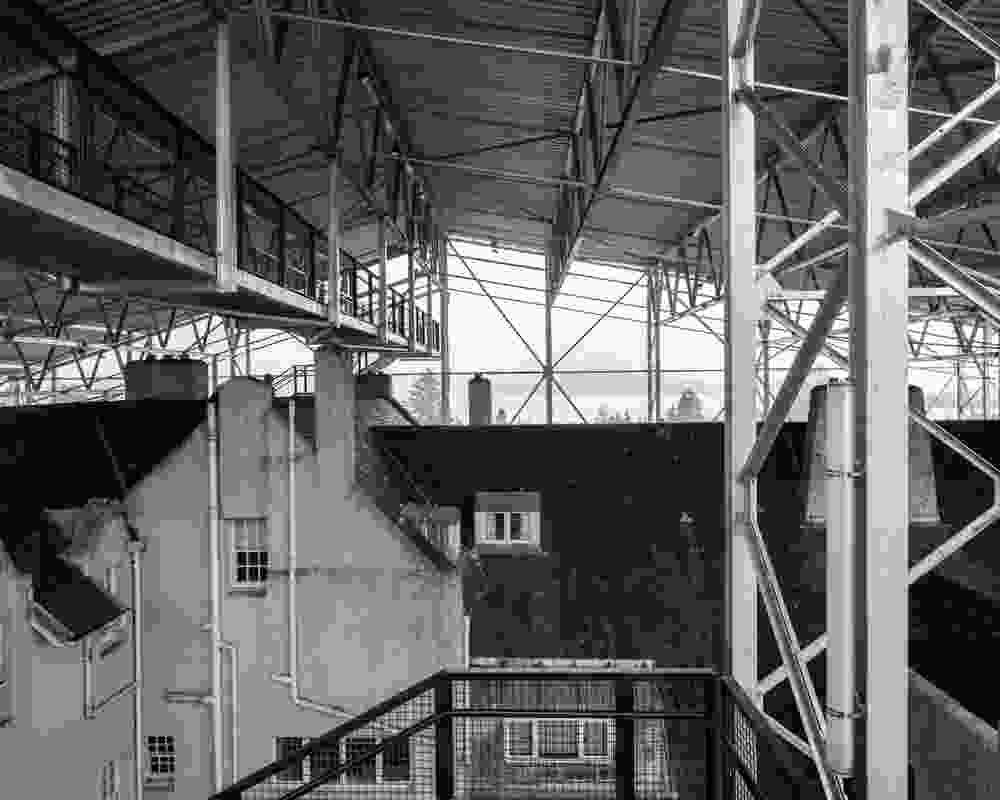 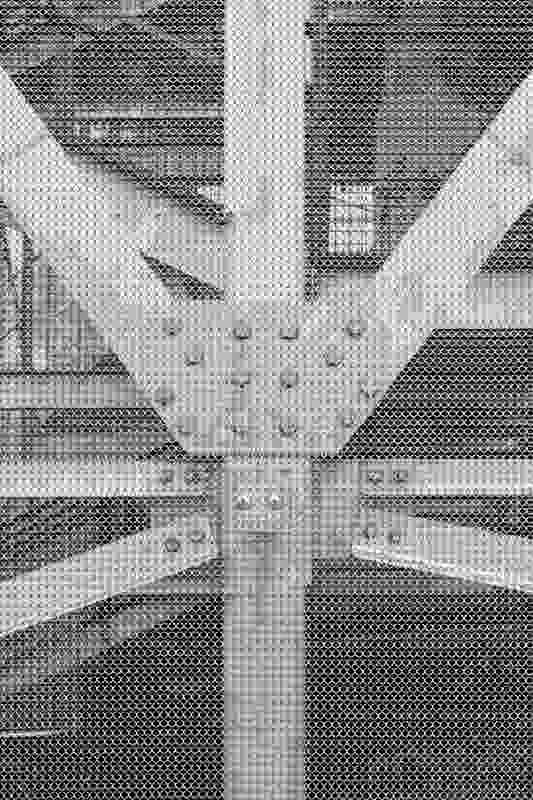 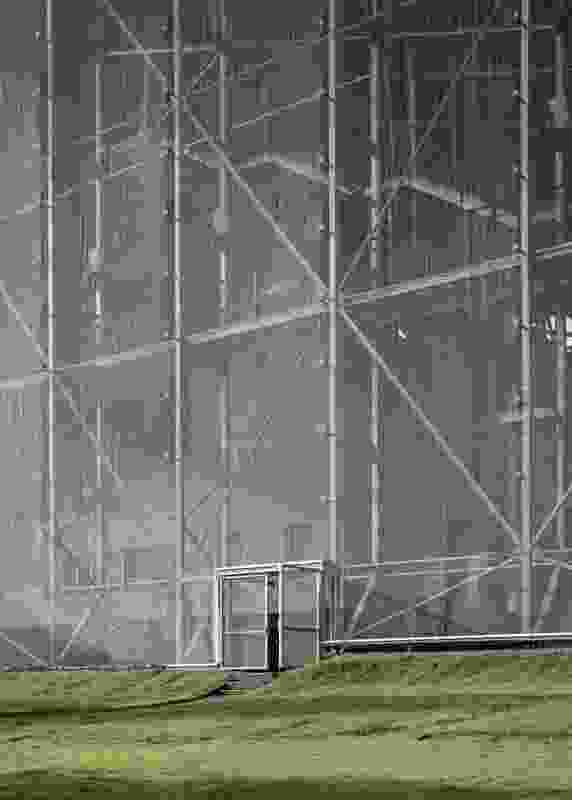 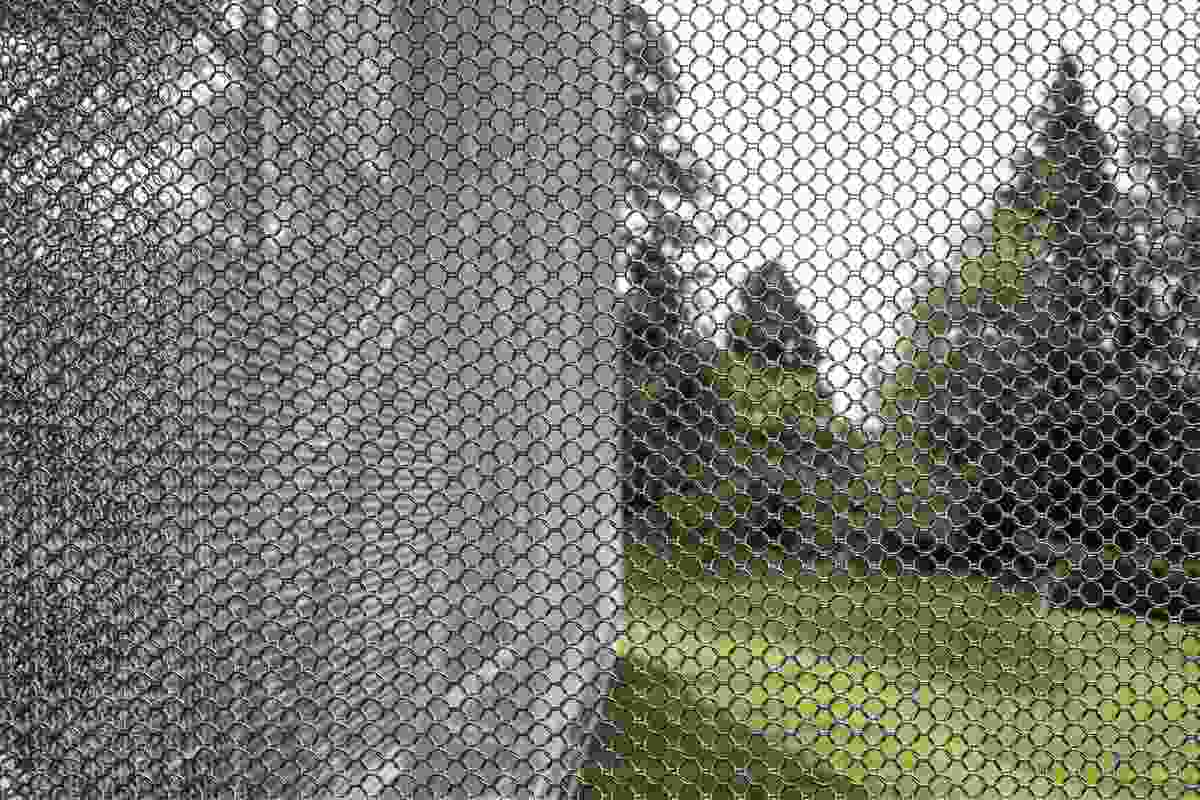