Cashing in on parks and gardens

This University Square proposal forms part of the City of Melbourne’s $15 million plan to convert underused roads into green spaces.

A group of Melbourne councils, the state government and Victoria University have launched Australia’s first Economic Framework for Green Infrastructure, which details ways to develop a business case for urban greening strategies.

The new framework explains economic methods and approaches for developing a business case for green infrastructure by looking at economic, social and environmental benefits. The framework is designed to make it easier for other councils to follow suit.

Green infrastructure refers to urban features such as parks, gardens, waterways, wetlands, pathways, greenways, public spaces, trees, roof gardens and green walls. Conventionally, green infrastructure has not been valued as an essential part of a community in the same way regular infrastructure such as roads have been.

Councillor Arron Wood, the City of Melbourne environment portfolio chair, said, “This framework will support better decision making and smarter investment for local government. We know that green is fundamentally good for our cities, but we have to make the business case stack up.”

“If we want to improve our liveability in a hotter, more changeable climate, we need to invest in green infrastructure projects, both big and small,” said Victoria University chancellor George Pappas.

“The framework will help councils build better business cases for doing so.”

Putting a dollar value on trees

Cashing in on parks and gardens 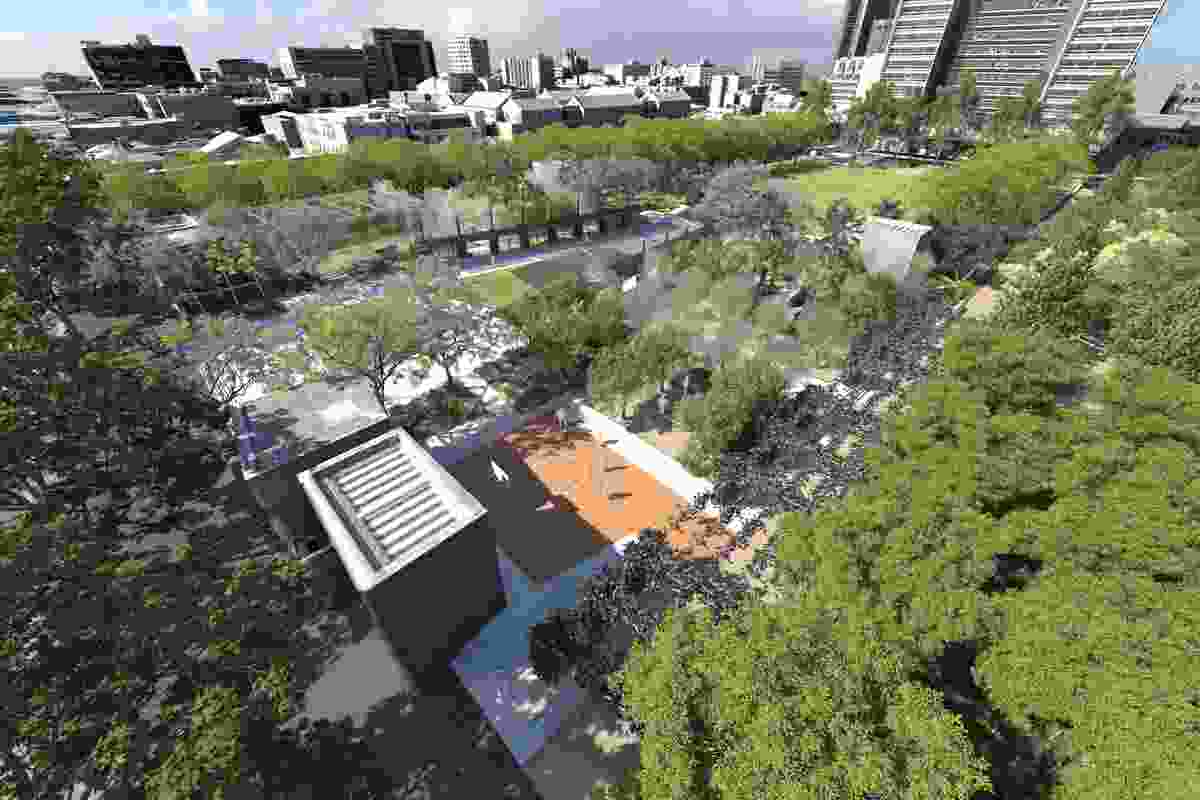 This University Square proposal forms part of the City of Melbourne’s $15 million plan to convert underused roads into green spaces.