The restoration of sheds A to D of the Queen Victoria Market by Grimshaw Architects.

The City of Melbourne will review its plans to renew and update the Queen Victoria Market in central Melbourne, after its initial plans failed to obtain a heritage permit.

The redevelopment proposal, designed by Grimshaw Architects, included a plan to construct a three-level basement beneath the western sections of four of the market’s Victorian market sheds, which were constructed in 1878 when the market was first opened. The sheds would have been temporarily removed, then repaired and rebuilt like for like.

The plan hit a roadblock in March 2018, when Heritage Victoria refused a permit application for the redevelopment on the grounds that the proposed works would be “unacceptably detrimental” and would have a “severe impact” on the cultural heritage significance of the market.

While initially pledging to fight the decision, the City of Melbourne decided at a meeting of the Future Melbourne Committee on 15 May to go back to the drawing board on the plans and to “advise Heritage Victoria before 25 May 2018 that it wishes to work with Heritage Victoria, traders, customers and other key stakeholders to submit a revised proposal for the provision of market infrastructure.”

While the council ultimately voted in favour of working toward producing a new proposal, several councillors expressed both their frustration with Heritage Victoria and a desire to challenge its decision. Councillor Susan Riley said the City of Melbourne had been “railroaded” by Heritage Victoria’s findings, while councillor Francis Gilley described it as “unprofessional and unsupportive” and that it should understand that the council was “begrudgingly not taking a much more strident view.”

Heritage Victoria’s decision does not affect the broader renewal of the market. Wood noted that the council’s 2018-19 budget, released on 14 May, included nearly $20 million for other works to the market.

The council also proposes a temporary market pavilion, designed by Breathe Architecture, which will house traders during the construction of the market redevelopment.

One part of the renewal that will proceed is the development of a site adjacent to the market as a 38-storey mixed-use precinct designed by Bates Smart and Six Degrees Architecture, which received state planning approval on 16 May. 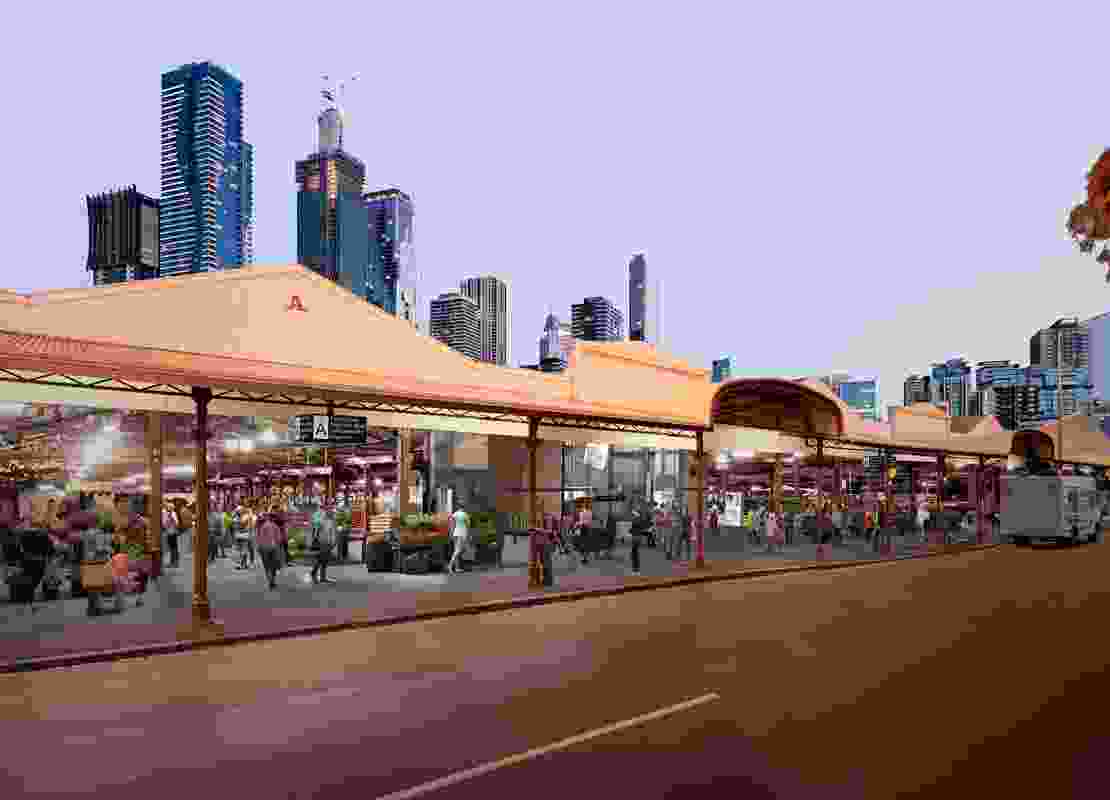 The restoration of sheds A to D of the Queen Victoria Market by Grimshaw Architects.