Two years ago, Lindsay and Kerry Clare abandoned their small office on the Sunshine Coast to enter the turmoil of Sydney’s development politics, as contract design directors for the NSW Government Architect. Now, as they move back to private practice (remaining in Sydney), Queensland Government Architect Michael Keniger reviews their public schemes and the unusual experiment.

The appointment of Lindsay and Kerry Clare as Design Directors of the New South Wales Government Architect’s Office two years ago entailed risk and uncertainty for the Clares and for the Government Architect, Chris Johnson. Against this, the Clares stood to gain experience of a wide range of public and urban projects whilst the Government Architect’s office would potentially benefit from the catalytic effect on its internal culture of two such highly skilled and committed designers. As the Clares come to the end of their appointment, has the initiative paid off? What has been achieved and is the interaction between private practice and public offices through such appointments to be more widely encouraged?

Model of the Environment Centre.

Model of the Olympic Village School, being built at Newington. 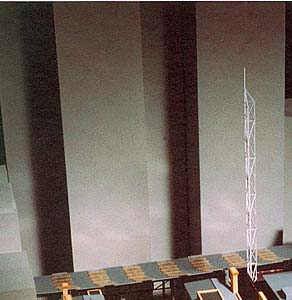 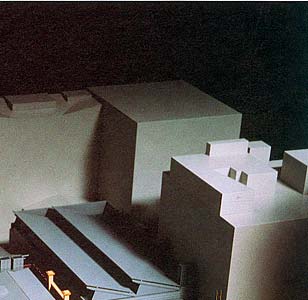 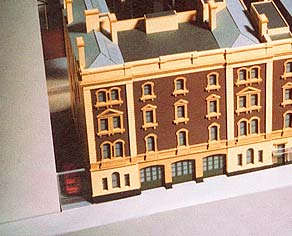 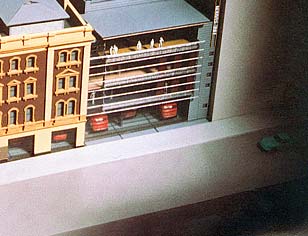 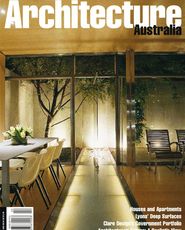