The ubiquitous verandah of the Queenslander morphs into flexible indoor–outdoor classrooms in this new Brisbane school by Archibett.

The building’s permeable facade opens onto a central green playground.

Despite the emphasis on the rapid construction of sheds and shelters as part of the federal government’s Building the Education Revolution (BER) program Australia wide, it seems apparent that the best buildings derive from a slower evolution of long-term consideration of needs and vision. Rapid-fire responses more often than not tend to lead to problems of amenity, visual chaos and maze-like circulation patterns. And it’s rare to find a school that has escaped the spectre of the seemingly eternal “demountable” classrooms that linger long after their intended tenure.

Clayfield College is a private school in Brisbane’s inner north. Its ethos of sealing intake to a comparatively low population (950) and establishing a strong family-based community is echoed in its recent building program. Like so many other schools, Clayfield College has outgrown its campus during the last eighty years, and encroached slowly but surely on neighbouring houses and businesses. Unit blocks, art deco houses, Queenslander cottages and even a bowling alley have all been subsumed for demolition or reuse as the school fingers its way into the leafy local streets. The original double-height timber and brick building survives, but is masked by more recent interventions.

Establishing a masterplan to create a cohesive, workable campus that caters for children from prep to Year 12 was the first task embraced by Archibett Architecture in its extensive rebuilding program. Director Walter Betten was keen to create a protective, inner green zone on the existing oval. The arrangement will eventually result in a solid line of buildings running along the eastern edge of the campus, thus screening the inner sanctum of green from a major arterial road. The green zone will also be a central vantage point from which the major routes through the school are legible.

The southern edge of the site rises six metres above the grassed court. It is now home to the preparatory, junior and middle schools and their associated play areas. Archibett’s new junior school sits high on the streetside edge, overlooking the middle school and the playgrounds and amphitheatre between. It also has a direct connection to the prep school, fenced off but visible to the south. Paths weave through the different terraces and zones, with clearly visible terminuses in each of the buildings, and the new school has a strong vantage point for overseeing the ebb and flow.

While enjoying an elevated position and running to two levels, the junior school building nevertheless blends neatly into the surrounding scale of older structures. Its defining gesture is a colonnade of concrete ramparts, lightly referencing traditional ecclesiastical and educational architecture. Their material and shape are decidedly contemporary, if not a touch playful. The columns are kinked in the middle and the kinked arched vaults of the cloister are also pointed.

Likewise, the length of the building is kinked in the middle. The design allows for deep verandahs, which double as extra classrooms, break-out zones and function spaces. In a suburb where old Queenslanders with wonderfully deep verandahs abound, the device is both apt and pragmatic. Five classrooms on both levels are separated in the centre by the amenities block. At the rear, they are baffled from the busy road by an interior corridor which functions as the ancillary prep and computer areas for students, visible from the classrooms through glazing.

The exterior wall treatment is engineered to bounce road noise away from the articulated, curved panels. Apolic aluminium cladding is laid in variegated patterns to play with reflected light and to create a sense of movement along the large facades. Carefully angled shade devices and a roof that funnels breezes into the verandah all assist in climatic comfort and control.

Betten’s mantra of keeping things simple and not over-designed has resulted in a practical, generous building with an extended expected longevity. 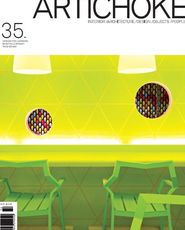 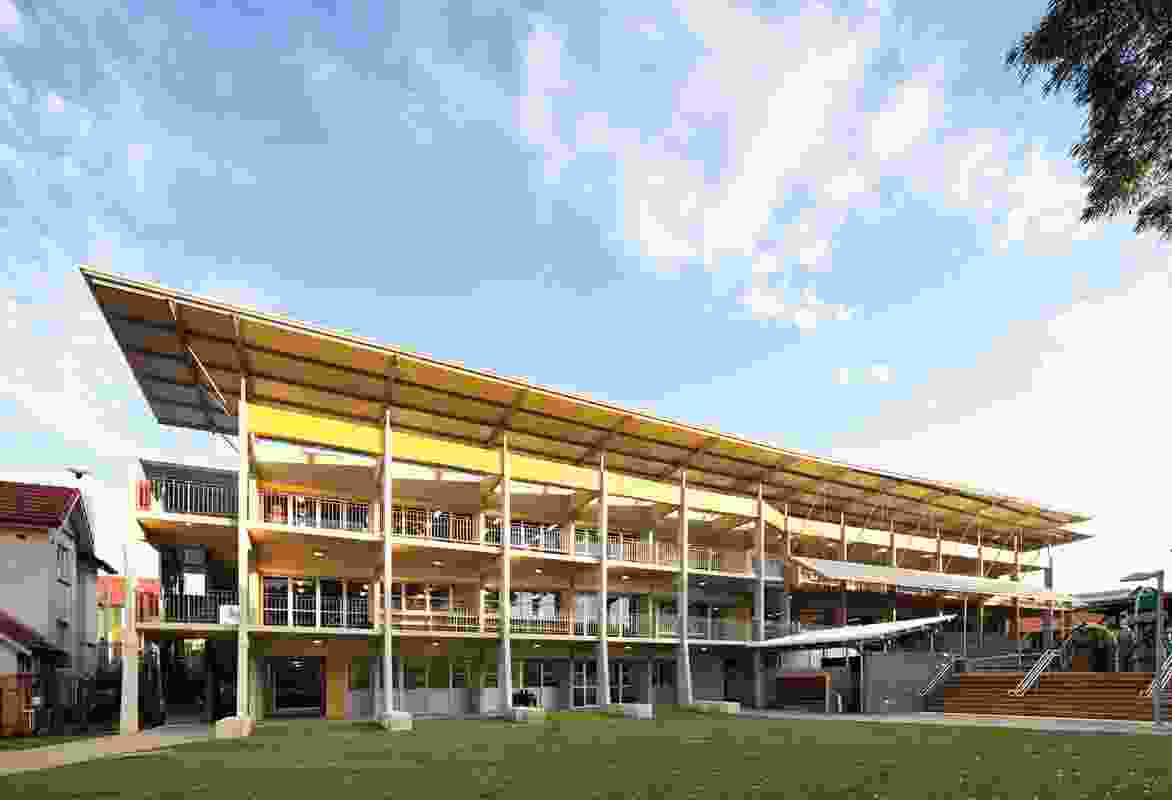 The building’s permeable facade opens onto a central green playground. 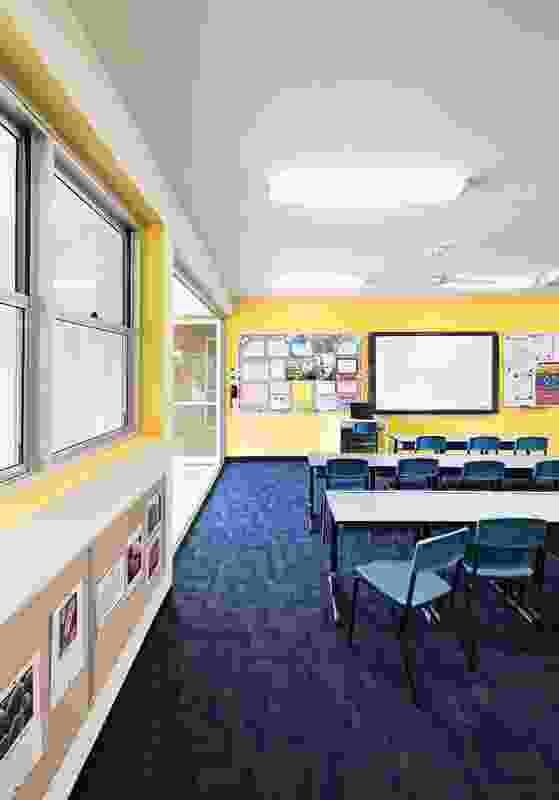 Classrooms are orientated to maximize natural light and ventilation. 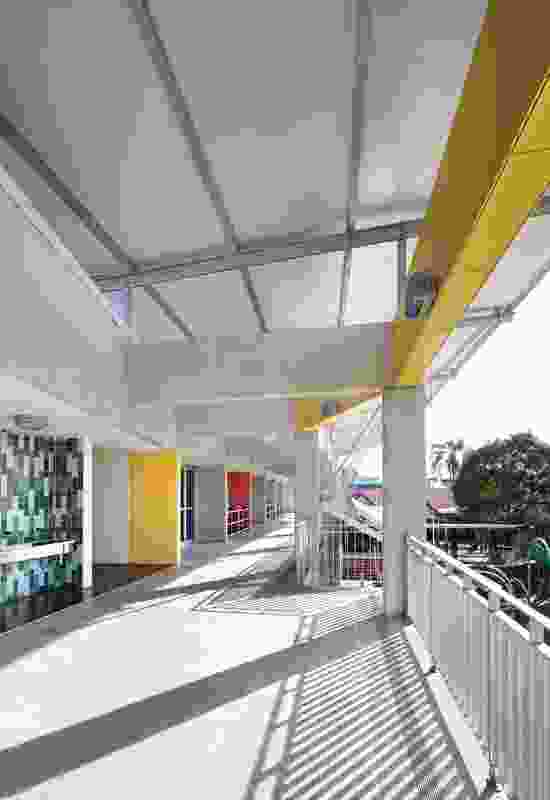 The precast concrete “colonnade” alongside the classrooms overlooks the central playground.