At the Gold Medal Breakfast in Melbourne, 2016 Gold Medal recipients Howard Raggatt and Ian McDougall revealed how their practice, ARM, is shaped by curiosity, unencumbered critical discussions and unfettered experimentation.

Early one Thursday morning in late November, somewhere in a lime-green-carpeted corner meeting room in an office above a nondescript carpark building in the Melbourne CBD, a small group of emerging architects and graduates gathered in earnestness to meet the 2016 Gold Medallists. Held annually, the Gold Medal Breakfast is an informal gathering during which early-career architects can meet a Gold Medallist at the top of their career – think collegiality over croissants. This year, it was held on the winners’ home turf: the office of charmingly wilful Melbourne firm ARM.

As we moved through the foyer, we paused at the backlit rainwater-tank kitchen islands to acknowledge a photograph of the late Stephen Ashton, the “A” in ARM, who passed away three months after he and his co-founders received the Gold Medal. Beyond a wall of plaques, awards and 3D-printed maquettes of the studio’s work, we entered the meeting room for what turned out to be not a presentation, but an intimate Q & A with ARM co-founders and two of the three 2016 Gold Medallists, Howard Raggatt and Ian McDougall.

For me, the biggest takeaway from the morning’s proceedings was something that went unsaid yet was apparent from the moment we met Raggatt and McDougall: the importance of humour. Through anecdotes, they offered insights into their 30-year career, from the firm’s dry start (“six years of not earning a living”) and the discomforts of receiving critique at the Halftime Club (“you didn’t go to have a nice night”) to the commissions for high-pressure civic projects bound by relentless bureaucratic and political changes (“We worked on Elizabeth Quay for 10 years … we did a Labour scheme … and a Liberal scheme … then they said we had to cut the end of the island off … so we did. Ironically, the island was shaped like a person so it looked like its head had been cut off…”).

Through dialogue and discussion, the duo not only shared moments of great personal satisfaction, such as the warm reception of the Perth Arena on completion, but also delved into the pragmatics of architecture practice, charting how documentation, procurement and contracts have evolved since the 1980s. Many projects they discussed had elements of trial and triumph, revealing the painstakingly complex nature of delivering novel civic architecture.

ARM’s resolutely experimental projects never fail to elicit opinion from even the most dispassionate of citizens; they have become catalysts for discourse on the city itself.

Their ability to laugh at failures and rejection has taken ARM from strength to strength, enabling the practice to thrive in the oft-disparaging climate of architectural cynicism and critical opinion. ARM’s resolutely experimental projects never fail to elicit opinion from even the most dispassionate of citizens; they have become catalysts for discourse on the city itself.

Reflecting on ARM’s inventive palette of colourful, dissonant works, from the controversial Barak Building to the other-wordly Geelong Library, it seems as if the firm’s primary aim may well be to eradicate ambivalence from the all-too-comfortable Australian community. Love its work or hate it, there is never a stagnant moment with this practice, which is precisely what propels it into new territories. Raggatt mentioned his wariness of the “fetishized detail” or of falling into the classical lull of developed styles, while McDougall lamented the aesthetic branding propagated by various large international firms. The ARM office has no interest in developing “products” or defining “style”; here, instead, one will find many surprises.

There was no hostile elitism nor bitter cynicism evident that morning. Instead, Raggatt and McDougall demonstrated that it is possible for playfulness to coexist with pragmatism in a profession that often takes itself too seriously. In fact, undying curiosity, unencumbered critical discussions among peers and unfettered experimentation are vital to the maverick practice’s success. So here’s to the contagious irreverence and catalytic legacy of this year’s Gold Medallists. May the three letters “ARM” continue to draw public attention, stir debate among the design community and enrich the collective legacy of contemporary Australian architecture. 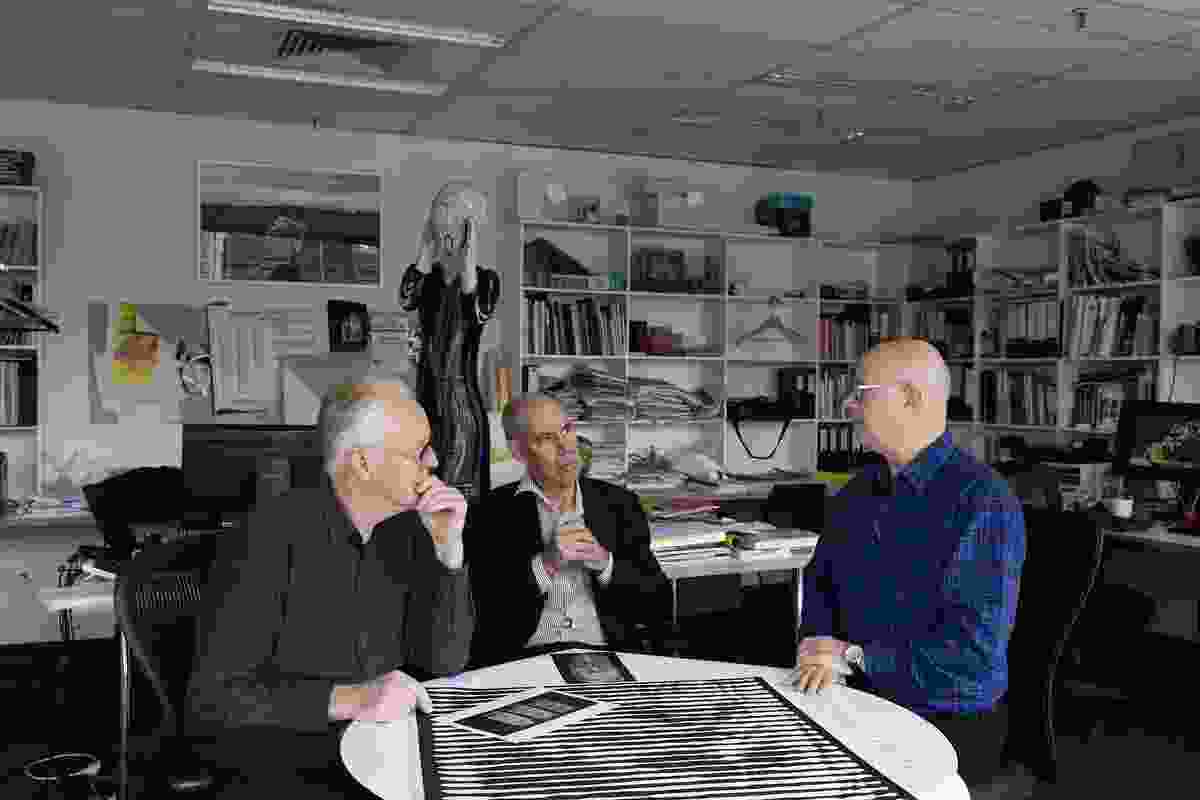