International competition organizer Young Architects Competitions has launched a design challenge that asks graduates and emerging architects to submit proposals for a floating house equipped to deal with the climate crisis in the Pacific island of Kiribati.

With a population of more than 110,000 people living on 32 atolls and islands spread across 3.5 million square kilometres, Kiribati is, like many Pacific Island nations, particularly susceptible to rising sea levels as a result of climate change. Comparatively large-scale internal migration has already taken place, with people retreating from more exposed, outlying islands.

The Kiribati Floating Houses competition seeks floating, independent and self-sufficient proposals. Designs must make use of locally sourced materials and include a drinkable water collection and conservation system.

The homes “will have to be large dwellings in or­der to accommodate entire family units,” according to the competition brief, with one unit comprising a single “cell” in a larger village. Designers will also have to provide space for food production and small holding animal husbandry.

Entries will be evaluated by a panel that includes architects Kengo Kuma, Moon Hoon, Rocco Yim, Simon Frommenwier and Teuau Tebau, the University of Queensland-trained Kiribati government architect who is the only architect in the country to have attained a Masters of Architecture.

First prize winners will receive €8,000 (A$12,900), with second and third placed proposals to receive €4,000 and €2,000 respectively. Some winning projects will be collected in an exhibition at the Sanctuary of Santa Maria della Vita in Bologna, while National Geographic magazine will include some entries in an exhibition about oceans at the Palazzo Blu in Pisa.

Entrants must be teams comprised of “students, graduates, freelance architects, designers or artists,” with at least one member aged between 15 and 35. 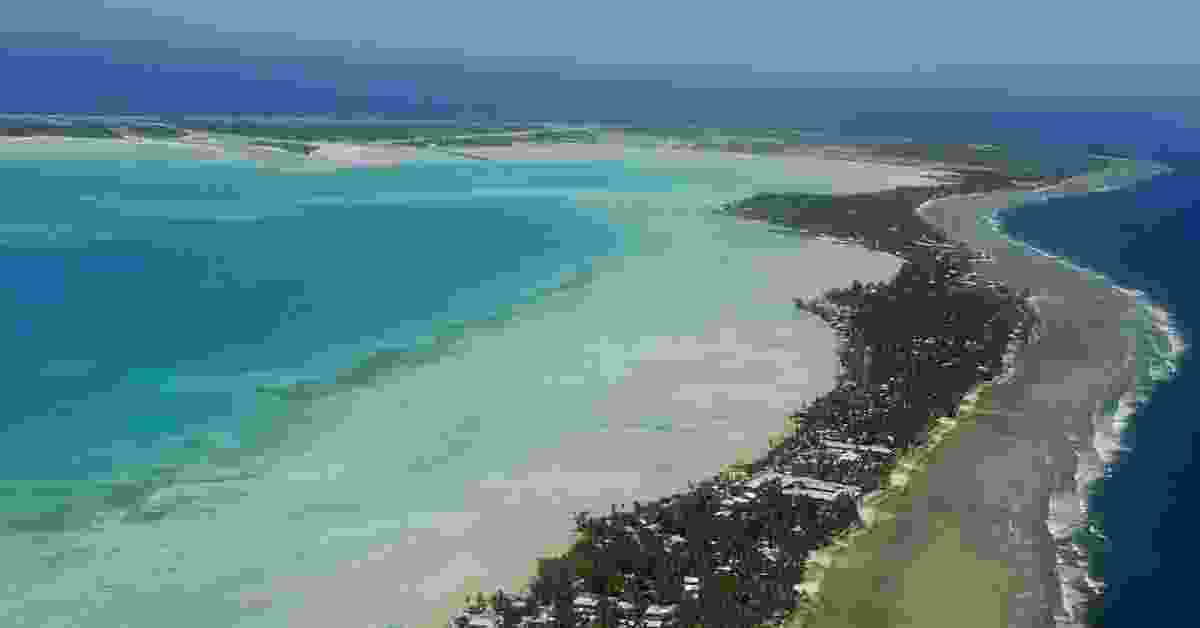