The Queensland government has released designs by BVN for a new secondary school at Dutton Park in Brisbane’s inner-south.

BVN’s concept masterplan for the Inner City South State Secondary College includes a series of buildings arranged around an outdoor plaza described as a “learning oasis.”

Images of the main learning and administration hubs, which have been placed on public exhibition for public feedback, depict multi-storey buildings with distinctive facades and a large, open entrance atrium.

Local MP and deputy premier Jackie Trad said the school would provide a “state-of-the art” learning environment for the growing community in and around Brisbane’s inner south.

“The concept master plan for the new state high school is a key milestone, bringing this project to life through the design of contemporary learning centres set around an inspiring outdoor learning plaza that will form the heart of the school site,” she said.

“The learning plaza will become the central gathering space at the school and provides a strong sense of community in this inner-urban context.”

BVN was appointed as the principal consultant for the project in November 2018.

The practice’s masterplan includes six main elements: a creative hub, administration hub, two learning hubs, a health and wellbeing hub and a multipurpose hall. In addition to the central open learning space, there will be a number of parks, green spaces and gardens dotted around the school.

The school will sit on a wedge of land between Grantham Street and Gladstone and Annerley roads, with Dutton Park, the Brisbane River, and the University of Queensland to the south-west.

The Department of Education noted that it is working with the nearby university to “shape the vision and identity of this new school,” with the university’s Faculty of Engineering, Architecture and Information Technology, as well as the Faculty of Science, set to collaborate with the school to offer additional learning opportunities.

Trad said the local community would play a vital role in the school’s development. “The community have been great advocates for this much-needed school and have already provided excellent ideas and suggestions which have guided these concepts and designs,” she said.

Some 5,000 additional students have joined Queensland state schools in and around the Brisbane CBD in the past ten years according to government figures, and the growth is set to continue with more than 3,000 additional students expected to move into inner Brisbane in the next five years. The government has allocated $800 million for a Building Future Schools Fund to service the growing populace, and has three major state schools in the works in the inner-city.

The Inner City South State Secondary College is expected to be open for Year 7 students in Term 1, 2021, with the school continuing to grow a year level each year through to 2026 when the school will offer Year 7 to Year 12.

Community feedback sessions on the masterplan and design are being held from 23 April. 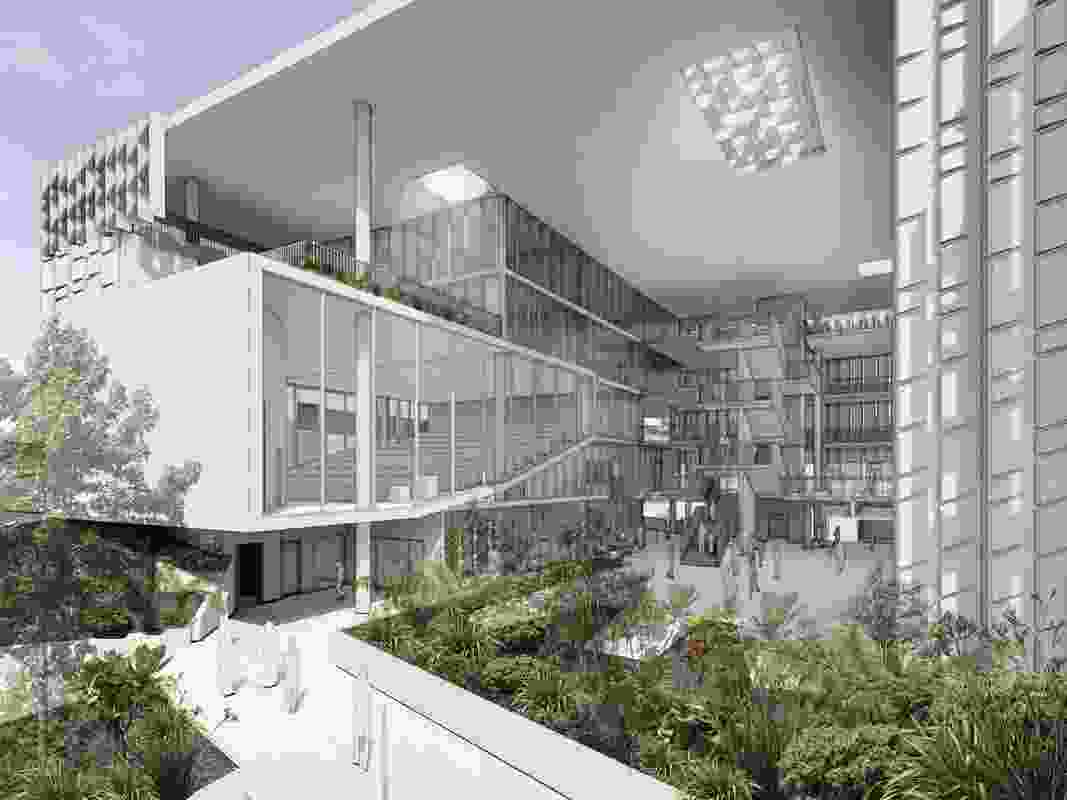 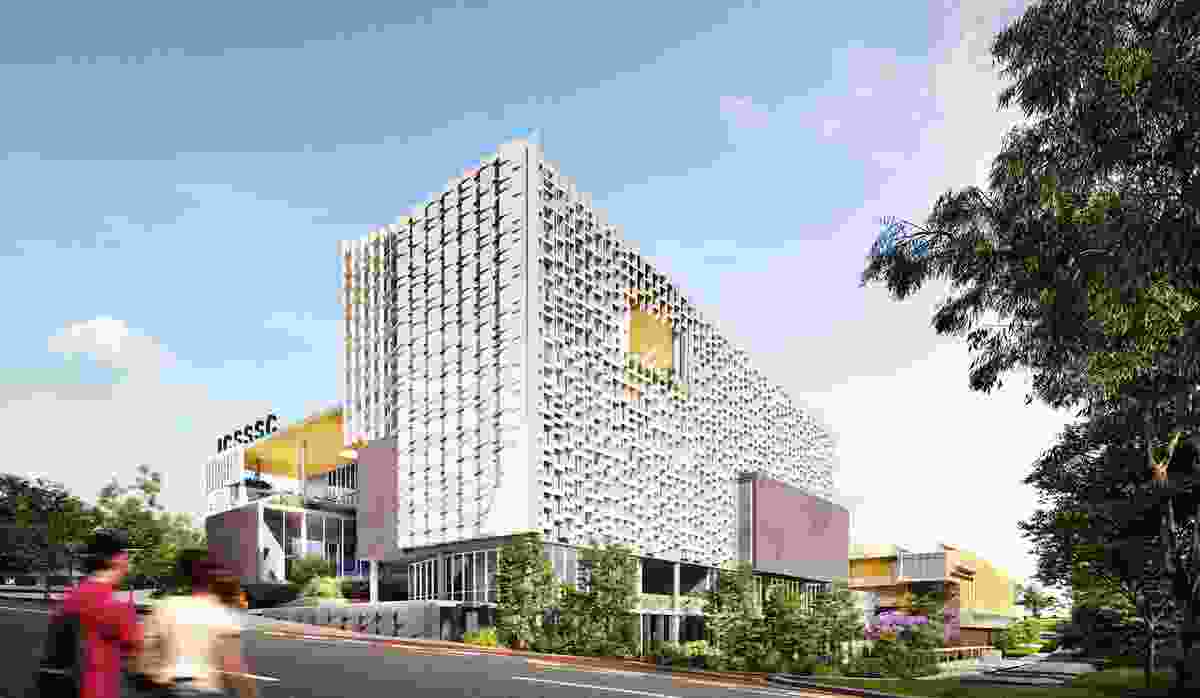 A view of the school’s creative hub from Annerley Road. 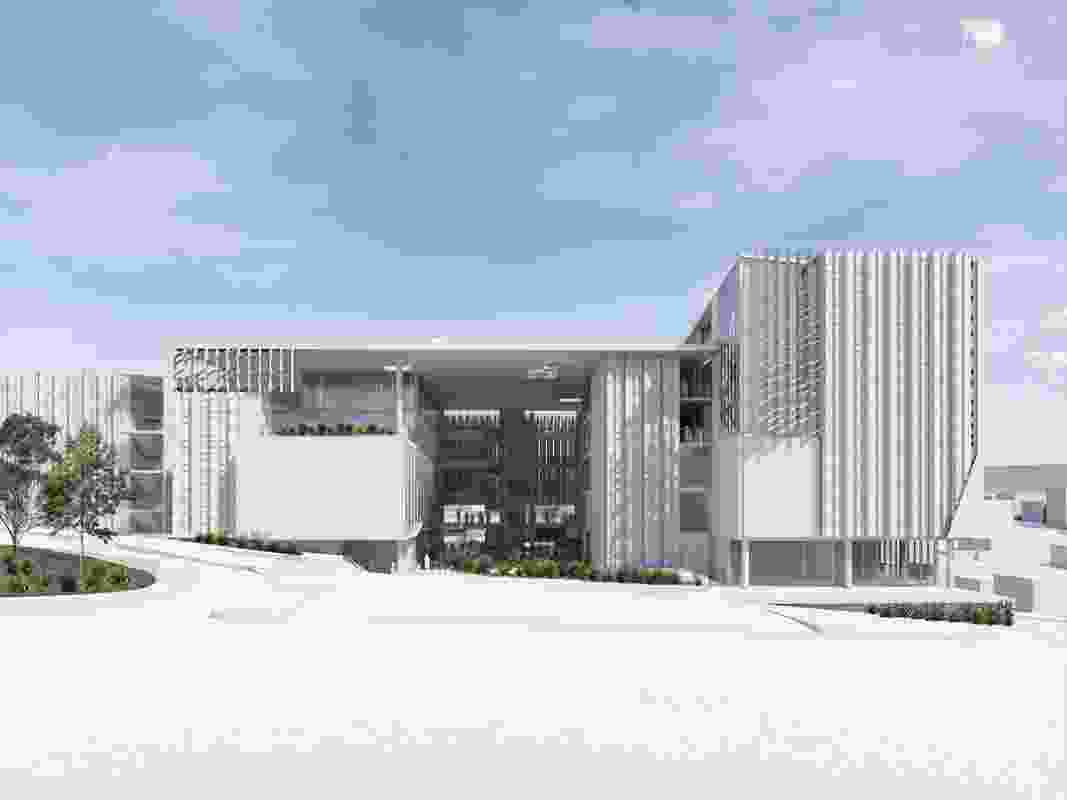 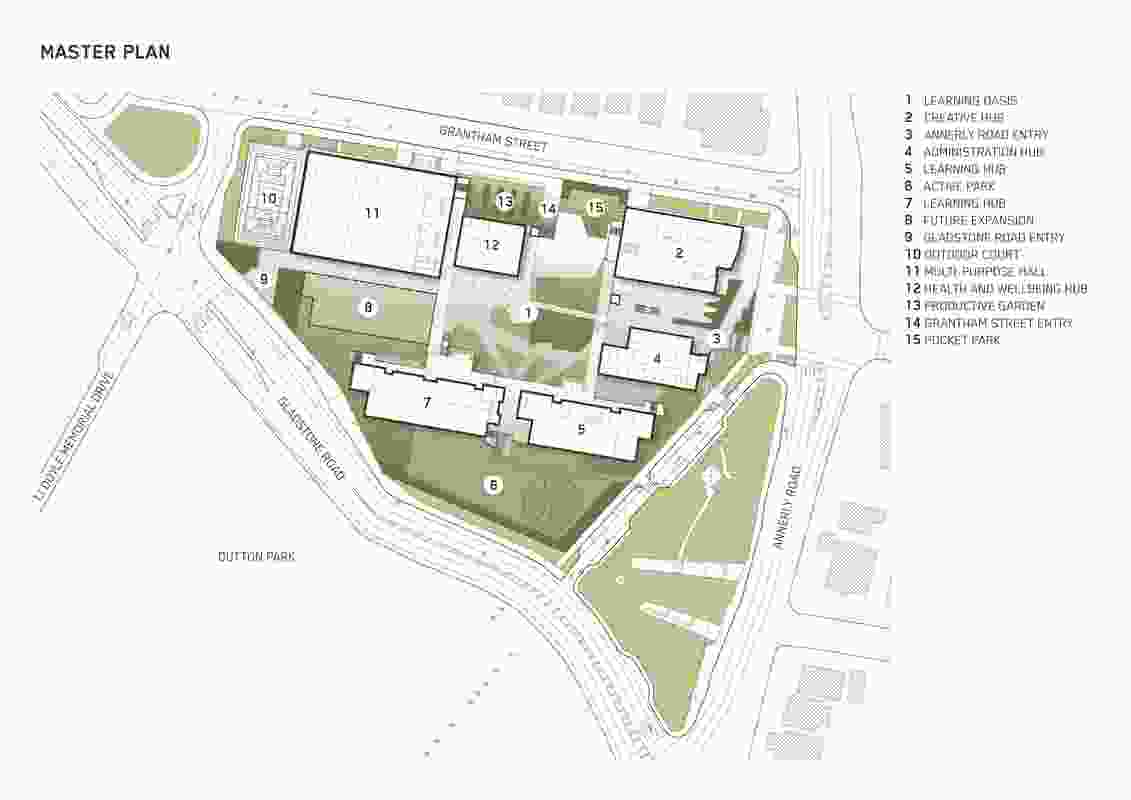