Conrad Gargett and John Wardle Architects, in joint venture, have been commissioned to design and deliver the Victorian Heart Hospital, to be located at Monash University in Clayton on a site adjacent to the Australian Synchrotron.

The integrated cardiovascular centre will become the first stand-alone heart hospital in Australia.

“Through innovative design, this state-of-the-art environment has the potential to transform cardiovascular disease treatment and prevention by […] bringing the various occupants together in imaginative ways.”

Meaghan Dwyer, a principal of John Wardle Architects and project director – architecture, said the joint venture architecture practices will be “focused on a robust design and delivery strategy [that] will bring together best practice in healthcare design and an empathetic design approach.

“We will lead the highly experienced, skilled and creative team to deliver the Victorian Heart Hospital. We will apply experience, imagination and knowledge to design and deliver this ground-breaking facility.”

The team has engaged US-based architectural author and critic Sarah Williams Goldhagen as part of the design process, which was facilitated by the Victorian Health and Human Services Building Authority.

Williams Goldhagen is author of the book Welcome to Your World: How the Built Environment Shapes Our Lives,which explores recent studies in cognitive neuroscience and psychology and how they relate to the built environment and well-being.

“It was of great benefit to engage with Sarah Williams Goldhagen, as her work reinforces the importance of design at all levels, and how the built environment shapes and influences our lives and well-being. Our intention is to apply this shared aspiration in the delivery of the Victorian Heart Hospital,” said Moore.

Dwyer added, “Ms Williams Goldhagen’s work gives us the context to understand how the aspects of the built environment interact to impact on our sensory perception and heighten the experience of built environments in positive ways.”

The Victorian government announced a commitment of $320 million towards the $543 million project in December 2017.

The proposed hospital will accommodate 195 beds, an emergency department, cardiac catheterization labs, specialist surgical and imaging facilities and tele-medicine services for Victorian, interstate and even international patients. The hospital with have capacity to provide 2,000 cardiac surgeries per year and 108,000 consultations and outpatient appointments.

It will also become a training facility for cardiac medicine, nursing and related healthcare professions.

According to the Heart Foundation, coronary heart disease is the single leading cause of death in Australia. In 2015, cardiovascular disease contributed to nearly 30 percent of all deaths in the country.

The design of the proposed hospital will include scope for the future expansion of the facility.

Completion of the Victorian Heart Hospital is expected in 2022. 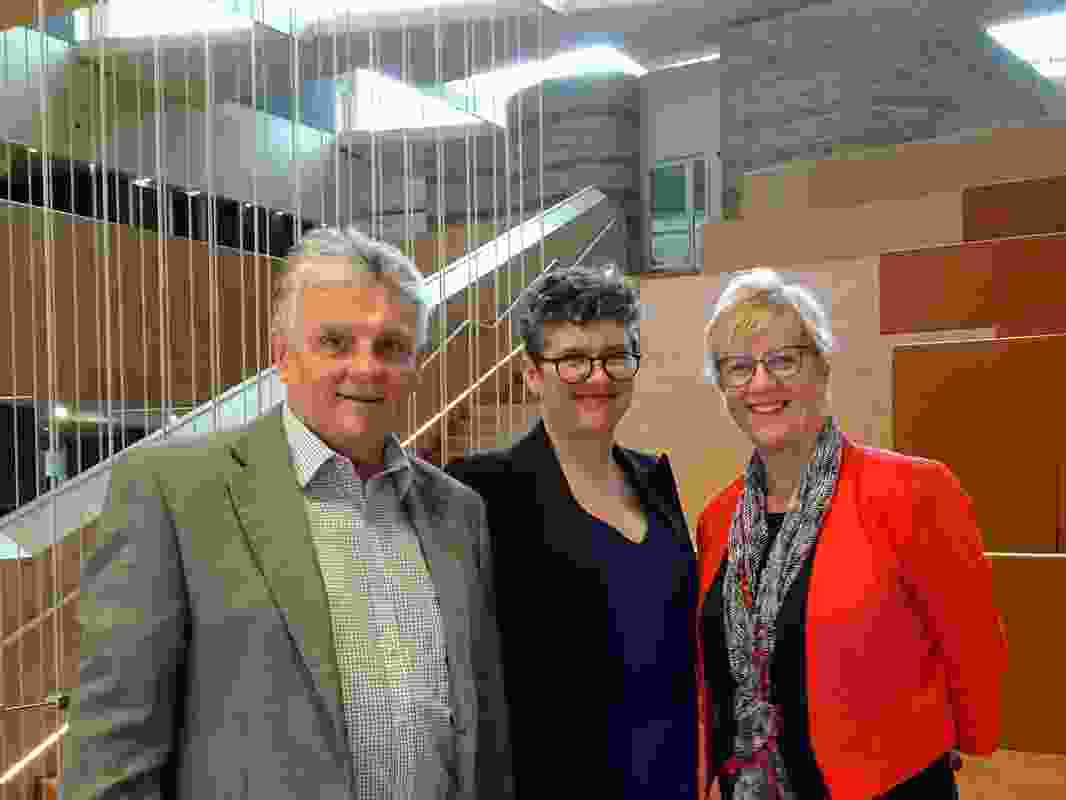