A testimonial to 2012 Gold Medallist Lawrence Nield by Joseph Rykwert.

When Lawrence Nield and I first met, half a century ago or more, it was to work together: Lawrence was preparing his thesis on the symbolism of the ancient Greek temple roof. What may now seem an arcane, even trifling, subject was chosen by him as the key to his intense involvement with the built environment.

Greek temple roofs were prominent elements in those buildings which have long been a touchstone of architectural excellence, and their double-pitched configuration seems a self-evident presentation of their inner wooden trusses. Except that these roofs were never trussed; occasionally, they were open to the sky, and their triangular pediments almost always served as a setting for mythological narratives offering a divine revelation.

Subtle though his understanding of the emblematic articulation of the temple roof may have been, Lawrence never lost sight of the part that it played in the organization of the whole temple, or of the temple as an urban phenomenon, as the unifying element of the Greek polis, the dominant but also integrating feature of a city. That any building must always be seen as an organic part of the environment in which it is set – and which it inflects – is already implied in those early historical studies, and it seems to me that one of Lawrence Nield’s great strengths has been the way he has assimilated that lesson into his work as a designer and a planner. All the buildings on which he has worked are evidence of the considered negotiation (however individual and isolated their situation might be) that they required to determine how their presence might modify or enhance the environment in which they are set.

This involvement is perhaps most conspicuous in the way Lawrence managed the whole Olympic Village site in Sydney, as well as the Sydney International Tennis Centre (which constant television exposure has made his best-known building) so that it is well set in the Village. The structure has been used to separate the circulation of the tennis stars from the public and also contributes to climatic control. Lawrence was able to absorb the lessons he learnt in Sydney and apply them to other Olympic buildings in Athens and Beijing.

One of the earliest projects on which Lawrence took a leading role was the Mt Druitt Hospital; in this, and in the later hospital buildings with which he was involved, he demonstrated his vital interest in dismantling the dreary, morose character of the institution through landscape settings, the manipulation of the plan and the use of specific materials. He was later able to emulate this approach in other healthcare buildings, such as at the Fairfield Hospital in Prairiewood or The Children’s Hospital at Westmead, but also adapted it, for example in the David Maddison Clinical Sciences Building for the University of Newcastle and in the vivid Diagnostic and Treatment Building at Canberra Hospital.

Many of Nield’s more successful works have been done for academies: including the library at the University of the Sunshine Coast, which has been much praised. But the new “entry” block for the University of New South Wales on Anzac Parade has been the most testing because of its awkward siting. The subtle management of levels and the integration of climatic restraints into a formal discipline have combined to provide what is almost a model of how such an element on a campus should be treated.

Universities, however fractious, are still relatively amenable clients. Much more surprising is Lawrence’s innovative treatment of army barracks. The skilful deconstruction of Lavarack Barracks in northern Australia is an exemplary treatment of a program that is usually a byword for dreary routine.

Lawrence’s adaptation and restoration of the very neutral Overseas Passenger Terminal in Sydney Harbour has made it one of the city’s most popular venues, while another routine building in which his humane approach has been very valuable is the Multi-User Terminal at Sydney Airport where he wisely accommodated a disorientating high-tech interior, articulating the neutral volume through the use of screens and canopies. In contrast, the National Australia Bank overlooking Victoria Harbour in Melbourne shows Lawrence operating in a business environment. This Melbourne building is the most innovative of his recent works for a very cooperative business client: he has turned the standard office high-rise on its side and given the bank a generous semi-public space, and not only at ground level.

In what is a brief commendation I might perhaps refer to two of his buildings for which I have a special affection: the Cook + Phillip Park Aquatic and Fitness Centre in Sydney, whose innovative structure supports a system of pools and paving that make its roof into a fine civic space in a sensitive area of the city, forming a complex piazza that serves both as the parvis of St Mary’s Cathedral and as the forecourt for the Australian Museum; and the National Science and Technology Centre in the great space that prefaces the parliament buildings in Canberra, which is a wonderfully tonic addition to the national capital, complex and inviting at the same time.

Looking back over the half-century of our acquaintance, I must admire the generous variety of Nield’s activities as a builder, the consistently high level of his achievement as a designer, his constant and intense involvement in teaching and in theoretical speculation, and his loyalty to that first vision of his. The organic articulation of his buildings, and his consciousness of the dialectic between innovation and cultural heritage, make him an exemplary figure of which the Australian architectural world should be very proud. 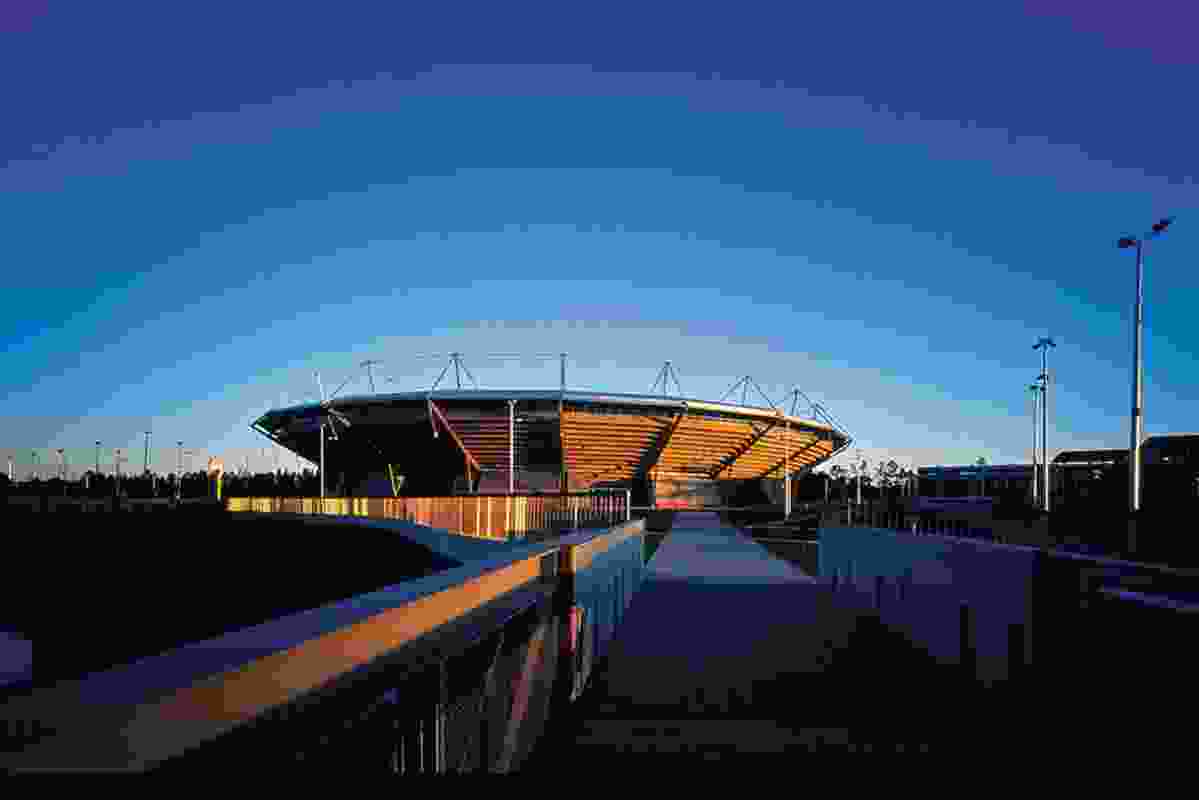