Construction has begun on an Islamic community centre in the Victorian city of Bendigo, which will include the region’s first mosque.

The project also includes a multipurpose centre capable of hosting sporting and cultural events. The Victorian government has made a contribution to this part of the project, with a $400,000 grant from its Multicultural Community Infrastructure Fund.

Designs for the centre, by GKA Architects, were revealed in 2016. The mosque is planned around a central courtyard – a reference to the design of traditional Syrian mosques. The courtyard will be covered, allowing for its use in all weather conditions.

“A lot of the clients come from Syria so we wanted to make sure we responded to their traditional built forms, yet not literally,” architect Asher Greenwood told ArchitectureAU in 2016.

The design also references architecture in Bendigo. Rather than the typical domed roof, the mosque will havea “curved pyramid” roof design inspired by the roof of the Bendigo Law Courts, designed by Public Works Department architect G. W. Watson and constructed in 1892-96. Greenwood said a bonus of this decision was that the shape of roof would be “easy to waterproof. A lot of the mosques in Melbourne leak like a sieve because they’re domes and the builders here aren’t too good at building domes.”

Although the centre was approved by the local council in 2014, the project has run up against sometimes violent opposition. Opponents of the mosque appealed the council decision to approve the building but the appeal was rejected by the Victorian Civil and Administrative Tribunal and the Supreme Court of Victoria. In June 2016, the High Court of Australia rejected the appeal based on “insufficient prospect of success.”

The City of Greater Bendigo received the 2016 Planning Institute of Australia Victorian President’s Award for its handling of what it called “the mosque crisis.”

Maree Edwards, member for Bendigo West, said “Bendigo is proudly multicultural – our great city would not be what it is today without the contribution of so many different cultures. Today’s milestone is a significant moment for the ongoing development of Bendigo.” 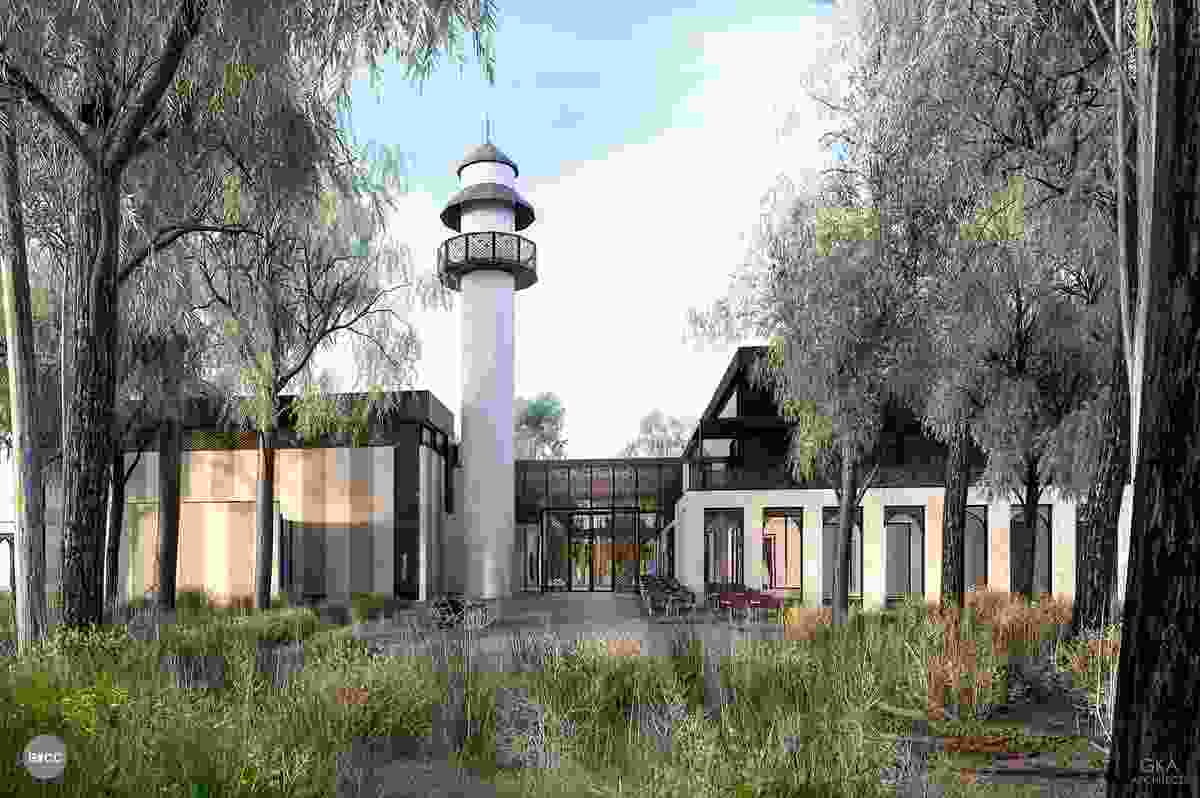 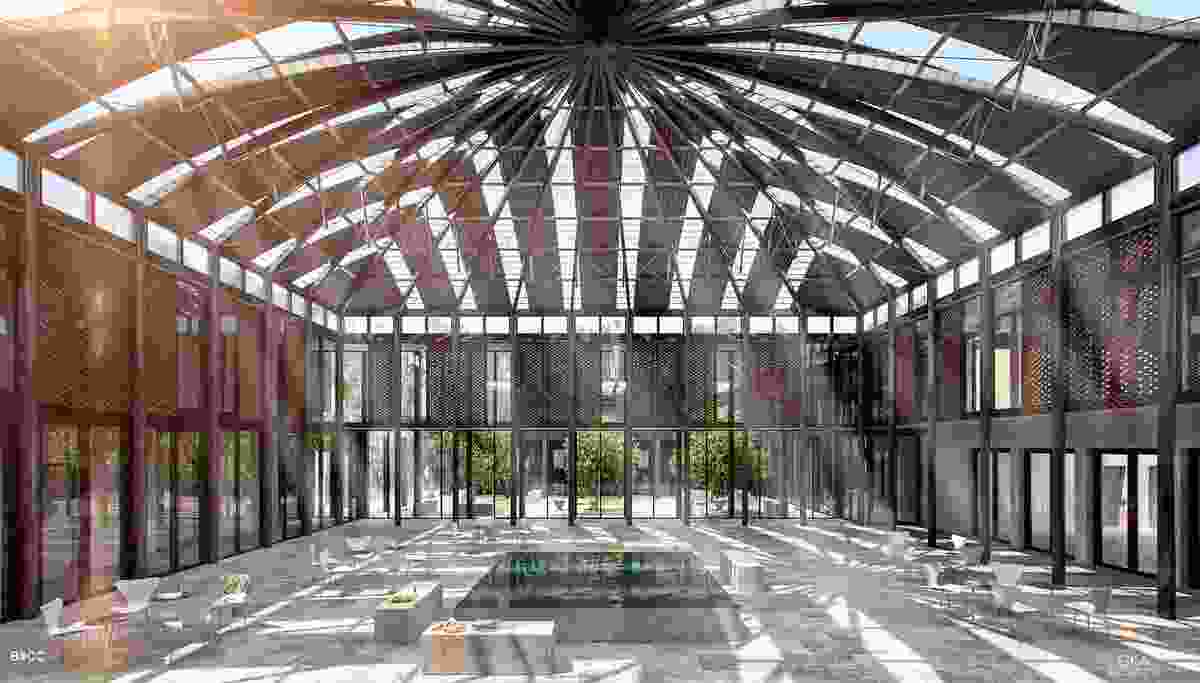 An enclosed courtyard will be at the centre of the proposed Bendigo mosque designed by GKA Architects. 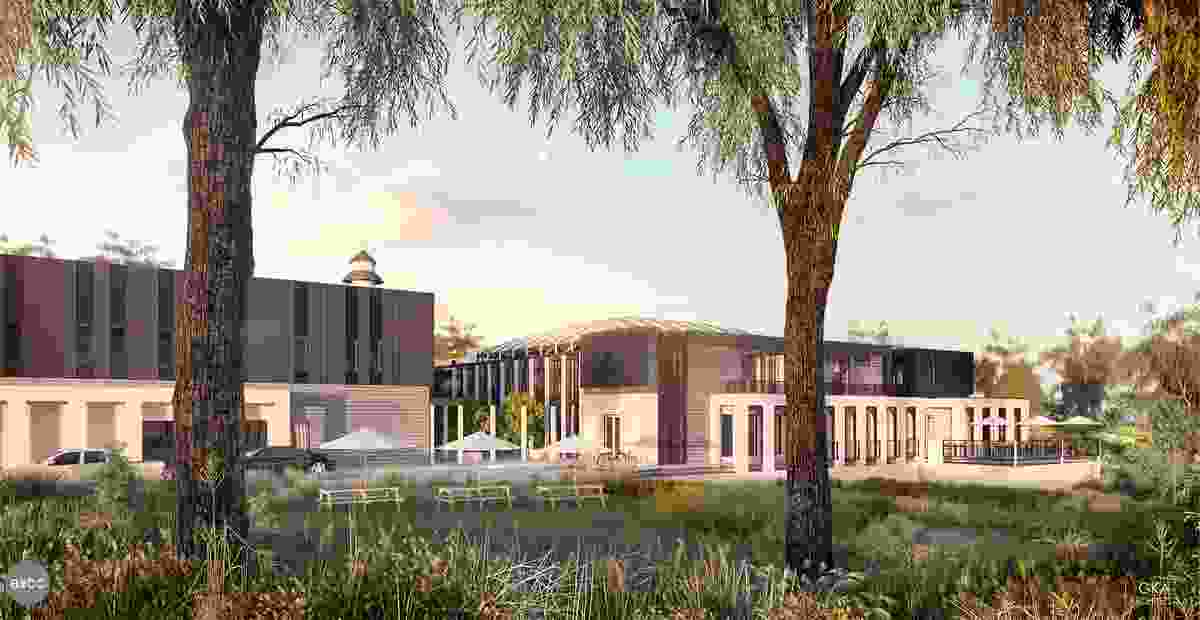 The proposed Bendigo mosque designed by GKA Architects will be a “non-monumental” building set in a valley.