Ground has been broken on the construction of an 8,000-square-metre public park in the industrial Fishermans Bend area of inner Melbourne, in anticipation of the renewal of a 450-hectare area that could be home to 80,000 people by 2050.

Hayball is the project’s principle consultant, with landscape architecture by Tract Consultants. The site of the eventual park, on Buckhurst Street, is at the centre of the Montague precinct – one of the five planning subdivisions that make up Fishermans Bend.

The state government announced in November 2015 that it had purchased land adjoining the under-construction South Melbourne Primary School on Ferrars Street for $19m for the creation of a new park. At the time, City of Port Phillip mayor Bernadene Voss said the park would be open by the time the school opened in 2018.

The park designs include a paved entrance area and extensive terracing. Other park facilities will be confirmed on the basis of consultation with the Ferrars St school and the wider local community.

“Open space is vital for Fishermans Bend as access to nature promotes health and well-being, particularly for apartment dwellers who don’t have backyards,” said Voss.

The park and school appeared in the Fishermans Bend Vision, a planning document released in September 2016 by the Melbourne and Port Phillip councils. The Vision set a benchmark of open space to be within 200 metres walking distance for all residents and workers.

Hayball and Tract are also responsible the design of South Melbourne Primary School at Ferrars Street, which was announced as Victoria’s first purpose-built vertical school in February 2016. The designs for the school won the World Architecture Festival’s Future Project of the Year award in the same year.

In 2016 six Fishermans Bend landowners proposed amalgamating their properties for the construction of an integrated six-tower development designed by Hayball that would have added 1,578 apartments to the Montague precinct.

Another Hayball-designed proposal near the park, on Gladstone Street, would involve the construction of three towers comprising 733 dwellings and has received planning approval. 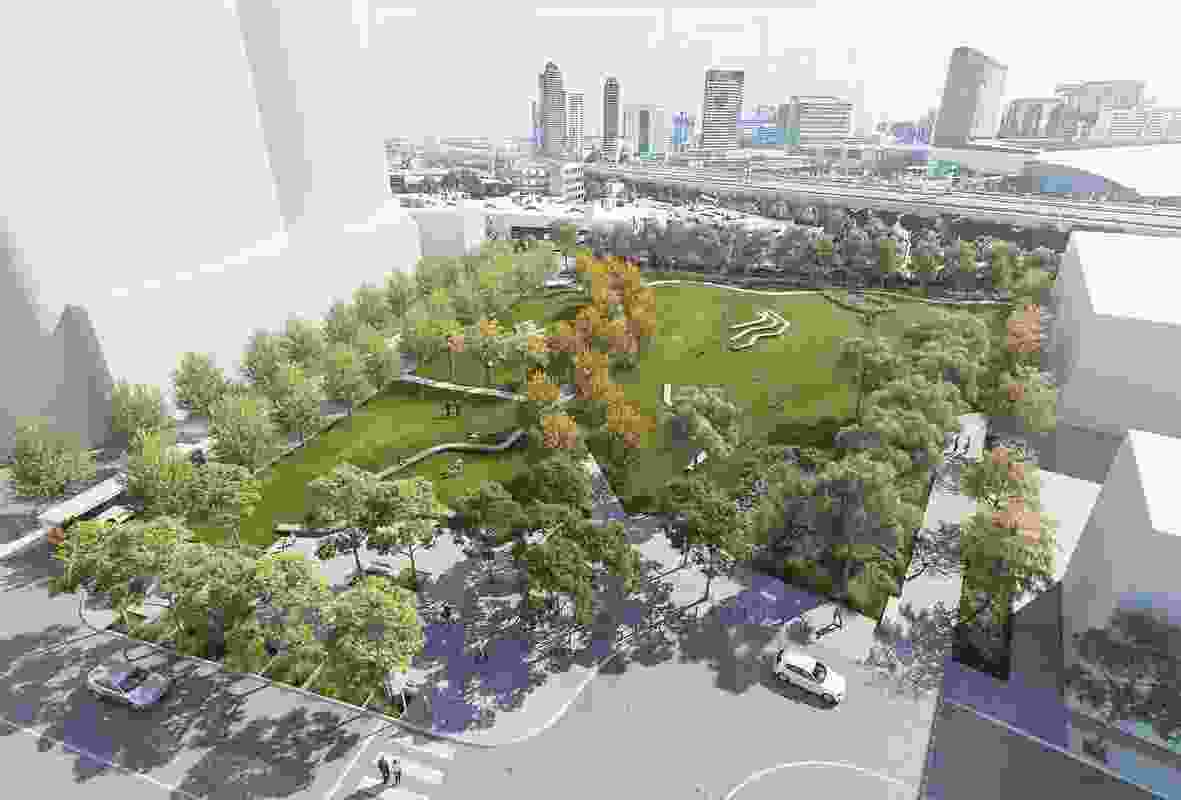