The first sod has been turned and construction begun on The Art Gallery of New South Wales’ $344 million Sydney Modern expansion project, designed by Pritzker Prize-winning Japanese architects SANAA, with Architectus as executive architect and McGregor Coxall as landscape architect.

The project will double the current exhibition space in the gallery, which will enable it to show more of its collection and host exhibitions from around the world.

SANAA won an invited competition for the project in 2015. The competition brief had called for a new building to be physically attached to the existing 1897 Vernon building of the AGNSW, designed by government architect Walter Liberty Vernon.

The gallery will eventually comprise eight interconnected exhibition spaces that step down toward the harbour, including a refurbished, decomissioned World War II-era oil tank.

SANAA’s Kazuyo Sejima said, “For a very long time, we have wanted to create in Sydney an inspiring building dedicated to art that will give visitors a special sense of place.”

“This is our first Australian building, and we are delighted it is now being realized. We look forward to the opening.”

The project has faced some scrutiny since it was announced. It was originally criticised for its size and choice of location – over a land ridge that forms part of the parklands of the Royal Botanic Gardens and the Domain. Former prime minister Paul Keating described that scheme as “a swollen lump of [a] megaplex on the bridge across the expressway,” but has been more supportive following an extensive redesign in 2017.

Richard Crookes Constructions was announced as the builder of the project in September. 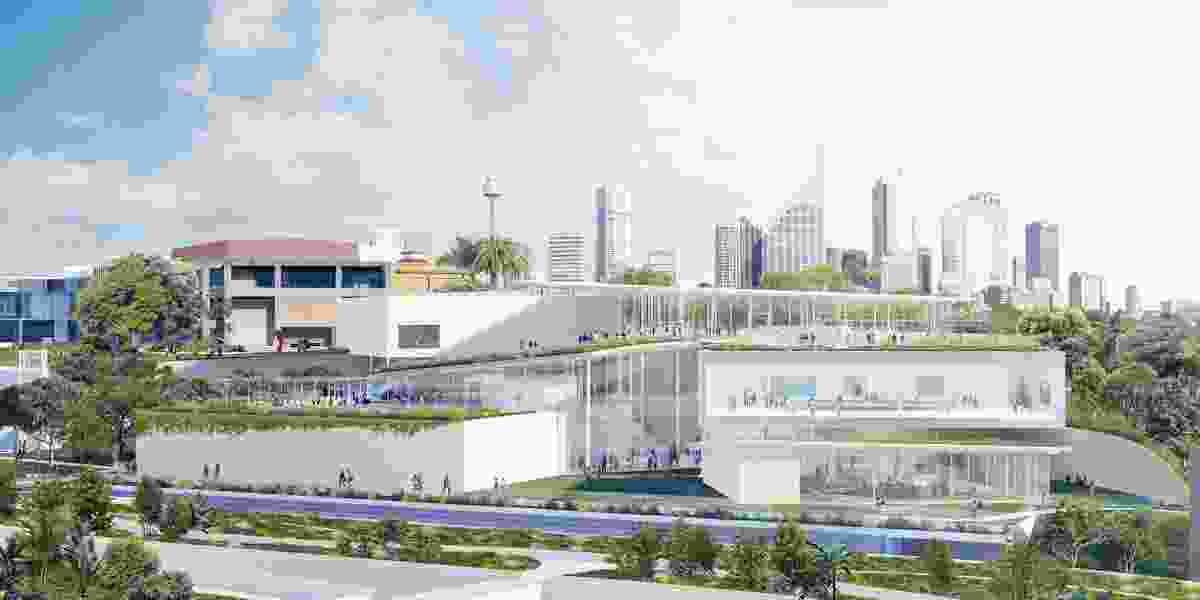