City of Sydney mayor Clover More has called for a complete overhaul of New South Wales’ planning system after the planning department recommended for approval a 183-metre office tower at Cockle Bay Wharf.

While initial designs have been prepared by FJMT, Tony Caro Architecture and Aspect Studios, the design team responsible will eventually be chosen through a competitive design process.

The tower will sit adjacent to a future public space known as Town Hall Square (THS), which will be located opposite the Town Hall and bounded by Pitt, Park and George streets.

In minutes filed on Monday 11 February, Clover Moore said the council had been planning the public space for “more than 30 years” and that it would be “the most significant addition of public space in the heart of our city for over a century.”

Moore noted that the square was one of the few locations in central Sydney that enjoys sun until 6pm, due in part to its proximity to the heritage buildings of the Queen Victoria Building, Town Hall and St Andrew’s Cathedral.

A draft planning document prepared by the council in 2016, which set out a comprehensive 20-year strategy, also called for the space to be protected from overshadowing by disallowing inappropriate development. Moore said the state government had since “sat on the plan for two and a half years and blocked the request by the City and CSPC [Central Sydney Planning Committee] to put it out on public exhibition.”

A spokesperson for the department of planning disputed that the strategy had been “blocked,” stating, “The department last wrote to council on June 2017 saying we supported the key objectives of the draft strategy but were concerned with elements, including the proposed 50 percent residential cap and employment floor space.

“Council responded in January 2018 with no changes to the strategy or the proposal. The department wrote again in May 2018 confirming the previous concerns remained and offered to work with council to progress the proposal and strategy. However, since this time council has not responded.”

Detractors of the proposed tower, including the City of Sydney, the National Trust and state independent MP Alex Greenwich, have raised concerns that the tower would overshadow the proposed square since the concept was first released.

However, the NSW planning department dismissed such concerns in its assessment report submitted to the Independent Planning Commission in January.

“Due to the central location of the future THS within the CBD and council’s existing controls, the department considers it unreasonable to protect solar access to the future THS after 4pm,” the report states.

The department also said the project would provide for “significant public benefits” and that the impact of the tower on view loss was acceptable.

The department has received 135 submissions in response to public consultations, including 24 submissions from government agencies and the City of Sydney. Of the 108 submissions from the public, 103 objected to the proposal, while two provided comment and three were in support.

In her fiercely critical missive submitted to council, Moore described the department’s acceptance of overshadowing from 4pm, as “a shocking admission about one of the most important future public spaces in the global city of Australia – especially in light of the NSW government’s recent announcement about the introduction of a minister for public spaces.”

Moore also took aim at several other controversial planning decisions made by the government, including the plan to demolish the Cox-designed Sydney Football Stadium, the proposed almost 10-fold increase of height controls at the site of the mooted Star Casino from 28 metres to 237 metres and the the proposed redevelopment of the Waterloo Housing Estate and Waterloo Metro Project.

“This type of planning is the very opposite of good development – something the city has strived to achieve with careful and consultative planning, as well as with our approach to liveability and design excellence,” she wrote.

“Despite obvious and significant issues, the NSW government continues to promote development on land that it owns […] that benefits the interests of the top-end-of-town disregarding community interest and the future liveability of our city.”

Moore’s submission, carried by eight votes to two, made a number of resolutions.

Council will now call on the state government to commit to “overhauling and reforming the NSW planning system to ensure transparency, consistency and consultation are the guiding principles.”

It will also call for an end to State Significant Precincts, State Significant Developments and confidential unsolicited proposals that seek planning outcomes (all measures that bypass local councils’ role in planning approvals) and ask the state government to urgently allow the council’s draft Central Sydney Planning Strategy to proceed to public consultation.

The Cockle Bay Wharf redevelopment is a project of Darling Park, GPT Wholesale Office Fund, Brookfield and AMP Capital Wholesale Office Fund. A public meeting on the proposal will be convened by the Independent Planning Commission on 5 March at the ICC Sydney Convention Centre.

A simultaneous proposal for the redevelopment of Harbourside Shopping Centre, on the other side of the bay, has also faced criticism. In a Sydney Morning Herald article, architect Philip Cox expressed concerns over the likely effects the developments would have on Darling Harbour, particular in the face of the proposed relocation of the nearby Powerhouse Museum. “Instead of being a cultural, people place down there, it’s going to become a very different place where exploitation of the real estate values, I believe, will reduce the urban amenity for Sydney, he said. 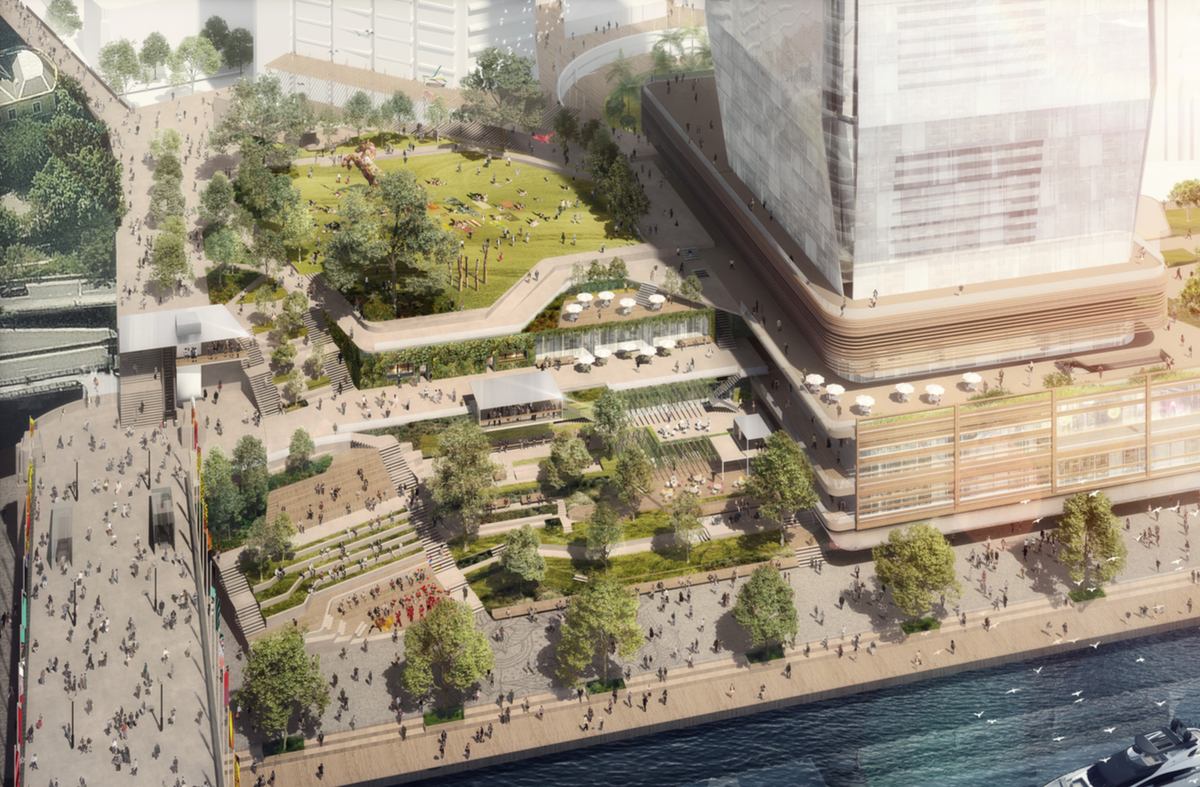 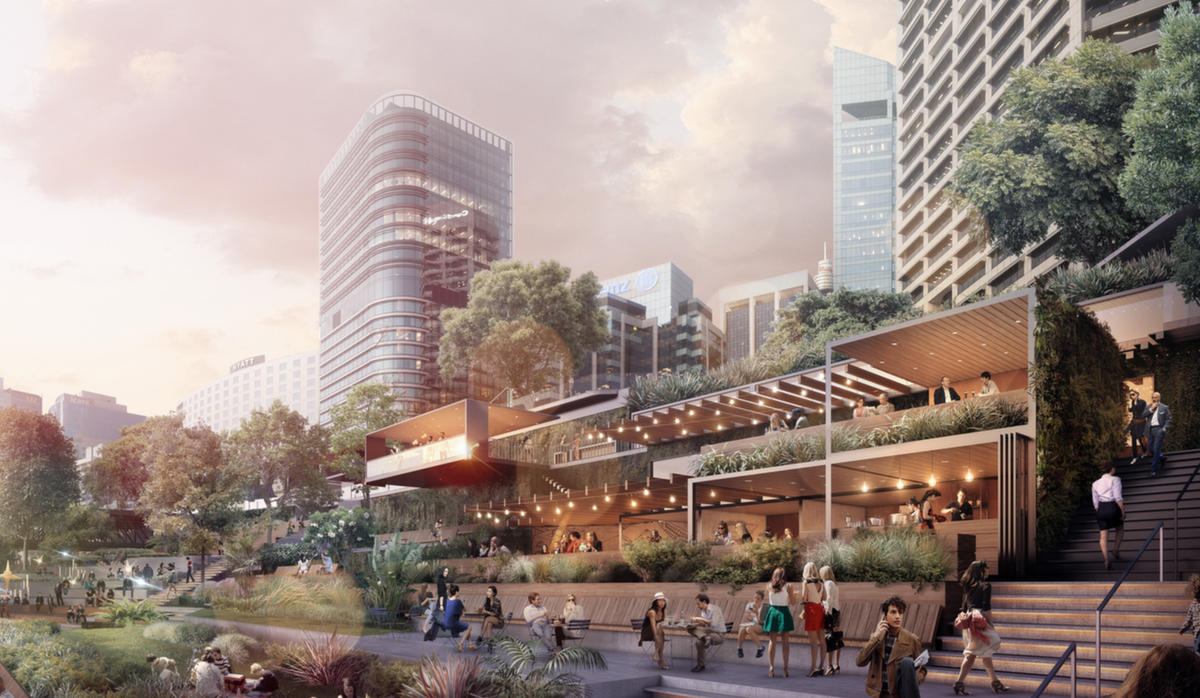 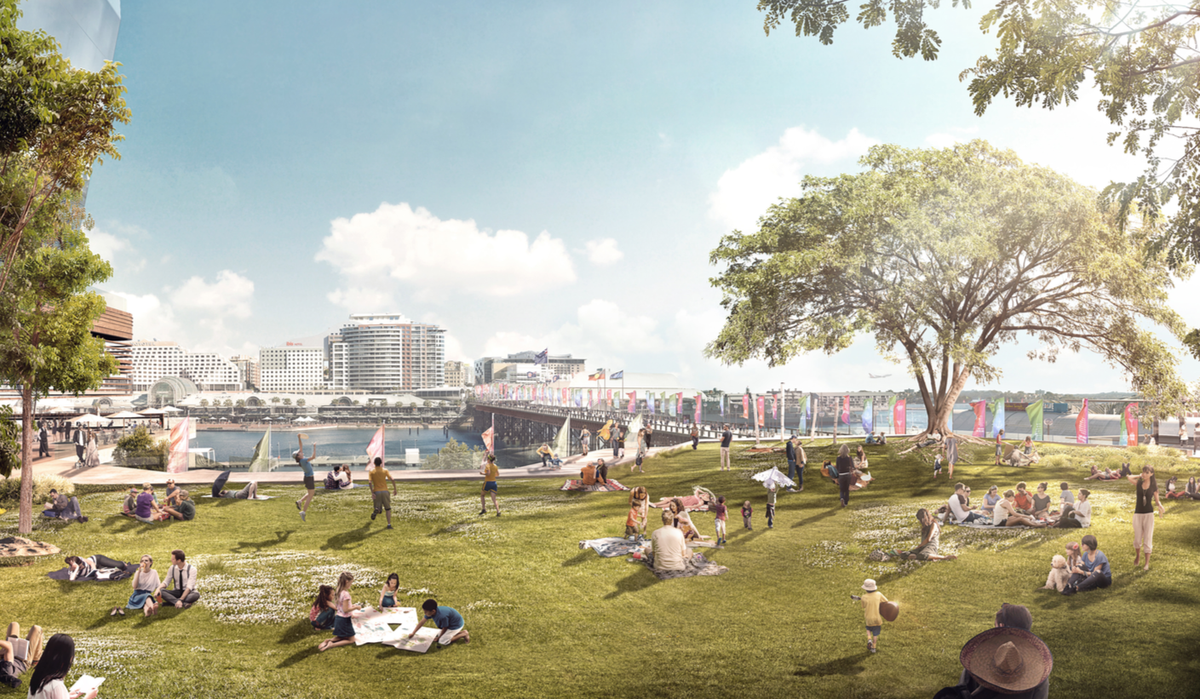