A massive 43-storey dual-tower complex will be built at Perth’s predominately low-rise Scarborough Beach, after the Metropolitan Redevelopment Authority (MRA) reversed its decision to disallow the project.

The design of the towers, by Hillam Architects, has been significantly updated since the initial rejection in late 2017, though the height of the development remains roughly the same.

Where the towers were initially to be 43 and 35 storeys respectively, the new proposal is for two towers of 43 and 33 storeys, housing 314 residential apartments and a 119-room hotel with conference facilities.

It will also include 4,924 square metres of non-residential floor space with a market hall, retail, food and beverage tenancies, an art gallery, a public viewing deck and a “WA Coastal Experience Centre.”

The original proposal would have accommodated 346 apartments, 158 hotel rooms, a convention centre and a public viewing deck.

The development will be more than double the maximum height allowed for the area, as prescribed in the MRA’s Scarborough Master Plan and Design Guidelines.

Those guidelines permit a maximum overall building height of 12 storeys, with the potential for an additional six storeys (to a maximum of 18 storeys) at the discretion of the MRA.

In its decision to approve the project, the MRA cited improvements to the design of the podium and ground-level interface with the public domain as well as a reduction to the overall development yield and gross floor area.

It also noted that of the 1,455 submissions made during the public consultation period 794 were in support (54.9 percent), while 636 were against the proposal (44 percent) and 14 were neutral (1 percent).

Those who made submissions were invited to make a deputation to the Scarborough Land Redevelopment Committee (LRC).

At a meeting on 19 June, the LRC received 25 public deputations, five in support and 20 against. The LRC also received a petition from the Sunsets Not Skyscrapers community group with 1,400 signatories requesting that the development be blocked.

Nevertheless, the LRC recommended that the MRA approve the project, noting that the revised proposal “would contribute positively to the development and future amenity of the Scarborough area.”

Hillam Architects describe the project as “a paradigm shift for Scarborough.”

The towers are proposed for the site of the former Contacio bar at the intersection of West Coast Highway and Scarborough Beach Road.

“The development seeks to capitalize on the prominent location and serve as a gateway to Scarborough – establishing the project as a landmark development for both the local community, and visitors from all over the world,” a design statement reads.

“Given its prominent location, the pedestrian experience and public amenity offered at ground level has been greatly considered. The building envelope is considerably set back and this space is given back to the public realm.”

Construction of the 3 Oceans Property project is expected to begin in January 2019.

A redeveloped Scarborough Beach foreshore, designed by Taylor Cullity Lethlean with UDLA and Arup, recently opened to the public. 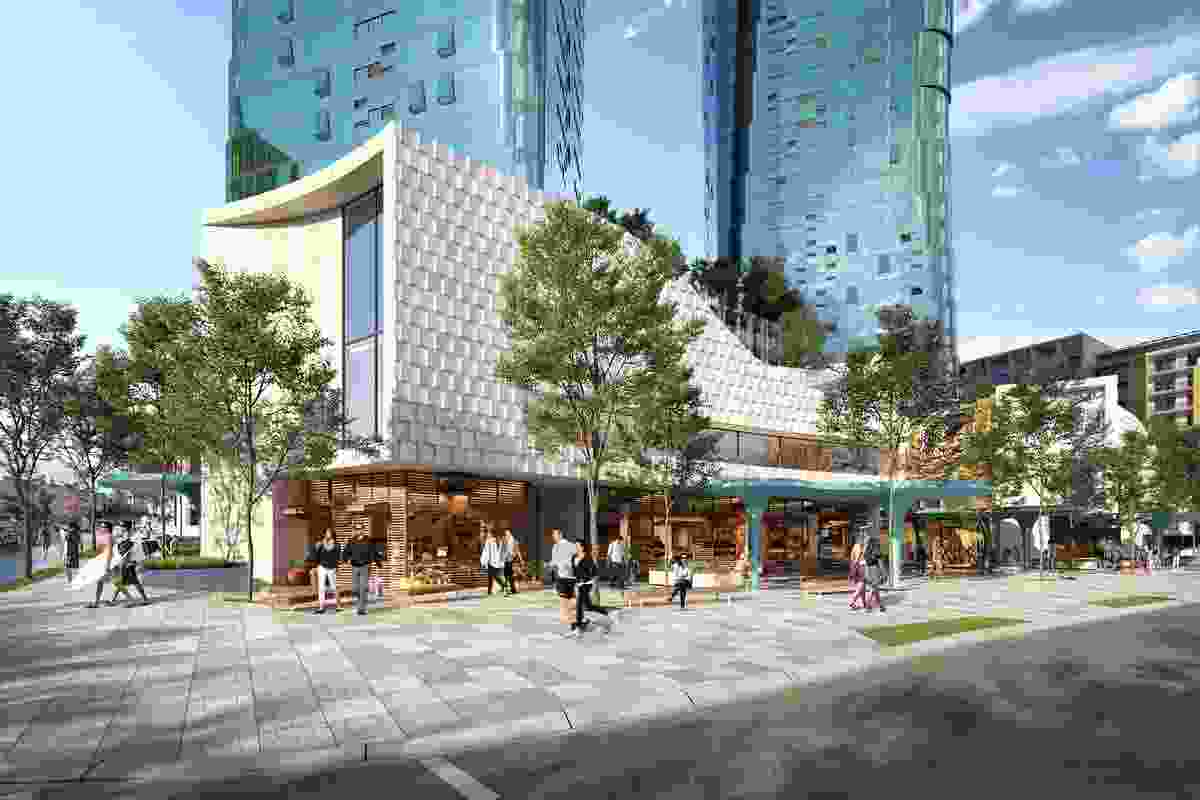 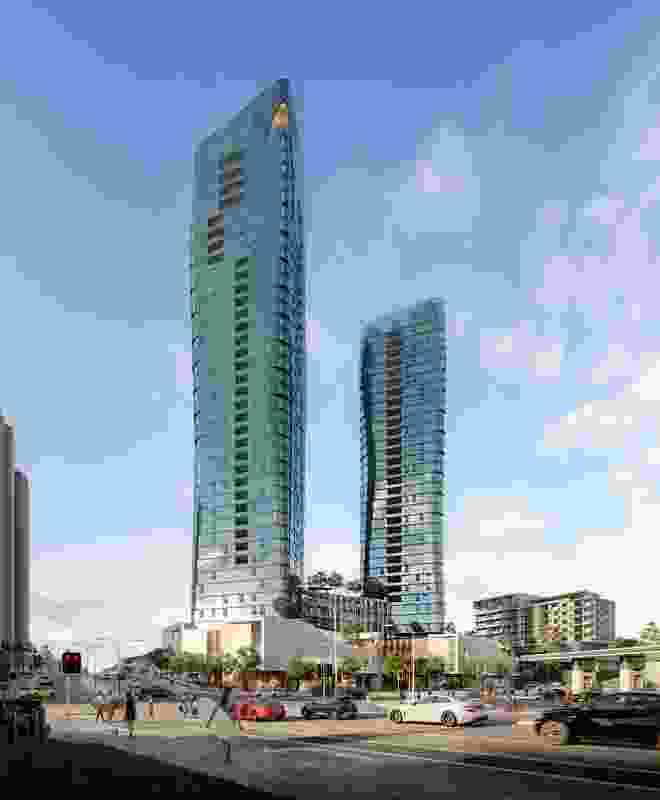 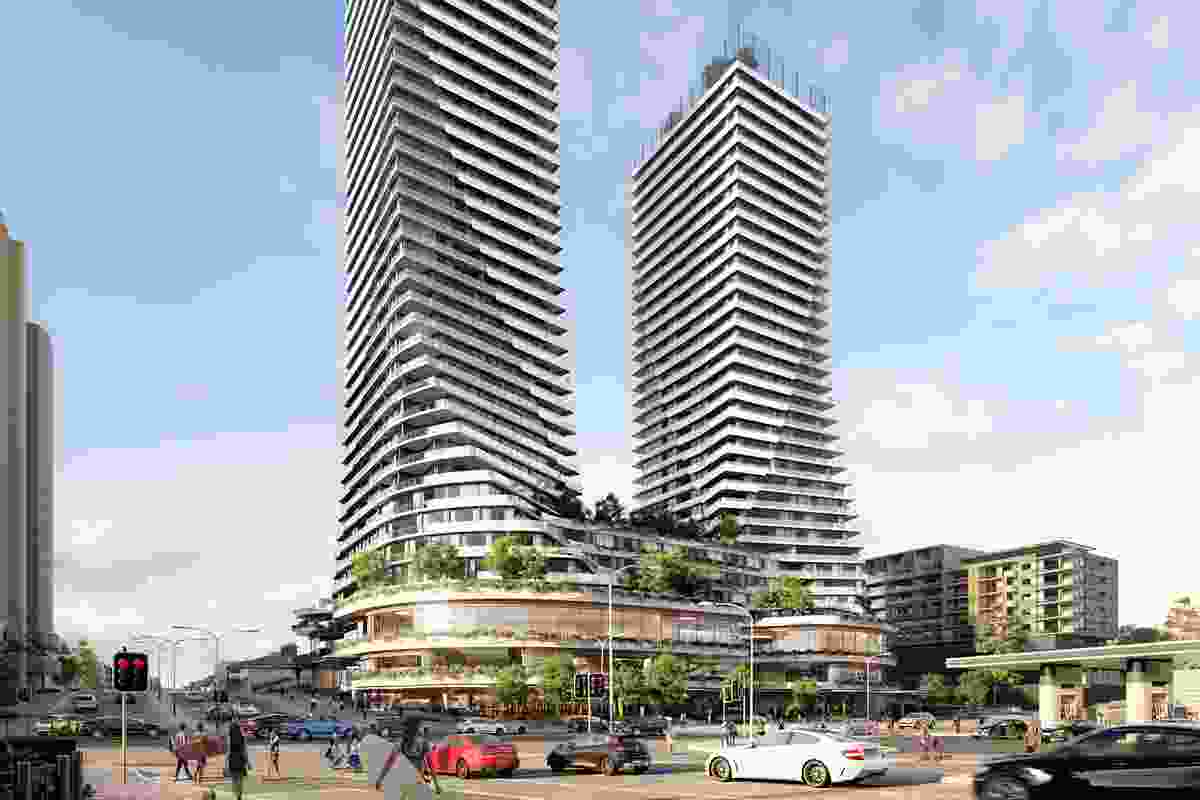