A group of private philanthropists want to take control of the publicly owned Cockatoo Island in Sydney Harbour and transform it into “a world class arts and culture destination.”

The group outlined its vision for the future of the World Heritage-listed site in a submission to an independent review of the Sydney Harbour Federation Trust commissioned by federal environment minister Susan Ley.

The group registered Cockatoo Island Foundation as a not for profit organization in May 2019 and in July, the group assembled a number of experts, including Sydney architects Dillon Kombumerri and Alec Tzannes, to develop a vision for the former convict island.

The vision would see the island renamed “Waremah,” as it is originally referred to by the traditional owners, the Eora people. Waremah means “women’s place” and the island was an important Indigenous site for women prior to European colonization.

The vision is inspired by Japan’s Naoshima, one of the “art islands” in the Seto Inland Sea with galleries and museums designed by Tadao Ando; Tasmania’s MONA designed by Fender Katsalidis; and the New York High Line designed by James Corner Field Operations, Diller Scofidio and Renfro, and Piet Oudolf.

The proponents want to transform the island into “a sustainable, world class arts and culture destination” with permanent art installations, temporary exhibitions and events and support new art by providing residencies across multiple disciplines.

The proponents also want to “rewild” some of the open spaces to encourage the growth of trees, create native gardens, bring back the cockatoos, and have quiet reflective spaces.

Waremah would become a “living island, infusing art, technology within an environment that [would ]offer a compelling ecosystem of reflective, interactive, historic and constantly evolving experiences for multiple generations,” the proponents said.

The founding directors also said “at least $100 million of philanthropic support will be required to turn Cockatoo Island into a globally recognized arts and cultural destination, in addition to necessary repair and refurbishment” and that it was prepared to “guarantee at least $80 million in philanthropic funding toward this project.”

“To achieve this vision, we believe new governance of Cockatoo Island is required,” the proponents said, “In our view, the current Sydney Harbour Federation Trust will be unable to take on a project of this scale and attract the resources to make it happen.”

They proposed a long-term lease of the site for which the Trust could set its own terms. In its submission the proponents said that the Trust considered the proposal a “potentially exciting opportunity” and was “attracted by the potential for philanthropic investment.” However, the Trust ruled out further discussions on a whole-of-site lease.

The Sydney Harbour Foundation Trust was established in 1998 to manage and rehabilitate a number of former Defence and Commonwealth-owned sites in Sydney Harbour, after community groups lobbied for the sites to be maintained as public spaces. The Trust manages 10 sites, including Cockatoo Island, Macquarie Lighthouse and Sub Base Platypus, which was redeveloped into a public park by Lahznimmo and Aspect Studios in 2018. 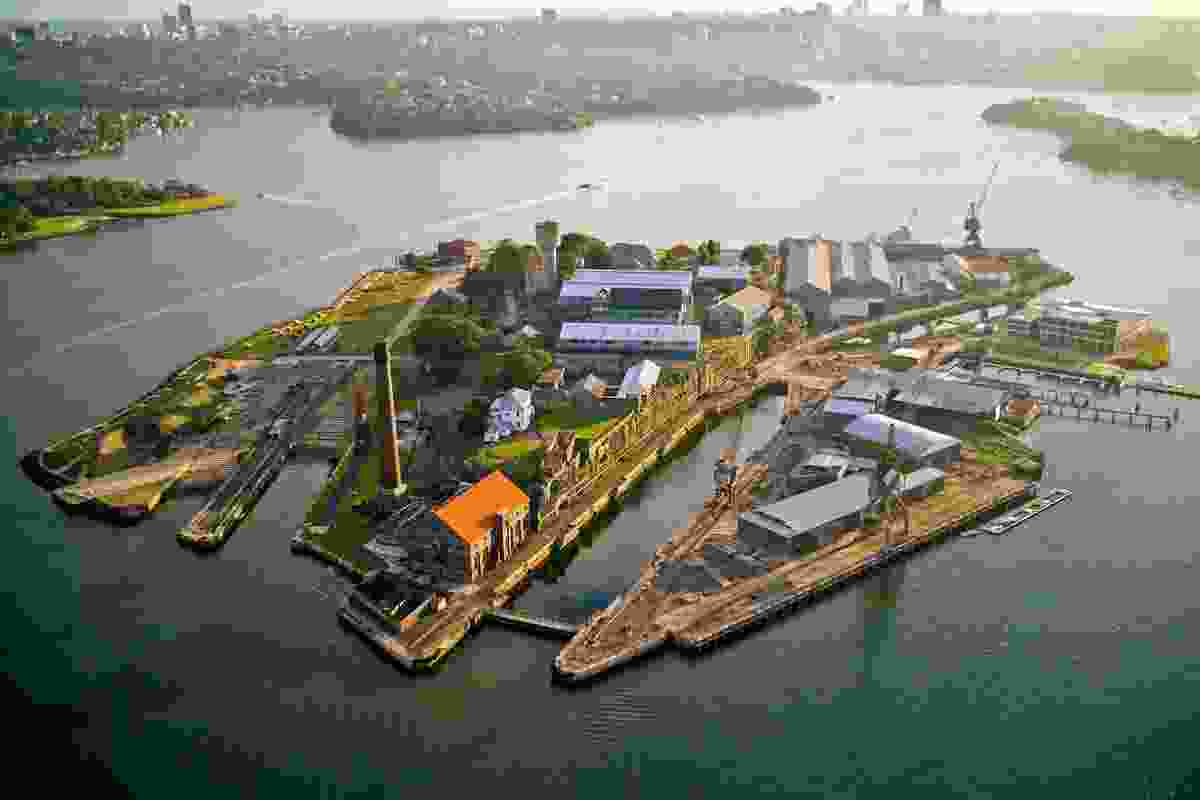