The City of Melbourne has unanimously supported the rezoning of a large riverfront site in a mostly industrial section of West Melbourne for a mixed-use development. Designed by NH Architecture and Woods Bagot with landscape architecture by Oculus, the development proposal comprises up to 750 new dwellings on the 2.8-hectare site as well as new 230-metre-long public space along the edge of the Maribynong River. The site is currently zoned for commercial use, which prohibits residential development.

At a meeting on 18 April meeting the Future Melbourne Committee voted to adopt the amendment to the planning scheme that would pave the way for the West Melbourne Waterfront proposal. The amendment will be submitted to the Victorian planning minister, Richard Wynne, who will make a final determination. The West Melbourne Waterfront proposal was first made by developer Perri Projects in 2015.

Due to the size of the project and the character of the area it is proposed for, an independent panel was appointed by the minister to consider submissions and make recommendations on the project.

The site is bordered by the Maribynong River, a railway line and Kensington Road and is currently occupied by a food manufacturing facility. Design proposals submitted to the council in September 2016 comprised four structures housing residential and retail space of varying heights, with the tallest building up to 14 storeys high.

A representative of the developers told the panel, “The subject land’s designation as part of an ‘emerging’ urban renewal area under Plan Melbourne […] is clearly significant in assessing the strategic merit of the amendment.”

Plan Melbourne encourages urban renewal within locations near to Melbourne’s city centre. The West Melbourne Waterfront is located between the Melbourne CBD and the Footscray Metropolitan Activity Centre, another area highlighted in Plan Melbourne for urban renewal, residential density and more intensive development.

A number of other development projects are underway in the local area, including a development in the Joseph Road precinct on Hopkins Street designed by Peddle Thorp, which includes a 32-storey tower.

The proposal also drew support from Melbourne Water, the Port of Melbourne Corporation and the Victorian Planning Authority. Public Transport Victoria also supported the rezoning of the site on the grounds that it was well connected to existing public transport services.

However, the panel reported opposition to the proposal from environmental planners and local businesses who expressed concern that the consequences of establishing a residential development in the heart of a largely industrial area had not been adequately considered.

The Environmental Planning Authority (EPA) expressed concern over exposing residents to pollutants, odours and noise generated by nearby industrial operations and recommended that a more thorough risk assessment be carried out. While the EPA acknowledged that the site sits in an area earmarked by Plan Melbourne for renewal, it questioned whether the rezoning would lead to the redevelopment of nearby industrial sites. Near to the site are the Melbourne Seafood Centre, Tasmanian Pacific Oyster Company, a waste transfer station, a recycling centre, a concrete batching plant and a brick seller.

The EPA’s submission to the panel said, “A possible outcome is that this area is not entirely developed for mixed use purposes and may stay industrial for some time. It is [the] EPA’s view that it would not be acceptable to place future residents in a situation with amenity impacts for an unknown time frame.”

The nearby Melbourne Seafood Centre, a seafood processing facility, said in a submission to the panel that is was concerned over being scrutinized by future “residents of the proposed development who may have unrealistic expectations of amenity.” The seafood centre begins trading at 4.30 am and stays open late into the night.

The panel also considered expert evidence on the urban design of the proposal. DKO principal Koos de Keijzer appeared for the City of Melbourne and was critical of the proposed built form’s bulk, lack of fine grain and the way it does not follow the river edge, “resulting in a series of triangular spaces and a potentially confused ground plan,” according to a summary of de Keijzer’s evidence.

De Keijzer also suggested that no analysis of the visual impact of the proposed buildings from other sites, including the Heavenly Queen Buddhist temple on the Footscray side of the river, had been carried out. “Elevated, the built form could appear rather amorphous and overbearing,” de Keijzer said.

The proposal to amend the planning scheme was nonetheless recommended for approval by the City of Melbourne’s planning officers and councillors voted unanimously in support of the amendment. 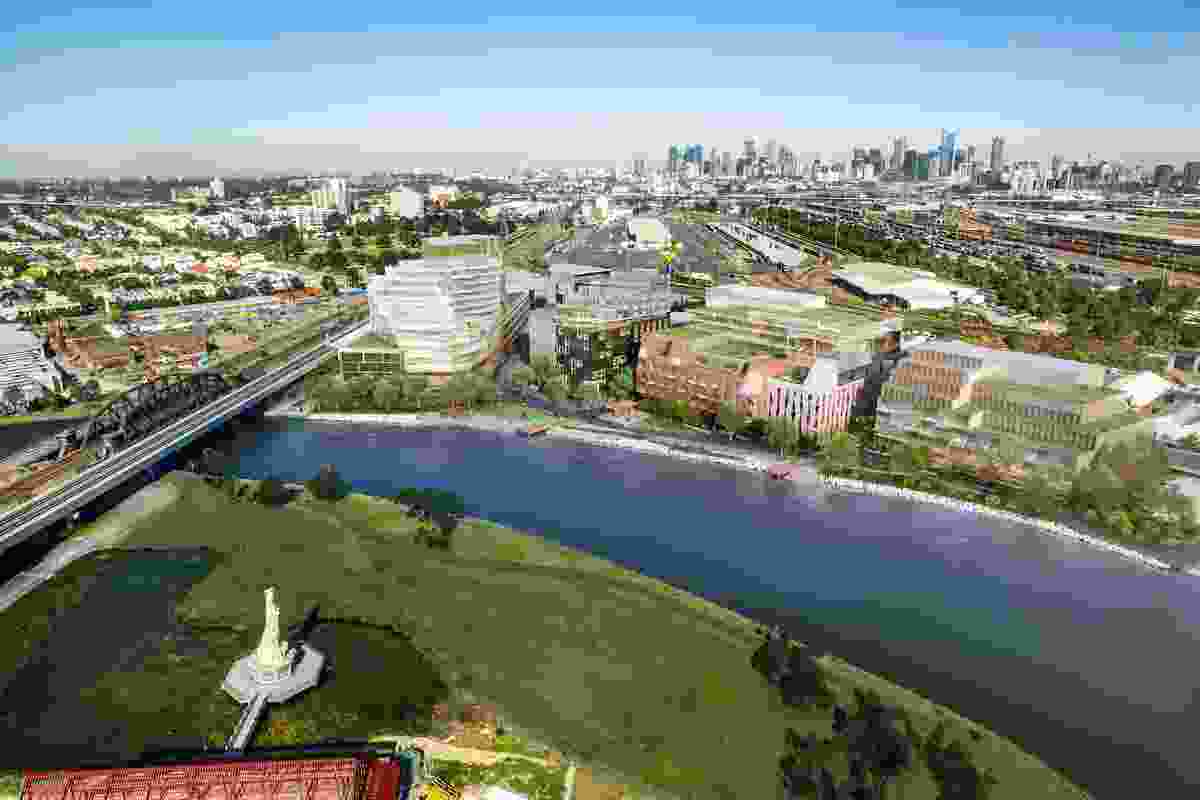 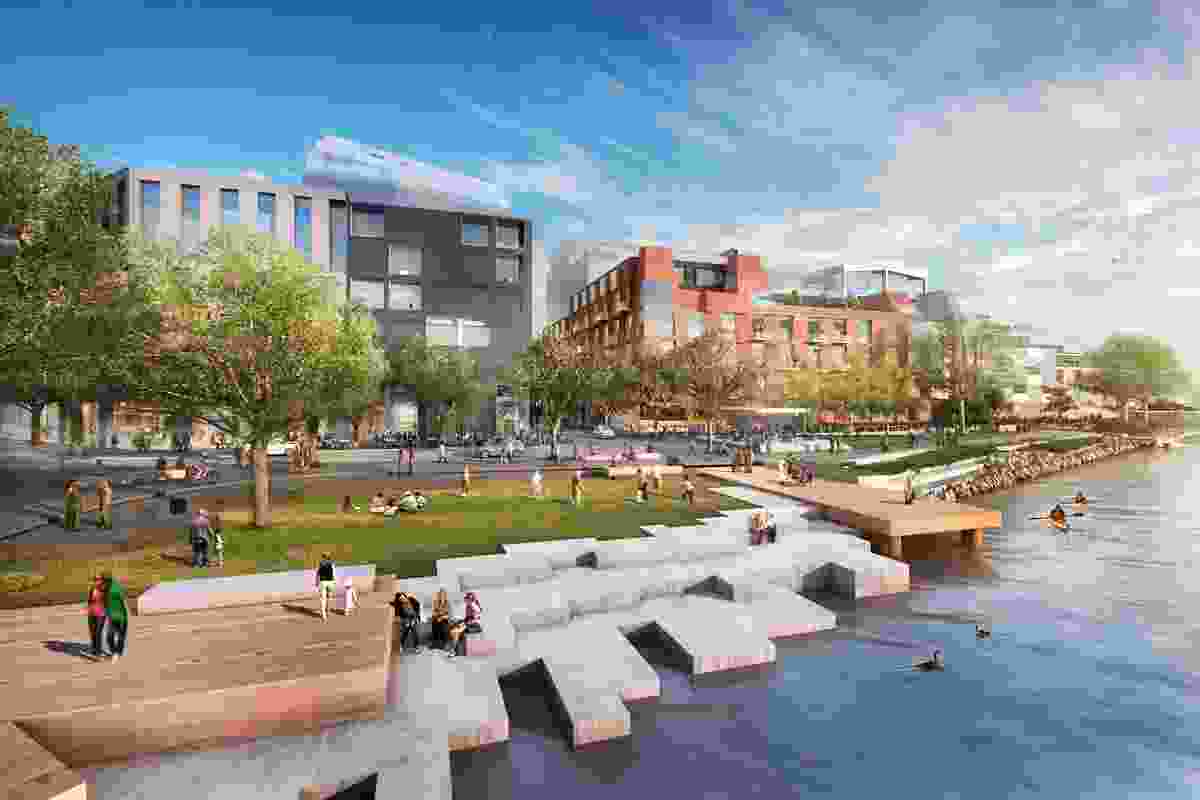 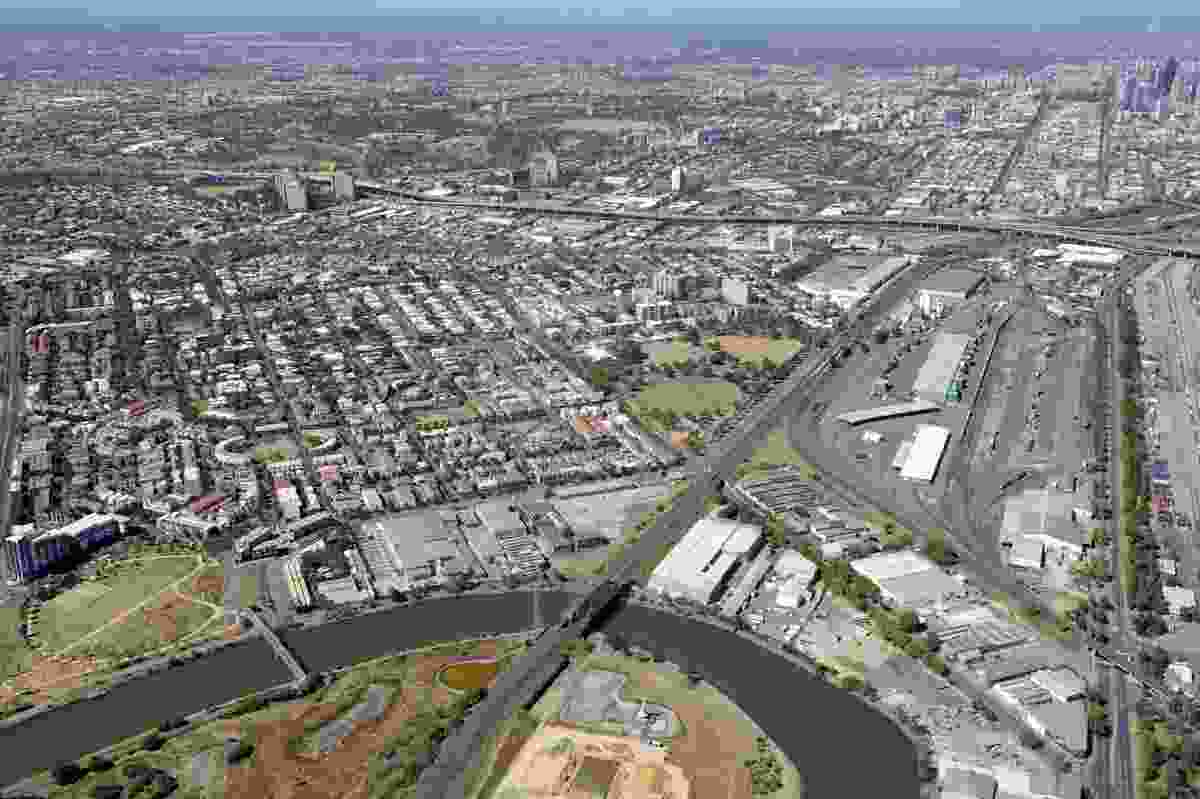 The proposed West Melbourne Waterfront site in its current state.