An early depiction of the Heatherton Road/Noble Park Station and the surrounding public space.

The Victorian state government has revealed details of its $1.6 billion plan to elevate sections of the Pakenham-Cranbourne train line in order to remove a number of level crossings. Under the plans, Cox Architecture has designed five new train stations and Aspect Studios has designed the swathe of new public spaces that will be created through the elevation of parts of the line.

However, the Planning Institute of Australia (PIA) has criticized the project for its lack of community consultation, suggesting that it hasn’t undergone a sufficient planning and engagement process.

Nine level crossings will be removed in line with promises the Andrews government made prior to the 2014 election, and five new stations will be built along the line including Carnegie, Murrumbeena, Hughesdale, Clayton and Noble Park.

The three sections of elevated rail will result in an additional 225,000 square metres of public space, which will be used for new parks, sports facilities, playgrounds, car parks and other uses to be decided by local communities.

Cox Architecture and Aspect Studios were part of a consortium that also included construction group CIMIC and developer Lend Lease.

“They have developed a world-class elevated rail solution that delivers on the project objectives to provide safer, connected and more vibrant communities and create the best urban design and architectural outcomes,” the Level Crossing Removal Authority CEO Kevin Devlin said.

Some significant public backlash has occurred, including a number of protests. The government said that public consultation has been carried out since April last year, and that the involvement of members of affected communities will continue. A “Your Suburb, Your Say” online engagement portal has been set up to collect feedback.

The PIA’s Victorian president James Larmour-Reid said that while elevated train lines can “provide an acceptable solution in appropriate circumstances,” strong communication from authorities early on is essential.

“In this case, the transparency of the project conceptualization appears to fall well short of adequate,” he said.

Larmour-Reid said that governments have a responsibility to be transparent and consultative.

“These are city shaping urban investments that will be in place for generations; local stakeholders deserve the opportunity to be involved in this type of legacy project,” he said.

“Emphasis must be placed on high quality urban design, responsiveness to context and acceptable amenity outcomes, whether the solution is above or below ground. Done well, these projects have the potential to not only address transport bottlenecks, but lead to positive local transformation.”

Construction on the project will begin this year, and the expected completion date is sometime in 2018. 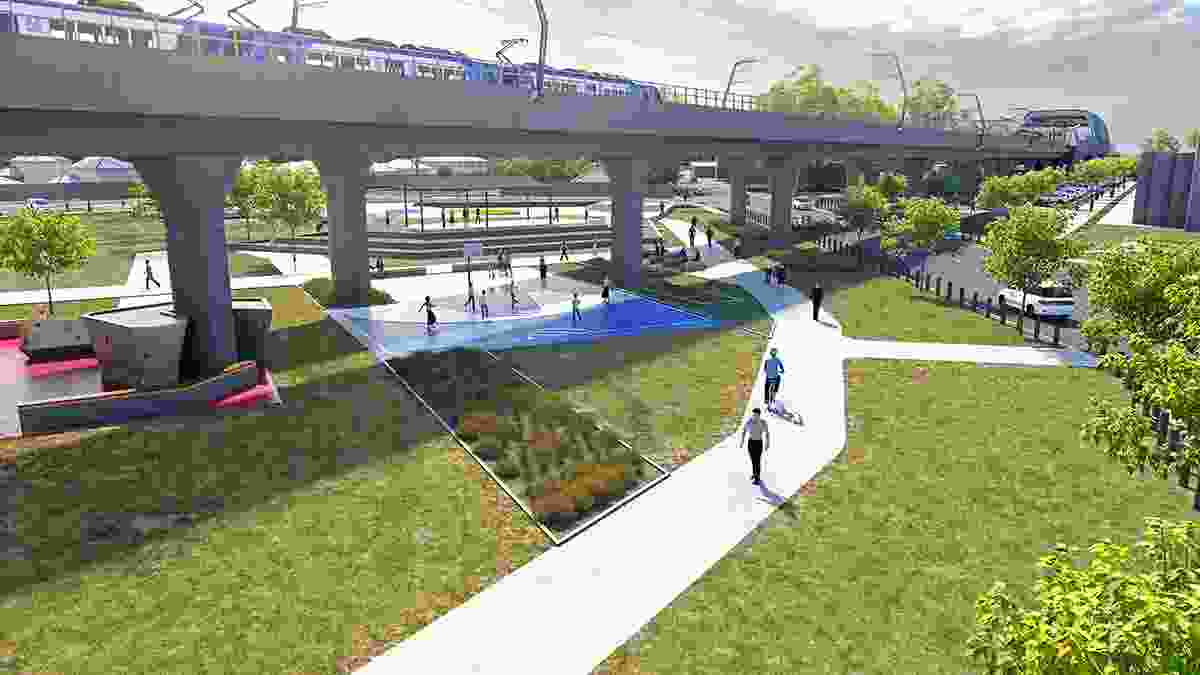 An early depiction of the Heatherton Road/Noble Park Station and the surrounding public space. 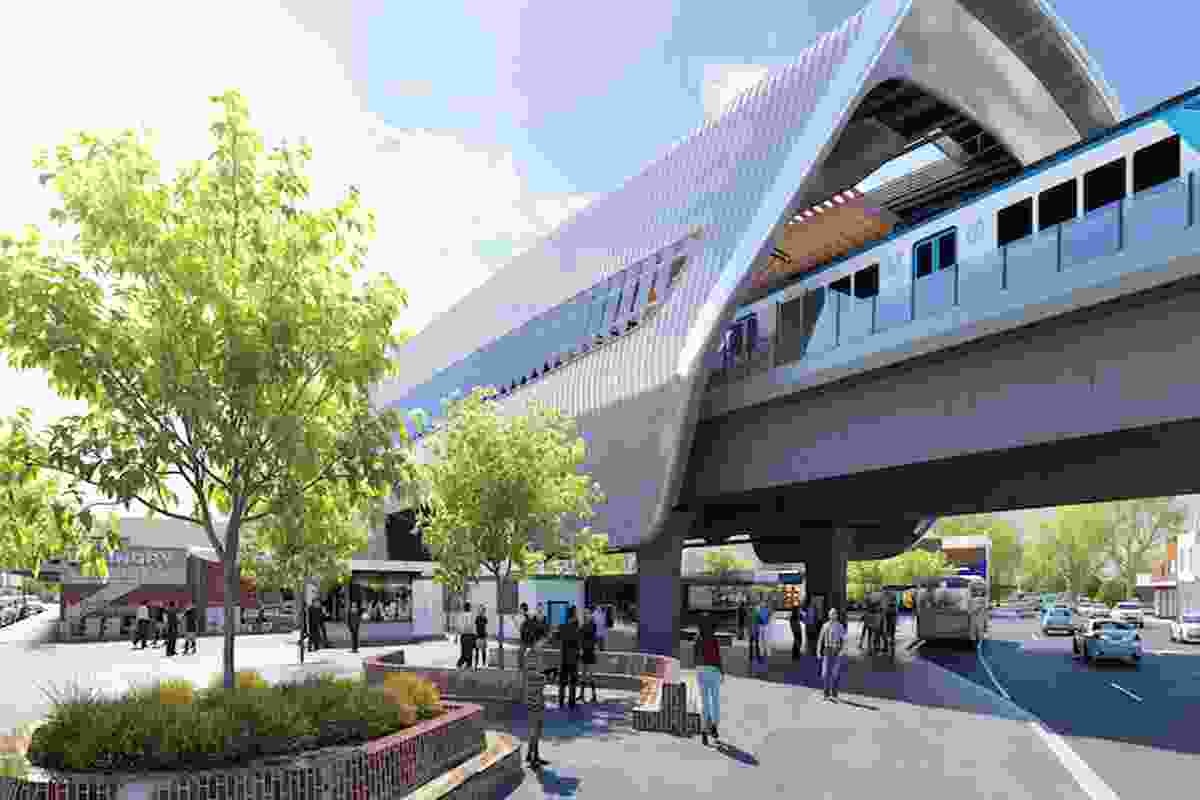 The design for Murumbeena Station by Cox Architecture. 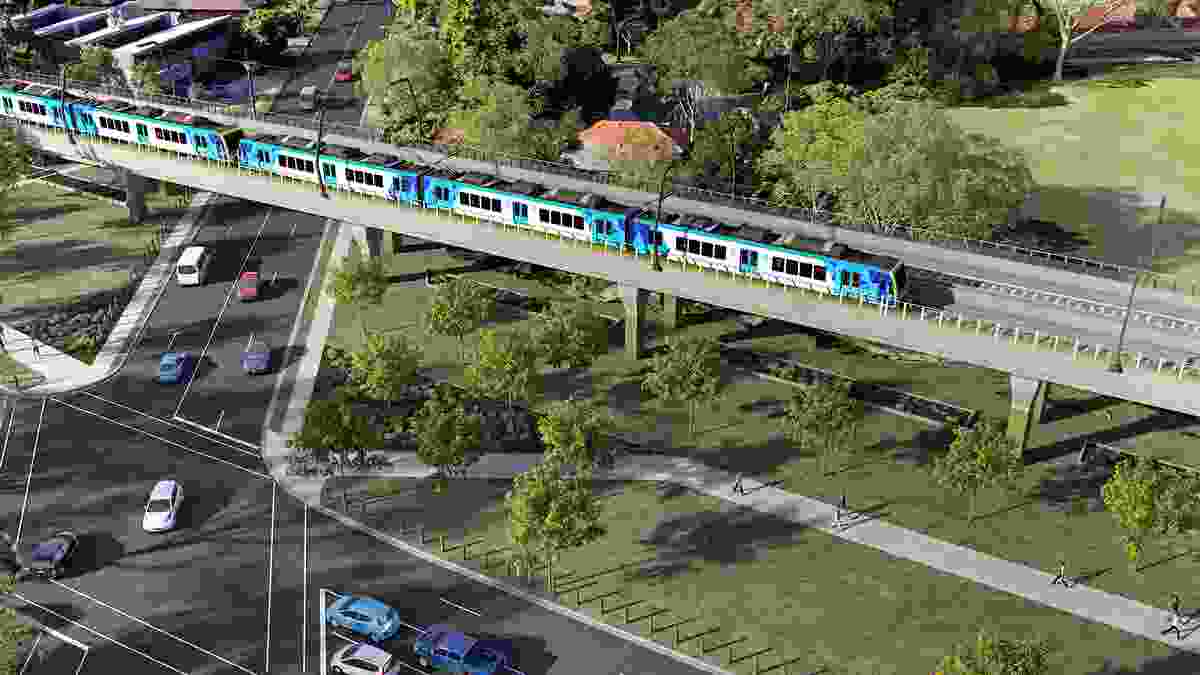 Designs for a section of elevated rail along Corrigan Road in Noble Park. 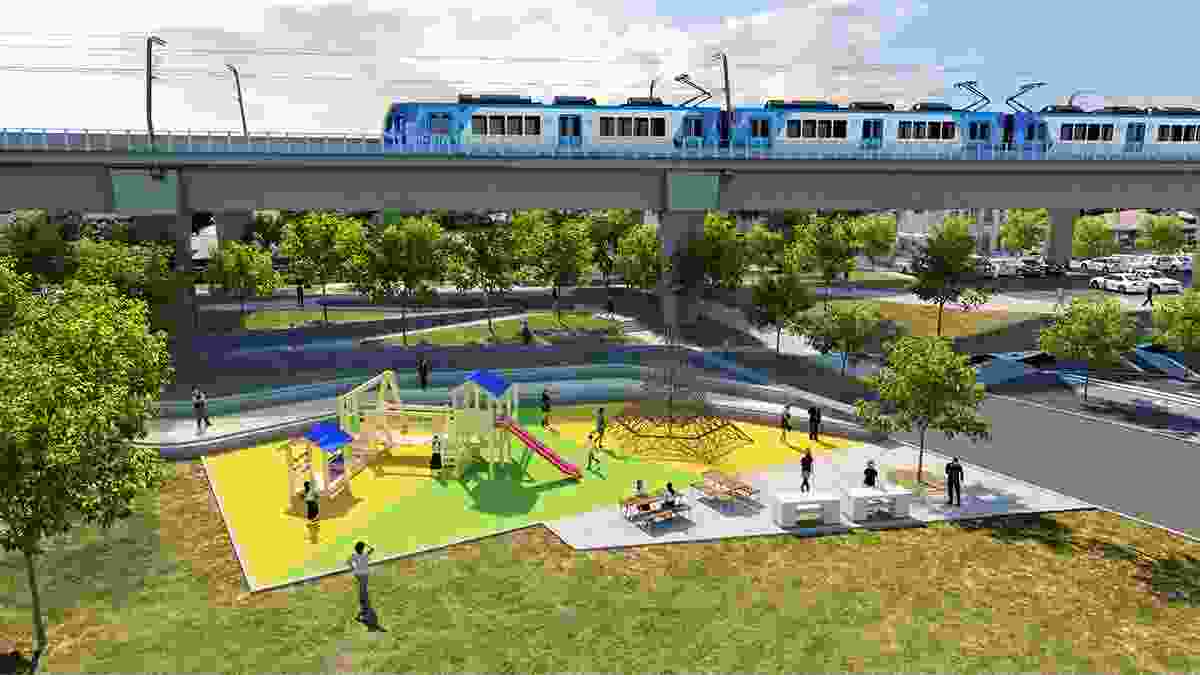 The Riley Reserve public space to the east of Murumbeena Station. 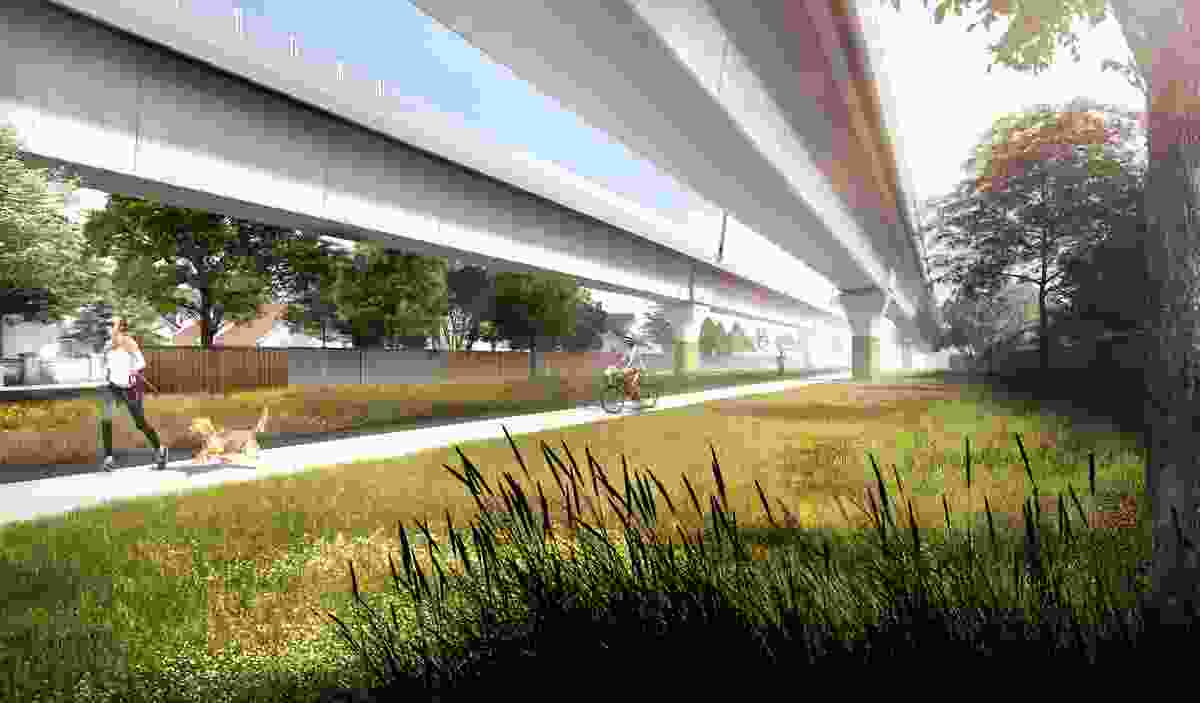 A linear park designed by Aspect Studios that would be created underneath an elevated section of the train line.