A ferry hub designed by Cox Architecture has been opened in Sydney’s Barangaroo by NSW premier Gladys Berejiklian.

A spokesperson for Cox Architecture said the design “provides an aesthetic reflective of the maritime qualities of Sydney and its iconic harbour.”

“The design features a limited palette of robust materials that provide a public domain interface and a proven attitude towards maintenance.”

The large wharf canopies were “crafted to provide a seamless and sculptural environment providing weather protection, awareness to the aspects of Sydney Harbour and efficient functional flows in a safe and secure context.”

In addition to designing the wharf, Cox Architecture was also responsible for a “significant” part of the land-side design, including the design of information and ticketing kiosks and investigations into pedestrian management and crowd control.

Andrew Constance, NSW minister for transport and infrastructure, said, “The fully accessible Barangaroo Wharf will help unlock capacity constraints on the ferry network, and commuters will be able to easily connect with the CBD via Wynyard Walk.”

Parramatta River and Darling Harbour services will now stop at the new wharf. Direct ferry services to Barangaroo from Sydney’s eastern suburbs will be available from October. 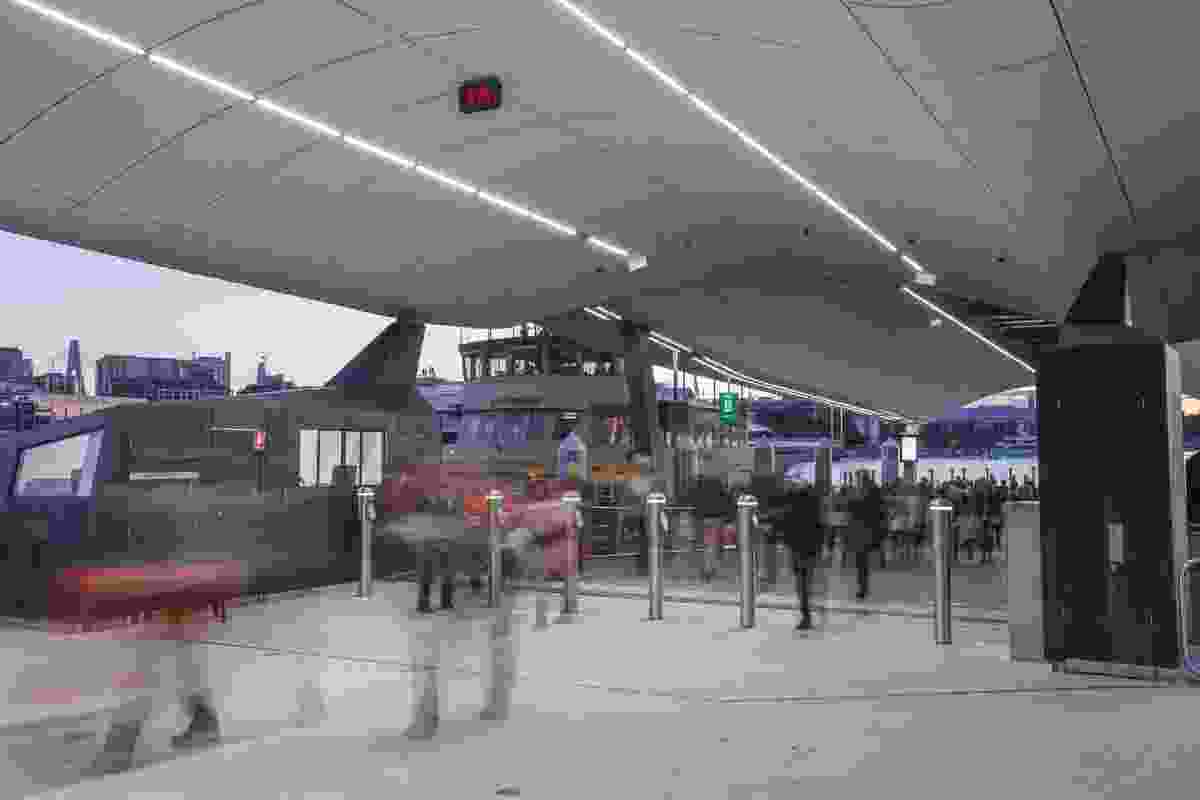 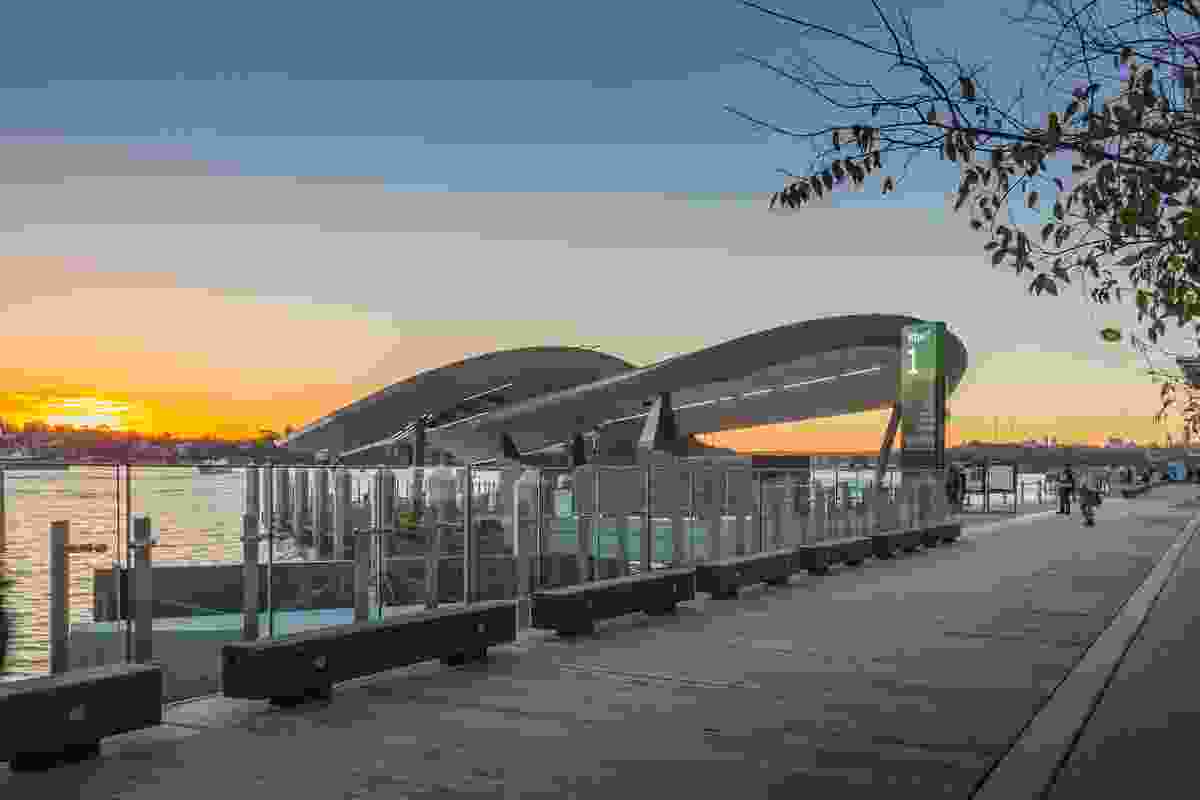 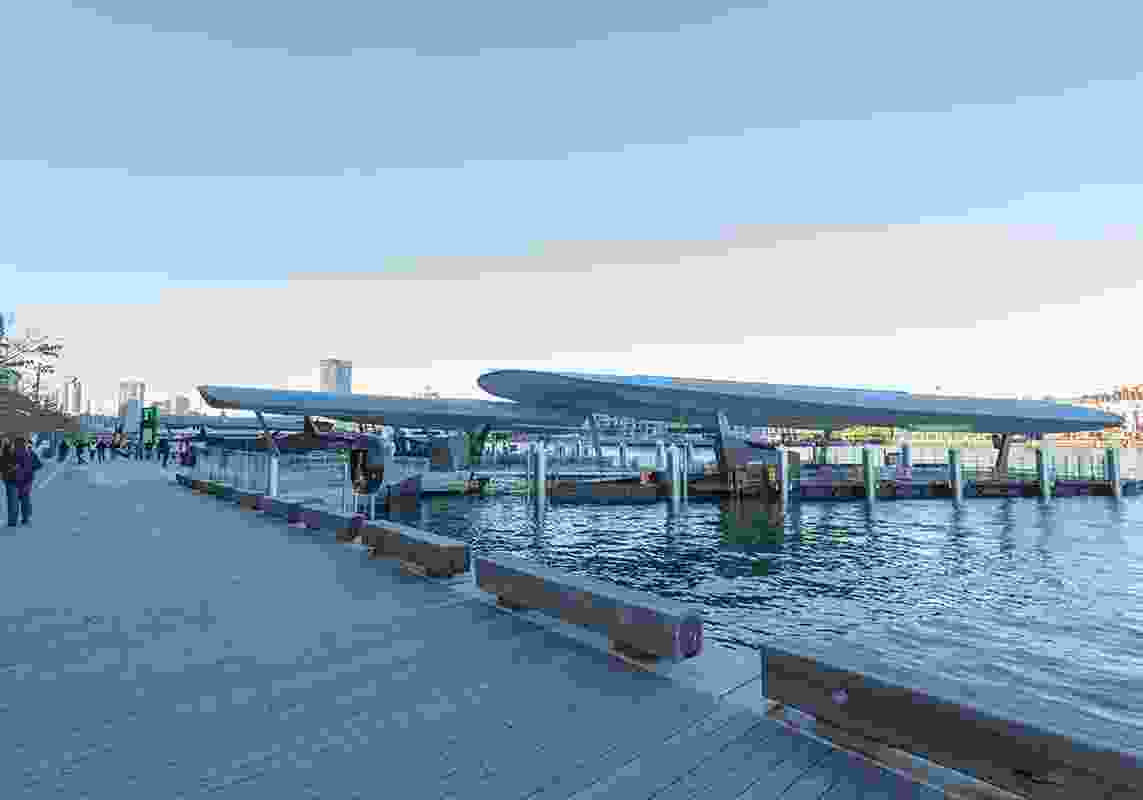 Diagram of the Barangaroo Ferry Hub by Cox Architecture.