Cox Architecture has designed the redevelopment of Rod Laver Arena, part of the $338-million second stage of the Melbourne Park redevelopment.

The redevelopment includes four “pods” or annexes, one of which will become the main public entrance to the arena. The upgrade also includes new food and beverage outlets, upgraded bathroom facilities, increased disability access and a re-skinned facade.

The venue was designed by Cox Architecture in association with Peddle Thorp and completed in 1988. The key objective of the redevelopment is to increase the flexibility of the legacy venue, which was primarily created to host tennis generally, and the Australian Open specifically, said Cox project associate Graham French.

Principal director at Cox in Melbourne, Patrick Ness, said Rod Laver Arena was one of the hardest working venues in the world in terms of the number of events it hosts. One of the key elements that informed the design was therefore the need to facilitate this.

The arena will remain operational throughout the redevelopment. “It’s a bit like performing heart surgery while the patient’s still awake. We’ve got this venue working and we have to do all this work around it,” Ness said.

The four pods are located at the north, south, east and west of the arena. The largest, situated at the east, will become the main entry point and will include bars, restaurants and club facilities. The annexes in the south and west are for food and beverage.

Ness said each annexe has been designed according to the space available.

Externally, people will be able to see the new pods as well as an expanded concourse running around Rod Laver Arena.

The venue is able to switch between tennis mode and entertainment mode, Ness said. Currently, visitors attending a concert must wait in the concourse before going into the performance area. However, the new pods will provide a space in which to have dinner or drinks.

During the tennis, the eastern annexe becomes an exclusive club for the players and will include change rooms and other amenities.

The refurbishment is the first major construction work to take place at Rod Laver Arena since it opened in 1988.

Other elements of the stage two redevelopment include a pedestrian bridge over Batman Avenue, designed by John Wardle Architects and NADAAA, which will create a new gateway from Melbourne to Melbourne Park, and an eight-storey media building designed by Hassell that will provide media and broadcast facilities for the Australian Open and house staff from Melbourne and Olympic Parks and Tennis Australia (currently under construction).

Stage one of the redevelopment included an upgrade to Margaret Court Arena by NH Architecture and Populous.

The redevelopment of Rod Laver Arena is slated for completion in time for the 2019 Australian Open. 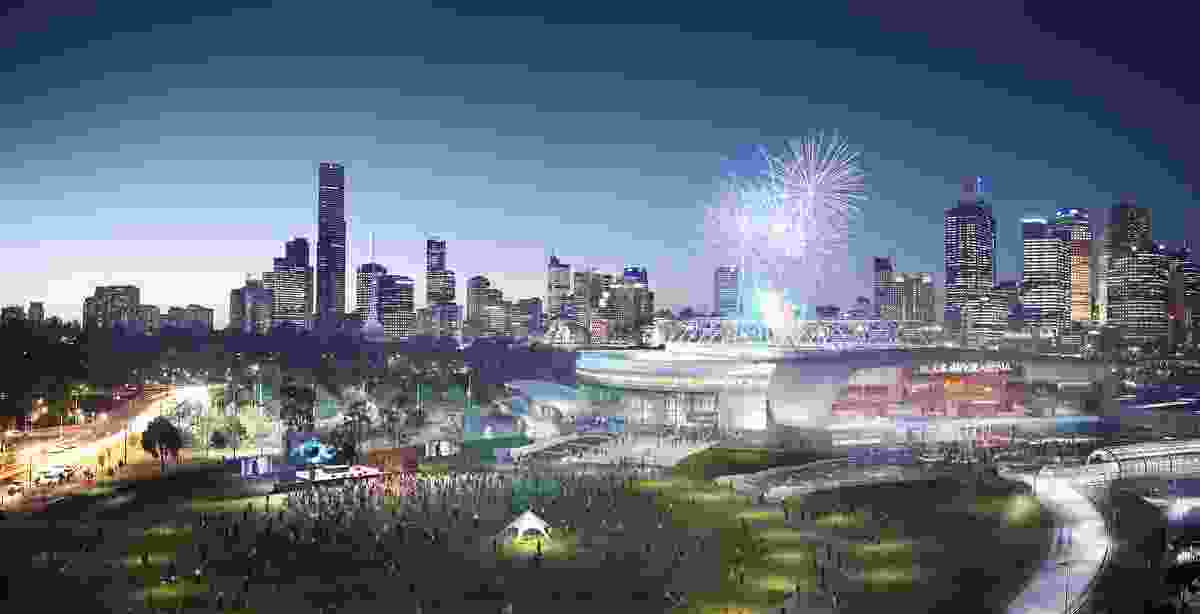 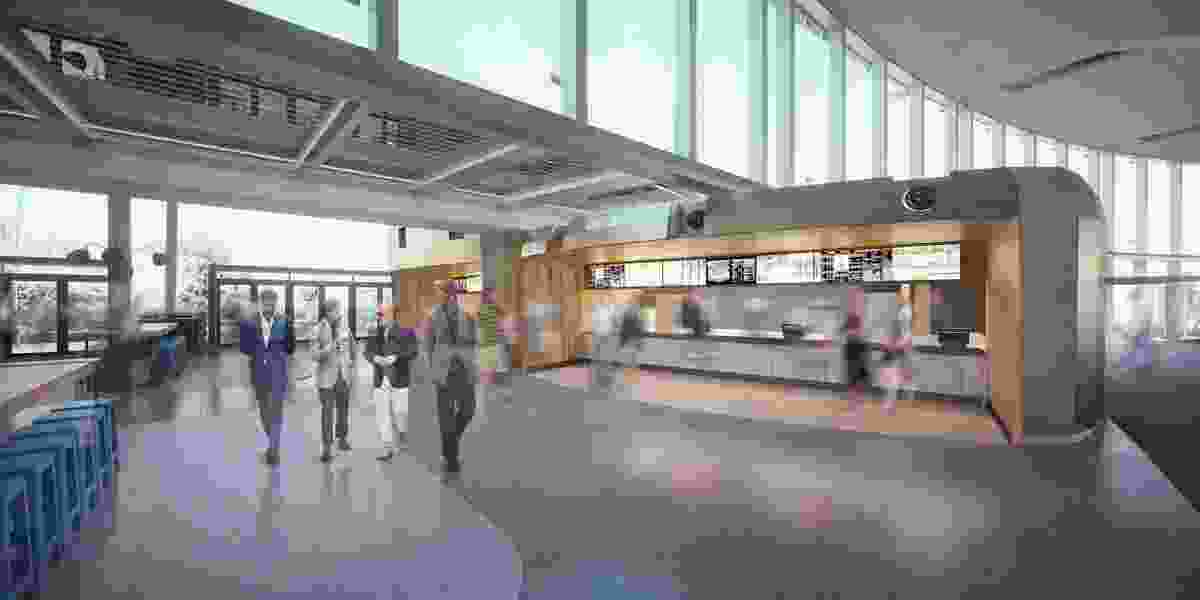 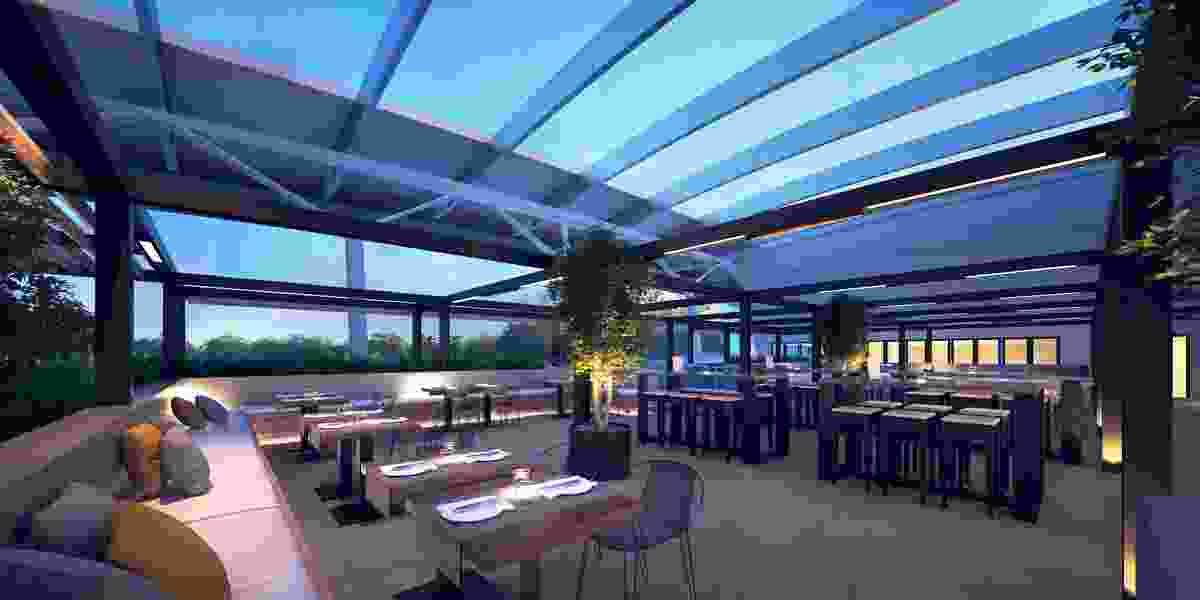 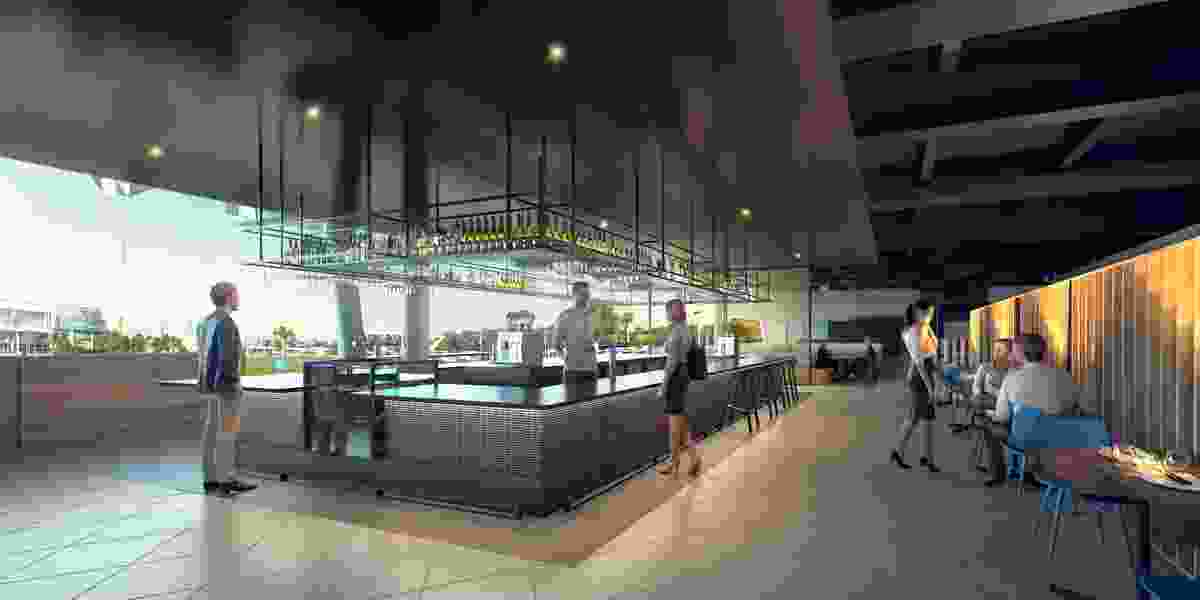