The Winton Shire Council has appointed Cox Rayner to design its new Waltzing Matilda Centre, after the old museum was destroyed by fire in June 2015.

The outback town of Winton, located 1,153 kilometres north-west of Brisbane in central western Queensland, is credited as the birthplace of the iconic Australian ballad “Waltzing Matilda,” written by Andrew Barton “Banjo” Paterson in 1895.

The Waltzing Matilda Centre was built in 1998, three years after the centenary of the song. The centre housed records of Banjo Paterson’s life and work as well as records of Winton’s history, including war medals.

Following the inferno that razed the cement-block building, the council invited expressions of interest from architecture practices around Australia to design a new museum. Nineteen practices responded and five were shortlisted.

Cox Rayner was selected and confirmed by the council on 7 April, one day after Waltzing Matilda Day, which commemorates the day the song was first performed. Cox Rayner is the architect of the Australian Age of Dinosaurs Museum, also located in Winton, which won a Public Architecture Award at the 2013 Queensland Architecture Awards.

Michael Rayner, a director of Cox Rayner, said the design of the new Waltzing Matilda Centre will be informed by Winton’s local history.

“There are many themes that come through and I’ve often said that Winton seems to […] punch well above its weight in terms of its history and culture,” Rayner told the ABC. “How we transmit that story will be very interesting, and it could be done in a much more dynamic way than, ‘Here’s Banjo Paterson’s poem,’ and you see it in a cabinet. We’re looking at things that are far more interactive.”

The rebuilding of the centre is estimated to cost $20 million and is expected to be completed in 2017.

Banjo Paterson wrote “Waltzing Matilda” at Dagworth Station in Winton in 1895. The sheep and cattle station was owned by the Macpherson family and Paterson was believed to have had an affair with Christina Macpherson while engaged to her best friend Sarah Riley. Documents lost in fire included letters written by Macpherson, reported the Courier Mail.

Macpherson is credited with tune of “Waltzing Matilda,” which is based on Scottish military song “The Craigielee March” – a tune she had heard a year earlier at the Warrnambool steeplechase. 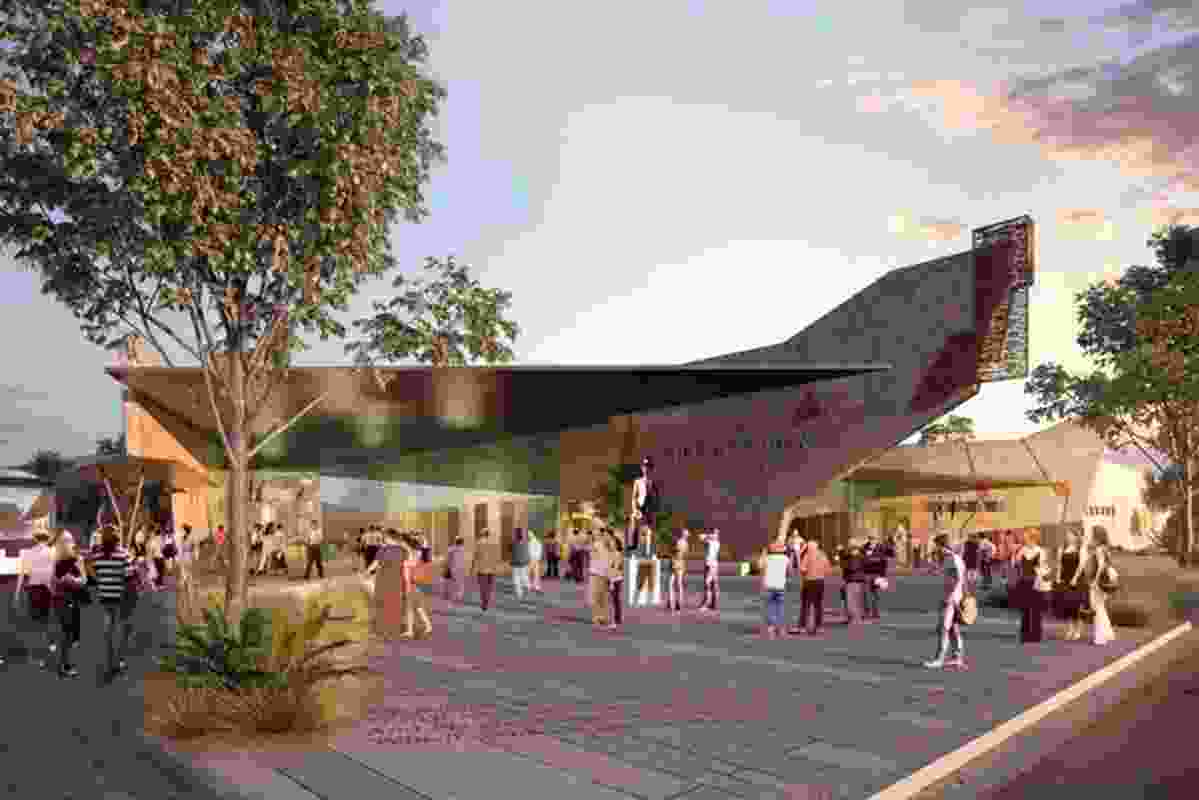