A visualization of the Gold Coast Integrated Resort to be masterplanned by Cox Rayner.

Developer ASF Consortium has appointed Cox Rayner for the masterplan of its multi-billion-dollar casino resort on the Gold Coast.

The Gold Coast Integrated Resort will be located on a five-hectare, state government-owned site between Sea World and the Fisherman’s Cooperative at Main Beach. It will also be a few hundred metres from the proposed Mariners Cove development designed by Zaha Hadid Architects.

As well as gaming facilities, the resort will include spaces for residential dwellings, entertainment, retail, hotel facilities, arts and culture, and outdoor activities.

Cox Rayner has been charged with “creating a place that responds to the healthy lifestyle, outdoor living and the sense of fun that the Gold Coast is known for.”

Principal Michael Rayner said, “A project of this scale requires a considered approach that takes into account location, function and sustainability.”

The masterplan will be submitted as part of ASF Consortium’s detailed proposal to the Queensland government due in the first quarter of 2016. The submission will then go to the Gold Coast City Council for review.

A previous plan for the casino resort was proposed for Wave Break Island and included a cruise ship terminal. It was rejected by the state government due to concerns over the environmental impact of the dredging that would have been required.

ASF Consortium is a subsidiary of Chinese-Australian investment company ASF Group, which is backed by Chinese state-owned companies. The Australian Financial Review reports that it faced competition for casino licences in Queensland from Hong Kong-based Aquis Entertainment, which is developing the Cairns Casino, designed by international architecture practice Aedas.

In 2015, Aquis appointed Cox Architecture to design a $330 million redevelopment of Casino Canberra which it purchased in 2014. 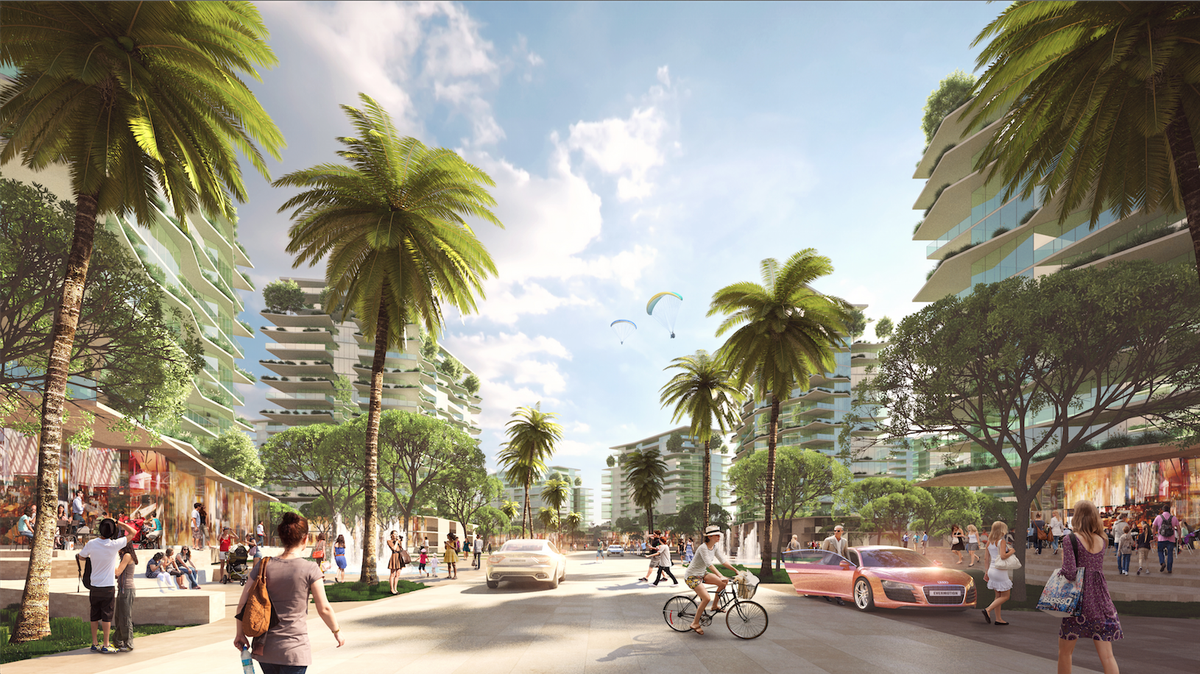 A visualization of the Gold Coast Integrated Resort to be masterplanned by Cox Rayner.