A group led by the Cradle Coast Authority has released a masterplan for Tasmania’s Cradle Mountain – part of the Tasmanian Wilderness World Heritage Area – that would see the introduction of an aerial cable car and a new visitor centre at the tourist spot.

The masterplan was developed by Inspired by Marketing, a masterplanning and tourism development consultant, with Cumulus Studio involved in the architectural and urban design elements of the plan.

Under the masterplan, a cable car system would replace an existing shuttle bus system, a viewing shelter would be established at the nearby Dove Lake, shelters and lookouts would be introduced on a walking track around Dove Lake and a new Cradle Mountain visitor centre would be built, incorporating a restaurant, shops and an entertainment area.

Cradle Mountain is situated in Cradle Mountain-Lake St Clair National Park in the state’s central highlands region, and during 2014-15, the site attracted around 190,000 visitors. The Cradle Coast Authority estimates that the upgrades to the site could attract an additional 59,000 visitors each year.

The group that commissioned the masterplan includes the Cradle Coast Authority, the Tourism Industry Council Tasmania, Kentish Council and Tasmania Parks and Wildlife Service. The group hopes to secure funding from both the state and federal governments and private investors for the plan, which is estimated to cost more than $140 million.

Under the plan, the current visitor centre would be transformed to offer an “alpine village feel” with a collection of buildings with a strong connection to the surrounding landscape. The new visitor centre would contain a cable car transit centre and event and gathering spaces.

The masterplan recommended an aerial cable car system as the preferred transport system between the visitor centre and Dove Lake and Cradle Mountain. The system would arrive at Dove Lake partially underground.

The Dove Lake area would see the establishment of a new viewing shelter with panoramic views of the nearby landscape, pods or shelters along the six-kilometre Dove Lake Circuit walk that integrate into the surrounding environment and the natural rehabilitation of an existing car park.

According to Cumulus Studio’s design statement, sensitivity to the natural environment was a key consideration under the masterplan.

“It is envisaged that the buildings should feel solid and grounded, as if sculpted from the site or carved from a solid rock by a glacier,” the statement said.

“Buildings were designed to enhance the visitor experience by revealing views and other aspects of the landscape, culminating in a chance to reflect and contemplate the environment in the viewing shelter at Dove Lake.”

The visualizations produced by Cumulus Studio are based on the masterplan. 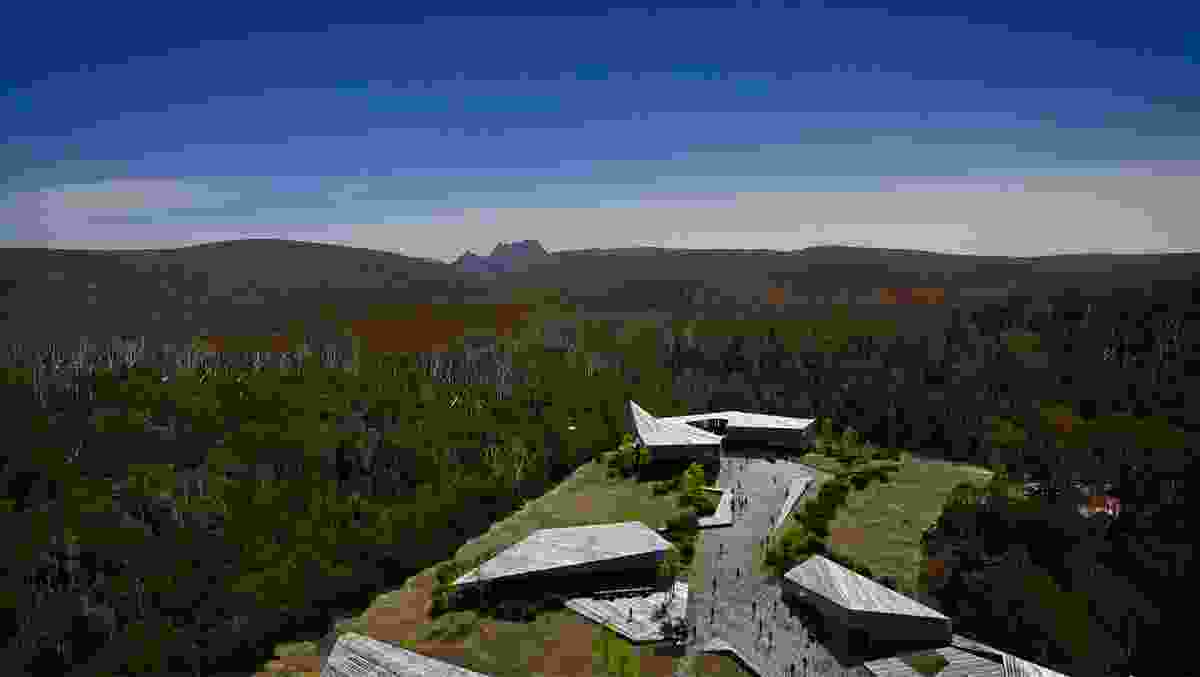 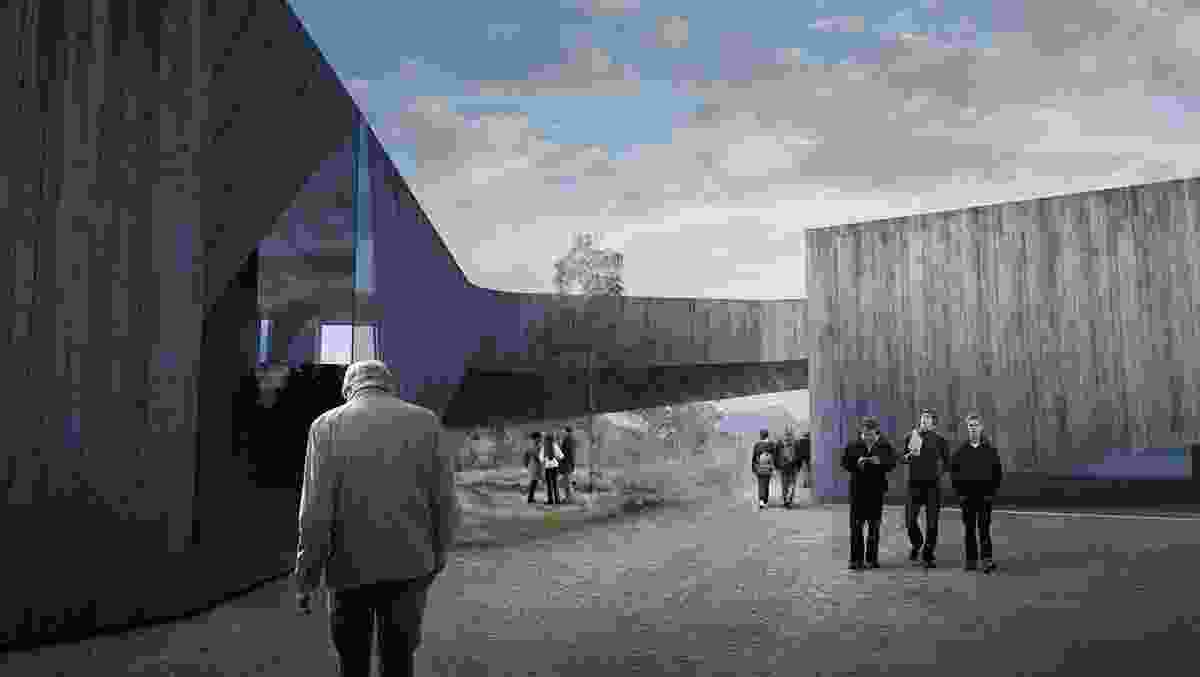 The proposed new Cradle Mountain visitor centre would be transformed to offer an “alpine village feel.” 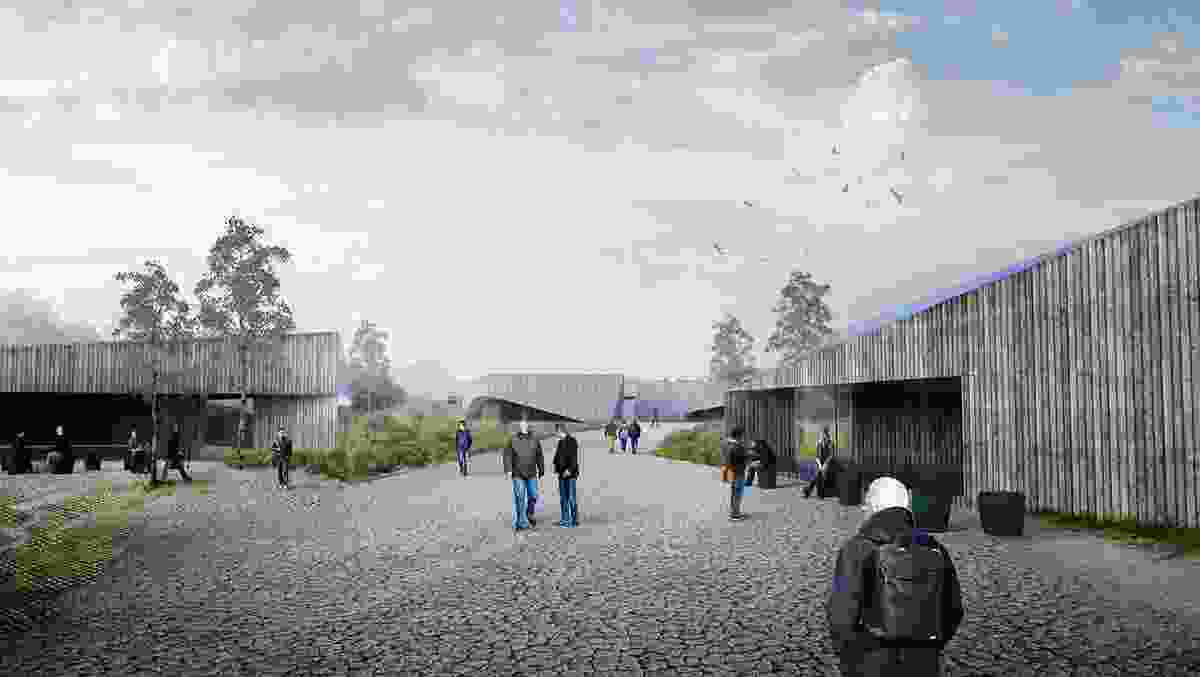 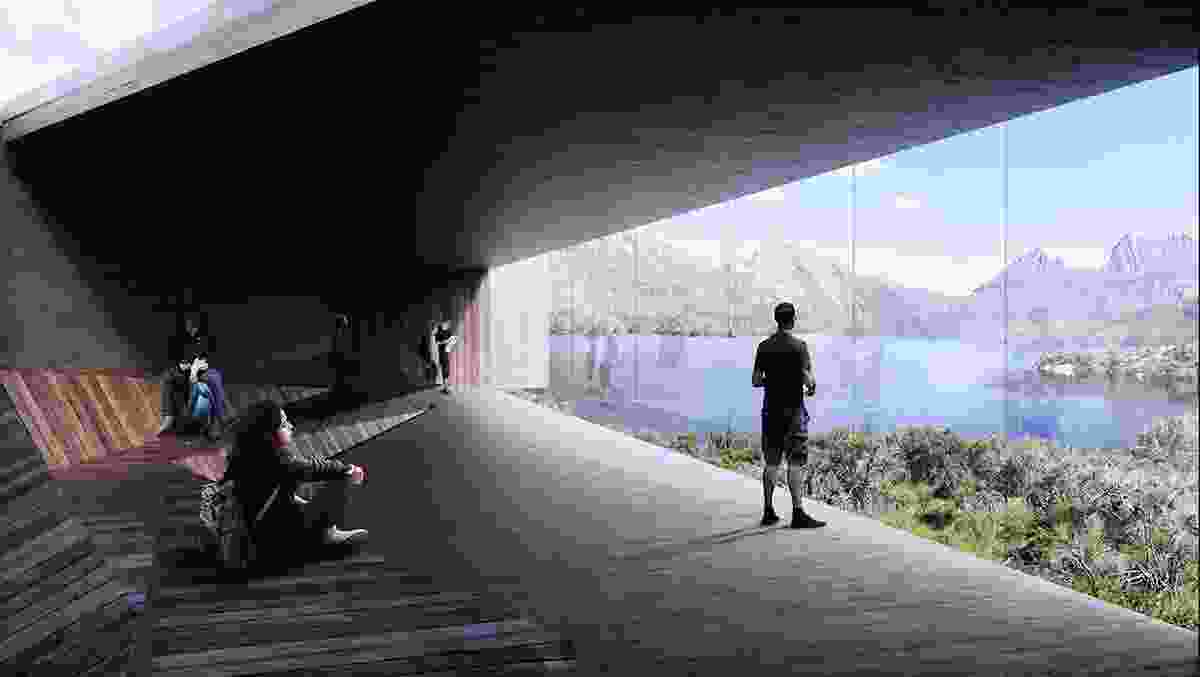 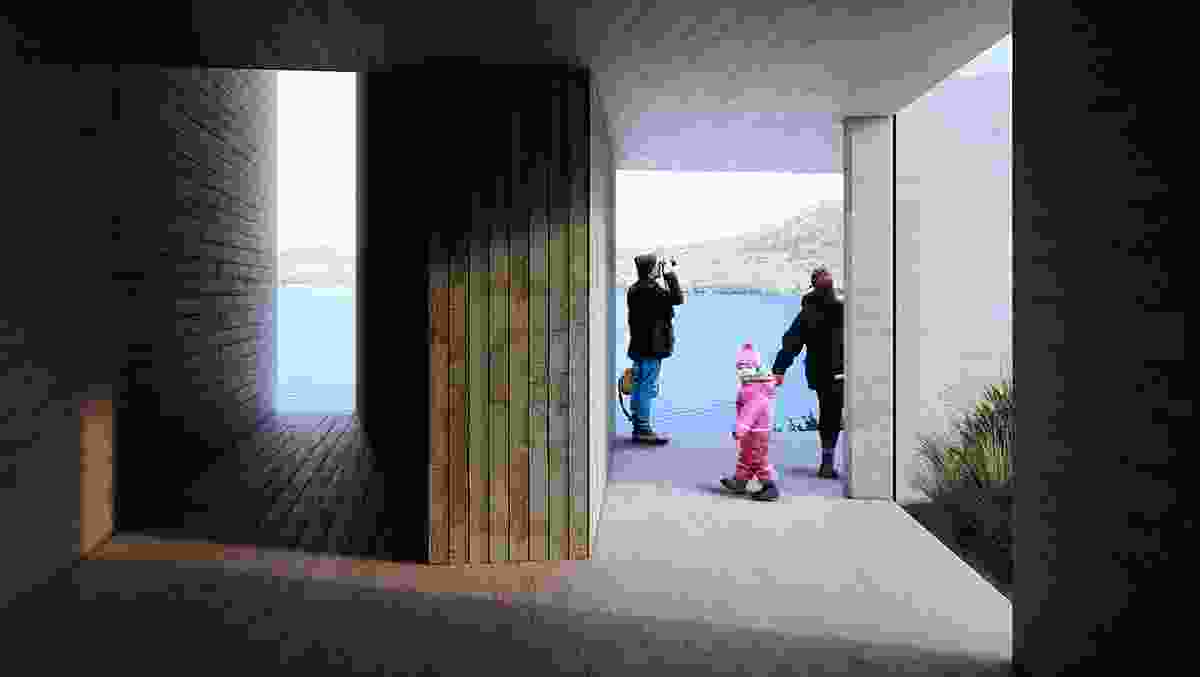 Part of the proposal for a new viewing shelter at Dove Lake. 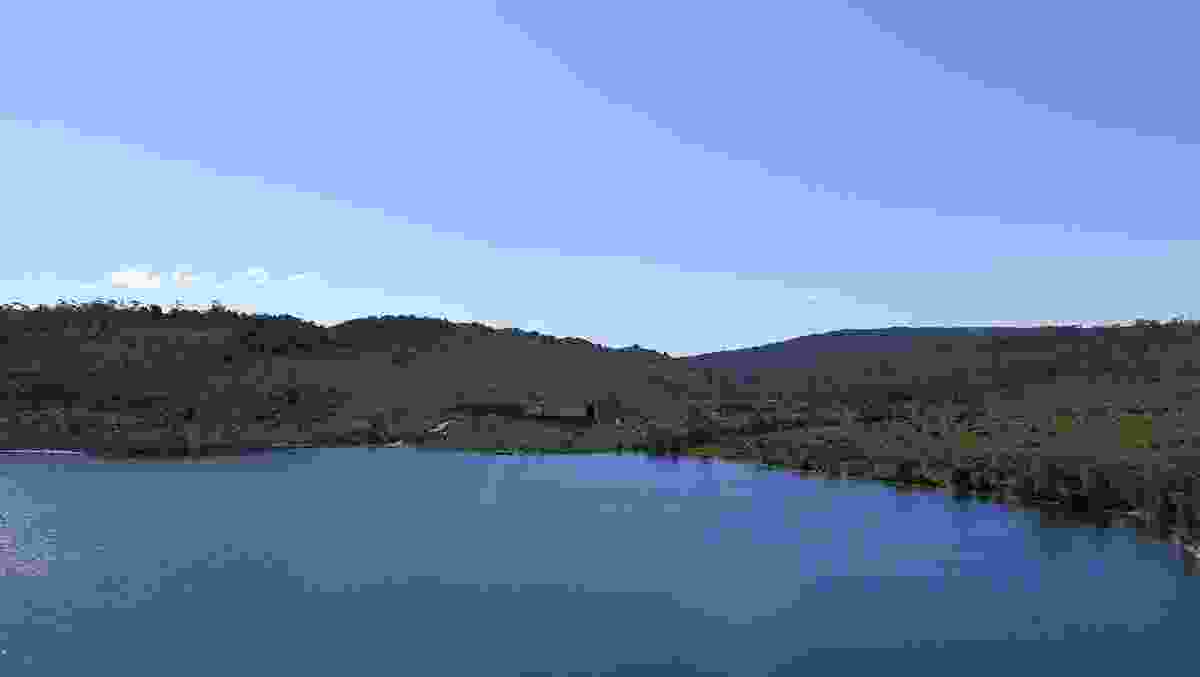 A viewing shelter at Dove Lake would be designed to integrate into the surrounding environment, which forms part of the Tasmanian Wilderness World Heritage Area.